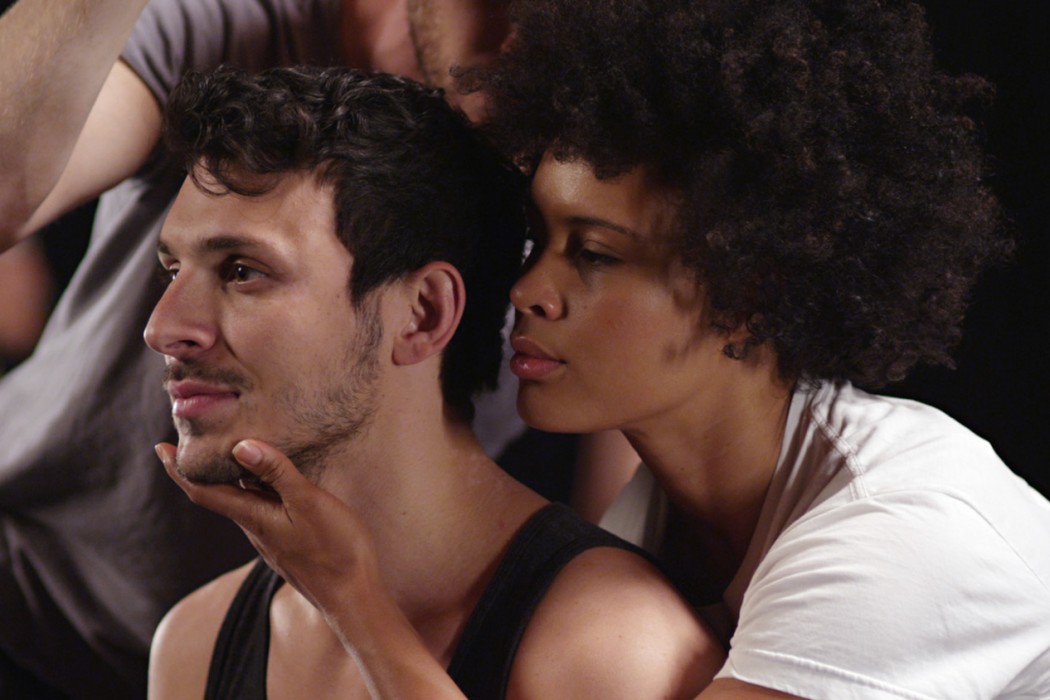 PADDY: David, when you’re making a piece, do you shoot material that you will use on the go? Or is the final footage a polished, rehearsed version of what you’ve worked on?

DAVID: It’s a little bit of both. Probably more of developing things before we film them, but some scenes are definitely more improvised, it can create a great texture that’s hard to make with polished film work.

PADDY: How has the rise of digital filmmaking changed the way you work?

DAVID: The technology has assisted me enormously. When I first started I worked on the MiniDV cam format, on a very domestic camera, and just edited my own work at home. That started me off and introduced me to the possibility of making my own work, and then more recently when I’ve wanted to try different things and more filmic looks I’ve worked with more professional film crews. Often with fairly restricted budgets though, so mostly we work with digital cameras – the RED, the Alexa. It’s meant we can look really great, accessibly. 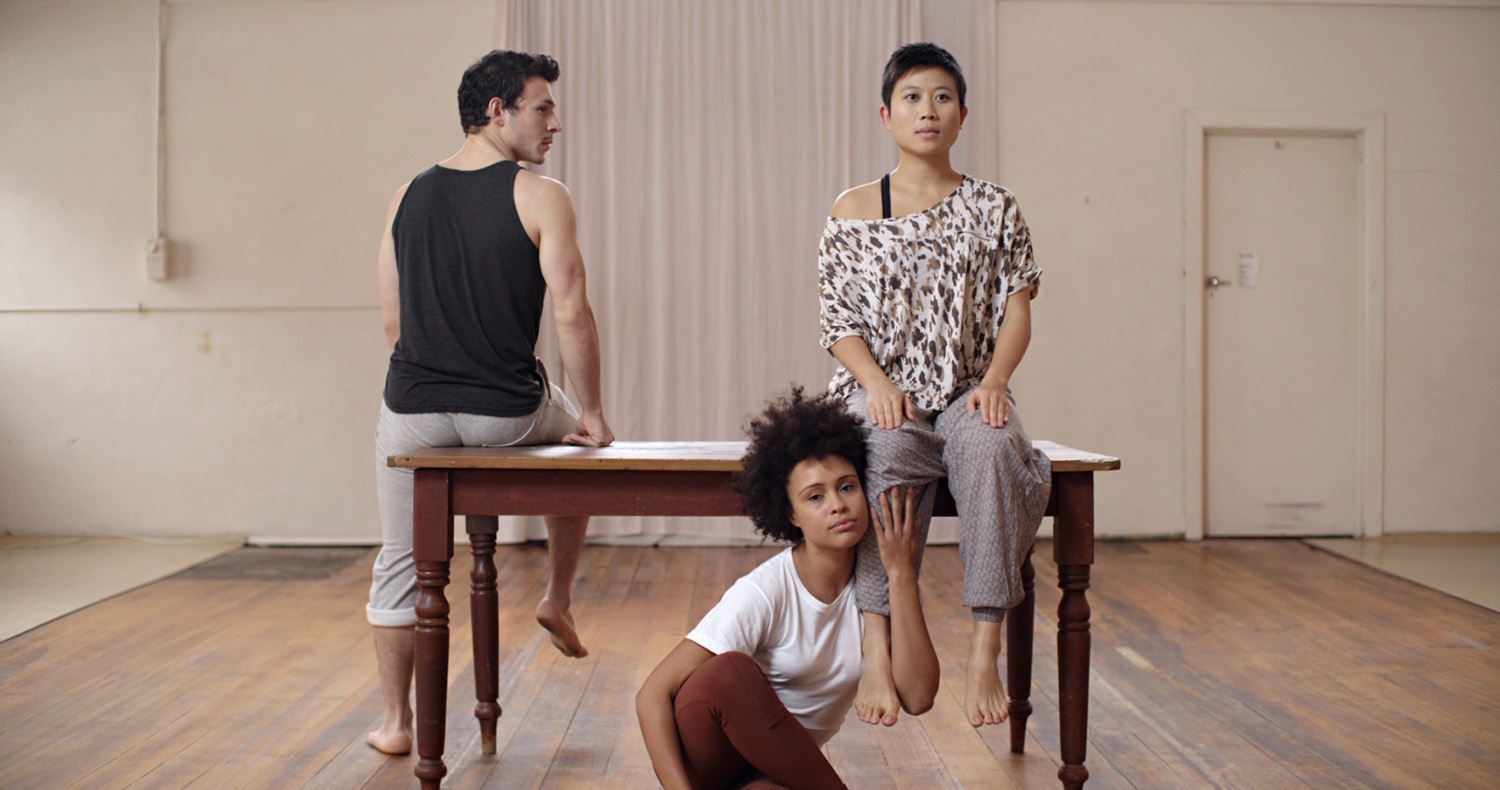 PADDY: Do you shoot your own stuff these days?

DAVID: No, not really. I’ve worked with Katie Millwright now for a number of years now, she brings incredible ideas and skill to a project, and working with people like that just adds so much.

PADDY: Do you edit?

DAVID: I work with an editor – it allows me to get some separation from the material. Often we go into the edit right after we’ve shot, so the objective eye is hugely beneficial. It becomes a conversation, and I really enjoy that collaborative aspect.

PADDY: How collaborative is the edit? How strongly have you got a vision in your mind before you start cutting?

DAVID: Depends on the project a bit. Sometimes the edit choices are fairly self-evident. With this project, Gaps, it’s been a bit different; we’ve tried some different things in the shoot which have meant options in the edit. Where I always start though is watching it through with the editor and chatting about it. I don’t want to come in and impose strong restrictions early. It’s always through conversation that we get where we end up. 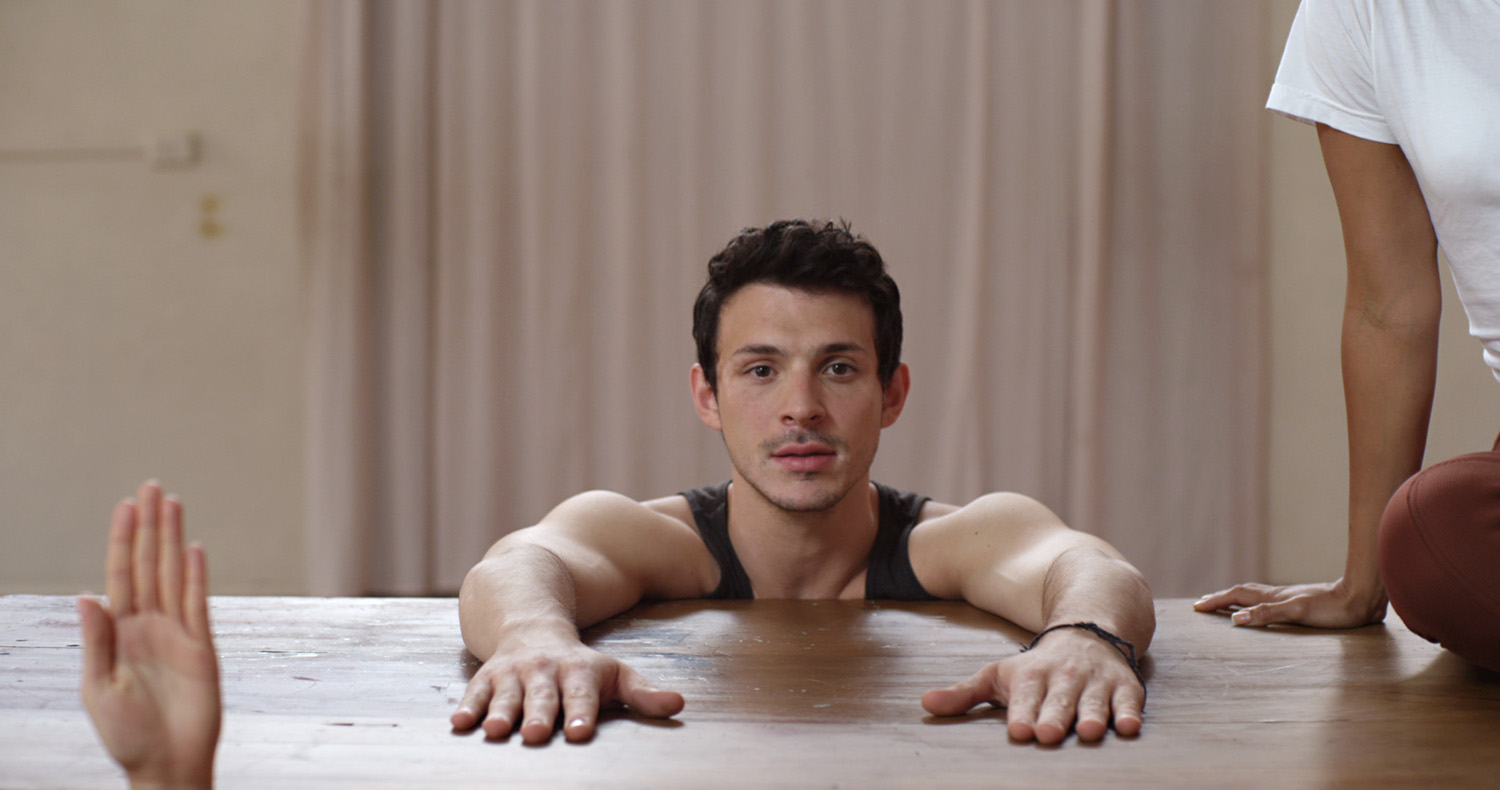 PADDY: Do you have the same collaborative approach to shooting format, or do you like to stick with your favorites?

DAVID: Earlier on I liked to stick to 16mm. That was based on look – I loved what you got from real film. But more recently, the current crop of cameras mean I can achieve that a lot more affordably. Sometimes that’s RED, sometimes it’s 5D, often it’s budget dependent. It’s always a conversation with the DP though, I don’t make that call alone.

PADDY: Has digital film affected the way you do your portraiture and the performances you get?

DAVID: Usually I have fairly definitive script and idea of what I want to capture, rather than an improvisational approach. Gaps has been a bit more loosely structured.

PADDY: Tell me a bit about Gaps.

DAVID: My practice is very cross-disciplinary. I come from a visual arts background, and I show most of my work in art galleries. But I’m also really interested in narrative and experiential cinema and TV. Identity, subjectivity, the formation of the self. Video and moving image is the perfect medium to explore that. Recently, I’ve been getting more and more into collaborations with people from theatre, dance, film and TV. Gaps is a continuation of my interest in working across different art forms.

The process of development that goes into making a work is fascinating, and that’s what Gaps focuses on, that process of creating.

The setting is a dance studio where a choreographer is working on a piece with dancers and actors. The texture shifts form documentary feel into a more theatrical space. I love that shift, those differences in tone. 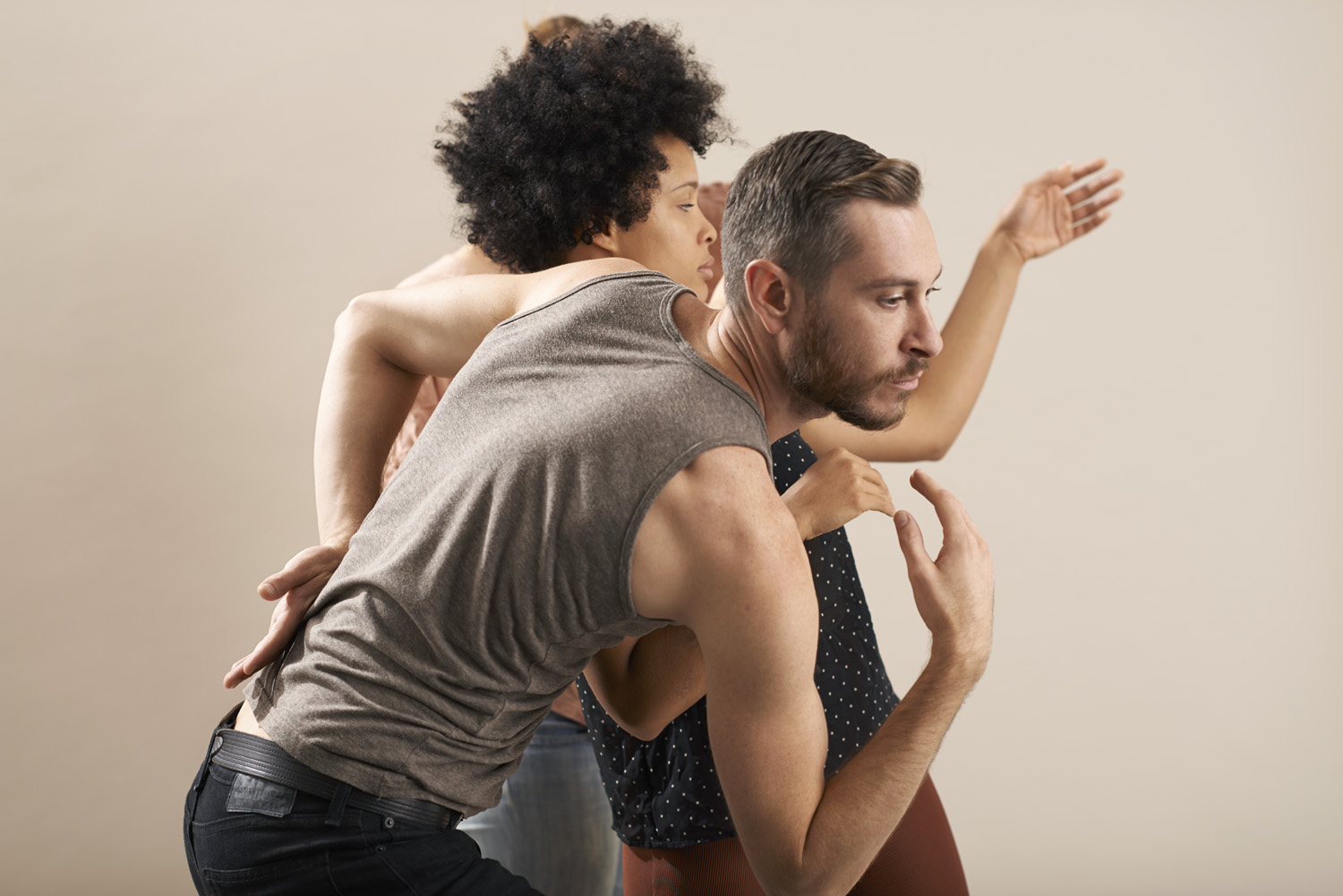 PADDY: What camera did you use for Gaps?

DAVID: For Gaps I’m working with David Franzke who I’ve worked with a lot. There’s a strong dance element and choreography that calls for a lot of music. Again – it’s a matter of a conversation about tone, texture, and then David does his thing. Sometimes I use the recorded sound of people in the space, sometimes just music, sometimes both.

PADDY: Do you produce your films to the specific space you’ll be showing in, or do you shoot and figure projection out later?

DAVID: I saw the ACMI space before I made the work, but it’s a fairly neutral space. When the instillation isn’t the main focus, when it’s the film itself, it’s less of a concern. 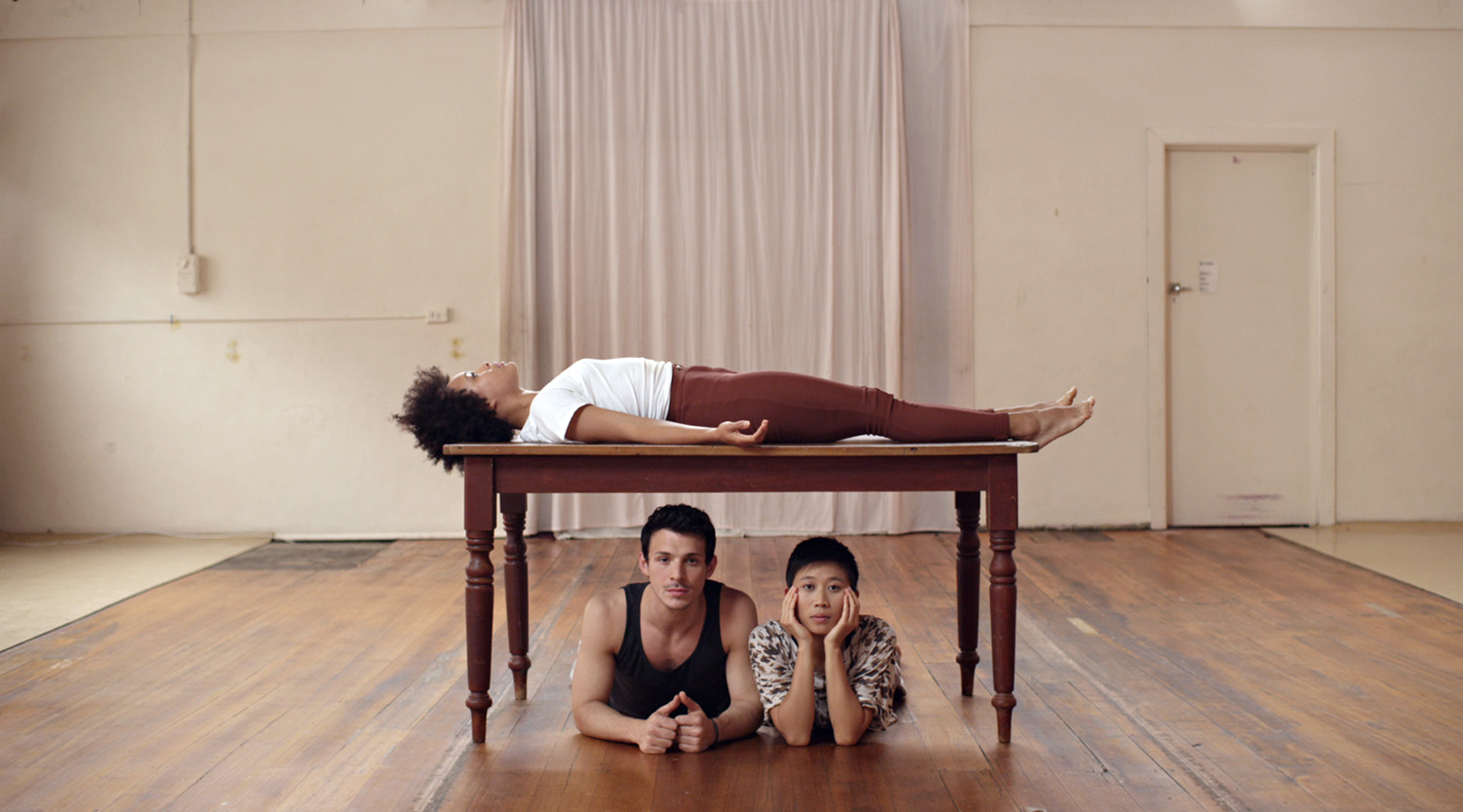 PADDY: What’s next for you? Will Gaps travel after its ACMI season? Do your works often travel?

DAVID: Gaps is a co-commission between ACMI (Melbourne) and Carriageworks (Sydney) so it will show at those two locations. Often my works do travel, because video is so easy to send around.

PADDY: Working on anything else, David?

DAVID: I’m working on an artist book of stills, and I’m developing a script with a screenwriter – more on the conventional narrative side of things. That’s something I’m increasingly interested in. Something I want to explore alongside my video art practice.

DAVID: Yeah – start going to a lot of galleries. Contemporary art spaces. Get familiar with what’s being shown. You can see a lot online too. Start making stuff, and don’t be afraid to approach galleries and try to have your work seen by audiences. A lot of galleries show work by emerging artists. Start a dialogue with the right people and you’re halfway there. Conversation is king! 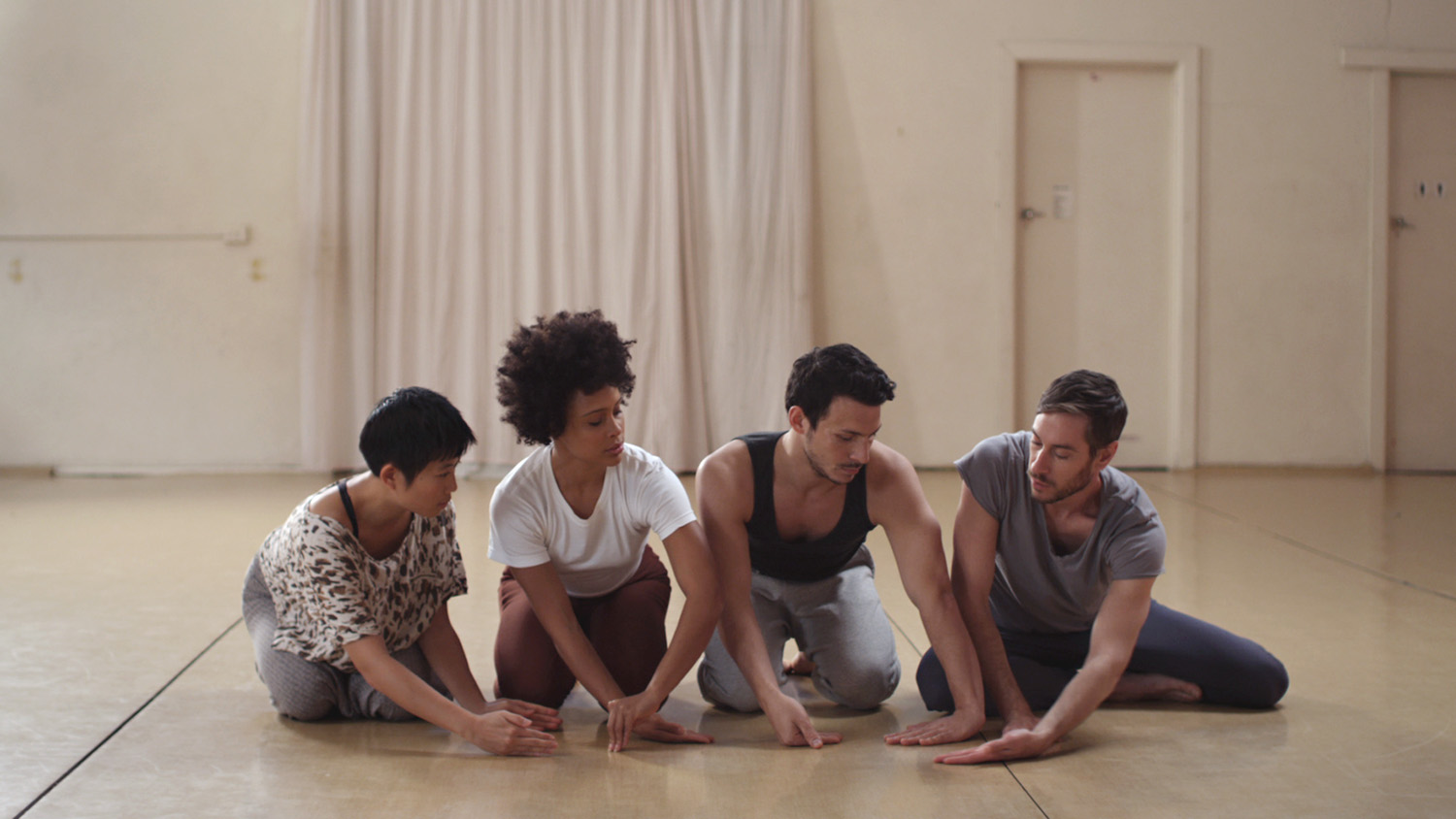 “When I tell people I’m a Colourist, they’ll often ask me what I think of their hair colour.” It’s a funny anecdote, but is…