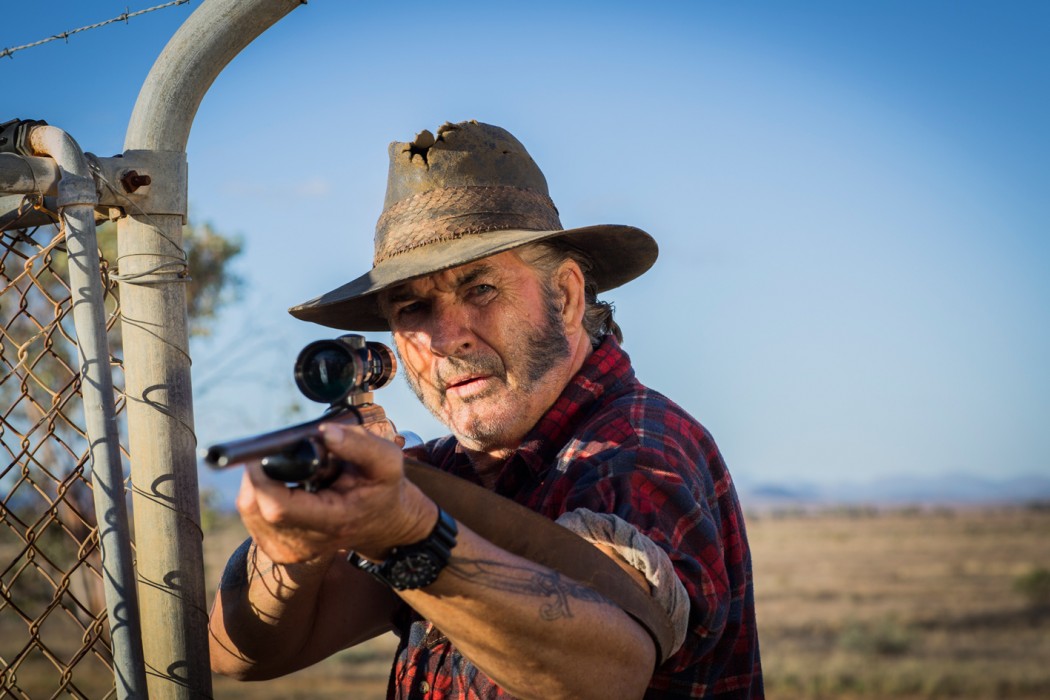 Spearheading the next generation of feature film editors is Sean Lahiff, recently finished up on Wolf Creek 2 and already setting his sights on the next thing. Sean talks tech, professional journeys and why John Jarratt doesn’t scare him.

When I chat to Sean he’s in his home town of Adelaide. It’s where the vast bulk of post-production was done for Wolf Creek 2 and while he does travel a lot for work, he sounds happy to be home.

I’m eager to talk about the post-production pathway with Sean, and in particular to interrogate his choice of editing platforms. There’s been so much press, often inconclusive, recently about the battle for supremacy between Final Cut Pro, Avid and Premiere Pro.

Sean is an Avid man. “Most of the films I’ve worked on have been AVID, and I think it’s foolproof. For WC 2 we edited on Avid Media Composer. It’s great – stable, used everywhere, it can handle really big projects, but the most valuable aspect of it was that we had it on an ISIS system, which meant that me and my assistant editor could work simultaneously on the same project. They can prepare things for me, lay in sounds etc, and then I open the sequence and it’s ready to go. It’s a very efficient, fast, secure platform to work on.”

“At high school, I learned on Premiere, then moved to FCP, and then Avid. I still turn to FCP for small projects now and then, but for the big stuff it’s AVID for the robust workflow and file organisation.” 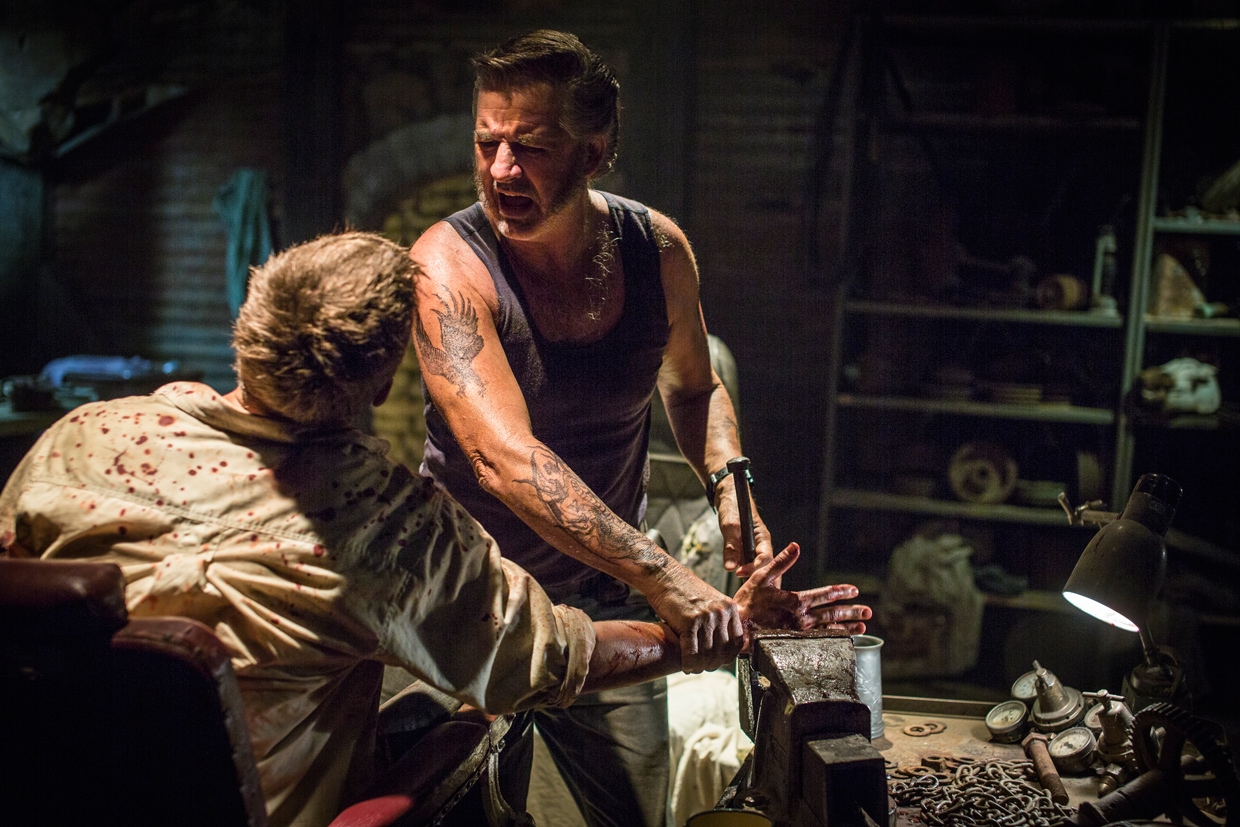 Paddy: How much does that matter? The program itself?

Sean: Well, there are key differences, which on big projects have significant implications. But if you have a good story you can edit on anything. At the end of the day, you have two windows, a timeline, with in and outs and a bunch of clips. In that way, all non-linear programs are all fairly similar. It’s like the difference between a shovel and a pitchfork, they produce similar results, just in a slightly different way.

Paddy: So what was the editing process like on Wolf Creek 2?

Sean: On set, the crew fill up the cards on the cameras (Arri Alexa, Canon C300 and GoPro), and the data wrangler will take the data to the Digital Imaging technician. That technician will prepare all the footage that was shot and turn it into Avid media and make rushes for the key creatives to watch.

It’s a relatively new role which means us editors don’t need to ingest footage. We just open up an ALE (Avid Log Exchange file), and everything is there. The director can watch rushes a lot faster. We then get the hard drives sent to the edit suite, and the post-house gets the RAW files on drives to file away.

There are 2 deliveries each day, so everyday we would get yesterdays footage and the assistant would ingest, sync sound, bin all data, add continuity information and then I’m ready to go. It saves a huge amount of time, and it’s an extra security layer for the producers.

The DI technician had a great setup – he had a converted ambulance out of set, he had a TV, an edit suite, it was very cool. Greg could just pop in there and watch things back.

At the end, I delivered a finished edit, EDL (Edit Decision List) and AAFs (Advanced Authoring Format), optical lists, and VFX lists to Marty Pepper (VFX supervisor and colourist). He re-created the edit in his system with full res images and graded on Lustre.

All the format differences are negated by the DI technician, so when I receive them the only difference is image quality.

It was a very smooth process. The big thing is planning before the shoot, and we did that very thoroughly, which saves huge time and money.

I’d do a 10 – 12 hour days, try to mimic what the crew were doing. When we moved the edit to Melbourne though, because I was away from my social circles in Adelaide, it really became my whole life.

It was all day and all night sometimes, it was all part of the fun though, and I was so set on doing a great job.

Paddy:  What was an average day like, if there was such a thing?

Sean:  I’d turn up about 7:00 with a days worth of footage to work on, and edit away. At the end of the day, I’d end up with the previous days shoot in a few different rough-cut versions with temp sound. I’d send this to Greg for feedback. He was always very enthusiastic. This speed meant for pickups that he could go and get them in the right location.

We started with the truck chase, and they’d strapped cameras all over the place. And they were long takes – sometimes 10 minutes. To edit that together was easily the hardest thing I’ve ever had to do. We had to chip away at it for ages – we didn’t finish it until the end of the edit. I basically had to edit it mute, it was so distracting listening to the sound change all the time. It was a bit intimidating, but Greg was great. He told me to just follow the script, get something down on the timeline. We can always replace that ram with a better ram, we just needed to get the chronology right first.

Paddy: I’ve always wondered what it must be like, sitting in a dark room stitching together shots of people in pain. Does it take a toll on your mental state?

Sean:  It’s fine. Because you see it comes through in such a disassembled state, it doesn’t feel real. You see the slate, hear the <‘action!’> call, hear the laughter at the end of the take. It’s only when you start putting all the shots and sound FX together that you realise how nasty some of the stuff is. Greg and I would put something together, a decapitation for example, and then sit back and really see how it works.

John Jarrat and his dark humour kept the mood light though – kept us laughing even through the really dark bits. I love horror films though, so it’s stuff I’m used to watching. 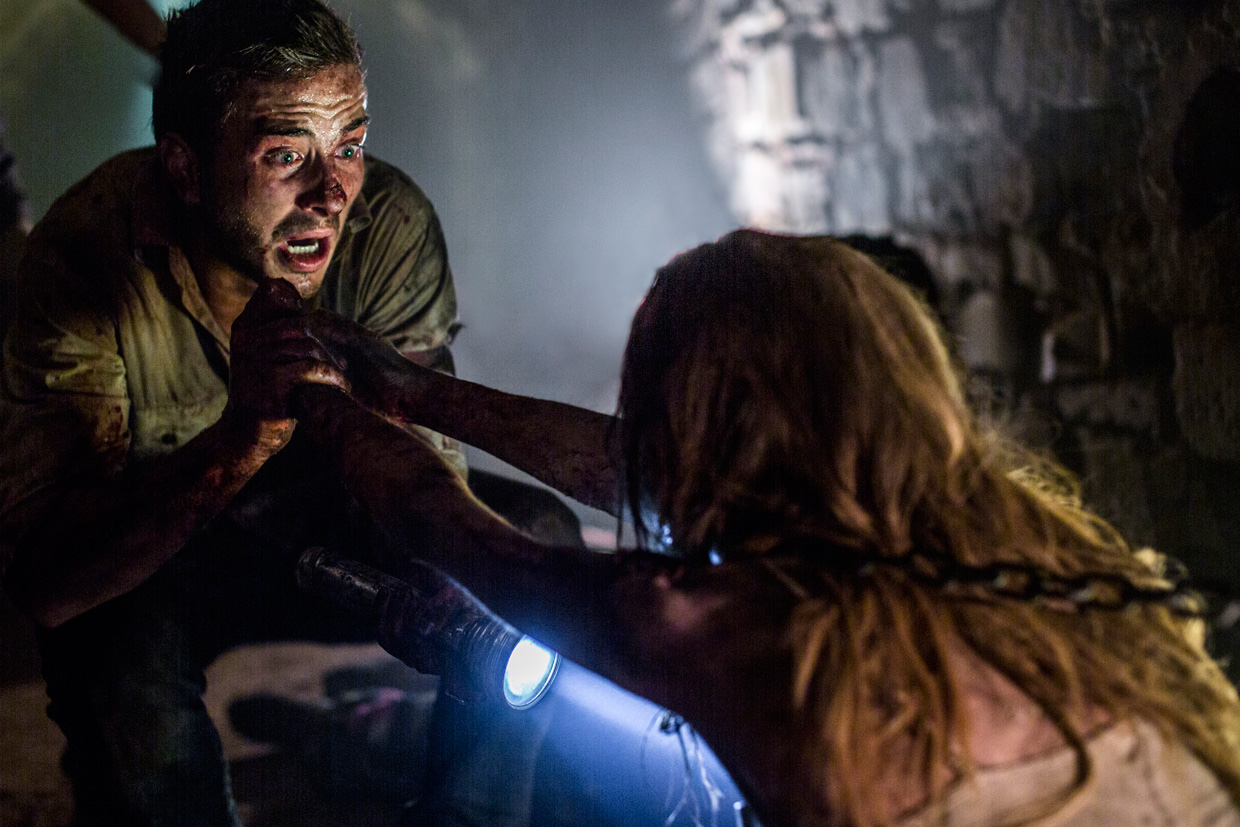 WolfCreek 2, Ryan Corr as Paul in a tunnel with Mick Taylor a victim.

Paddy: How do you know if it’s working? Horror, drama, comedy, how do you tell the difference between a scene the really clicks together and one that is somehow off?

Sean: One of the big things with editing feature film is that you need to be confident with your work, and what a scene or a sequence is doing. You need to trust your instincts. We had test screenings where we’d watch people jump at the jump bits, and laugh at the laugh bits.

Greg and Toby plan and storyboard pretty heavily, which helps. A lot of the editing is suggested by those, which suggest pace.

I end up getting a load of shots and get creative licence to put them together the best way that I can.

You use your own judgement to choose the best bit of each take and put them together. We do these passes of the film – not perfectly, but to the point where it’s working. And then we build on them in subsequent passes.

Greg was really open to be shown stuff. He understands how collaborative an art form feature film is. That you’ll always get the best results if your artists are allowed to explore.

The biggest challenge when editing is that it’s easy to make stuff look cool, snappy and fast. But having the ability to step back and look at the bigger picture requires more thought. Seeing the value of the scene within the wider film. Looking at the scene as part of the whole film.

Often it’s matter of condensing, of cutting down. Tone can also be a difficult thing to get right, too. That’s something you get better at with experience.

It’s also easy to get attached to work you’ve done, but you need to step back and see if it’s really adding to the film. Editing VFX sequences can be hard too – editing things that aren’t actually on the screen.

And then there’s the labour of editing – there were plenty of times we used about a second from a ten-minute take. There was a lot of trawling footage.

Paddy: Got any tips for aspiring editors, Sean?

Sean: Yep – the big one is just to edit as much as you can, and as wide a variety of projects as possible. It’s much harder editing things that aren’t professionally made, which makes you get better and faster at decision-making.

Learn AVID and FCP, and get a general knowledge of all sorts of editing software. Join the Australian Screen Editors Guild. Assist on big projects. I started doing tape room work at night for ages and met loads of great people. Working on lots of things tells you what you like and where you want to specialise

No other person on the crew works as closely in a one on one environment as the editor does with the director. Pace, tone, all these things end up at the editors fingertips. And directors know it.

Paddy: Thanks Sean, sounds like it was quite a ride.

Sean: It was amazing. I felt truly privileged to be working on it – I had to pinch myself sometimes. Sitting in a quiet, dark room in Adelaide with my assistant. Sometimes I’d think: “Hey, I’m editing Wolf Creek here! How did that happen?”