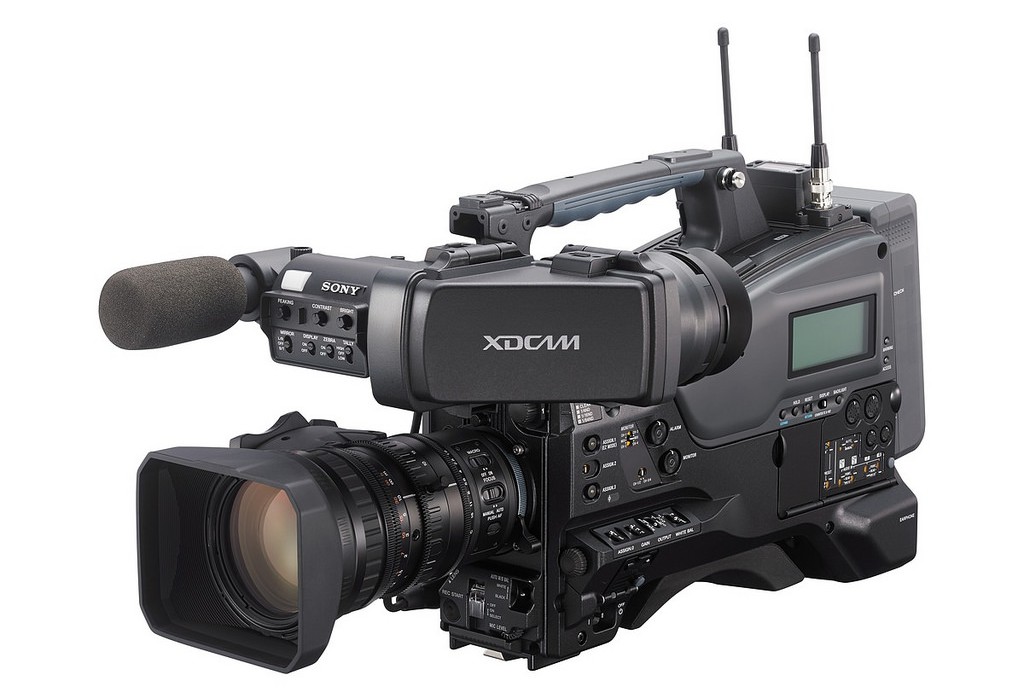 So grab a cup of your favourite beverage, and get yourself comfy, as we check out the range of new products from Sony. 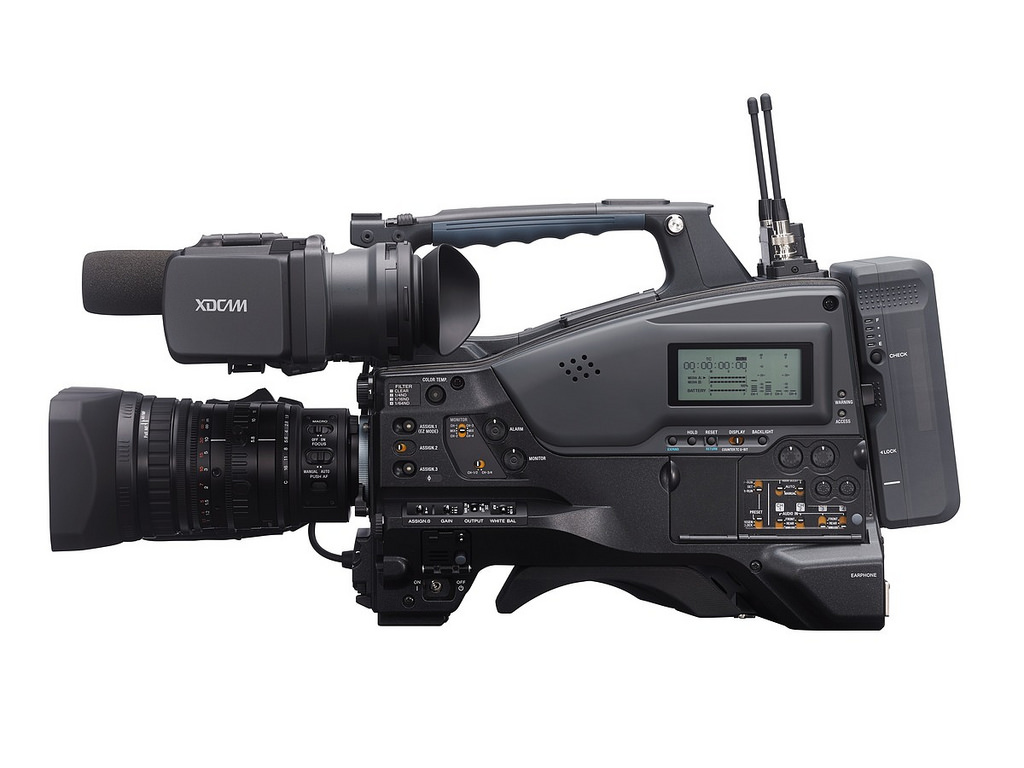 It also features two HD/SD-SDI outputs, with XLR (audio), HDMI, i.LINK, and composite outputs as well. Wireless operation is supported via an optional adapter, the CBK-WA101.

Sony says the PXW-X320 will be launching in June 2015 with a low-price point. 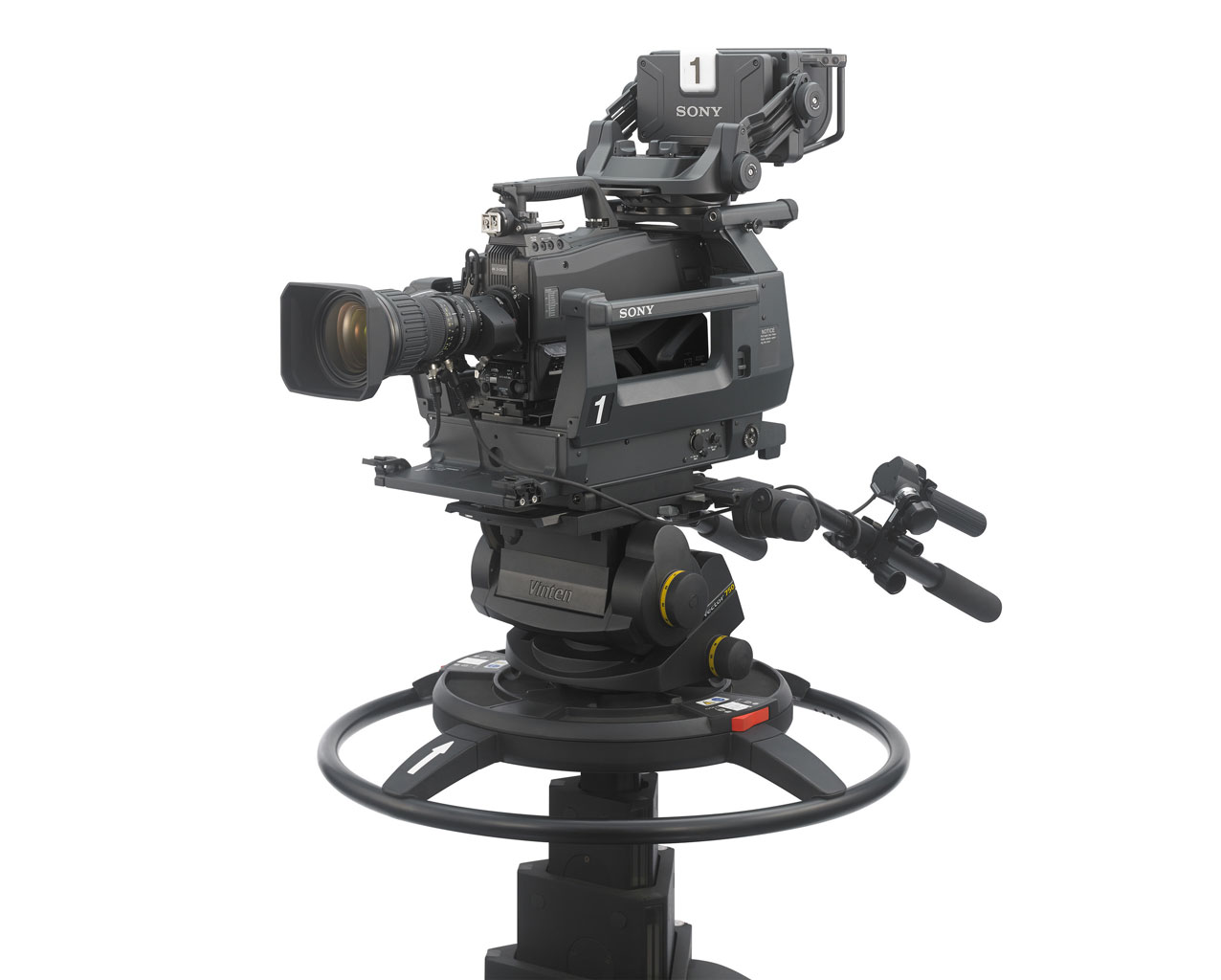 The company says its new HDC-4300 broadcast camera is the ‘world’s first’ to use three 2/3-inch 4K image sensor, which allow the use of the high magnification wide zoom range B4-mount lenses, with the same control found within the HDC-2000 Series cameras. It also supports the next-gen ITU-R BT.2020 broadcast standard and can be interchanged with HDLA-1500 lens adapters, control and shading systems, viewfinders and master set-up units, meaning it will easily fits into existing 4K Live systems.

“This camera provides 4K capabilities and a workflow that content producers are instantly familiar and comfortable with,” said Anthony Kable, Senior Product Manager, Sony Australia. “We’ve developed an approach that allows the large existing HDC Series user base to employ 4K advantages, up to 8x high frame rate and 4K cut-out and zoom, while using a familiar infrastructure and signal path.”

Also available is a new BPU-4000 baseband processor unit, that can sends the camera’s signal via SMPTE fibre the  HDCU-2000 or 2500 camera control unit, giving the camera a full intercom, power, tally, and return capabilities. The signals can quickly be adjusted to create a full end-to-end 4K live production system, when combined with other products such as the PWS-4400 multi-port 4K/HD Live Server, the MVS-8000X multi-format switcher or the company’s new BVM-X300 4K OLED or PVM-X300 4K LCD monitors, creates an end-to-end 4K live production solution. 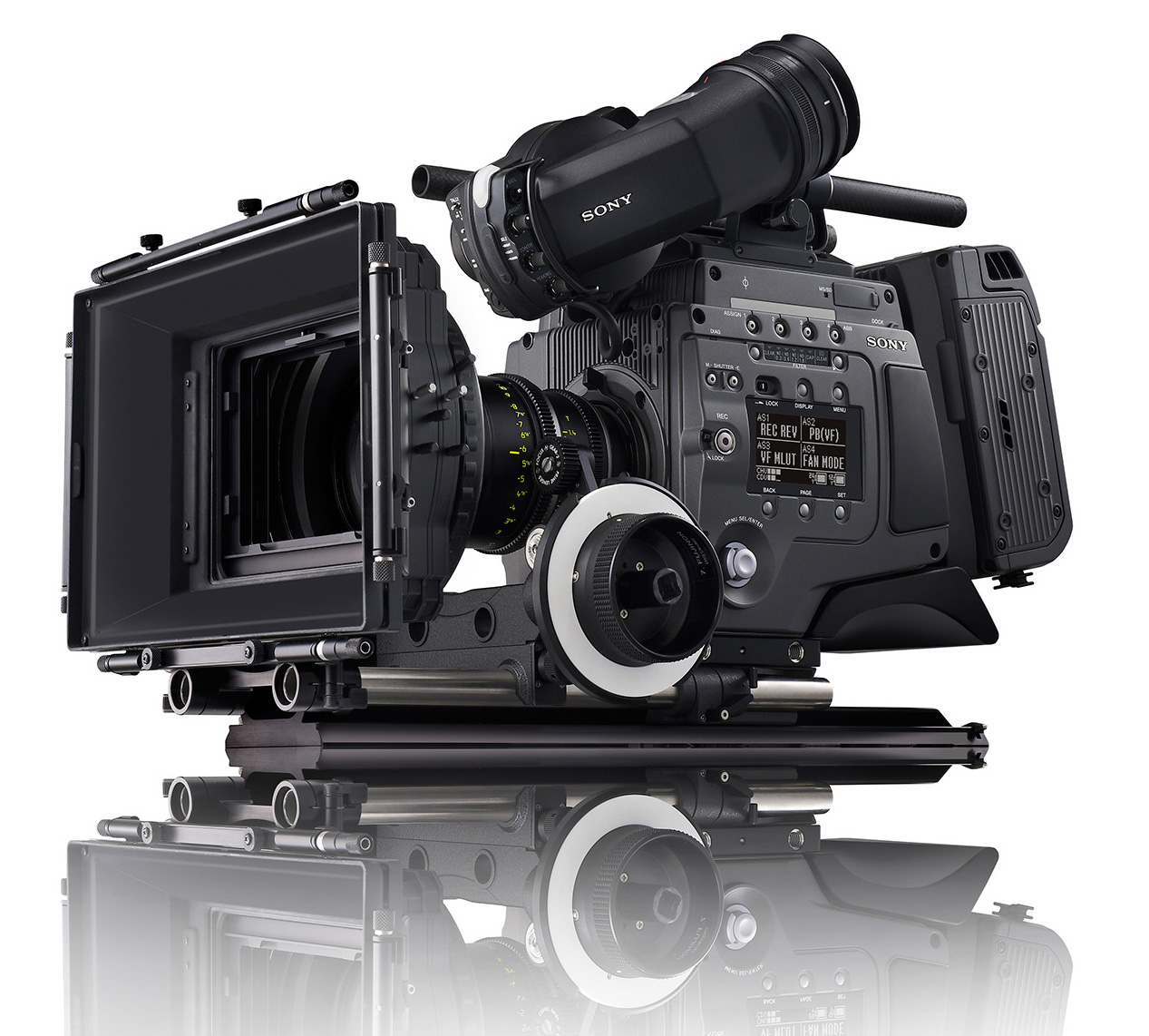 High Dynamic Range is coming straight to the forefront of Sony technology and will be on display at the Sony booth (Central Hall, Booth #C11001) at this week’s NAB Show. Combining high brightness, high contrast, wide colour gamut with high resolution, the new HDR mastering process is supported by the F65 (pictured above) and F55 CineAlta cameras. 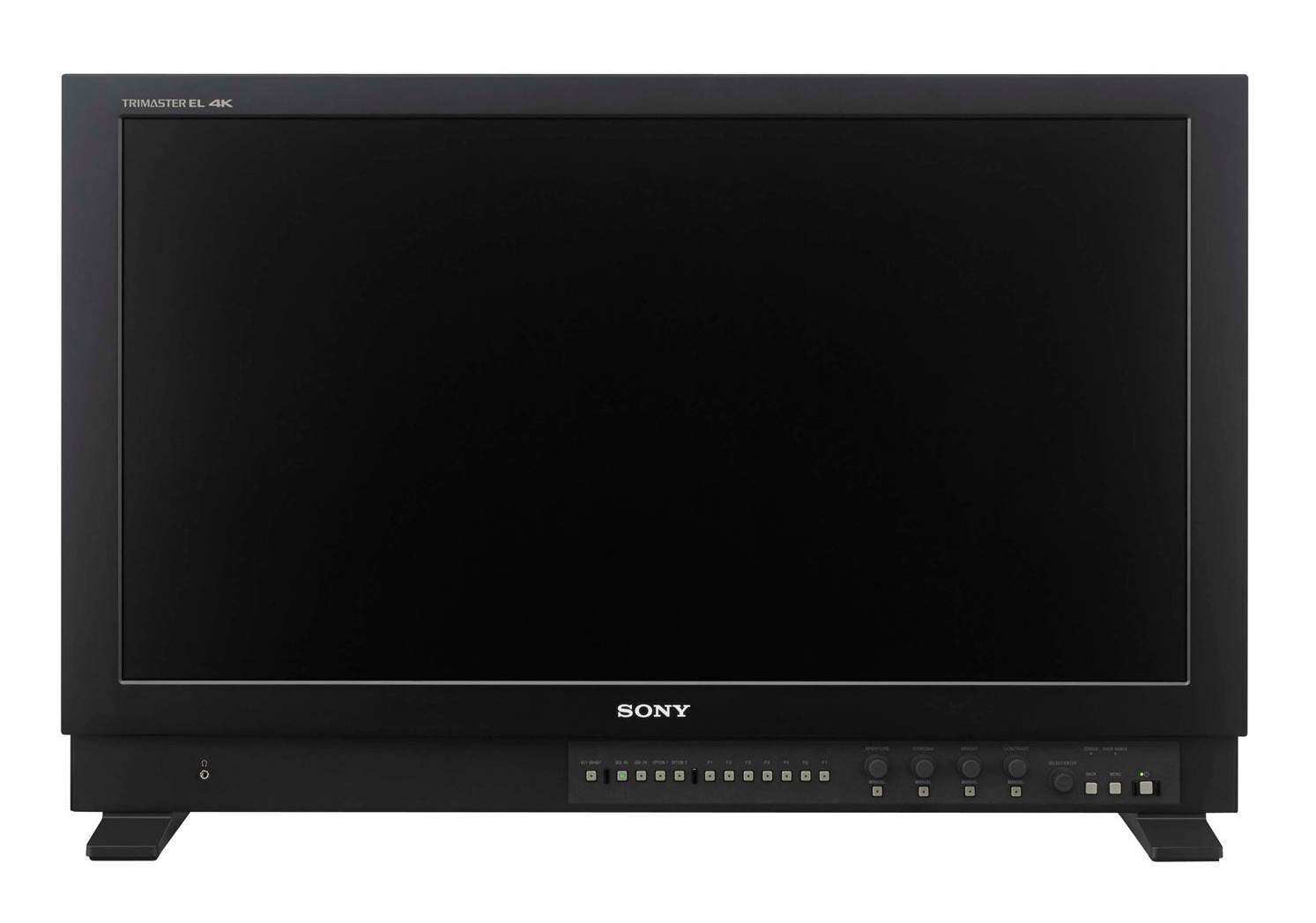 “As the industry pursues resolutions of 4K and beyond, the impact of dynamic range on the overall image quality is often understated,” said Anthony Kable, Senior Product Manager, Sony Australia. “The pictures speak for themselves, highlighting High Dynamic Range’s ability to create superior colour and imagery. HDR is becoming a more visible technology, recreating stunning images in true colours, previously only captured by the human eye.” 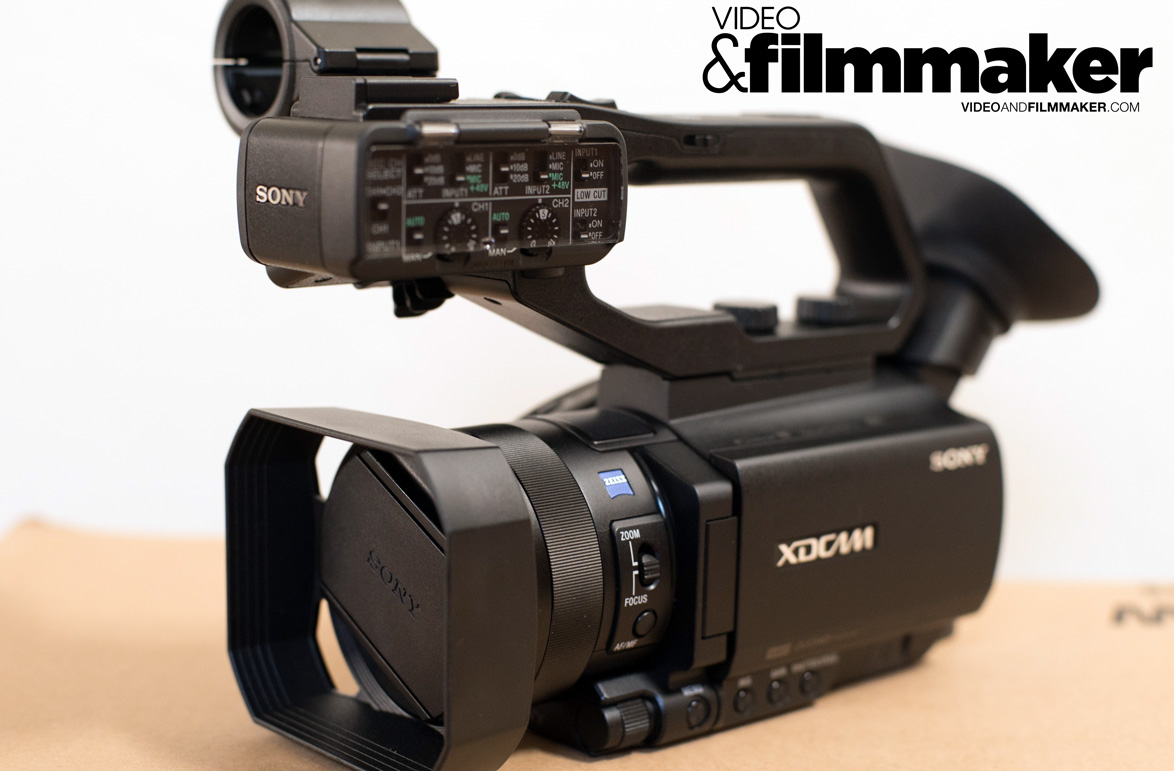 Wireless news production workflows will be demonstrated in the Sony booth, with a direct transmission of image and audio from a camcorder via 4F/LTE and WiFi based on QoS tech. Along with new wireless products such as wireless adapters, IP-live networking and camcorders with built-in wireless capabilities.

In June, the company will launch  the new PWS-100RX1 Network RX Station, along with a firmware upgrade to the CBK-WA100 and CBK-WA101 wireless adapters and the PXW-X180 & PXW–X500 camcorders to support live-streaming capabilities. 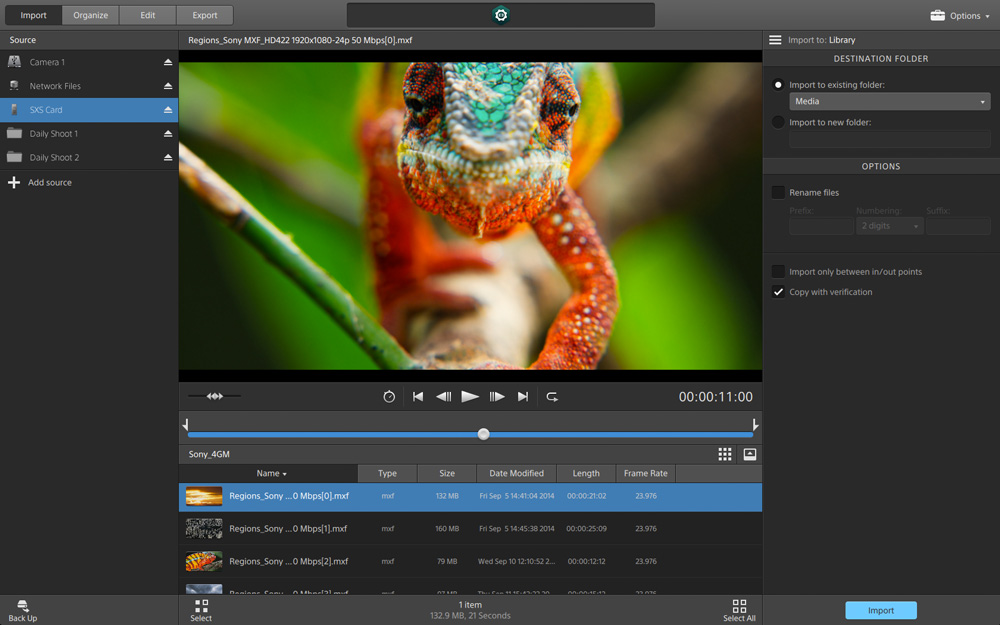 Supporting multiple formats, including 4K, RAW, and XAVC, Sony’s new NLE editing software, Catalyst Edit is available for both Mac & Windows computers and comes as a part of the Catalyst Production Suite, along with Catalyst Prepare.

Users are able to drag-and-drop their Catalyst Prepare clips directly into Catalyst Edit for professional workflows.

Demonstrations of Sony’s new Networked Media Interface (still under development) and the Evertz SDVN system will take place during the show and will feature a 4K workflow over IP, using images from the HDC-4300 and the company’s new 4K live switcher (under development) via the new PWS-100NM1 IP Live System Manager Station.

“As the broadcast and production industries transition to new workflows, IP-based technologies are playing an increasingly large role, not only for live production but also distribution and play-out,” said Alec Shapiro, president of Sony’s Professional Solutions Americas group. “Our work with Evertz and our new IP technology developments will ensure that the needs of media and entertainment industry customers’ end-to-end IP-based networked solutions are fulfilled.”

Other demonstrations will include using a single 40 GbE fibre-optic Ethernet cable to transmit multiple 4K and HD live video streams from camera’s at the company’s booth. Along with video streams transmitted by cameras are converted from SDI to IP via the NXL-FR318 Signal Processing Unit (equipped with an NXLK-IP40T SDI-IP Converter Board). The 4K live switcher performs IP and SDI hybrid switching. The system includes a hitless failover feature that ensures signal interruption is avoided in the event of IP switch failure.

The NXL-FR318 Signal Processing Unit, the NXLK-IP40T SDI-IP Converter Board and PWS-100NM1 IP Live System Manager Station will be available in Q3 2015. The 4K ready, IP networked switcher is expected to reach the market toward the end of 2015.

Watch Sony’s Live Stream from the show below:

GoPro, has launched the HEROCast, a new micro transmitter designed for live broadcasting, in partnership with Vislink. Just like the GoPro, the new transmitter…