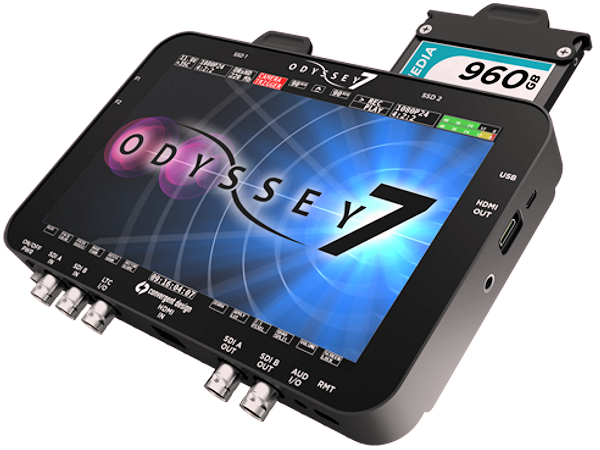 The Convergent Design Odyssey7, little sister to the popular Odyssey7Q, received an firmware update today (along with the 7Q) and has begun shipping.

Odyssey7 is a monitor/recorder designed for on-camera use. The monitor features a 1280×800 OLED touchscreen with true blacks and accurate colors. Monitor functions include advanced Image Analysis Tools for exposure and focus, such as Waveform, Histogram, False Color, Focus Assist and Pixel Zoom.

It is also a professional HD video recorder, capturing HD video in Apple ProRes 422(HQ) up to 1080/30p, 1080/60i and 720/60p. Future updates will expand the available frame rates as well as add other formats of compressed HD video recording. An SSD slot will accept 256GB & 512GB. One 512GB SSD will hold 330 minutes of 1080/24p material. The recorder features full playback functions including file scrubbing. HD signals are cross-converted and output over both SDI and HDMI simultaneously.

Today’s firmware update includes (for both the Odyssey 7 and Odyssey7Q):

Advanced Playback Controls
This is a complete revamp of the Playback system.  Standard deck-style controls for Play/Pause, single-frame step forward or step-back, and skip forward or back to next/pervious clip.  Additionally, an interactive scrub bar allows the user to quickly access any section of a clip simply by dragging a finger across the OLED touchscreen.  All recordable formats are supported and more detailed information is noted in the Play List.

Waveform Opacity
Opacity is now selectable when using the Waveform.  The background of the waveform can be either translucent as in previous firmware, or selected to be solid black so that the waveform display can be more clearly seen. 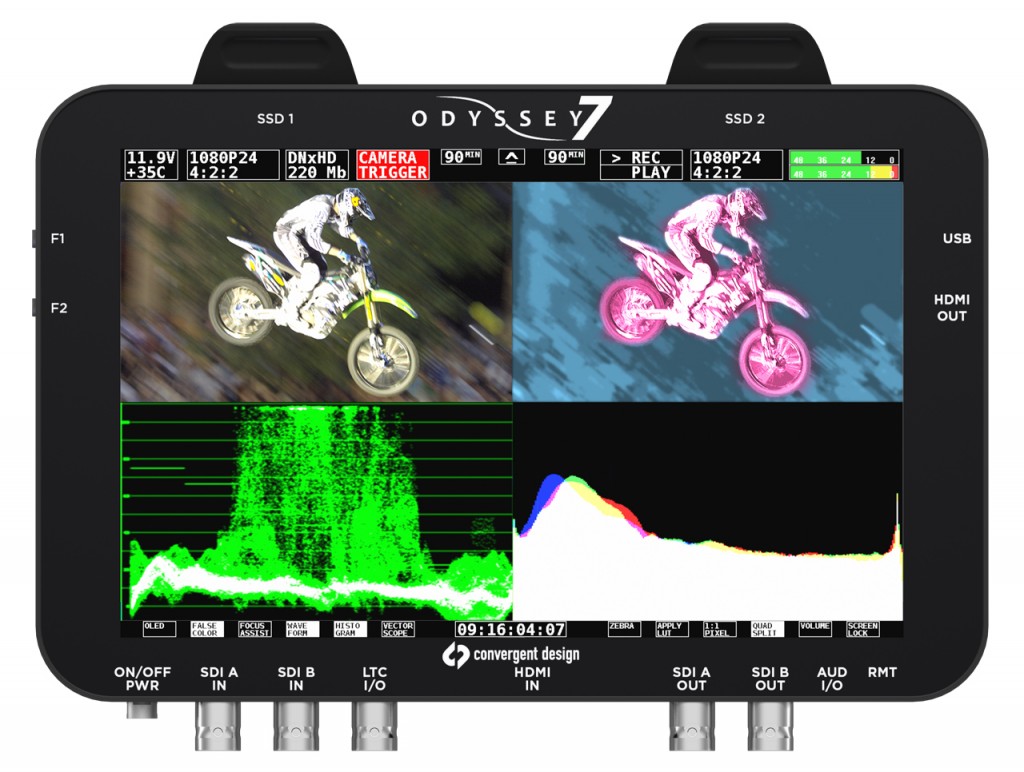 Record Options Rentals
Using the newly re-launched Convergent Design website, Odyssey7Q owners can rent ARRIRAW and Canon RAW Record Options.  Rentals are based on 24hour time periods and are available for up to 31 day lengths.  Rentals begin when a first recording is started.  Indicators in the on-screen menus note rental time left and warn as the time gets low.

For the latest firmware, go to www.convergent-design.com/firmware-downloads.html to download the update instructions, firmware, release notes, guides, and the latest Odyssey7 and Odyssey7Q manuals.

An Odyssey SSD or Odyssey Utility Drive is required to perform the update.

**Article changed to include firmware updates.
Excerpts from Press Release