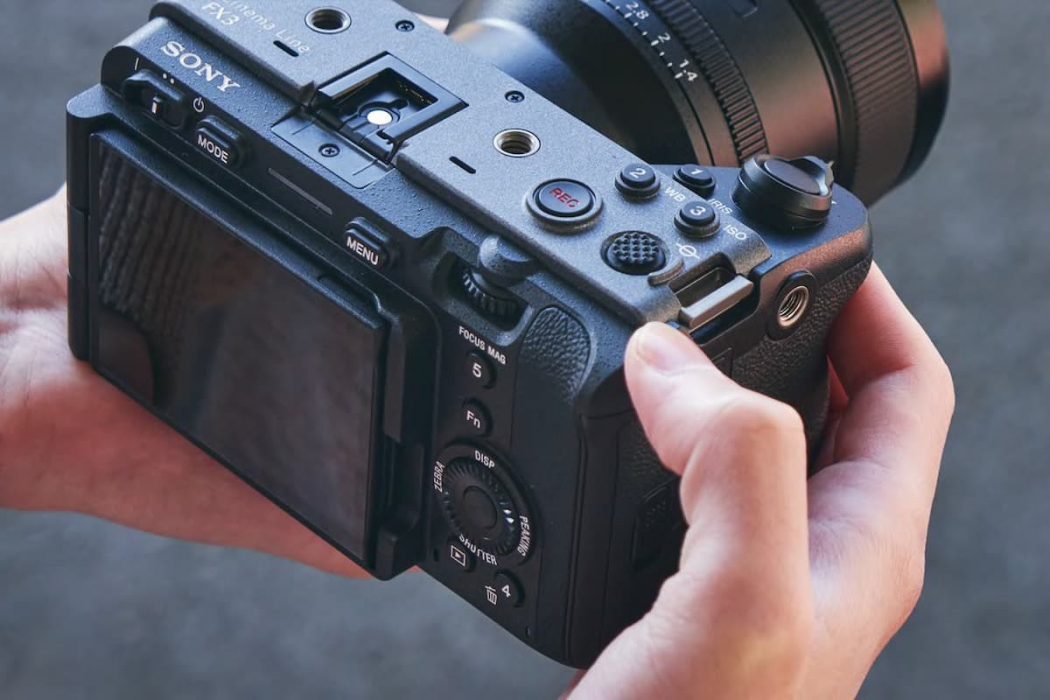 Sony unveils the newest addition to its Cinema Line roster: the Sony FX3, a powerful yet lightweight cinema camera.

The Sony FX3 makes capturing smooth, immersive footage easier than ever, with a handheld design that’s built with solo shooting in mind. The FX3 uses S Cinetone Color Science like the rest of the Cinema Line; this ensures seamless footage integration with rich colour and a professional aesthetic. Adding to that, the FX3 boasts full-frame bokeh with a shallow depth of field created by its full-frame sensor. This, plus the 15 stops of wide dynamic range, ensure subjects and scenery stand out as the filmmaker envisioned.

Sony’s fast hybrid autofocus system continues in the FX3, with the ability to detect and focus on moving subjects, not to mention integrated eye AF, even when shooting with a shallow depth of field or at a high frame rate. Touch-focus makes changing between manual and autofocus shooting simple; the FX3 also offers different transition speeds to perfect that rack focus. These autofocus features work seamlessly with Sony’s wide range of E-mount lenses.

For smooth footage, the FX3 boasts active-mode image stabilisation, delivering distraction-free, smooth shots while moving. And, to make footage even smoother, filmmakers can use Sony’s Catalyst Software for further stabilisation.

A Camera Built with Filmmakers In Mind

Ergonomics were top of mind when Sony designed this camera. It’s the most compact Cinema Line camera, and has an XLR handle that makes shooting in low or awkward positions easier than ever. The handle also has two dual full-size XLR inputs, with the ability to record 24-bit 4-channel audio without an external recorder. Additional thread holes on the body and handle ensure filmmakers can add numerous accessories without the need for a cage. Rounding out the camera’s feature set are a vari-angle touchscreen LCD, dust and moisture resistance and dual memory card slots.

The Swivl Expand Case is an all-in-one wide-angle lens, protective cover and video collaboration tool for iPads. The case features a professional-grade 140º wide…