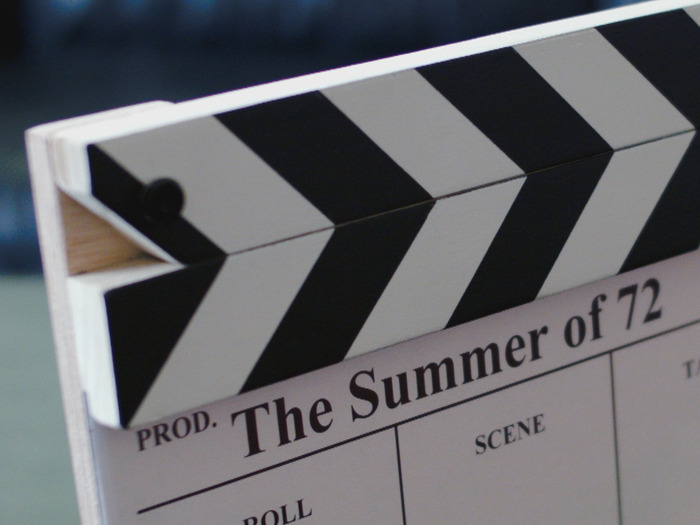 We don’t often feature crowd-funded gear, unless it’s really cool or worthy in some way. This may not be a new brushless gimbal or drone, but it’s still worthy of a look in, so we present to you – the AV Club Production Slate.

Some Kickstarter’s just need a small amount of funds to get them started and others need millions, the AV Club is in the former category with a goal of only $1,240 (USD). At the time of writing, the project hasn’t even hit its midway mark, and only has 9 days to go.

Slates, aka clapper/boards aren’t anything new. Neither are customisable slates, but they can be seriously expensive to purchase. They also break easily and often need to be replaced. Which always happens at the worst time, right when you’re half way through a location shoot, in the middle of nowhere, or during the last shot of a difficult scene. This is the reason why most productions have 3 or 4 of them laying around on set.

The fact they’re so easily broken and costly to replace is the reason McCallum High School’s (in Austin, Texas) Cinematic Arts and Radio Broadcast teacher, Ken Rogers, decided to design his own slate and submit his project for funding.

Like any great teacher, he cares for his students and wants them to achieve great things, by giving them the best tools available to learn their craft on. Often, Rogers spends his summers repairing the clappers that students have broken throughout the school year. It’s not that he thinks his students are particularly rough on the clappers, but more a case of “the equipment isn’t usually designed to hold up to student use or even professional use. The production slates that I spend $30 to $40 for, all have weak hinge points that often break or screws that pull out.” 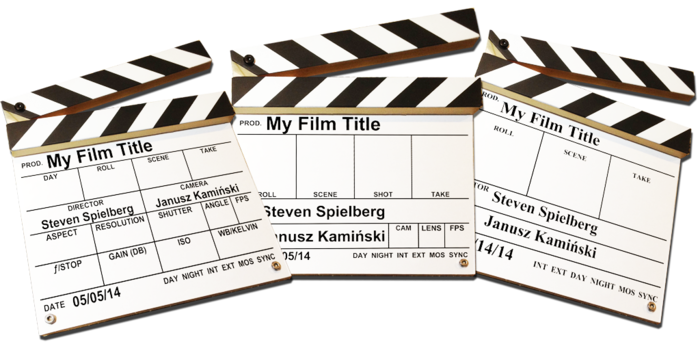 This prompted Rogers to design his own clapperboards for students (and professionals) to use.

Rogers states that he had four goals in mind when designing the slates:

After some time testing the slates, Rogers feels the AV Club are ready to begin production and has promised to donate a slate to a local High School, for every three pledges of $50 (USD) or more.

In addition, for a $50 pledge you’ll get your own AV Club Production Slate. Totally worth it! 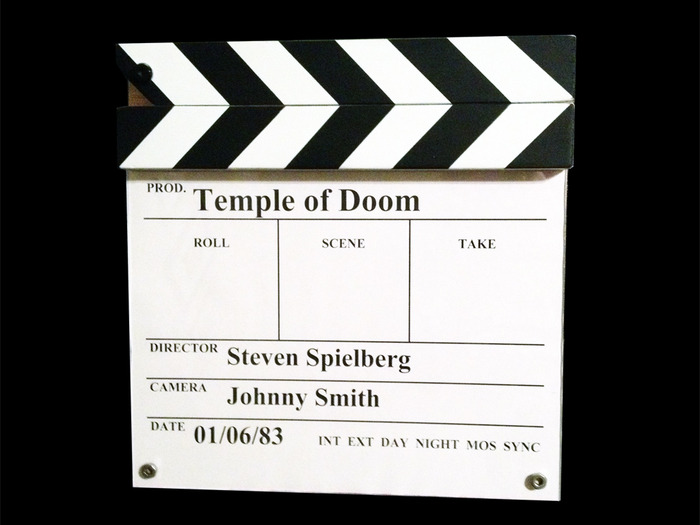 According to the project, the clapper measures 11” x 11” and is made from high quality materials. The main board is (12mm) ½” hardwood ply for stability and strength with a 1/8” acrylic top for marking with a standard whiteboard marker, the clapper sticks are solid ¾” x 1 ½ ” hardwood with enamel black and white stripe finish. A standard 8 ½” x 11” sheet can be printed with your custom design or customized design from or freely downloadable templates that will be available on the AV Club website.

Changes that have been made from pledge suggestions are that they will be using knurled screws to hold the acrylic sheet in the production version to make it easier to change the slate design, that the back will be made of 9 ply Baltic Birch, a higher quality ply than the prototype featured in the video and that the clapper’s sticks will be painted full black with white stripes on the front.

You can make a pledge on the project here.

Watch the project’s video below: