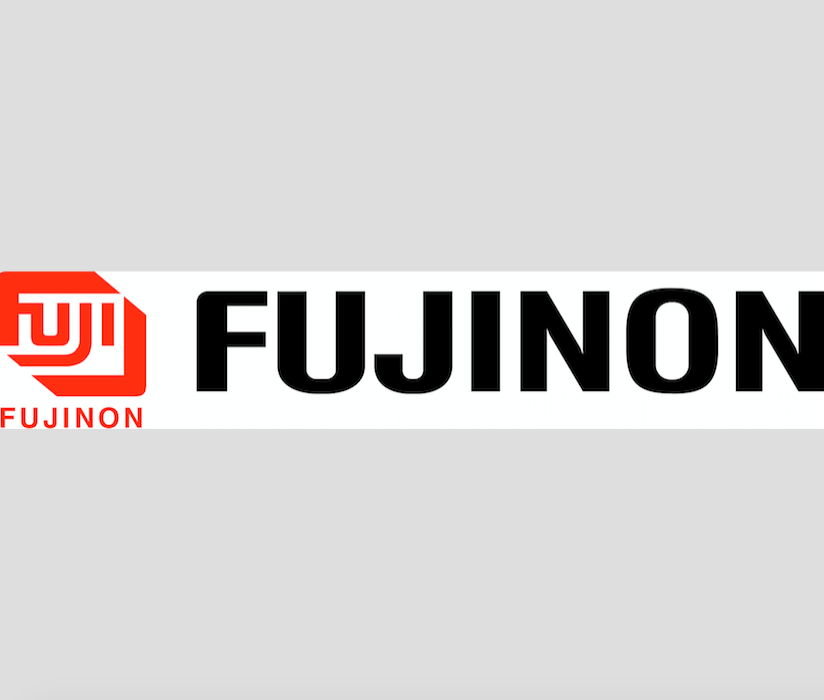 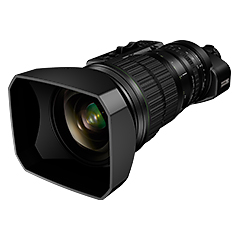 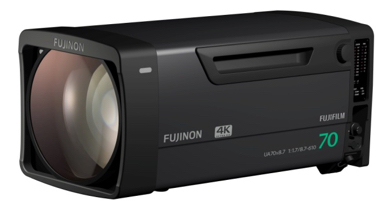 UA70x8.7BESM
With the introduction of the two new models, Fujifilm will meet the diversifying needs of broadcast production with an extensive lineup of eleven lenses in total.

Fujifilm launched the world’s first 4K-compatible broadcast lens in 2015. Since then, the company has rapidly expanded the lineup to lead the industry, catering to the needs for 4K video production, while also addressing demand for HD video of even greater image quality, thereby facilitating premium-quality video production.

・ The UA46x13.5 offers the world’s highest*1 46x zoom among portable 4K broadcast lenses, covering the focal lengths from 13.5mm on the wide angle end to 621mm in telephoto, the world’s longest focal length*2. Take advantage of the impressive focal length range available on the telephoto end to produce powerful video, capturing even the facial expression of a distant athlete in high definition in live sports broadcast.

・ The floating focus system, which controls multiple lens groups according to the shooting distance, achieves high-resolution footage across the entire zoom range. It produces dynamic 4K video in various scenes, such as concert coverage or live broadcast, zooming from a wide view of the venue straight into an artist on stage.

The UA46x13.5 and UA70x8.7 also produces video of higher image quality even when mounted on an HD broadcast camera.

Fujifilm will premiere the US70x8.7 alongside its extensive lineup of 4K broadcast lenses at IBC 2018 from 14-18 September at the RAI Centre in Amsterdam.