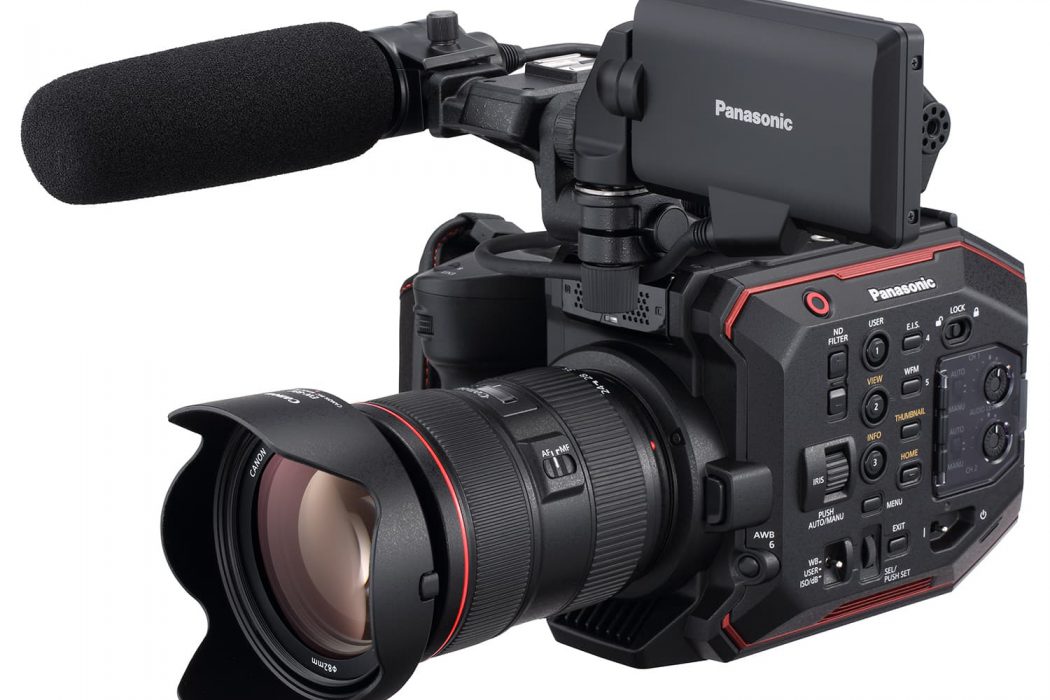 It’s busy season for camera releases at the moment. Good for us, but it only makes the decision over what to purchase that much harder. On the smaller side, there’s the Panasonic GH5, which rocked the boat, but still had a small sensor and didn’t match the autofocus capabilities of Sony or Canon. Again, proving there’s no ‘perfect’ camera. Scaling up in size a bit, Canon released the C200, which recorded in 60p at 4K, something the more expensive C300 mkII does not. Confused, much? To top it off, just this week, RED decided to unleash the Raven again, after it disappeared from its online store shortly after release. You can now buy into the RED ecosystem with a full kit including a Sigma 18-35 lens, for under US$20,000. The catch? You have to slap down your $20k on the Apple store. Oh, and it’s a smaller sensor too. 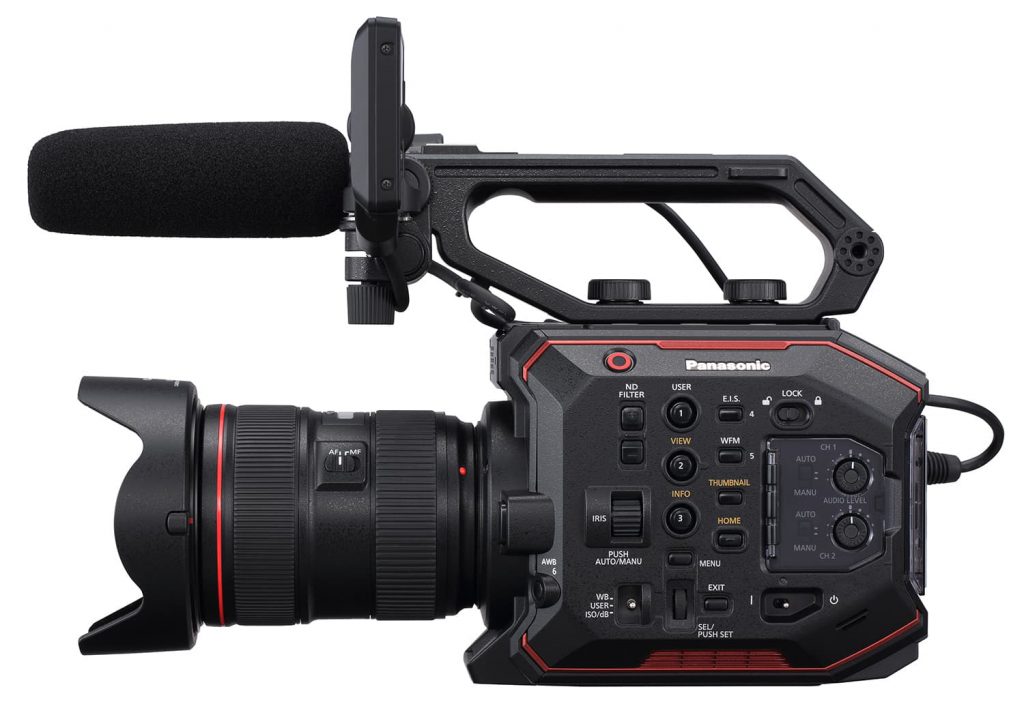 If you’ve been holding off purchasing anything until you had the latest from Panasonic, today’s your lucky day. The specs have finally been released on the AU-EVA1EN compact cinema camera. Here’s the main bits. It’s a Super35 sensor, not Micro Four Thirds, strapped to a Canon EF mount. Other than that, there are lot of similarities to the way the GH5 captures. It down samples the 4K image from a 5.7K sensor. That’s 5720 x 3016 pixels, which makes for 17.25 million. More than  double what’s required to generate DCI 4K. It also records in 10-bit 4:2:2 up to 4K/30p. Like the GH5, it’s 8-bit 4:2:0 at 59.94p for slow motion. You’ll have to record to an external recorder like the Atomos Inferno to get 10-bit.

Also like the GH5, it records at 150 or 100Mbps, with a promised future firmware update to bump that up to a whopping 400Mbps internally on the two SD card slots. Further into the future, Panasonic is promising firmware upgrade that will let users record internally with ALL Intra compression or output 5.7K RAW to an external recorder. A pretty big promise.

Other highlights include an internal variable ND filter, with clear, 0.6, 1.2 and 1.8 options. It’s also electrically driven, so it can be controlled via an app to adjust during long-term remote recording or when it’s on a crane. The IR Cut filter can also be electrically swung out of the image path to get those night vision shots. 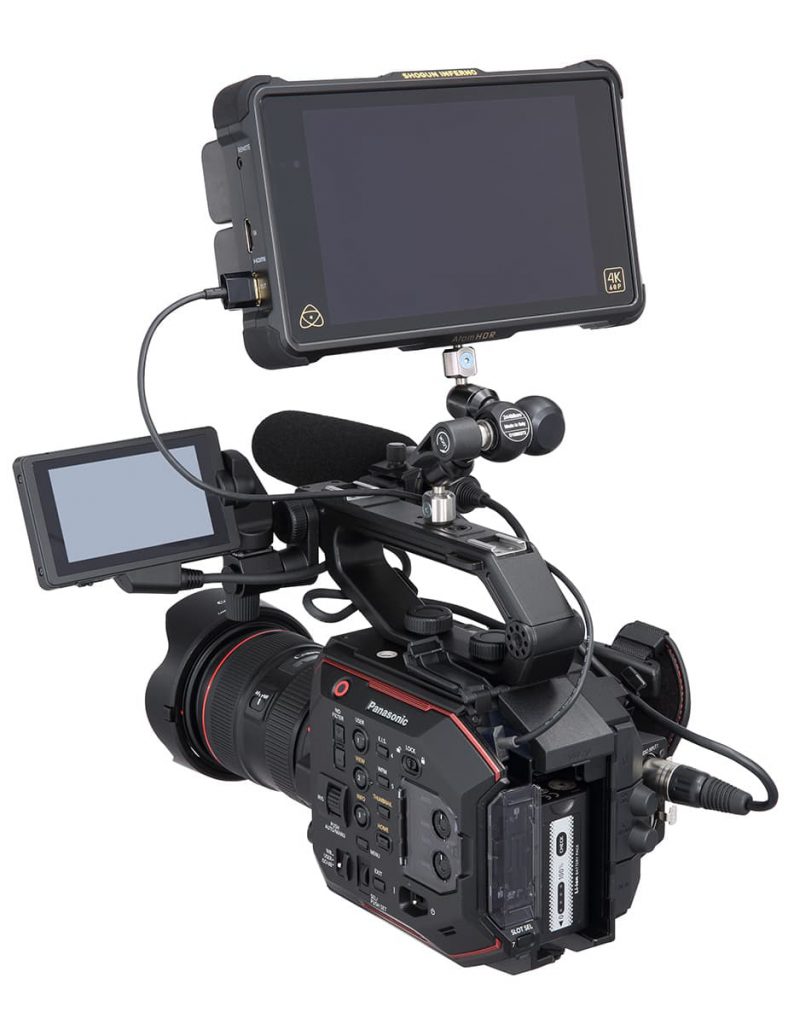 “In our VariCam Cinema Cameras, Dual Native ISO sensor technology opened up a whole new world to cinematographers. It allowed them to shoot, light and work in new ways not possible before,” noted Rob Myers, National Sales Manager, Broadcast, Panasonic Australia. “The inclusion of that proprietary technology in the AU-EVA1 means that they will be able to shoot in bright sunlight or night exteriors without compromising the image quality.” 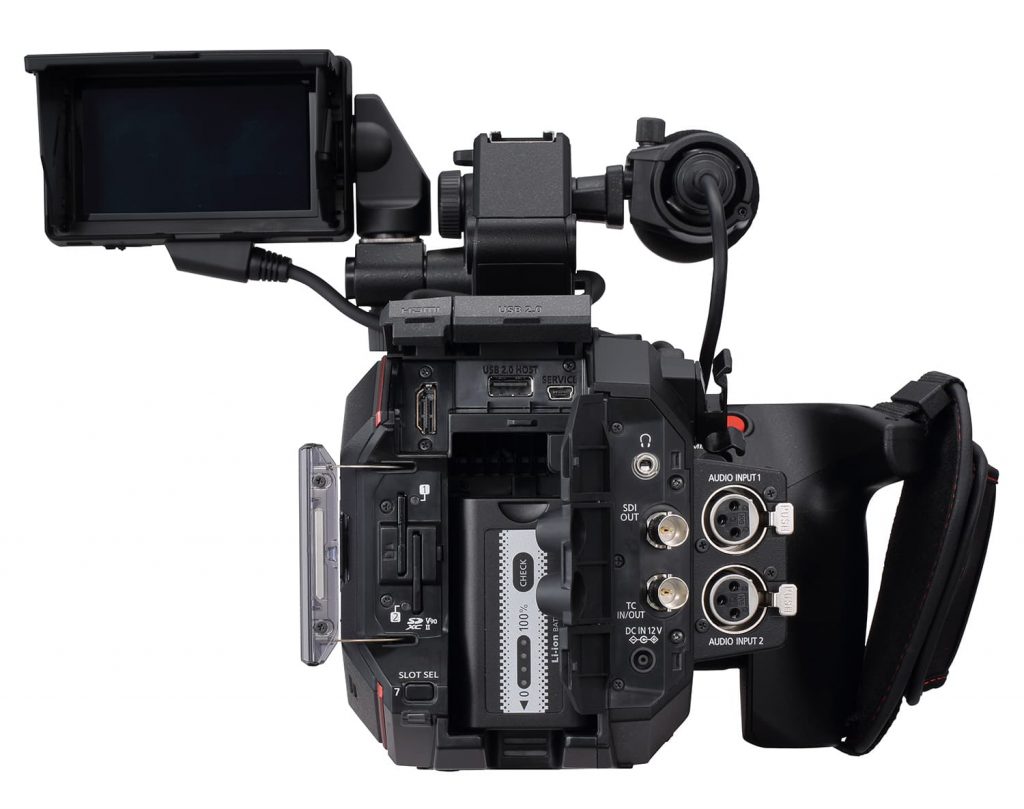 It also has 14 stops of dynamic range, with full V-Log/V-Gamut capture to make the camera HDR ready and deliver a colour space that will cover BT.2020.

It features both HDMI and SDI inputs, and has dual balanced XLR inputs onboard. It weighs 1.2kg, and features Electronic Image Stabilisation, not optical. There’s no mention of continuous auto-focus using Panasonic’s DFD technology, only that there will be a one-push auto focus system.

The price for the camera, including the 3.5-inch touch panel and removable handgrip will be AU$11,649 incl. GST.