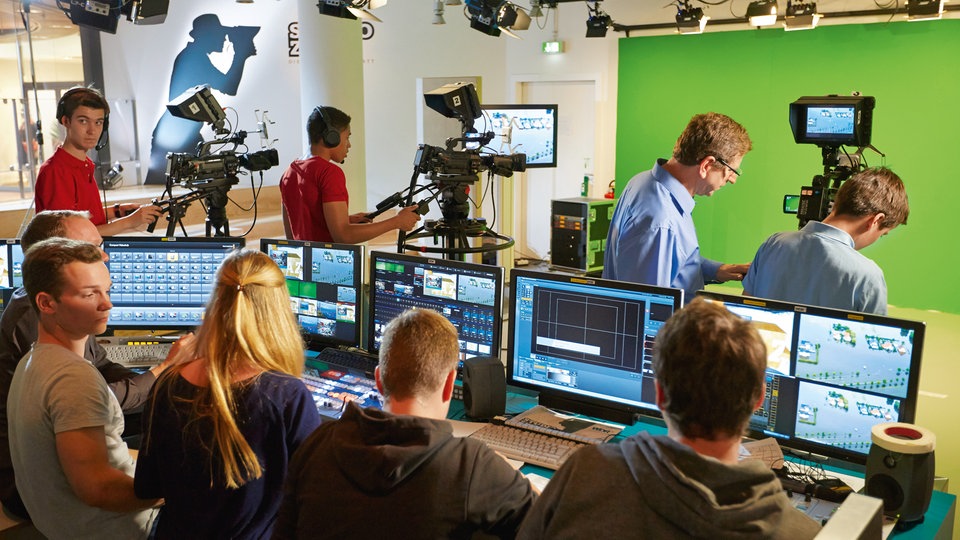 German public broadcaster WDR (Westdeutscher Rundfunk) has built new studio facilities designed to educate the next generation of aspiring broadcast engineers. The studio has been built around a Blackmagic Design broadcast infrastructure, including the Compact Videohub, SmartScope Duo and HyperDeck Studio Pro.

One of Germany’s largest national and regional broadcasters, WDR has opened a dedicated ‘Youth Studio,’ called “Studio Zwei – Die Medienwerkstatt,” in which 12 to 19 year olds can take charge of every element of magazine style television and radio production; from presenters, reporters and directors to camera operators, editors and production technicians in the gallery. WDR’s own production staff are on hand to help classes produce their own program, offering insight and expert advice.

Signals from three HD cameras on the studio floor are routed via the Blackmagic Design Compact Videohub into a vision mixer where a line cut is composited. The presenters stand in front of a six screen video wall while live outdoor broadcasts with roving reporters are simulated using a greenscreen. The router also takes signals from a Blackmagic Design HyperDeck Studio Pro broadcast deck for continual recording in ProRes, a SmartScope Duo for waveform monitoring and computer sources for graphics, outdoor scenes for reports, program idents and titles. The router also manages the signal output to the studio’s backdrop video wall, and to monitors in the audience gallery, where the rest of the class can watch the show. 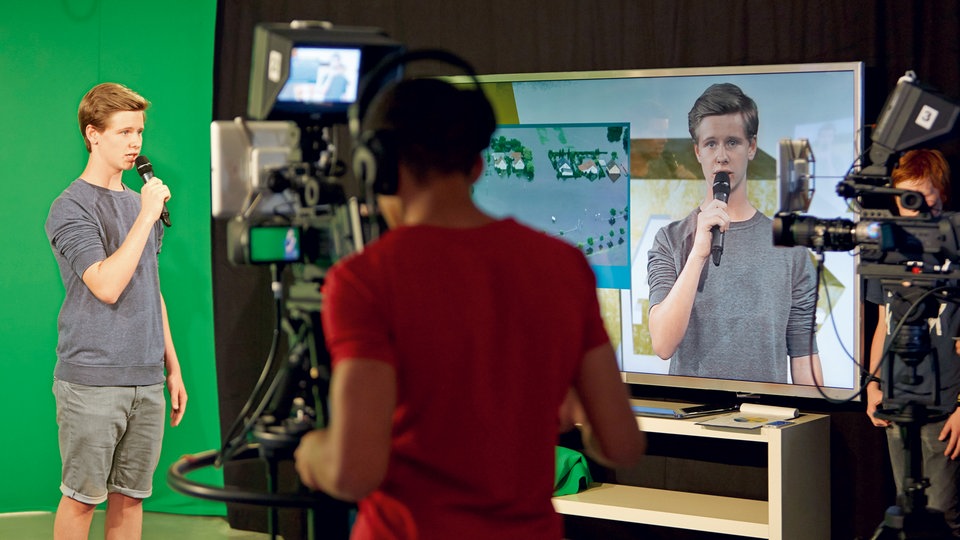 WDR also operates a sister radio studio for students, which is connected to the television studio via the same SDI infrastructure. The Videohub allows WDR to control both easily when presenting the two studios to corporate visitors. As the studio equipment is composed of both consumer and broadcast grade technologies, Blackmagic Design Mini Converters SD to HDMI are used throughout the entire facility.

“WDR developed ‘Studio Zwei – Die Medienwerkstatt’ not only to give students their first hands on experience in a television and radio studio and experiment with fantastic equipment, but also to help educate them about the skills required for effective TV and radio production. It should also instill a critical view on published content. Students can see just how much work goes on behind the scenes, and the accuracy and collaboration needed to ensure programming is engaging, educational and insightful,” explained Gerhard Ziercyzk, managing engineer, WDR. “We needed to ensure that the products we selected for the studio were broadcast quality and user friendly, to ignite the interest of potential future studio engineers, but also robust enough to handle constant use from different student groups, and the Blackmagic products in place meet this brief.” 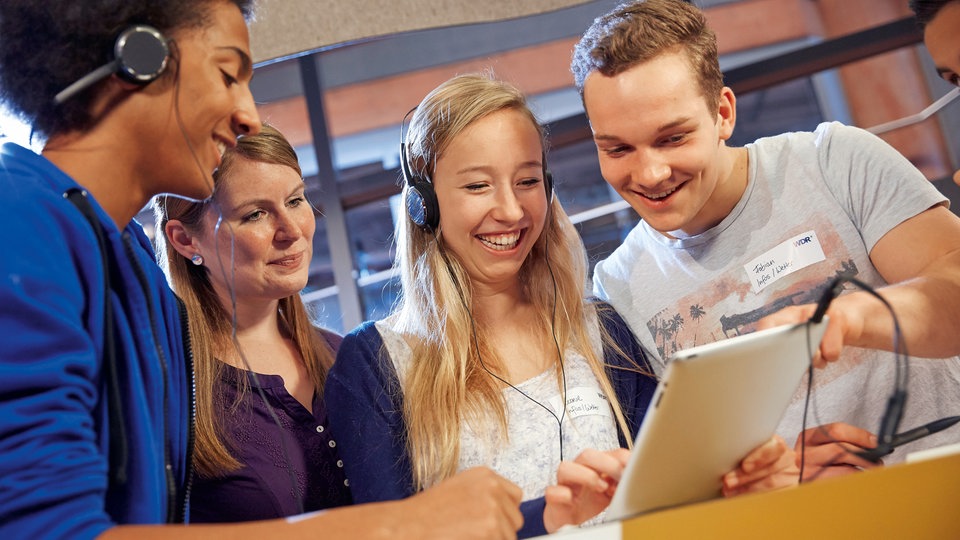 “The Compact Videohub is the core of the studio workflow. At the planning stage, we knew that the router would give us an extremely flexible and reliable system, which ensures our studio is able to support four daily production sessions, two television and two radio, and can help students deliver broadcast quality content,” explained Christian Kujath, project manager, WDR.

A NEW STANDARD FOR 3D AUDIO

The Audio Engineering Society recently released a new publication of the AES69-2015 standard, to specifically provide a framework for binaural and personal 3D audio productions. The…