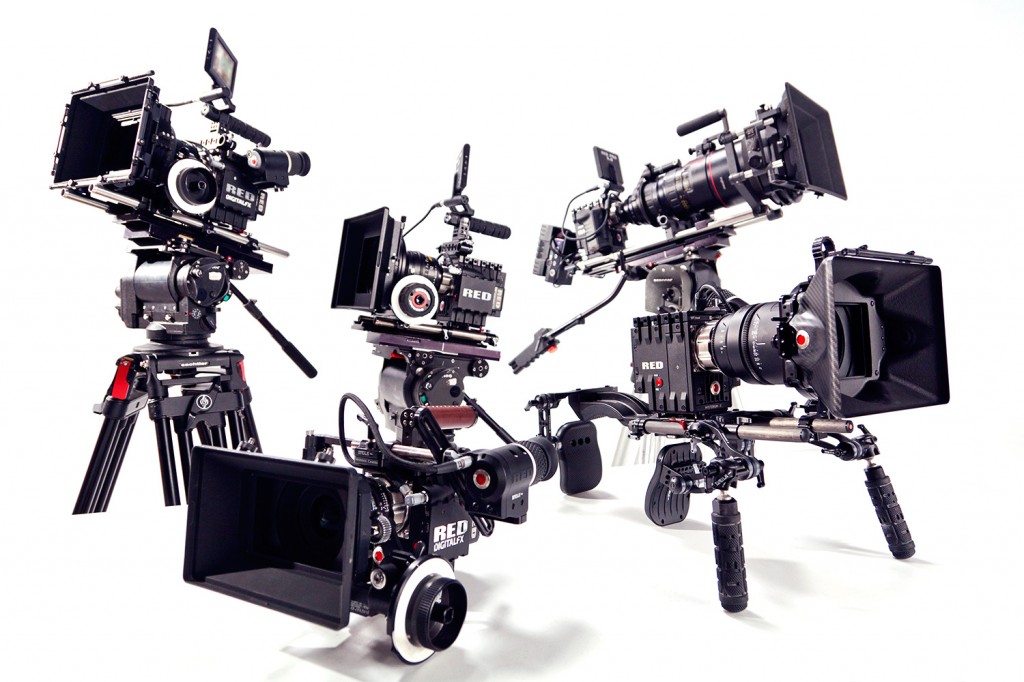 Hollywood blockbuster V.O guy  “From the people who brought you” (thundering music) ” THE RED ONE 4K DIGITAL CAMERA” (horn blasts begin) “that has that same GREAT quality video as 35mm film, to the” (horn blast) “6K RED EPIC DRAGON” (another horn blast) “RED Digital Cinema has trailblazed to the very forefront of digital cinema evolution.” OK, enough with the V.O guy! The press release today from RED really reminded us of a Michael Bay movie. We imagined lots of explosions, and buses flipping over. 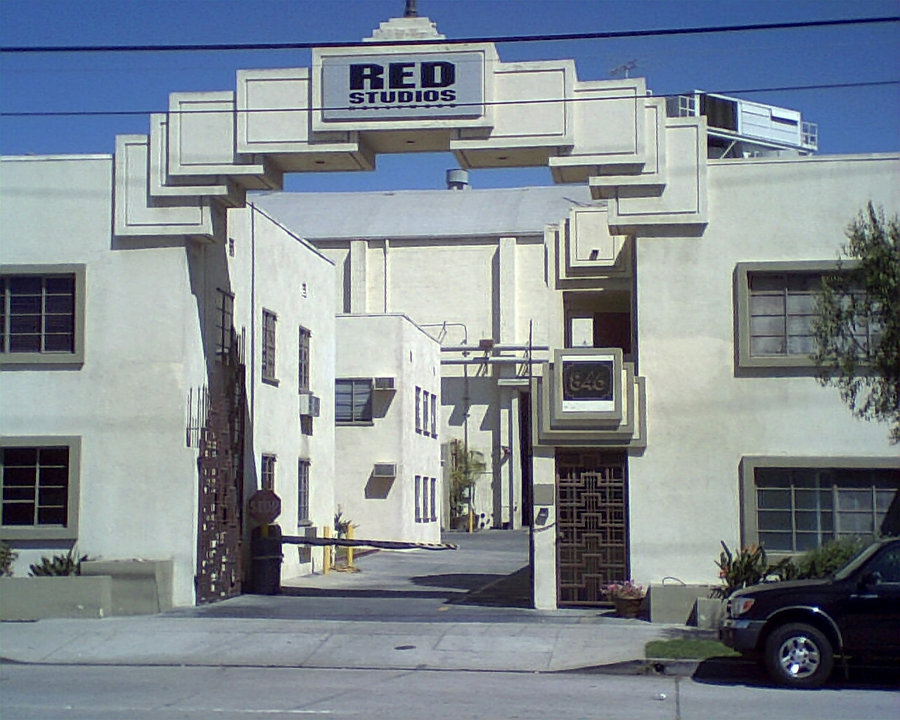 Who knew RED had their own studio? Well, apparently they do and it currently lies nestled in the heart of Hollywood, offering working sound stages and a production facility. There’s also a warehouse-sized playback theater and showroom, where content shot with RED cameras “can be witnessed in its true 4K glory” (yikes, we’re going back to the V.O guy).

“This is a showcase theater environment,” explained Hugo Cargnelutti, RED’s special ops agent who oversees 4K playback in the showroom. “We have three 4K projectors with multiple sources switching in from our servers so it’s a very specialized, ultra high definition viewing experience that we provide to the industry.” 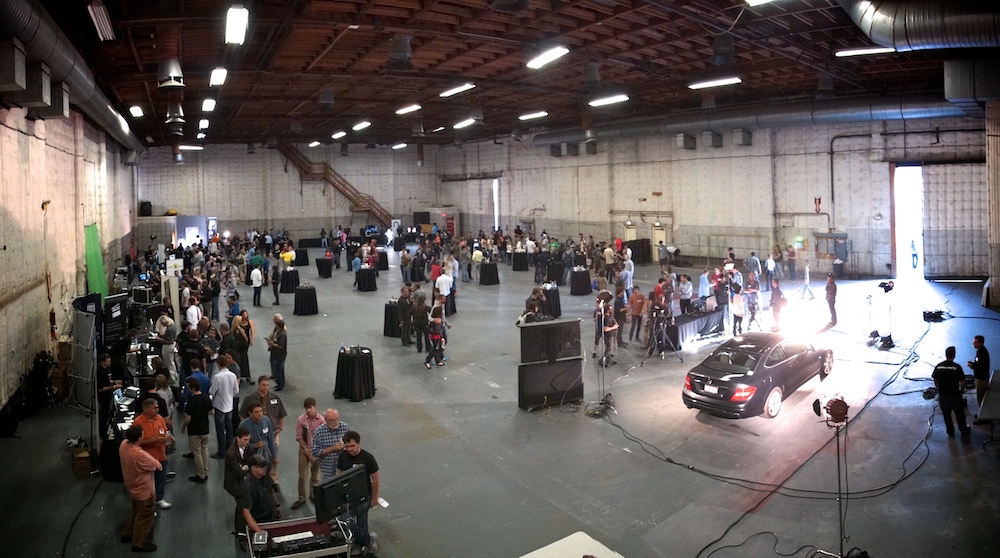 Inside RED Studios during an open-day (image: Jeffrey Worthington)

Mounted at the back of the space, three 4K projectors are suspended over the large expanse, divided into two main viewing areas. Leather sofas with low tables offer a comfy home-like environment, while traditional theater seating provides a more cinematic viewing experience.

Cargnelutti oversees all signal routing to the projectors, handling the timeline and video preparations for playback. His workspace is tucked away to the side and connected to the server room located right next to his station. Two more editing suites are situated between the living room and theater settings for on-the-floor editing.

“Sometimes we have two people working in the same space and sometimes we are working on two different things at the same time so it can move pretty quickly here,” says Cargnelutti.

While always evolving, his current workstation includes a 4K DBS Clipster, 4K Mac and two 2K PCs. Everything is connected to the server and he is constantly switching sources that output to the projectors especially during intensive content editing. The studios use a Gefen 4×4 DVI DL KVM Matrix, GefenPRO 8×8 DVI DL Matrix and a few DVI DL and Audio Extenders to deliver video and audio content to both editing suites on stage.

“Gefen’s KVM Matrix allows me to access content from any work station in the theater. I can select a source from either my control room monitor or from the remote editing station on the fly so this matrix performs a critical function for our theater space,” he explained.

A newer addition to the system, the GefenPRO 8×8 Matrix connects seven Local Area Network servers to four workstations: two editing stations on-stage and two work stations in the control room. Because the control room is immediately adjacent to the servers, no signal extension is required. But for the two on-stage editing suites, Cargnelutti relies on Gefen’s DVI DL Extenders to deliver video to two monitors at each station and two Audio Extenders. Audio is synced to the video for both stations and is working flawlessly.

A Life Behind The Lens with Cinematographer Phedon Papamichael