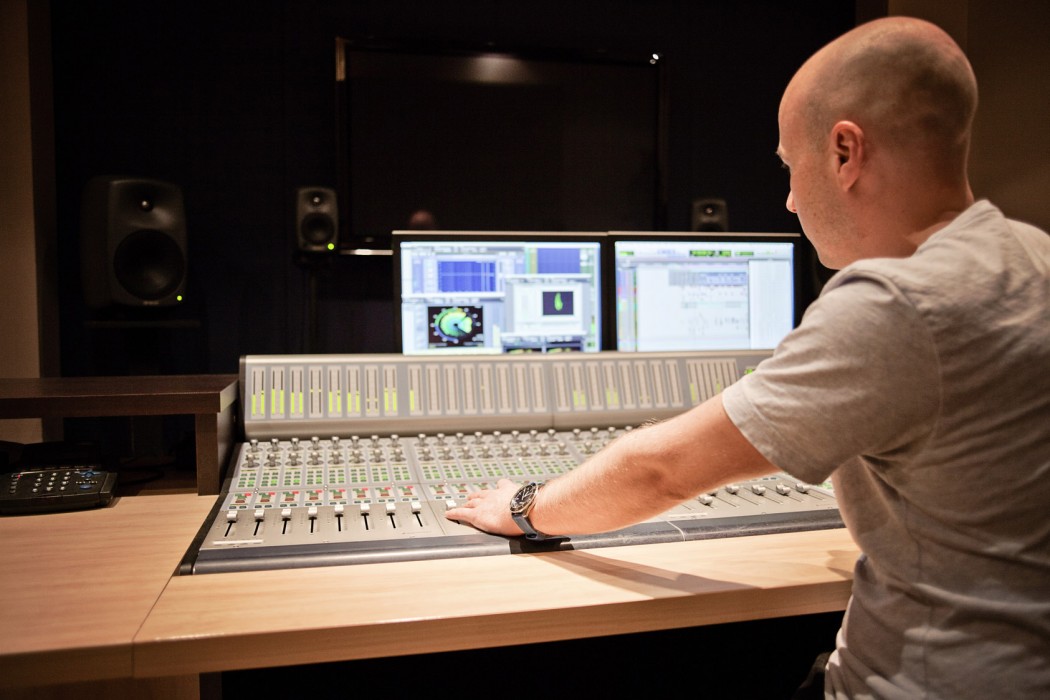 Atmosphere, track laying and panning. No, it’s not an essay on the Australian Goldrush, but a master class in sound editing. Though there may well be some nuggets of gold in there somewhere…

In part 1 we looked at some important things to remember when creating the sound design for your film. Industry pro Liam Price showed us that as a rule of thumb, sound should never be underestimated, and if you don’t have a lot of coin, you should at least throw a lot of time at it. For those tackling sound on their own films, or those who just want to improve their knowledge of the world of sound in post-production, Liam is back for part 2 of our sound-in-post tutorials. This month we’re looking at some basic principles to keep in mind for the all-important final mix. 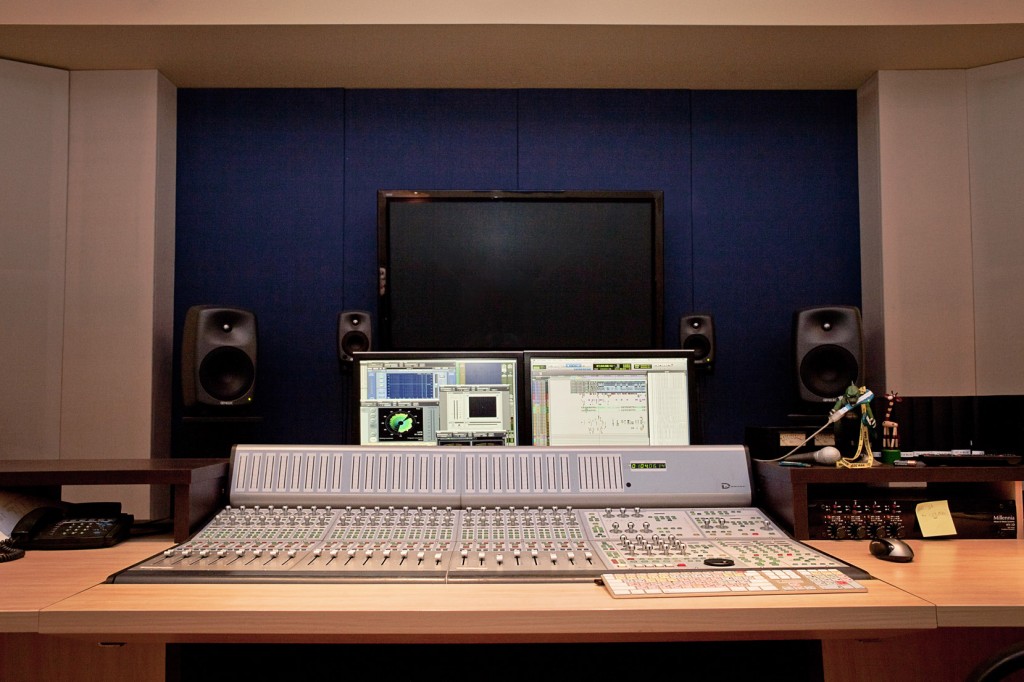 IT’S ABOUT GIVE AND TAKE

“Sound is not just adding stuff,” says Liam, “it’s also taking it away.” When it comes to the mix phase, it’s so easy to have a distorted impression of the soundtrack because you’ve been listening to the same sounds over and over again. But the way to make sure you don’t loose focus, Liam says, is to ask yourself a simple question: “what’s the core emotion of each scene?”
“I do it all the time,” he says, “because as a sound editor or a film maker you’ve seen the film a million times, boredom sets in and you want to make it better and better each time for your own experience, it’s like a selfish thing. But you’ve got to think: well, that sound worked when I put it in the first time, so I don’t need to stack more stuff in to try and make it work better.” Asking this simple question could save you hours of fussing!

For Liam, the dialogue is like “the front person” in your mix. It needs to be super clear (which is why you’ve spent a lot of time editing your dialogue a la our previous tutorial) and always prominent. It’s important to remember that vocals do not have a wide bandwidth (the range from low to high frequencies), so the way you mix dialogue is different to how you treat other elements in the soundtrack. Particular types of compression and mastering are beyond the scope of this current tutorial, but just keep in mind that you’ll need a good amount of time to get your dialogue as clear and present as possible before any other elements of the mix.

TO PAN OR NOT TO PAN?

Panning refers to the direction a sound appears to come from in your film. It’s a question not many people would think to ask, but when a character is talking right of center in the frame for example, does that mean the dialogue sound is ‘panned’ to the right as well? Actually the answer is no. “There’s no such thing as panning dialogue, ever” says Liam, “unless it’s a bunch of people, or it’s for creative effect; like if it’s a POV shot and they’re walking around for instance, or if someone’s shouting off camera.” So in the vast majority of cases, your dialogue track will stay smack bang in the centre of the screen. It’s just another technique to help keep it super clear and distinct from all the other sounds going on at the same time. Another good reason is that “you don’t want the audience moving their heads a lot, it’s really distracting and people snap out of the film really quickly.” 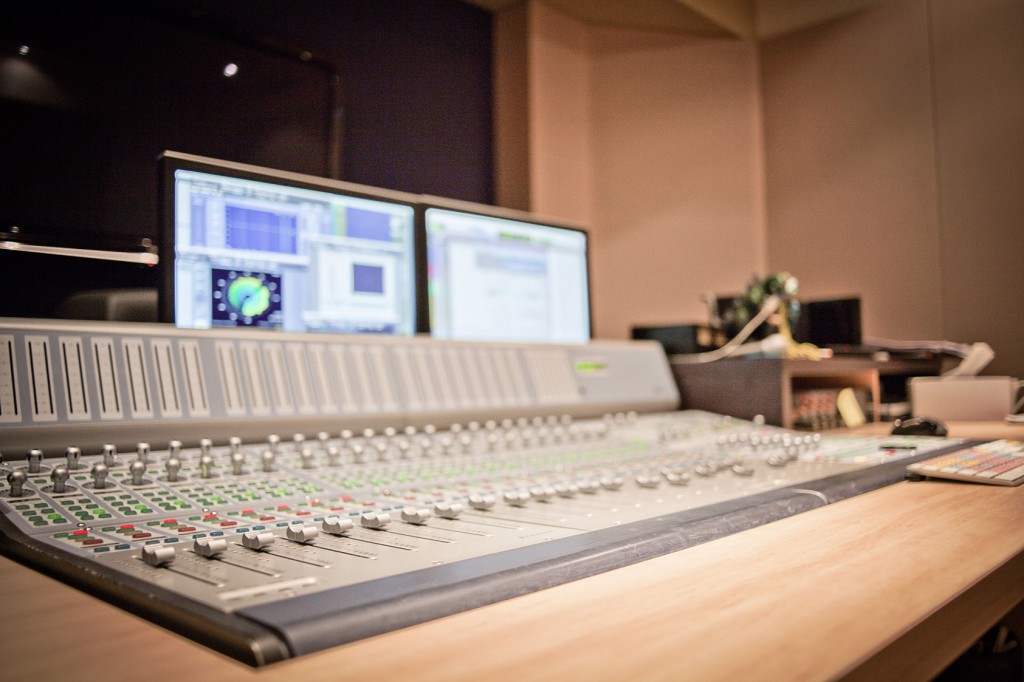 Once you’re dialogue is super clean and super centered, you need to fit your atmospheres around it. Sound effects and ‘spot’ atmospheres (which are specific to objects in the mise-en-scène) lend themselves to panning more than dialogue, “especially for dramatic effect”, says Liam, “but more importantly, to widen the field and open up the world more outside the frame.”
Liam also recommends thinking of atmos in terms of its frequency range in relation to the dialogue. “Usually the atmos is curved in a certain way on the final mix bus” [a specific channel that groups together all the individual atmos channels], he says, “so high and low frequencies are usually just filtered out. This means it sits just a little bit on either side of where the dialogue is in the middle. It’s a nice cheat, because then you don’t get atmos that is too bright or dim.” 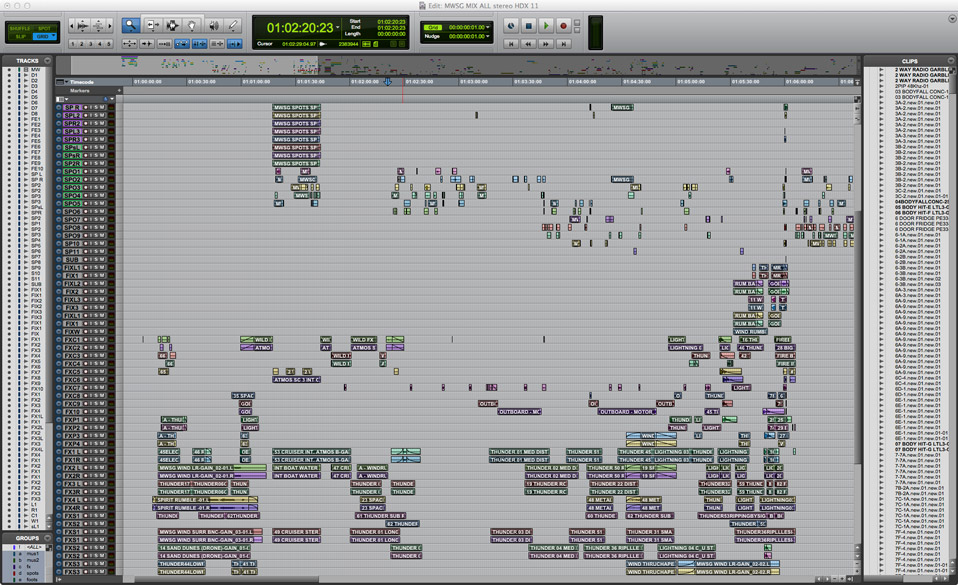 The other reason this approach works so well is because the music track will then occupy the lowest and highest frequencies; filling up the aural space. “Music can be the boomy low end and the highs, and then out of that you get this full mix all of a sudden.” Of course, the specific amount of music and atmos will change from scene to scene, but as a general principle, think about music, atmos and effects as taking up varying percentages of the complete sound spectrum, so “music is filling certain frequencies and the atmos is filling certain pockets, and where you subtract atmos you add music or effects to fill in space.”

A few top tips for mixing originally composed music into your film. Firstly, try and ask the composer not to deliver tracks that are compressed like most music you’ll find on CDs, as they will probably have little dynamic variation and handle like “a wall of sound that is difficult to mix”. He also adds, “it can be awesome if they split their tracks out a little, such as putting the trumpet on a separate track for example. This gives you more control.” In most cases three separate tracks suffice: “vocals, instrumentation and percussion.” This gives you flexibility, which is always a bonus.

DON’T TIE YOURSELF DOWN

Liam says, so be sure to “Give yourself options in the mix. You don’t really know how it’s all going to sound together until you hear it.”
So:

You can check out some of Liam’s great work at  www.liampriceaudio.com 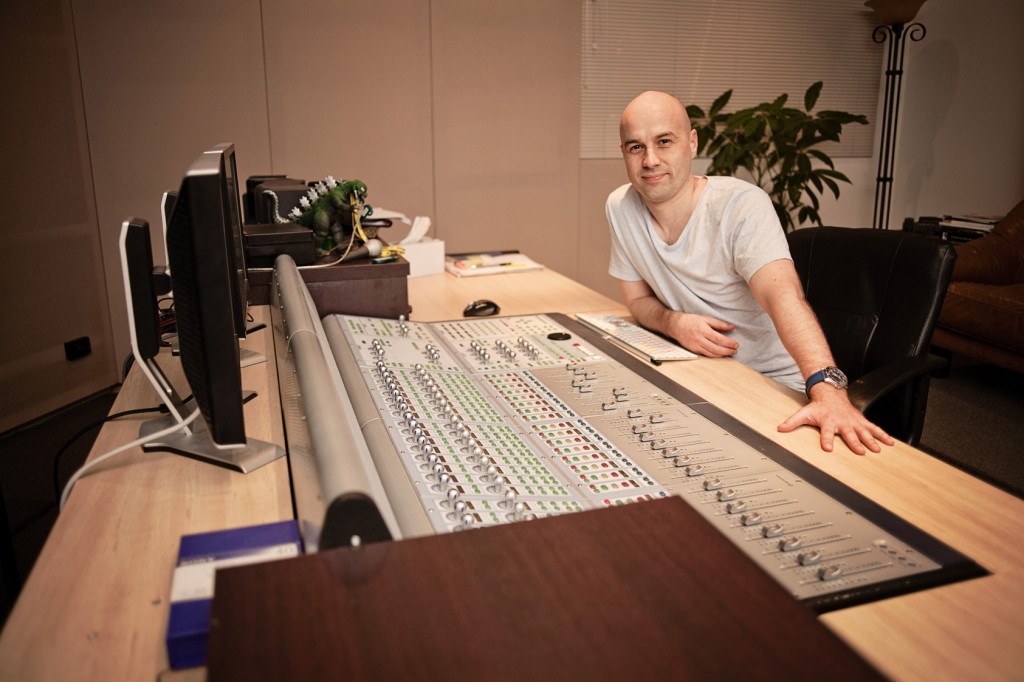