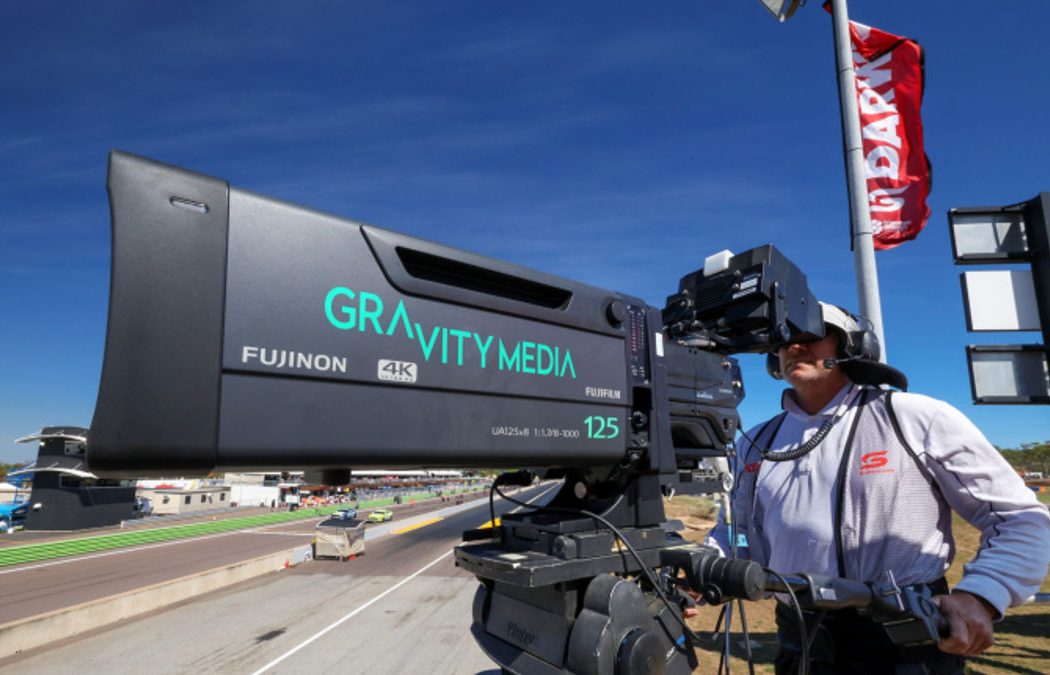 In the not-too-distant past Gravity Media and V8 Supercars scored an Australian broadcast first when a Bathurst 1000 race became a full live 4K production, making it the first sport in Australia to be televised at the ultra-high resolution. The production involved 28 native 4K cameras deployed around the track and predominantly FUJINON 4K lenses. Recently Gravity Media scored another first as they used the first FUJINON UA125 4K lens in Australia for a V8 Supercars race in Darwin.

Gravity Media’s Broadcast Project Manager – Supercars, George Hennessy​ explained, “The FUJINON UA125 is an amazing lens. At the Darwin race the camera position was approximately 570 metres from the start of the main straight, on a five metre scaffold on the inside of the racetrack. The main shot for the UA125 was to pick up a car turning into the main straight and follow as directed. The secondary use was a later cut to see the rear of the car braking into the first turn at the end of the main straight and follow through the corner. The distance at the apex of this corner was 520 metres. The lens also ISO recorded in case of any incidents for replay at a later time.”

As if the distances weren’t enough of a challenge, the UA125 also had to deal with Darwin’s tropical heat and humidity.

Hennessy​ continued, “The UA125 lens gave good throw to the top of the main straight and seemed like it could easily go further if needed. The main problem during the Darwin coverage was the ‘thickness’ of the air. With the humidity so high, plus the temperatures being around 30 degrees, when shooting over this distance the disturbances were very clear in the picture – such is the quality of the lens.”

The FUJINON UA125×8 4K-compatible box-type broadcast zoom lens has the world’s highest zoom ratio of 125X. The FUJINON UA125×8 covers a wide range of focal lengths from 8mm in wide angle to 1,000mm in telephoto and 2,000mm with the built-in extender. It is a multi-purpose high-power zoom lens that can be used in diverse situations, including live broadcasts of sporting events and concerts.

George Hennessy concluded, “Despite crippling heat and humidity the UA125 lens performed well, though the atmospheric conditions did not allow for a crisp and detailed picture over those distances. With that in mind, we now plan to use the lens and focus on its longer shots in an environment with cooler air temps and much lower humidity levels such as the upcoming Repco Bathurst 1000 Supercars race.”

3 THINGS FILMMAKERS SHOULD NEVER DO AFTER A FILM FESTIVAL REJECTION

Sundance Film Festival just announced their 2015 program a couple of days ago, and the likelihood is that if you submitted a movie, you…