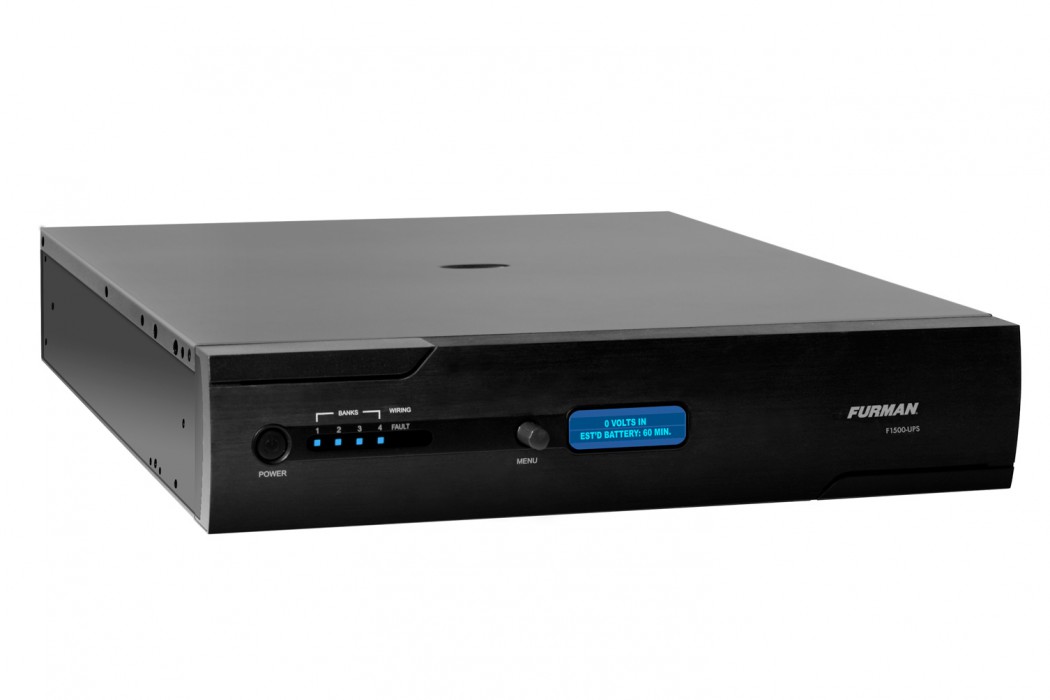 The use of uninterruptible power supply systems in production and commercial AV isn’t new, but those designed originally for IT applications have some serious limitations in this space: most are designed for stationery use, many don’t fit into standard pro audio racks, and some have noisy fans or obnoxious alarms. The F1500 addresses these issues and adds SMP surge protection, voltage regulation, true sine wave output, third party control and monitoring, and programmable non-critical load management.

“I have nothing but good things to say in every respect. We’ve had our usual grab bag of power issues and the Furman F1500 UPS has been rock solid. The most appealing thing about it being that we can have the F1500 UPS sitting under the console in the auditorium and unlike other [IT designed] UPS units we’ve tried it never beeps or makes any other inappropriate noise in the theatre environment. Nothing bad to report about the unit at all.”

The F1500 UPS isn’t intended to replace the mains supply for an indefinite period, but to provide enough time for an orderly save and shutdown of vulnerable equipment, and to switch over to a backup power supply such as a generator. 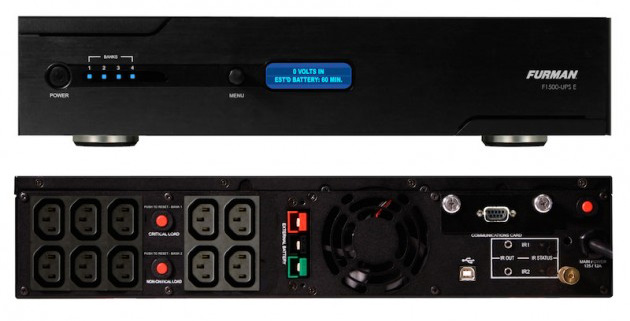 A few days ago Grant Petty, CEO of Blackmagic Design announced the newest member to their family of professional cameras – Ursa. A high…