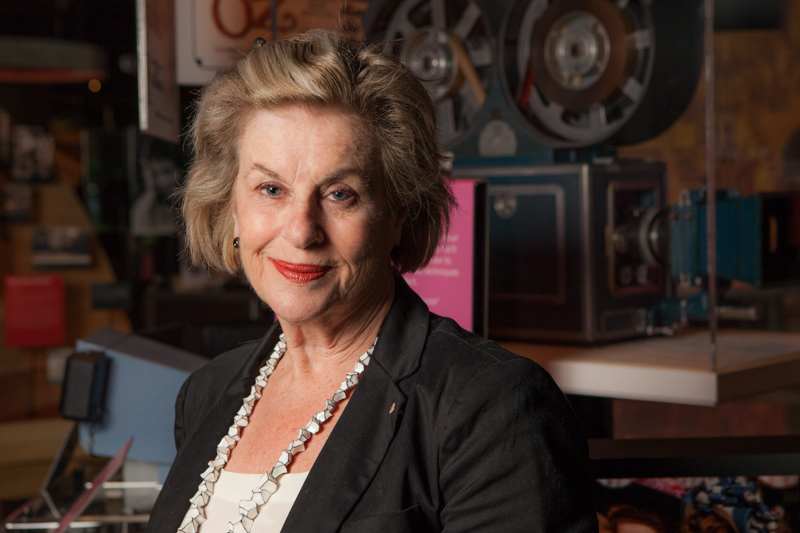 Australian Centre for the Moving Image (ACMI) Board President (Acting), Peter Lewinsky, together with Director/CEO, Tony Sweeney, today expressed deep sadness and condolences following the death of Board President, Lorraine Elliott AM, last night after a short illness.

Mr Lewinsky said since her appointment by the Victorian Government in July 2013, Lorraine had been a passionate and energetic Board President, focussed on ensuring ACMI’s continued and sustained prosperity and success into the future.

“Lorraine brought with her a long-standing commitment to the arts, and a fairness, energy and determination to support the Board, staff and volunteers of ACMI to achieve our goals and objectives into the future,’ Mr Lewinsky said. “She was very excited at her appointment and the prospect of leading the organisation into a second successful decade, and she was a passionate and enthusiastic advocate for ACMI, its people, programs and visitors. She’ll be greatly missed”.

Lorraine Elliott’s role as ACMI Board President was the latest in a long list of achievements across a distinguished career in public life. She had a long commitment to education, public service, the arts, community development and disability services.

Starting her career as a secondary teacher, Lorraine entered the Victorian Parliament in 1992, holding several roles within government and opposition including Parliamentary Secretary for the Arts, Shadow Minister for Community Services and Shadow Minister for the Arts, responsible for the portfolios of disability services, community care, early childhood education, juvenile justice, and the arts.

“The thoughts of everyone at ACMI are now with Lorraine’s husband, John, and her children and grandchildren, whom she adored,” Mr Lewinsky said.

The staff of V&F send our condolences to ACMI and our thoughts are with the friends & family of Lorraine.

4K is the way of the future, or so it would seem with many major industry players moving their ranges into this higher resolution;…