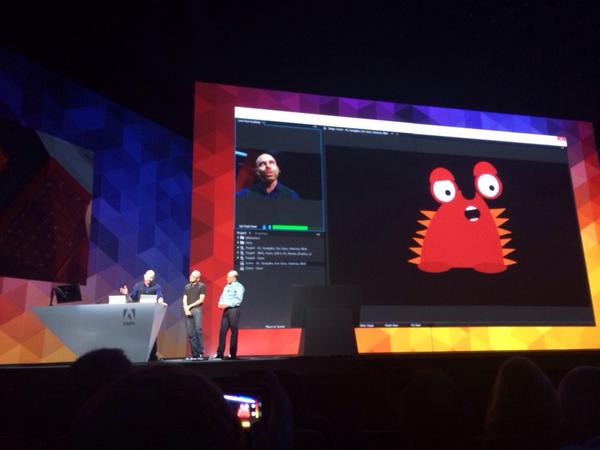 The tool has been created by Adobe’s After Effects team, and it allows users to control their puppet via a webcam, using just your face and speech, including movement and blinking eyes.

“By accessing your computer’s webcam, Project Animal will track the movement of your head, mouth, and eyes—including your blinking, glancing, and eye-brow raising—and move your puppet accordingly. When you talk, your character talks. When you feign surprise, so does your character. When you’re grumpy, your character is too.” 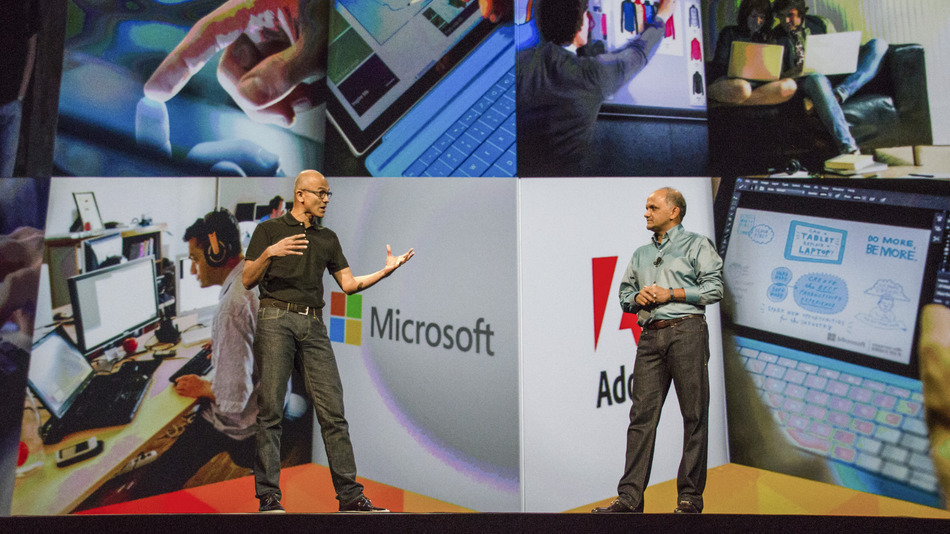 Gallina went on to explain how the tool will work:

“Project Animal is for two different types of After Effects artists: those who want to rig complex characters without creating a confusing tangle of expressions, and those who just want to create simple characters easily. Either way, once the character is set up, bringing it to life is just a matter of acting out your performance in front of your webcam.

The workflow starts with importing layered Illustrator or Photoshop files. If the layers are named to indicate which body part they correspond to, then there’s no further rigging required – you can immediately control your puppet with your face.”  –You can read the post in it’s entirety here.

The demo done during the keynote presentation, used a Surface Pro 3 to control the puppet. It’ll be interesting to see if Adobe offer Project Animal as a mobile app too, even a dumbed-down version would be crazy popular.

Although, in saying that, it does kind of sound like those kiddie webcam animal characters that repeat what your little darlings are noisily gabbing at it – albeit, a Blade Runner techno-cyborg version.

Particularly, if you can create your own models, this would mean the puppet-tool is a simple rigging solution for quickly allowing control of your 3D character. That is, assuming it allows 3D control, from the looks of those Instagram vids it seems to be strictly 2D. *UPDATE* – We spoke to Adobe, it is only 2D.

We can already see the millions of new Youtube animations featuring the puppet-tool. Which is a brilliant for those who have great ideas and know their way around Adobe’s other apps, but struggle to deal with manual keyframes or creating models in Maya, or Cinema 4D.

It’s going to be seriously interesting to use and hopefully will work well.

Those who could use the tech in their current workflows are invited to submit an application for a beta version. You can apply for that here.

So what do you think? Blown up kid’s toy or serious animation tool?

Interact with Animal to animate keyframes automatically with your camera! #AdobeMAX pic.twitter.com/D6tSfzkxmH

Lens flares – love them, hate them, risk looking too much like J.J. Abrams with them. Despite the Abrams-induced overuse, however, lens flares are…