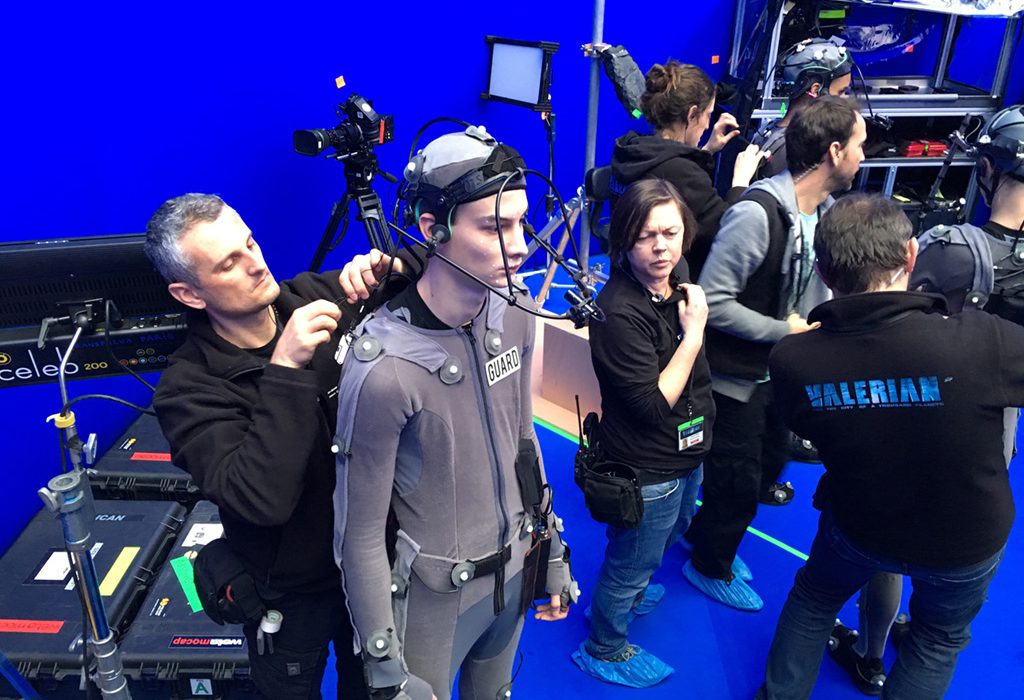 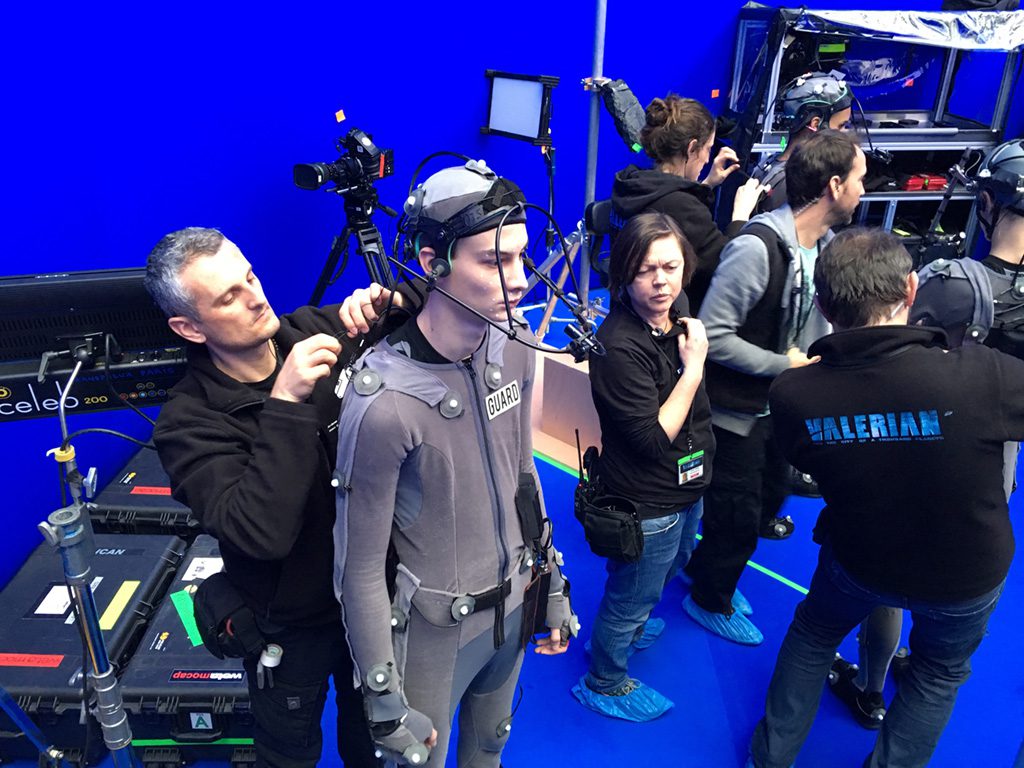 French Sound Engineer Stéphane Bucher faced a difficult task when he was asked to record the audio for ‘Valerian and the City of a Thousand Planets’, the new film from internationally acclaimed director, Luc Besson.
The sci-fi blockbuster, reportedly the most expensive movie ever produced in Europe, features over 100 characters, many of whom are wearing intricate costumes including space suits. Ensuring that dialogue was recorded intelligibly was Bucher’s first challenge – and one that could only be met by using DPA d:screet 4060 Omnidirectional Miniature Microphones.
“From an audio point of view, this was an insanely complicated movie to capture,” says Bucher. “It wasn’t just the costumes – we also had to cope with actors talking through walls and hopping around in space. The spaceship, Intruder, also has a mind of its own and therefore a voice that needed to be recorded. Added to this, Luc Besson was very clear from the outset that he didn’t want to replace dialogue in ADR, so we had to get it right the first time on set.” 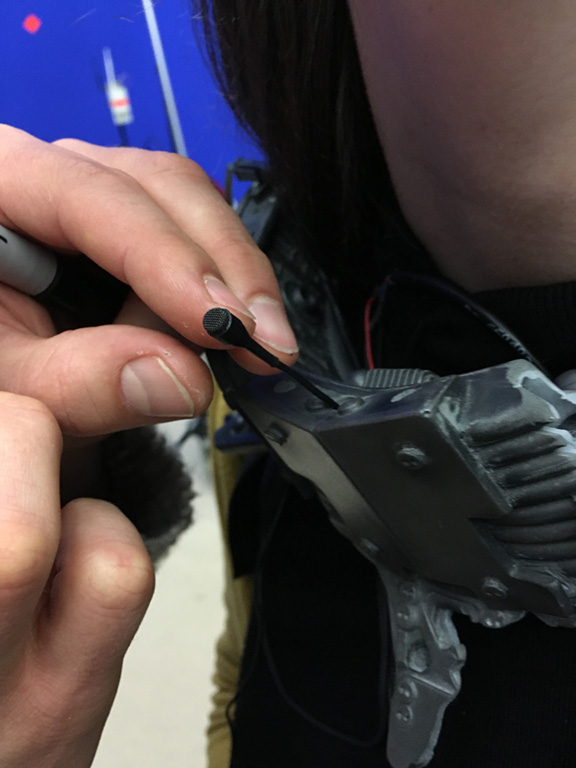 DPA microphones are an integral part of Bucher’s audio tool kit. He has used the company’s products on many previous films including ‘Taken 3’ and ‘Lucy’, so was more than happy to try them out for this role.
“DPA’s wireless d:screet 4060 Miniature Microphones deliver exceptional audio quality and are also very small, which makes them much easier to hide,” says Bucher. “Thanks to their omnidirectional characteristics, they don’t need to be aimed directly at a sound source to capture great audio. They are incredibly tough, which is important when you are shooting an action film with a lot of movement and when you have to keep swapping them from one costume to another.”
More than 30 d:screet 4060 microphones were delivered to the ‘Valerian’ set in Paris. Since Besson likes to play his cards close to his chest, Bucher and his team had very little time to go through the script and prepare before shooting started. On filming days, time was even tighter because the microphones had to be positioned within each costume before the actors came on set.
“Luc likes to start shooting immediately – there’s no point trying to fit or to move a mic in a costume because it is just too late,” says Bucher.
He adds that the success of this film came down to intricate preparation and working very closely with Olivier Bériot, who headed up the costume department. 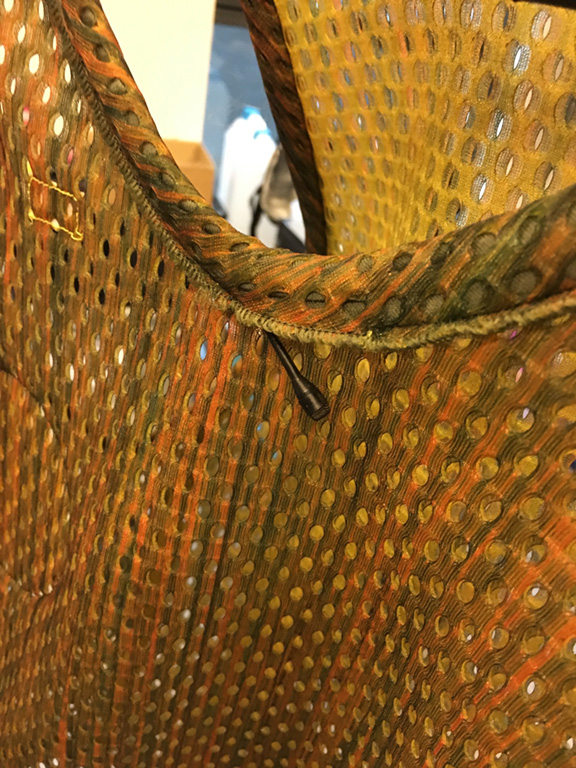 “Many of the costumes are made from thick, synthetic fabrics that give them a futuristic look, but are not that easy for the sound team because they make a lot of noise,” says Bucher. “With Olivier’s help, we found places to hide our mics without them being visible on screen. Our main challenge, however, was the spacesuits worn by Valerian (played by Dane DeHaan) and Laureline (Cara Delevingne). Olivier chose a fabric that was light and well insulated from a sound point of view, but we couldn’t hide the mics inside the shell of the suit because they would still have been muffled by the plastic. Instead, we decided to mount them inside the huge ruff that the actors wear around their necks.”
As the microphones needed to stick out but at the same time blend into the design or the ruff, Bucher and Bériot decided to make them look like an intercom between the spacesuits. 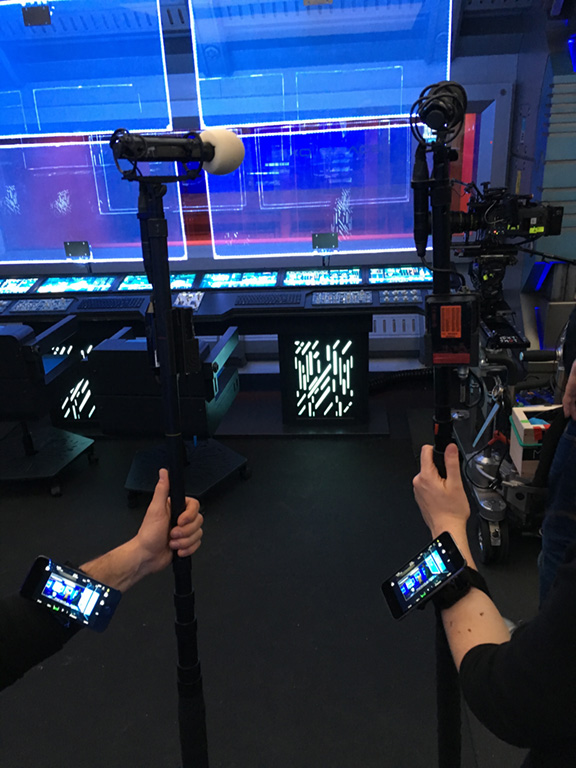 “We tried various options,” says Bucher. “At first we had the microphone sticking out of the ruff but that didn’t work, so then we tried a d:screet 4060 with a high boost grid, which was chosen for aesthetic reasons. We didn’t worry about high frequencies because we thought we could bring them down in post-production, but when we heard the sound we realised it didn’t work because the high frequency was way too powerful and was bouncing off the surface of the grid in an unacceptable way. Finally, we swapped to a soft boost grid, which gave us a much more balanced sound. By adding a small rubber joint and lifting the mic capsule completely clear of the ruff, we were also able to reduce vibration noise.” 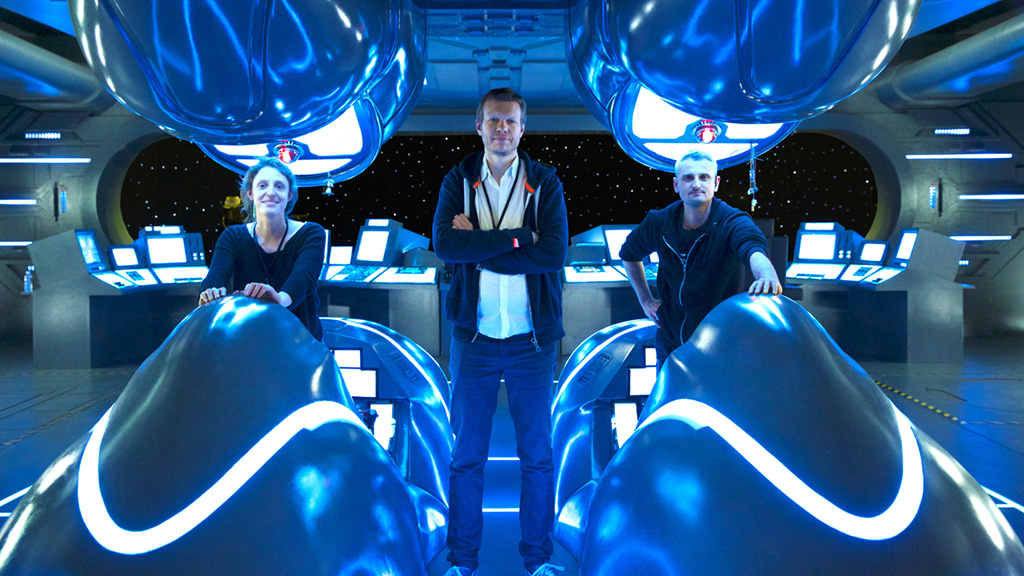 Valerian and Laureline each had three ruffs so that spares were immediately available. The microphones were left in position, which meant that all the sound crew had to do was plug in the wireless transmitter. DPA d:screet 4060 microphones were also used on the motion capture costumes that the actors wore when shooting CGI scenes.
“To reduce noise, we put the microphones on the costumes with a semi rigid surface that we built with a 3D printer,” says Bucher. “For the main actors who were wearing camera helmets, we positioned one mic on the helmet and one on their chest in case Luc wanted them to take the helmet off for a close up.” 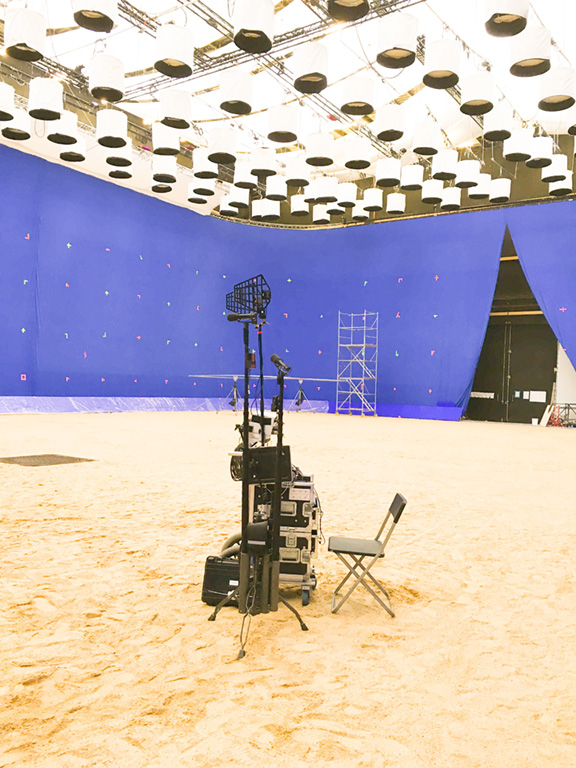 Besson’s decision to keep ADR to a minimum put additional pressure on the sound team to capture great audio on set.
“The good thing about Luc is that he really understands sound so he was able to get involved when we were debating microphone positions and what would work best,” says Bucher. “He expects you to find solutions and that pressure does make you raise your game. In the end, the audio we recorded with our DPA microphones was fantastic and everyone was impressed, especially the post-production team who said the richness and clarity of the sound gave them many more options to play with.” 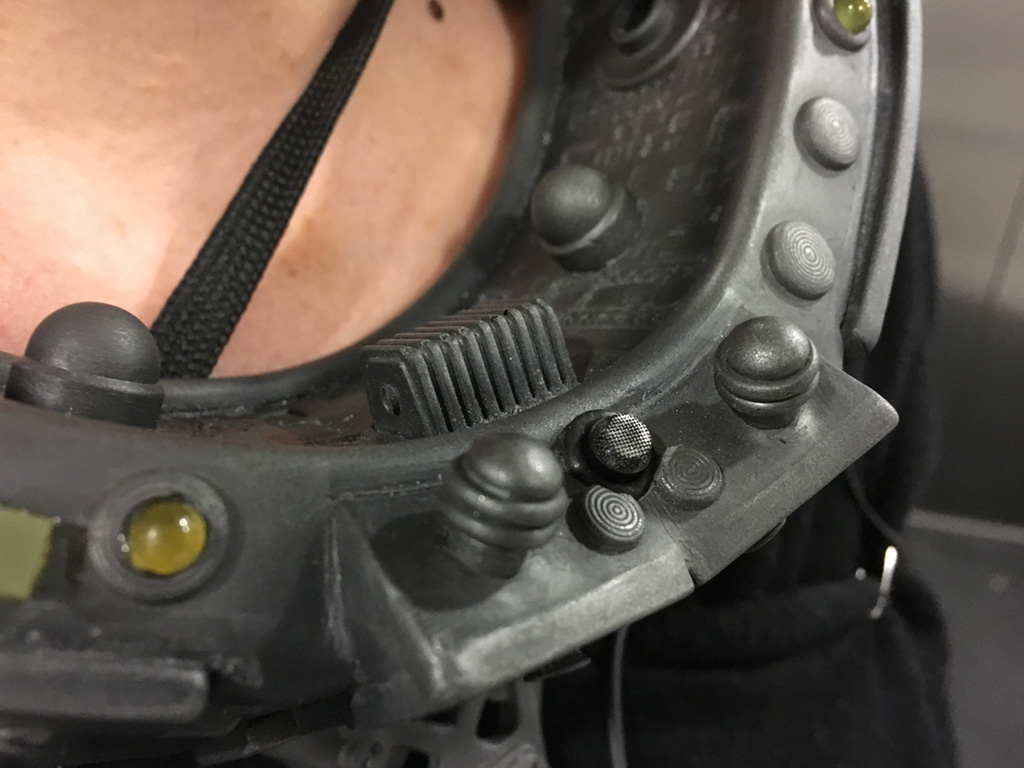 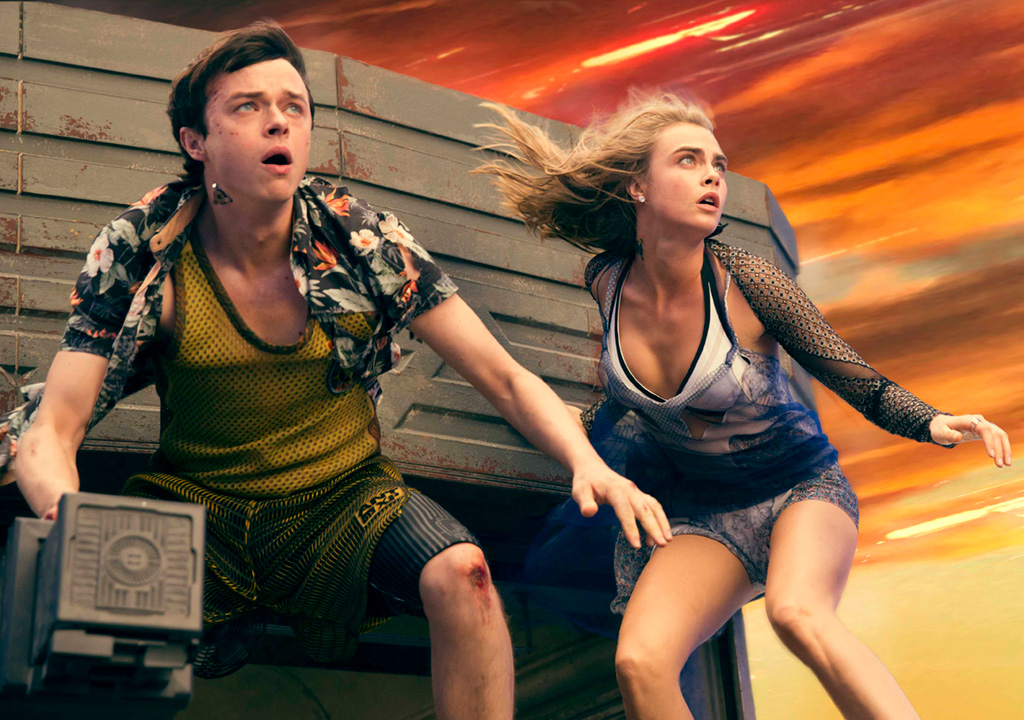 Neumann Films have released footage shot on the new 6K RED Epic Dragon to download and test edit.   We recently did a piece…