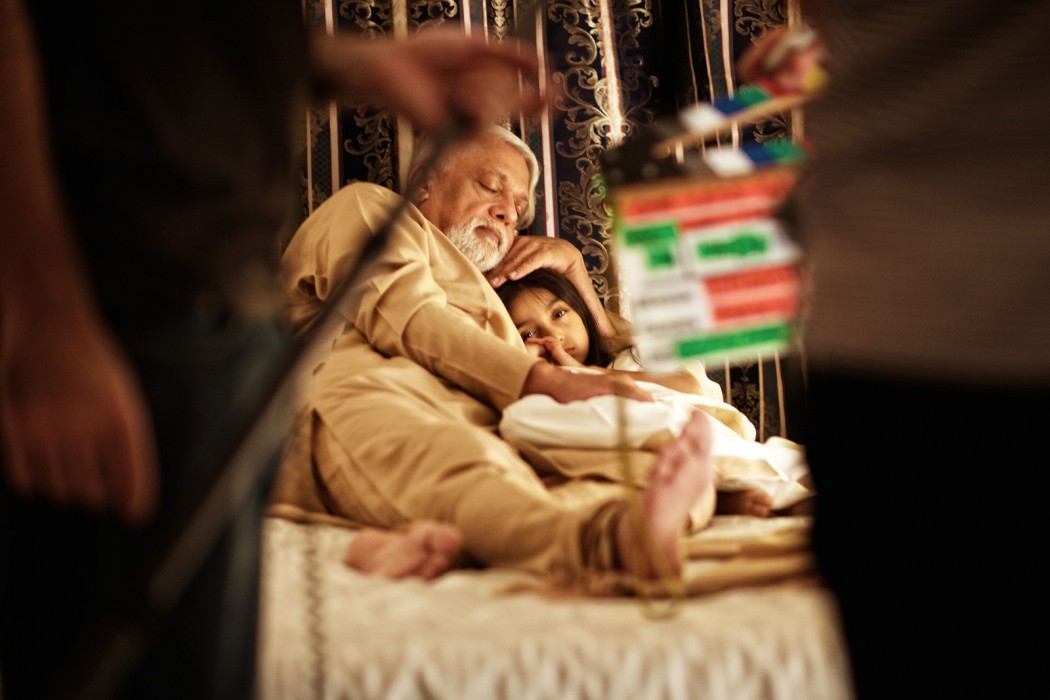 It was nearly 15 years ago that I sat in a Dov Simens lecture being charismatically verballed along with everyone else, on how it takes ten years to get to make a first feature, and if you wanted to make one sooner, then you needed to take six kids, put them in a room, and chop them up. Actually, I think it was chop them the fuck up. Or it may have been chop the little fucking fuckers the fuck up…? I can’t exactly remember. But the point was; Single location, low cost, low standards acceptable, horror sells… so go chop some teenagers [the fuck] up. 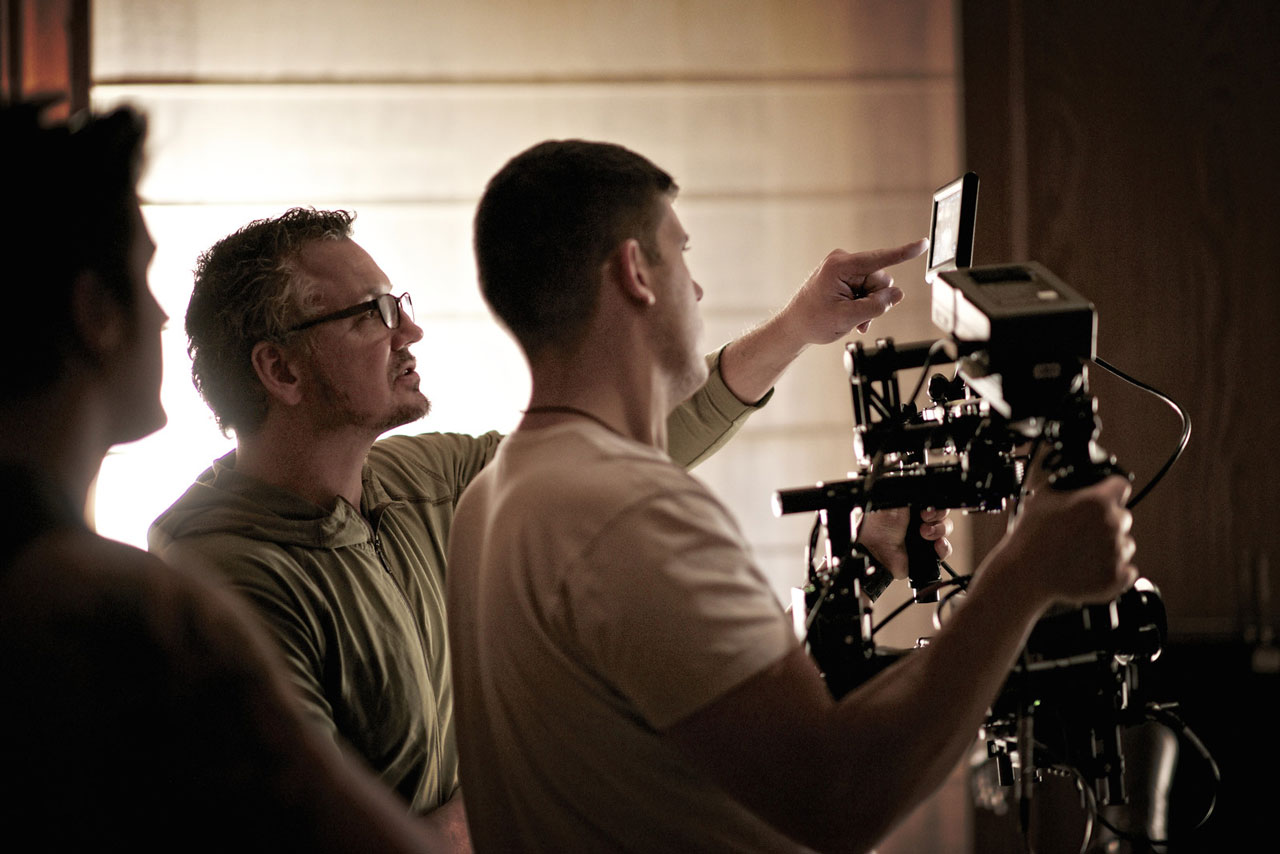 I was attending with my Executive Producer at the time. I had a background in theatre and a few years in film, I had some formal training, the complete works of Shakespeare sat on my book shelf, not an anthology of Roger Corman films, and I was fast tracking towards what I thought would be my first feature with a script that was attracting solid finance, and we had our first A list actor willing to commit to a pay or play deal.

Things were going great, and I remember assuring my EP on our lunch break that while yes, we were making a fantasy film and not a horror, and yes it was for a hell of a lot more than Mr Simmens was advocating that we chopped up teenagers for. And no I had no idea how much a roll of 35mm film cost… that we had made a lot of low budget decisions in scripting the film, reputable industry people loved our story, it was human and had heart. We had a significant attachment, and with our elite special effects contacts we could make it work and prove to be the exception to Dov’s rule. No matter how profound or profanely put.

Maybe now with the tech democratisation that has taken place we would have had a better chance, as we came pretty close. But three years later, the project finally and irrevocably fell apart.

Was I wrong? Should I have been up to my elbows in whip-pans, teenage entrails and corn syrup by then? 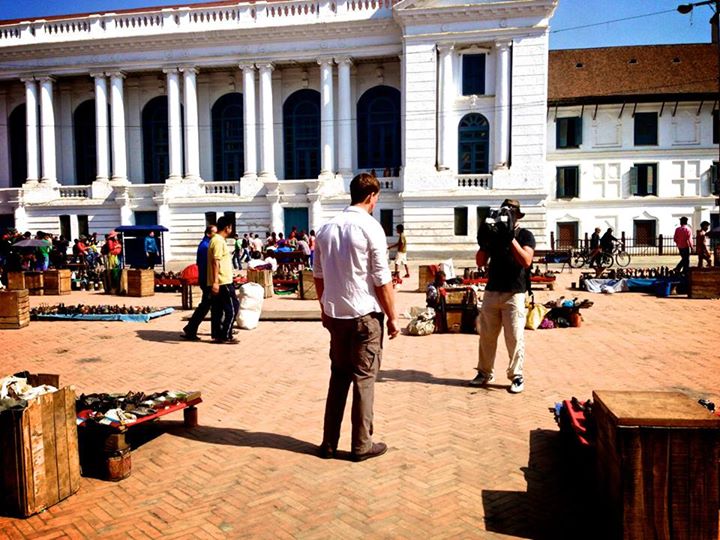 What ensued for the next seven odd years is not an uncommon tale, so I won’t overly bore other filmmakers with the details. Unless maybe you ask me politely at a pub, or you could just email me and I’ll write you a novella, or I will even tweet it to you in 140 characters at a time, if just someone, anyone, out there actually truly cares?!!! What no one? Ok, I’ll move on and just say, as William Goldman famously put it, “My adventures in the screen trade” were, well… they were shit. Let’s be clear. I’d wanted to “go to Rivendell and see the elves”, but found myself on Cormac McCarthy ‘s Road instead, where any elf you might happen to encounter, was as like to be coked up, inclined to shoot crossbows at you, and would run off with your backpack the first chance they got.

From dodgy producers, to greedy lawyers, a thousand promises, pitches and meetings…we worked to dot everyone’s I’s and cross everyone else’s T’s. We developed property after property, but they all still came to nought. And you know what the worst part was? Worse even than becoming that guy who clams up when people ask you what you’re doing because you’re so utterly sick of talking about things that never eventuate, that you’d rather walk around like a parody of a fucking Chekhov character than continue feeling like a such a fraud. No, the worst part was…that there was no guarantee this would not continue to be your experience. No matter how much you learned, or how hard you worked. 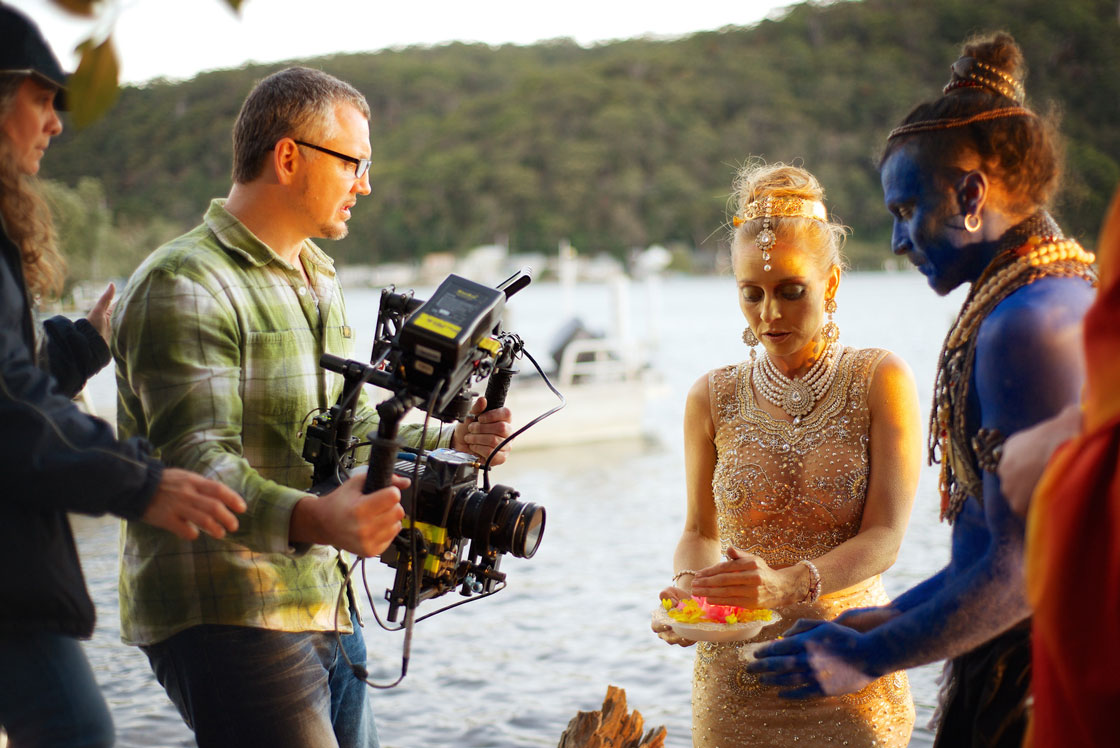 This industry is not ‘just’. Buddha is not running this show. Karma often goes only as far as your credit card and I’m not even remotely convinced it’s humane. What this industry assuredly is; is hard. So hard, that the advent of a background in finance, law or car sales, is arguably much more conducive to actually getting to make films for a genuine ‘I-can-actually-help-support-a-family-not-just-starve-in-a-flat-with-my-DSLR-and-iMac’ living, than any amount of film studies.

However, with the advent of the digital age the gates to the country club seemed to be finally wedging open. I’m so grateful to, and inspired by, all the amazing tech pioneers in our industry. I love tech, because it’s just so creatively empowering when you embrace it, and I’m also inspired by the many educators, and incredible resources like V&F and others, with a lifetimes worth of articles, interviews, tutorials and reviews only a click or two away, I feel very privileged in this regard to be a filmmaker at this time. 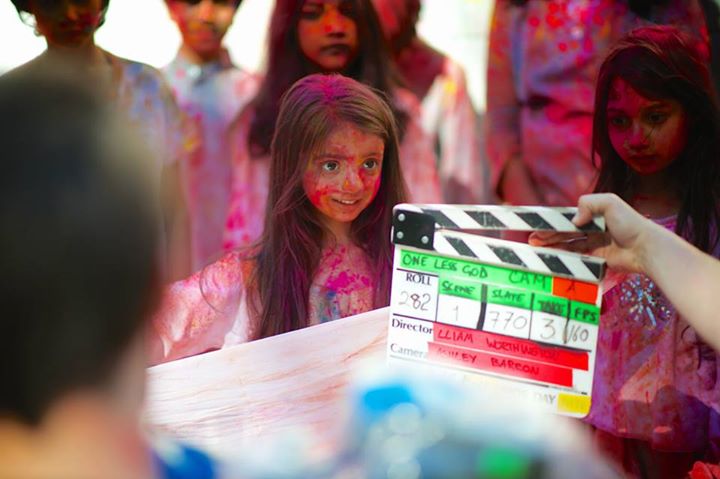 Minal Rao in a scene from ‘One Less God’ (image: Nelson Lau).

But there’s still an elephant in the room, actually no, it’s a mammoth. And when it moves, it tramples the dreams of thousands of filmmakers every year.

Probably one of the most sobering and disheartening things a filmmaker can hear, and you repeatedly will, from the kind of smart, experienced and well intentioned people that it would be very stupid to ignore, is that even if you get funding and make a quality film, that the market place is over saturated, and you have very little chance (beyond four walling yourself) of a genuine theatrical release or of being picked up for distribution­– unless of course you have managed to convince Benedict Cumberbatch to agree to work for daily helpings of your mum’s best casserole.

That’s a pretty grim sales pitch to give to even the keenest investor – or to Benedict Cumberbatch for that matter; especially given he’s probably a gluten free, anaemic vegan, with 27 food allergies, and only eats food the same colour as his scarf on any given day on set. 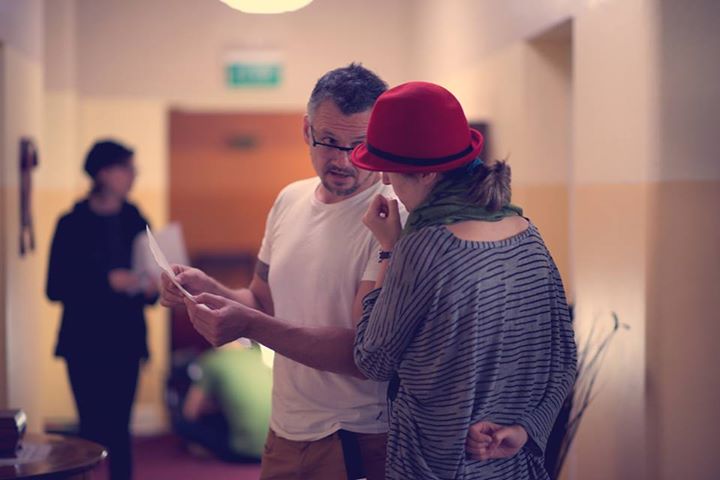 But there is of course another model now being widely used and encouraged. Where we build our own audiences via social media, crowd fund our films, and then market and self distribute, controlling our release windows and cutting out the middleman and gatekeepers entirely.

It’s still new ground and it’s changing rapidly. Some see it as an end-to-end model of unparalleled liberation and opportunity, others, just an additional revenue stream or a worse case if they do not get picked up–which is fairly being pointed out as not an approach likely to garner any success.

I’ve encountered those who even despite some of the large successes like Mars, Braff or Gosnell, still see crowdfunding as something quaint for those not good enough to break into their circle–someone pass the chardonnay [or maybe that large teenage chopping implement would be more useful]. Others who would love to see online self-distribution flourish, still remain sceptical about the possible returns, workload, specialist expertise and marketing required– and they have a point. 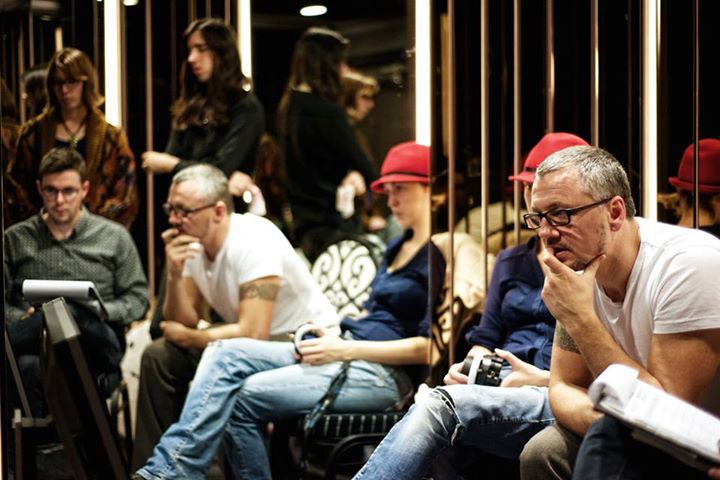 However no matter what your opinion is, in the face of the overwhelming majority of filmmakers being routinely disappointed, this generation of already multi hyphenated filmmakers are being told; if we want to survive, then we need to embrace becoming website-ing, graphic designing, blogging, tweeting, posting, publicising, reviewing, marketing, networking, commentating, self promoting, distributors… that can hopefully also write, direct and or produce high quality films.

Sound any easier? I agree. So here as I finally sit in post on my first feature, I’d like to be able to share what I think is one of the most important things I’ve learned, in the small hope that it might be of benefit to some other emerging filmmakers out there.

I don’t think you have to get a bunch of kids, stick them in a house, and chop them up. Though if you’ve been doing Andrew Kramer tutorials since you were nine, and you’re going to stick them in a spaceship and let an Alien do it…I’ll give you that’s way cooler. [Right Ridley?]. 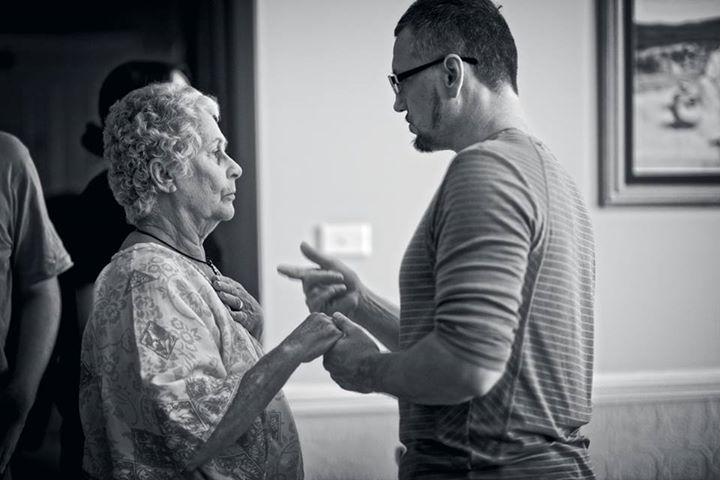 Most first time films I see people making do not. I want to clarify, “all” my failed projects meant a lot to me, and I poured my love and work into every single one of them. But not one of the subject matters mattered as deeply to me as the feature I am now in post on. And I can actually say, despite all the heartache, I am eternally glad that I did not go into production on any of those other films. I don’t agree with the old maxim, ‘you should write what you know’ anymore. I think that you should try to learn everything you possibly can about something that matters deeply to you, and then you should write/make a film about that. 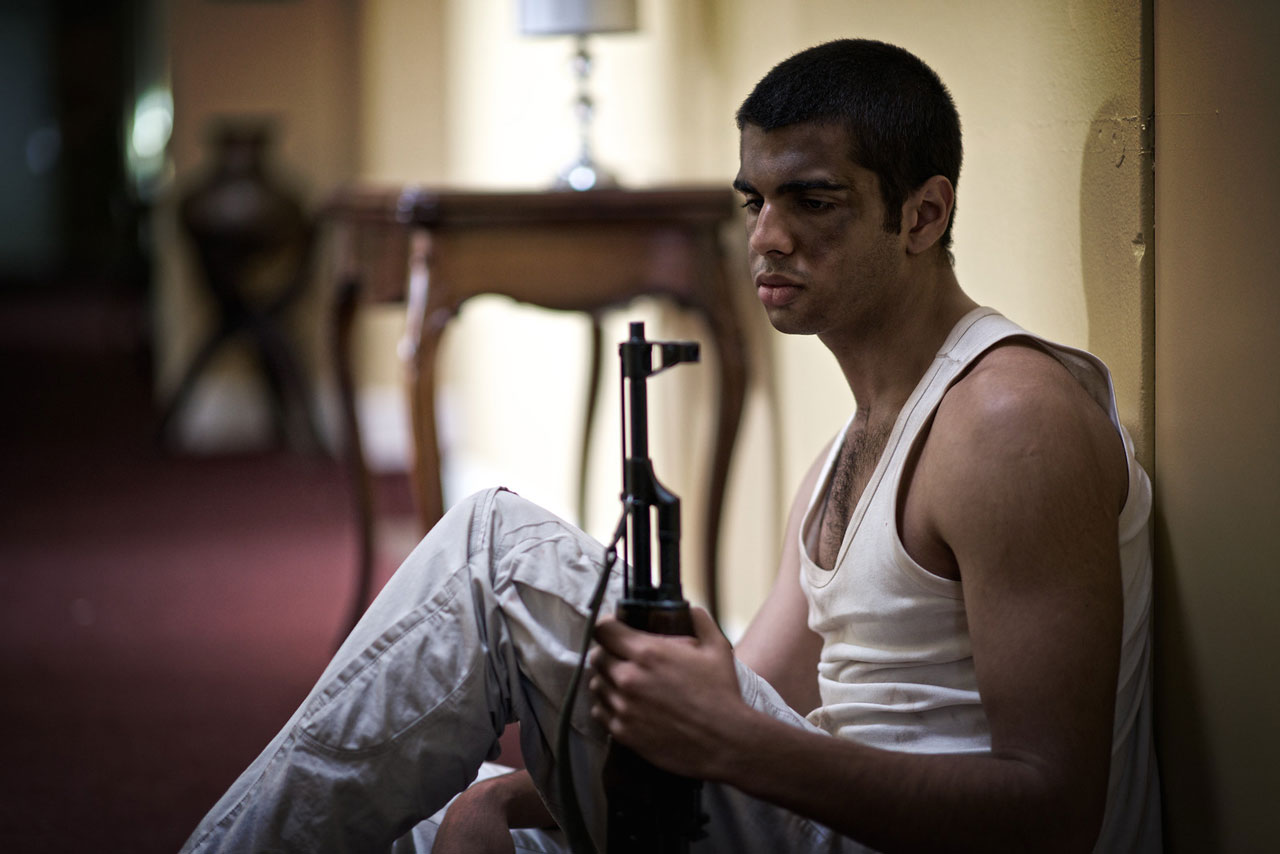 Kabir Singh in a scene from ‘One Less God’ (image: Nelson Lau).

A lot of monetising has to do with your quality. Unfortunately, there are a great many things beyond your control as a filmmaker that will impact upon the quality of your film. However, when people believe in something they work harder, and this will add to your quality. When people believe in what you are doing, they go out of their way to help you, this will add to your quality. When you make something that deeply matters to you, you will pour every single ounce that you can into the film, and this will give it the best possible chance of being a work of quality. And it will also let you sleep at night. Knowing whatever its shortcoming, it truly was the best you could do at the time. There is peace in this. Peace is important too. 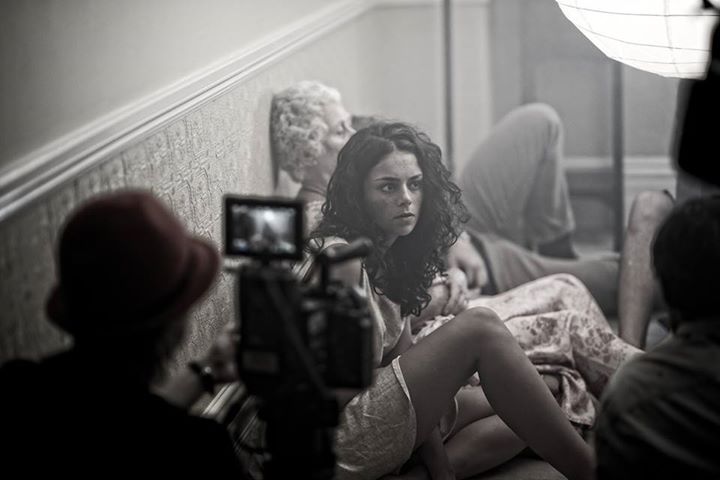 Reilly O’byrne-Inglis in a scene from ‘One Less God’ (image: Nelson Lau).

I hope it no longer has to take you ten years, and a swathe of chopped up teens to learn this anymore. [Though please feel free to put the $800 I spent on Dov into my crowdfunding campaign below]

Lliam Worthington is an Australian based Writer Director whose feature film One Less God is currently in post production and the final stages of it’s Indiegogo crowd funding campaign. Please help support the film now: www.indiegogo.com/projects/one-less-god

Keep up to date with all of the One Less God production and release news, at: www.facebook.com/OneLessGodMovie

If you enjoyed the article, then you’ll be happy to know that Lliam will be doing a series of guest articles here on V&F over the next few months – topics such as casting and rehearsal processes, coverage and blocking, all the way through to the edit. So keep an eye out!

TUTORIAL: How to organise your edit in Premiere Pro

Finding a rhythm or sequence is difficult enough when editing a project, and having everything close at hand should be the least of your…