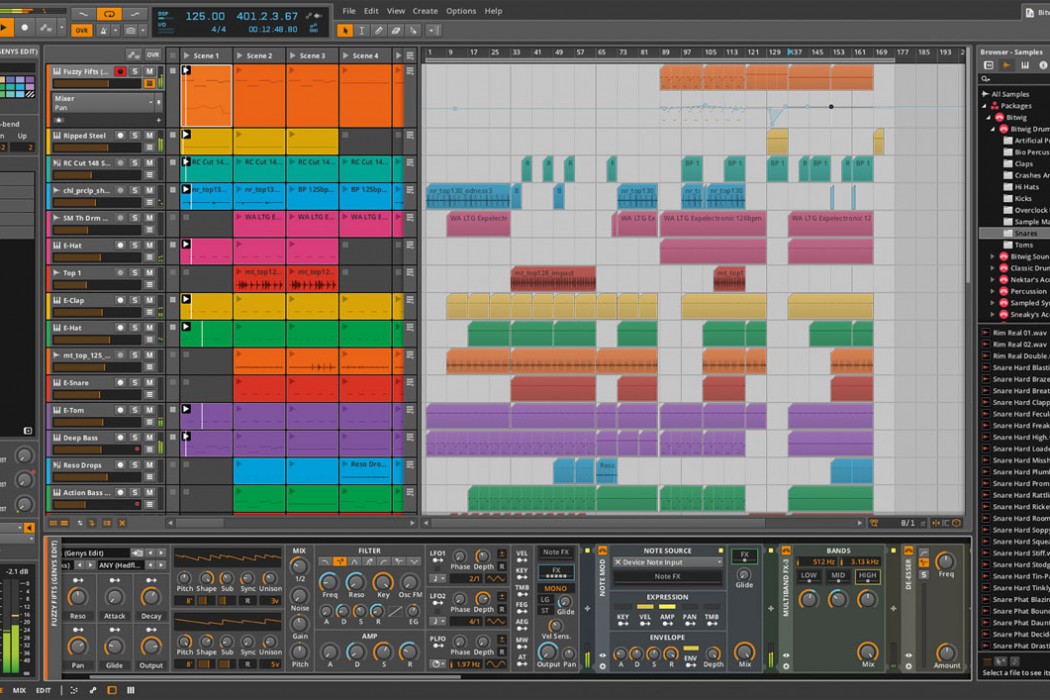 Bitwig has finally released its much anticipated Studio 1.1 update, the first major update since the audio production software hit our desktops last March.

The new release brings with it new features and functionalities, such as multi in/out VST routing support, allowing users to save elaborate side-chains and presets, you can side-chain one voice off another anywhere within 1.1. In fact, all types routing has been improved, the marketing literally states “send anything, anywhere”.  Other updates include, Time-Stretching, Latency Compensation, new Modulation Parameters, a Note MOD device, De-Esser and other new devices.

Something we particularly liked is BitWig’s release of an Open Controller API coinciding with the 1.1 update. Users can now download and modify manufacturers control scripts, or create their own to share on the company’s new Community Controller Library (check it out, here). There’s already close to one hundred submissions in the library for manufacturers such as Nektar, Livid Instruments, Keith McMillen, Arturia, Novation. Including complex scripts for Ableton Push and Native Instruments Maschine.

The Studio 1.1 update is available for download now, (here). BitWig is also running an End-of-Year promotion with a sale price of US$299, until January 15, 2015.

Check out the new VST multi in/out feature video below:

Cinemartin has always been about giving filmmakers editing on Windows machines, the same workflow as Mac users. So this new plugin does the same as…