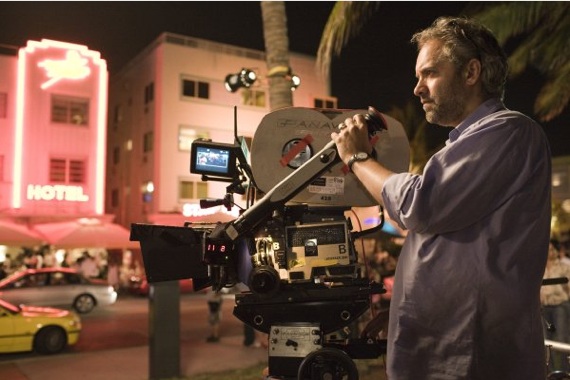 During his thank you speech Mendes said “One of the things I love about Americans is you do massive ego trips incredibly well. Blimey. I don’t think I’ve ever seen so many photographs of myself. I didn’t even know they existed”

After reviewing the montage of his career highlights, Mendes decided to address the filmmakers in the room giving his advice on becoming a happier director. 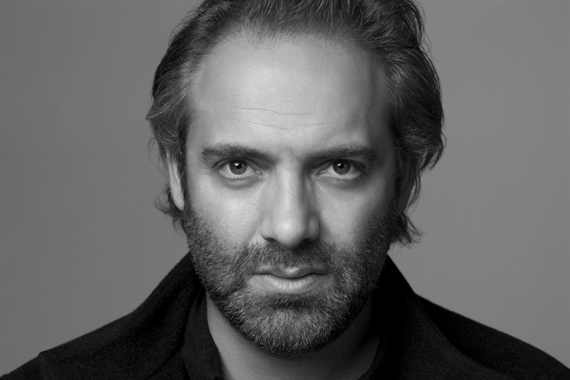 “If there are any directors out there in the audience, or anyone who’s interested in directing, I’ve written 25 steps towards becoming a happier director. These are them:

1. Always choose good collaborators. It seems so obvious, but the best collaborators are the ones who disagree with you. It means they’re passionate, they have opinions, and they’ll only ever say yes if they mean it.

2. Try to learn how to make the familiar strange, and the strange familiar. Direct Shakespeare like it’s a new play, and treat every new play as if it’s Shakespeare.

3. If you have the chance, please work with Dame Judi Dench.

4. Learn to say, “I don’t know the answer.” It could be the beginning of a very good day’s rehearsal.

5. Go to the ancient amphitheater at Epidaurus, in Greece. It makes you realize what you are a part of, and it will change the way you look at the world. If you’re an artist, you will feel central, and you will never feel peripheral again.

6. Avoid, please, all metaphors of plays or films as “pinnacles” or “peaks”; treat with absolute scorn the word “definitive”; and if anyone uses the word “masterpiece,” they don’t know what they’re doing. The pursuit of perfection is a mug’s game.

7. If you are doing a play or a film, you have to have a secret way in if you are directing it. Sometimes it’s big things. American Beauty, for me, was about my adolescence. Road to Perdition was about my childhood. Skyfall was about middle-age and mortality. Sometimes it’s small things. Maybe it’s just a simple idea. What if we do the whole thing in the nightclub, for example. But it’s not enough just to admire a script, you have to have a way in that is yours, and yours alone.

8. Confidence is essential, but ego is not.

9. Theater is the writer’s medium and the actor’s medium; the director comes a distant third. If you want a proper ego trip, direct movies.

10. Buy a good set of blinkers. Do not read reviews. It’s enough to know whether they’re good or they’re bad. When I started, artists vastly outnumbered commentators, and now, there are a thousand published public opinions for every work of art. However strong you are, confidence is essential to what you do, and confidence is a fragile thing. Protect it. As T.S. Eliot says, teach us to care, and not to care. 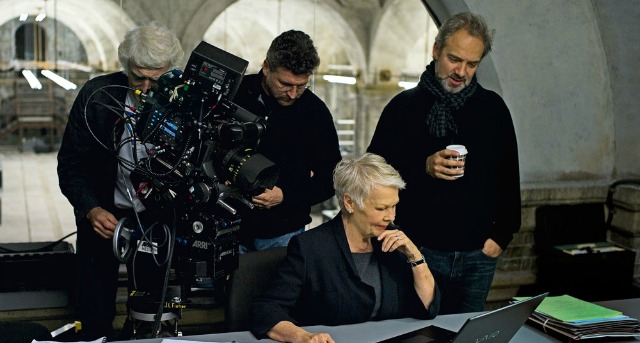 11. Run a theater. A play is temporary, a building is permanent. So try to create something that stays behind and will be used and loved by others.

12. You are never too old to learn something new, as I reminded myself, I learned to ski with my 10-year-old son, of course, who did it in about 10 minutes, and I spent four days slaloming up and down, looking like a complete tit. But, don’t be scared of feeling like a complete tit. It’s an essential part of the learning process.

13. There is no right and wrong, there is only interesting, and less interesting.

14. Paintings, novels, poetry, music are all superior art forms. But theater and film can steal from all of them.

15. There are no such things as “previews” on Broadway.

16. Peter Brooks said, “The journey is the destination.” Do not think of product, or, god forbid, audience response. Think only of discovery and process. One of my favorite quotes from Hamlet—Polonius: “We shall, by indirections, find the directions out.”

17. Learn when to shut up. I’m still working on this one.

18. When you have a cast of 20, this means you have 20 other imaginations in the room with you. Use them.

19. Please remember the Oscars are a TV show.

20. Get on with it. Robert Frost said, “Tell everything a little faster.” He wasn’t wrong.

21. The second production of a musical is always better than the first.

22. Learn to accept the blame for everything. If the script was poor, you didn’t work hard enough with the writer. If the actors failed, you failed. If the sets, the lighting, the post, the costumes are wrong, you gave them the thumbs-up. So build up your shoulders, they need to be broad.

23. On screen, your hero can blow away 500 bad guys, but if he smokes one fucking cigarette, you’re in deep shit.

24. Always have an alternative career planned out. Mine is a cricket commentator. You will never do this career, but it might help you get to sleep at night.

25. Never, ever, ever forget how lucky you are to do something that you love.”

Feature Image: Mendes on the set of ‘Away We Go’ (image: courtesy Focus Features).

The 25th annual Kodak Student Scholarship Program is on again this year and is currently taking submissions. The international program is designed to encourage…