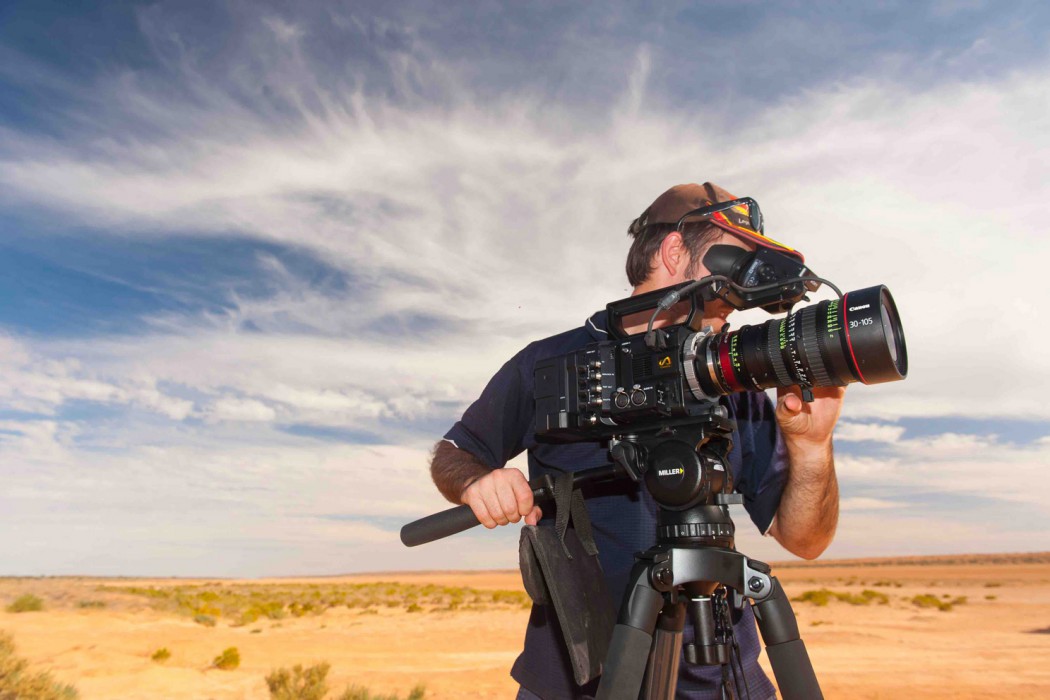 Australia’s great outback is showcased in the off-road adventure series Roothy’s LowRange, hosted by bush mechanic, four wheel driver and campfire cook, John ‘Roothy’ Rooth.  Produced by Melanie Galea, the series features iconic scenes and locations shot by cinematographer Gavin Rawlings, who says that the high production values are some of the best he’s seen in an off-road television show.

Rawlings shot the series on Sony’s PMW-F55 CineAlta 4K camera, saying: “I decided to go with the F55 on this show because I was very familiar with the camera and happy with the image quality it produces.

“I’d ordered the F55 as soon as I heard about it. At the time I was looking around for a new camera system to replace my Sony EX1 setup. Talk about a huge step. I wanted to move into the 35mm sensor field and have access to high frame rates. The fact that the camera was very modular as well was a bonus as it meant I could strip it down and run a small prime lens on it for particular shooting scenarios as well as build the camera up with large PL zooms.” 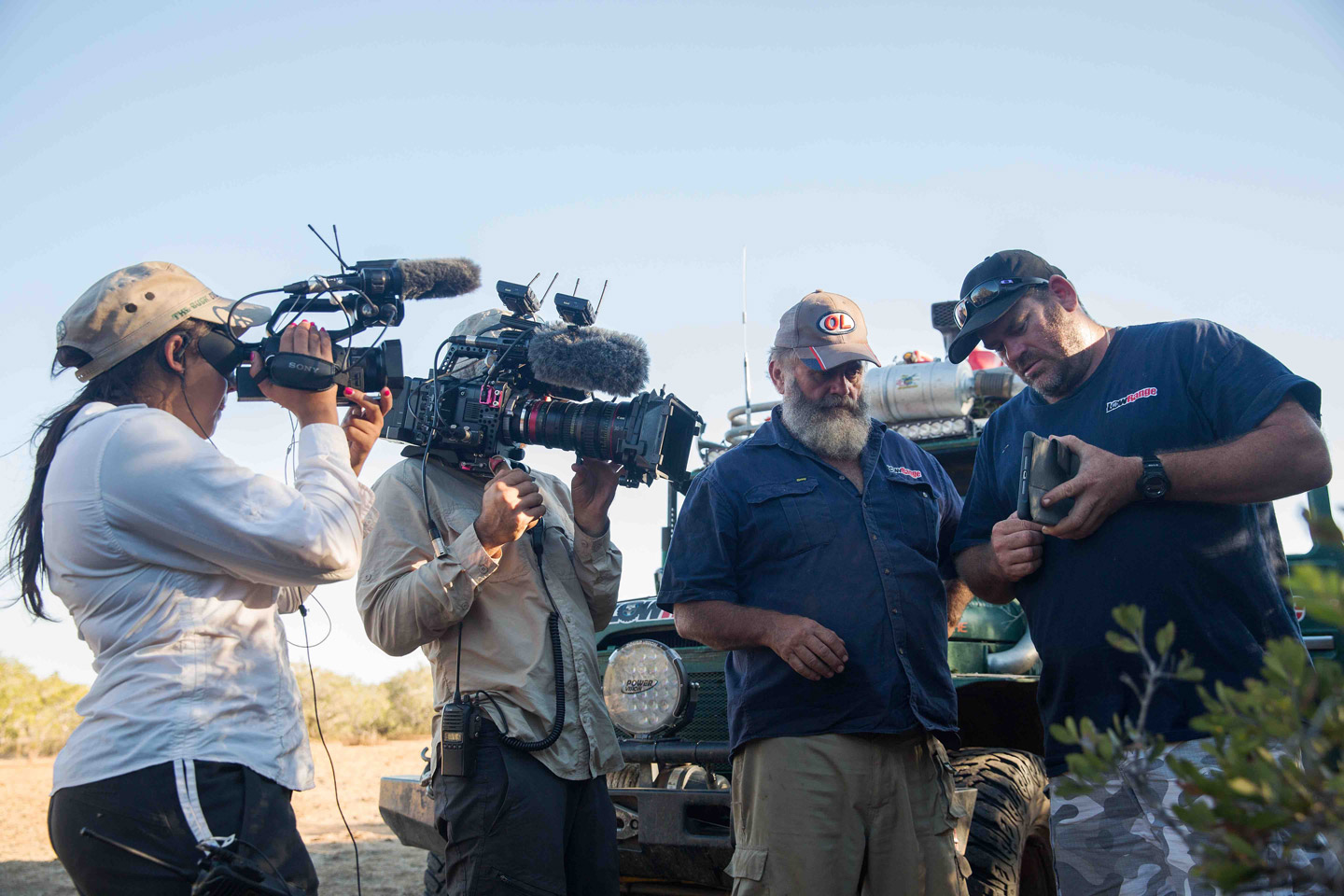 Rawlings has used his camera in productions and shooting locations throughout the world. One of the benefits of shooting with a camera you’re familiar with (or one you own), is that you quickly understand what kinds of images it’s capable of reproducing and what settings are needed for each shot, particularly when shooting in 4K.

“4K resolution works perfectly for a HD project and delivery. The ability to crop, zoom and stablise in post without any loss of resolution is a massive plus for my work. That and the fact that I travel to some of the most remote places in Australia which I love being able to capture in 4K,” Rawlings said.

Adding, “With ‘LowRange’ I tend to use the camera mainly on a tripod or handheld. I also use it on a Cine Slider to get some nice sliding shots out in the field. When you’re living and working out of a 4WD space becomes limited. Sometimes I’ll see a shot and think a big jib would be perfect, but we really have to be careful not to carry too much gear.”

For small production houses or owner operators like Rawlings, keeping the client happy is super important, largely because word-of-mouth gets around pretty quickly when you produce bad content. It’s also important to keep yourself boned up on the latest tech and gear, which is constantly changing in today’s digital filmmaking (regularly visiting Video and Filmmaker can help with that). Being able to present the latest filmmaking tech (such as 4K footage) to clients often results in more work and more projects to keep you busy and keep your company afloat.

As Rawlings explained, “My clients are always blown away by the quality of the image that I’m able to capture. Audiences of ‘LowRange’ have been very vocal in their enthusiasm. They love being able to see Australia in such clarity.”

Working on LowRange meant that he got to travel throughout Australia, shooting iconic locations and breathtaking scenery, often at sunrise/sunset. Rawlings and crew were on the move constantly, shooting lots of convoy style shots in all kinds of terrain, from deserts to rainforest, and from sand to mud.

“The 4WDs often get stuck and need to be recovered. This is usually when it turns into a ‘run and gun’-style shooting from the shoulder. Then there’s the nighttime camping scenes where I have time to set up lighting and overall spend a little more time on perfecting the frame.

“Australia is such a diverse land. We have deserts, snow, tropics and each one of these environments brings its own challenges. Typically I find I spend most of my time in dusty dry places. The first time I took the camera to the Simpson Desert we were hit by 50C+ degree heat day after day. I was sure the camera would overheat, or I’d have at least some type of issue, but to my surprise I had none,” he said. 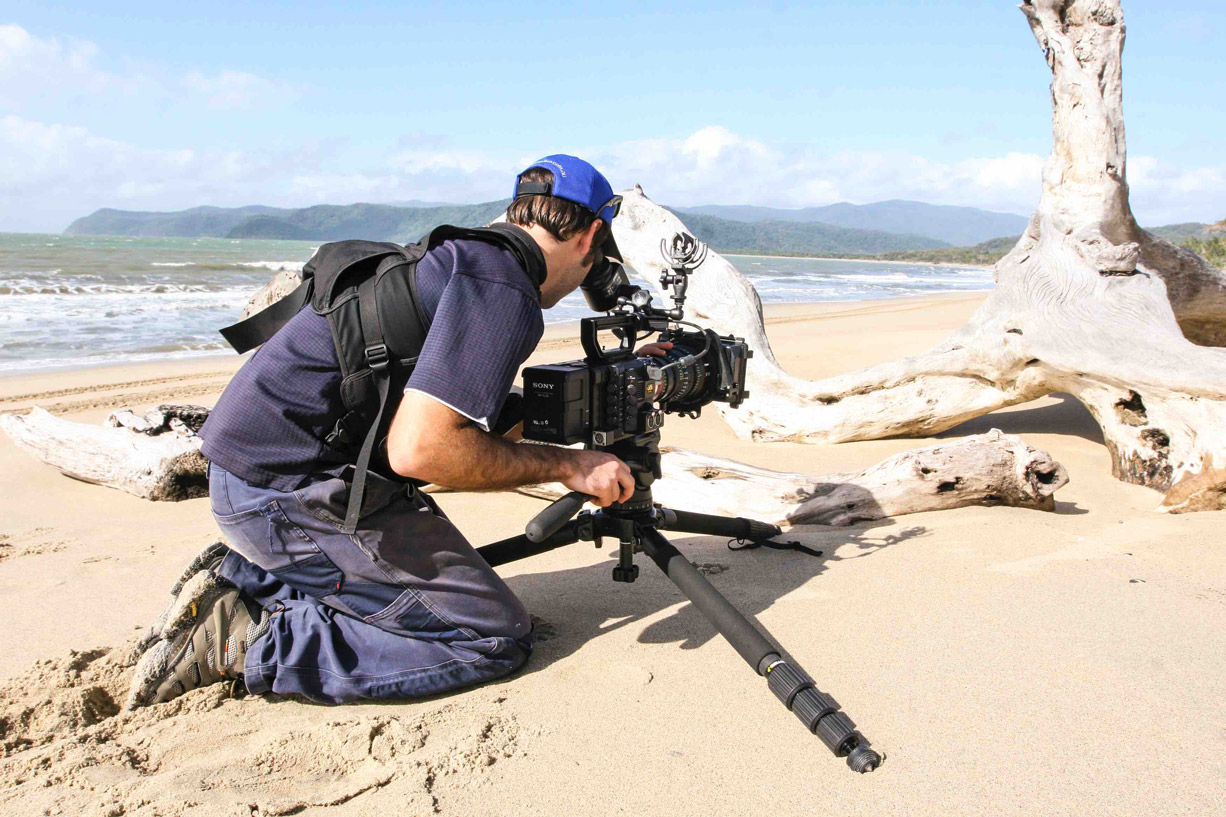 Clearly happy with his choice of camera, Rawlings concluded, “I’ve noticed a trend in the broadcast world, especially with reality TV with the F5 and F55 getting very popular.

“Also having the ability to capture 4K RAW/XAVC in S-LOG, as well as capture up to 240fps in HD has been a huge advantage for me with ‘LowRange’. S-LOG gives me so much freedom to play with the image in post and achieve the look I’m after.

“Having access to higher framerates has really helped with having an edge on other 4WD travel shows as they’re only just starting to dive into that territory now in Australia. The F55 has performed flawlessly on these shoots and produced an image quality that has surpassed my clients’ expectations again and again.”

Watch Venture Films and Gavin Rawlings’ showreel shot on the F55 below: