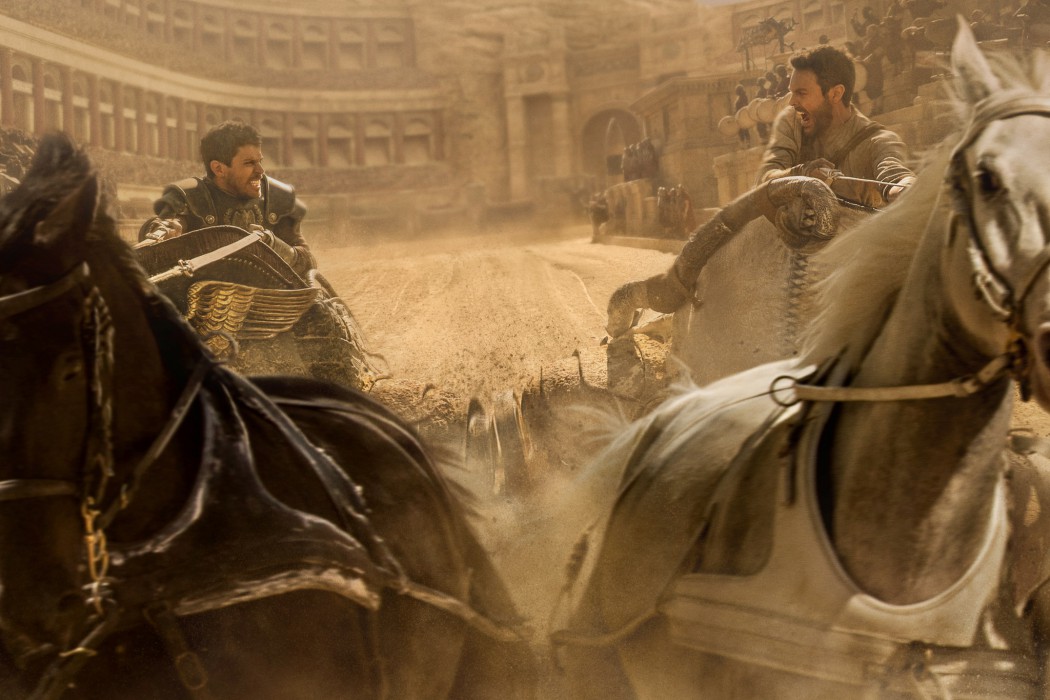 The opening sequence of any big-budget feature film is always one of the most important days of any film shoot. For the remake of one of Hollywood’s most beloved films, Ben-Hur, the stakes were even higher.

For the film’s opening sequence, director Timur Bekmambetov wanted to showcase the friendship between the two main protagonists of the film, the prince Judah Ben-Hur (Jack Huston) and his adopted brother Messala (Toby Kebbell), an officer in the Roman army.

The scene begins with a reminder of what Ben-Hur is most famous for, its chariot race.

Bekmambetov used a wide CG shot of the future stadium, the ‘Circus Tiberius’, then fading into a skeleton of it eight years previously, with two men racing each other on horseback. Judah and Messala are seen racing their horses at full strength around curves and pushing each other into the trees and rocks. 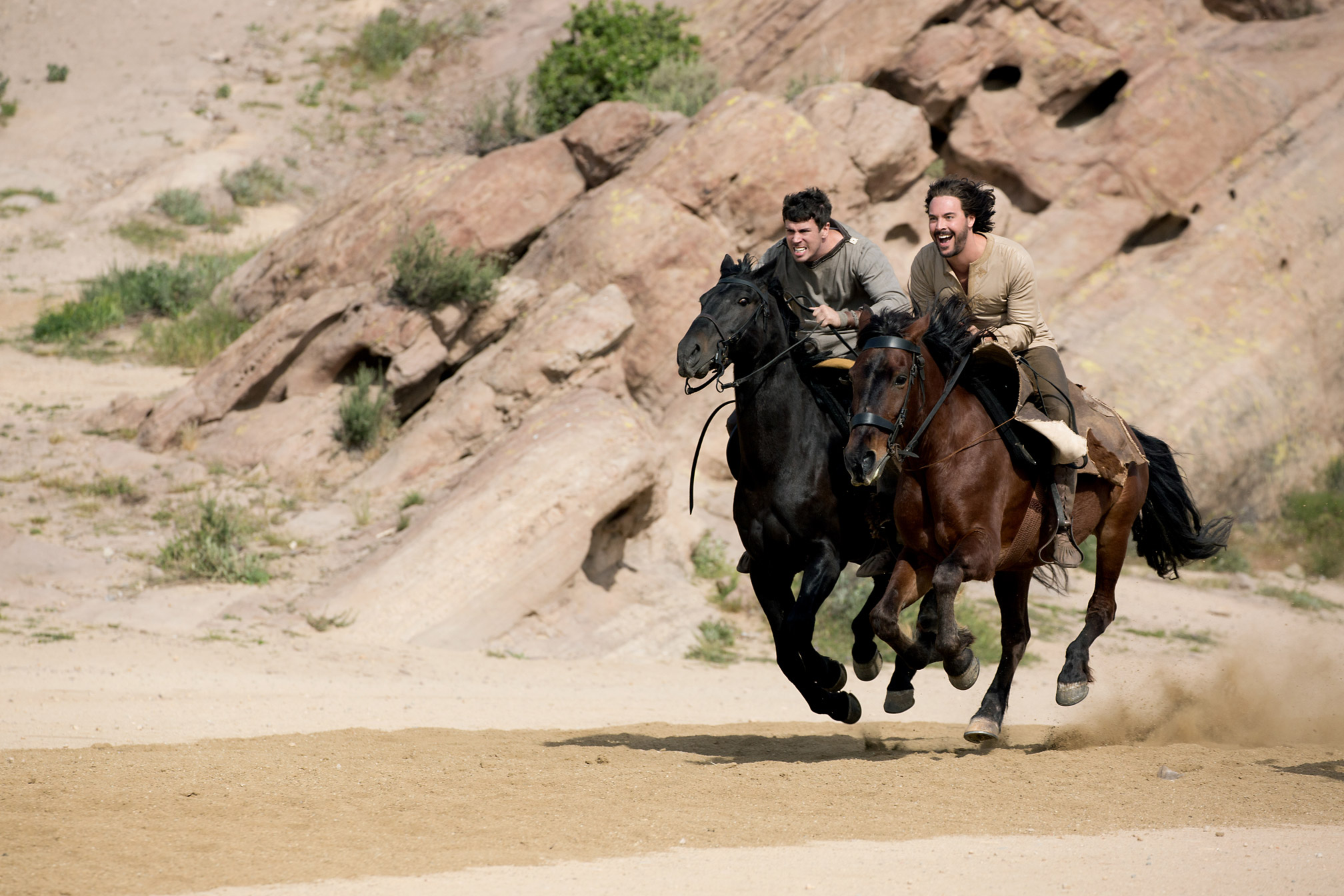 Because both of the actors are good horseback riders, Bekmambetov wanted to shoot as close to their faces as possible, to capture the intensity of the race and their emotions.

The DP shot the action using a stuntman riding alongside the actors, holding onto a MōVI rig equipped with a Blackmagic Design Micro Cinema Camera (BMMCC), and supported by an Easyrig.

Kozlov operating the camera from the ground, holding a MIMIC control system with a monitor in his hands to maintain the handheld style.

“They [the cameras] needed to be small enough for the stunt person riding on a horse next to the actors to hold in his hands, or so we could mount it on small stabilizing stick and MōVI rig. The stunt person could then get great shots of the actors’ faces as they are riding,” said Kozlow. 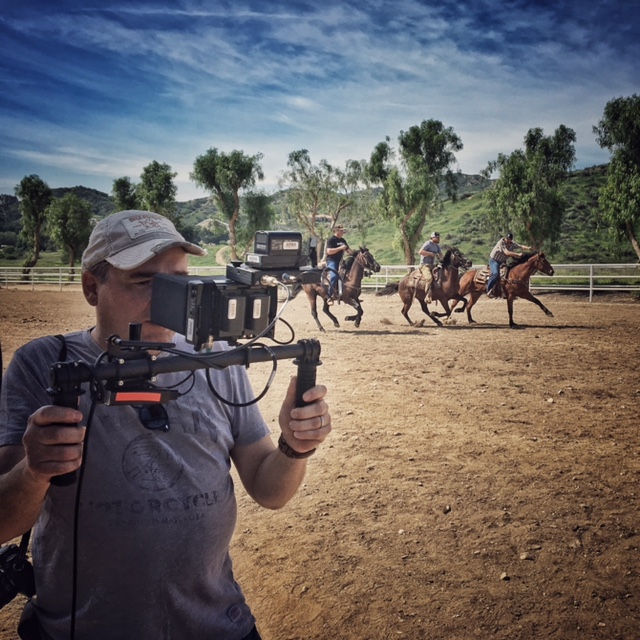 2nd Unit DP Sergei Lozlov on the set of Ben-Hur.

“For an even wilder style, we put a wider angle Rokinon 7.5mm MFT lens on the camera and gave it to the stunt rider, and he shot some useful footage with his stretched arm, just holding the camera by itself and pointing it at the actors’ faces,” Kozlov said.

So they could capture a variety of angles, Kozlov and his team also rigged cameras to the horse, hooking them on straps dangling underneath and on the sides of the saddle.

“The [BMMCC] is perfect for rigging and mounting in some unpredictable places,” Kozlov added. 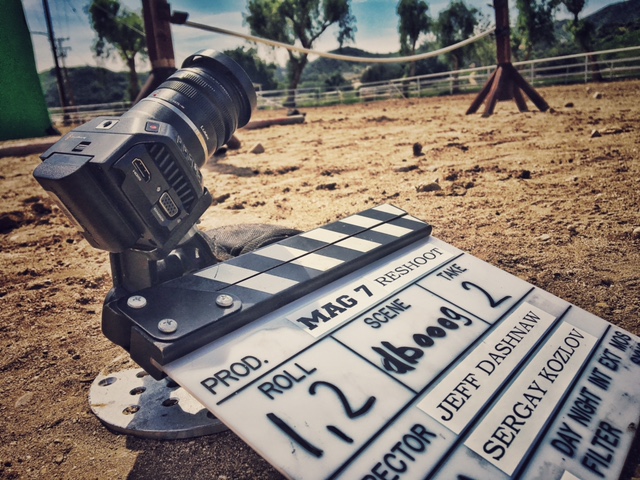 “In addition to challenging and new angles, Timur also wanted to capture these action shots with cinema quality, so I was trying to avoid that ‘video-y’ wide angle feeling.

“The opening sequence is a day scene, and we shot everything in bright sunlight. RAW was important to get maximum range and keep all highlights in the sky and clouds looking good. The [BMMCC] gave us the advantage of great dynamic range, RAW recording and of using better MFT lenses,” Kozlov concluded.

For even more BTS action on the set of Ben-Hur, read our interview with the film’s director Timur Bekmambetov.

HOW TO MAKE A WEB SERIES PEOPLE WILL WATCH

So you want to know how make a web series? But you’re not sure where to start? Well, I’m going to outline the steps…