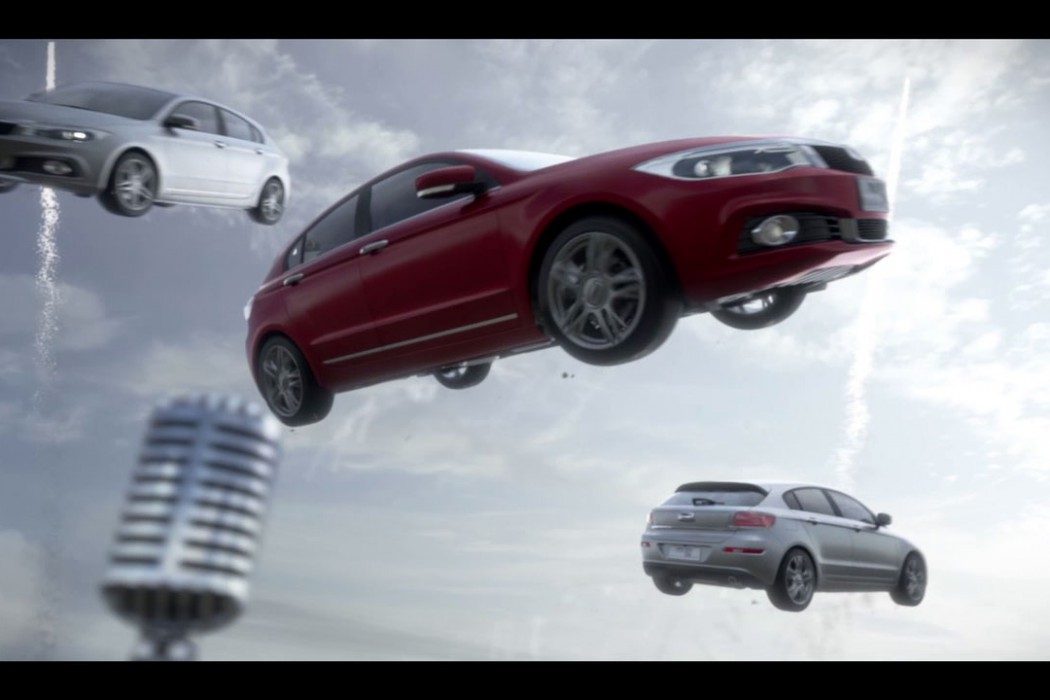 The company’s background in VFX, compositing, colour and photoreal CG is extensive, with former clients like New Line Cinema, Samsung and Fox Sports. Despite all of Ingenuity’s experience, working across international waters – and within countries that are considered political ‘frenemies’ – doesn’t always make for smooth sailing… Or dancing as the case may be.

The Qoros ‘Dance’ spot showcases a number of all-singing, and all-dancing vehicles from the Chinese manufacturer’s line gallivanting around the desert.

Shot over two days in the Chinese desert, the project features real cars and matching CG cars in the same frame, along with a number of full CG shots and background replacements.

And it all had to be completed in just one month. 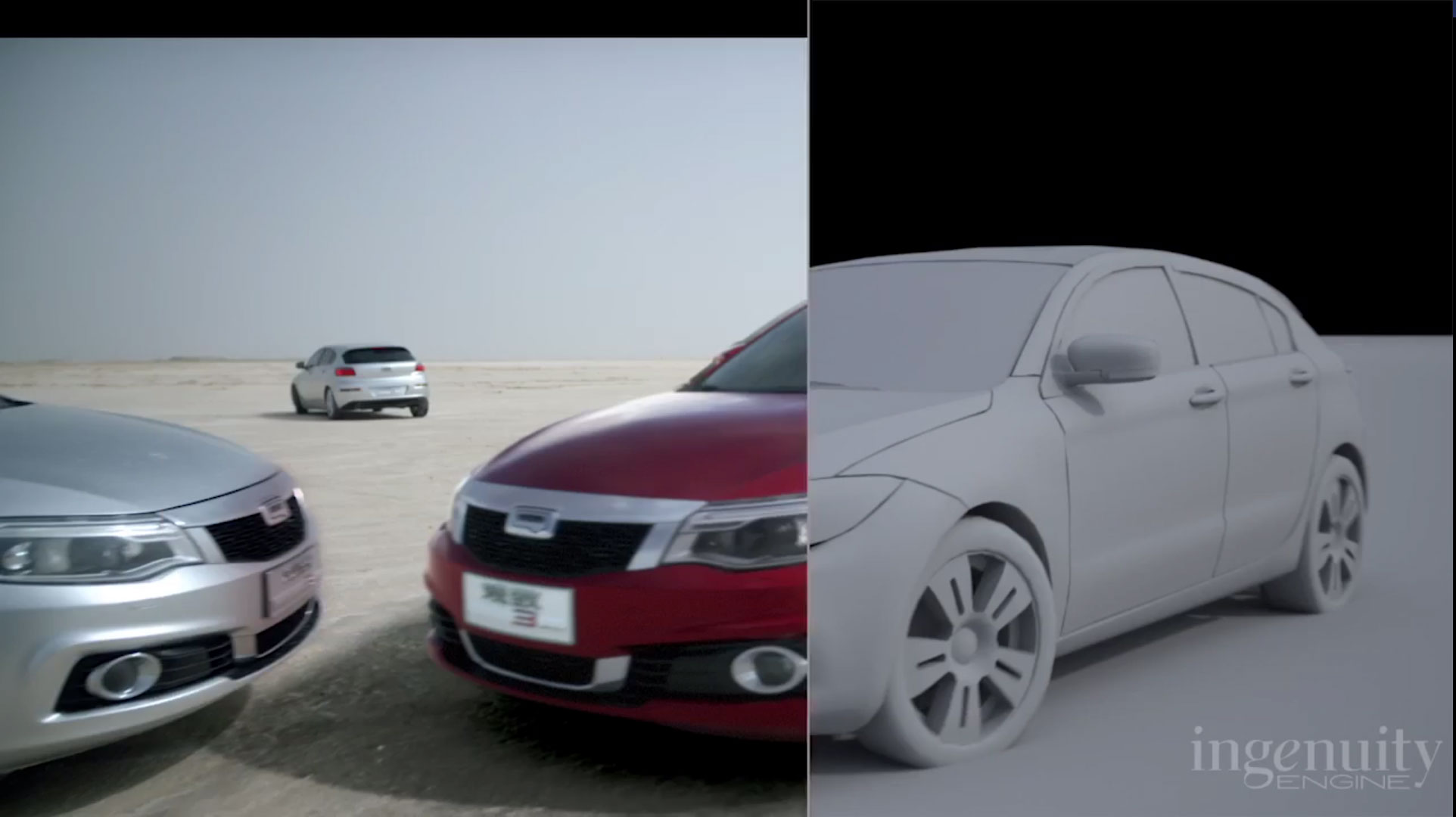 “The spot was filmed in rural China, about five hours west of Xining on a salt flat called Chakayan Lake, where conditions were particularly gruelling,” said Michael Lebensfeld, producer and managing director at Ingenuity Engine.

“Howling winds and sub-zero temperatures made even the simplest tasks incredibly challenging. The salt flat was wet, which rendered the cars filthy after each take. At an elevation of almost 11,000 feet, pretty much the entire crew had altitude sickness.”

Once shooting had finished, the project was moved back to L.A, using Cospective’s cloud-based remote collaboration/review tool Frankie, for the China-based production company’s input and approval.

“In the past, we’d get on conference calls and everyone would review Quicktimes independently,” Lebensfeld said, “We’d have to describe certain shots or cite timecodes to make sure we were reviewing the same image, and even then there was no guarantee.” 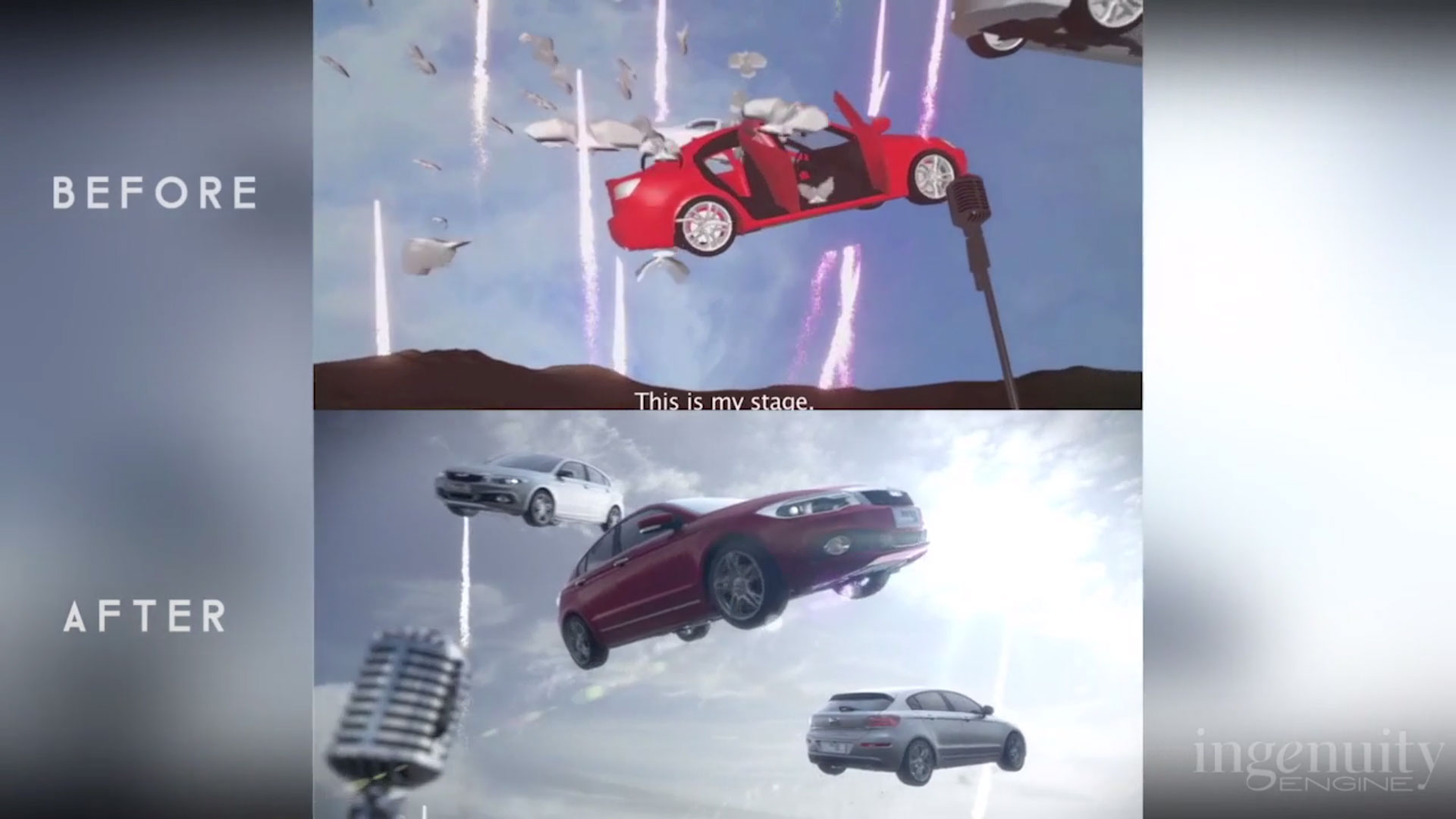 “We’re able to sync up video with clients halfway around the world, and ensure that we’re all talking about and seeing the same thing at the same time… [it] allowed us to focus on what was important in each frame, and it really cut down on misunderstandings and confusion,” Lebensfeld explained.

Adding,“We scheduled regular review sessions with the director throughout the project, so all the involved parties were tightly looped in on the spot’s progression. As the cars were completely CG in several shots, it was important to review the spot as a whole to ensure continuity in the lighting and shading of the vehicle’s surface and the surrounding salt flat.” 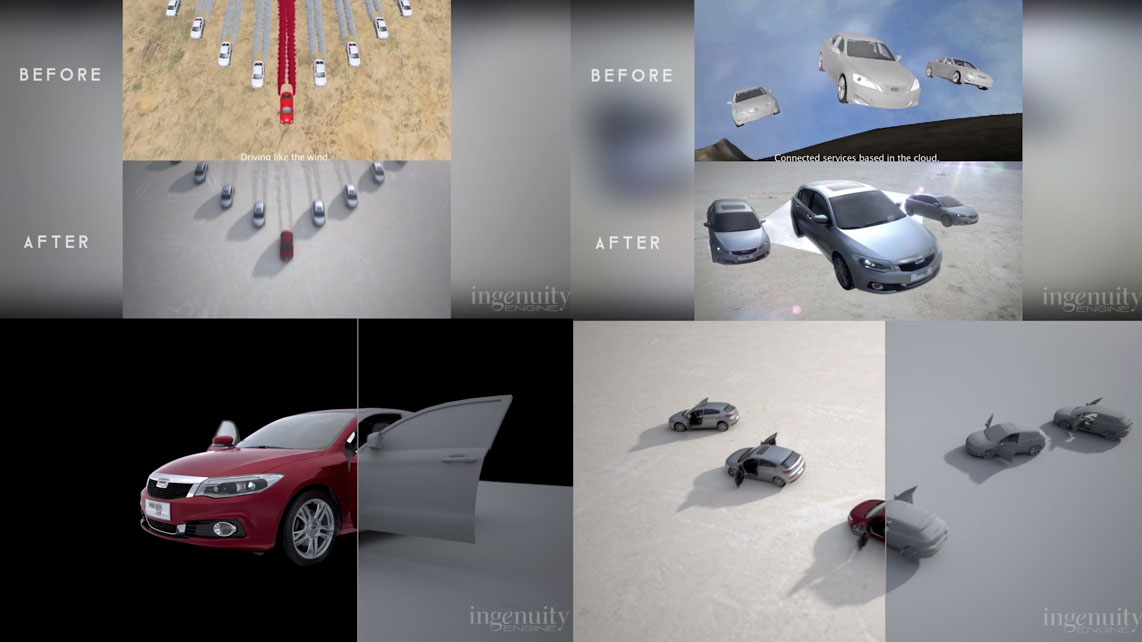 However, the entire production almost came to a standstill, due to international politics rather than any personal or internal conflicts. “Being browser-based, Frankie was affected by The Great Firewall of China,” Lebensfeld said.

“We then switched to over to cineSync, because we could download and host it ourselves,” Lebensfeld explained. “Frankie served as the main review platform for both internal and external note sessions [and] visual directions for the artists.” 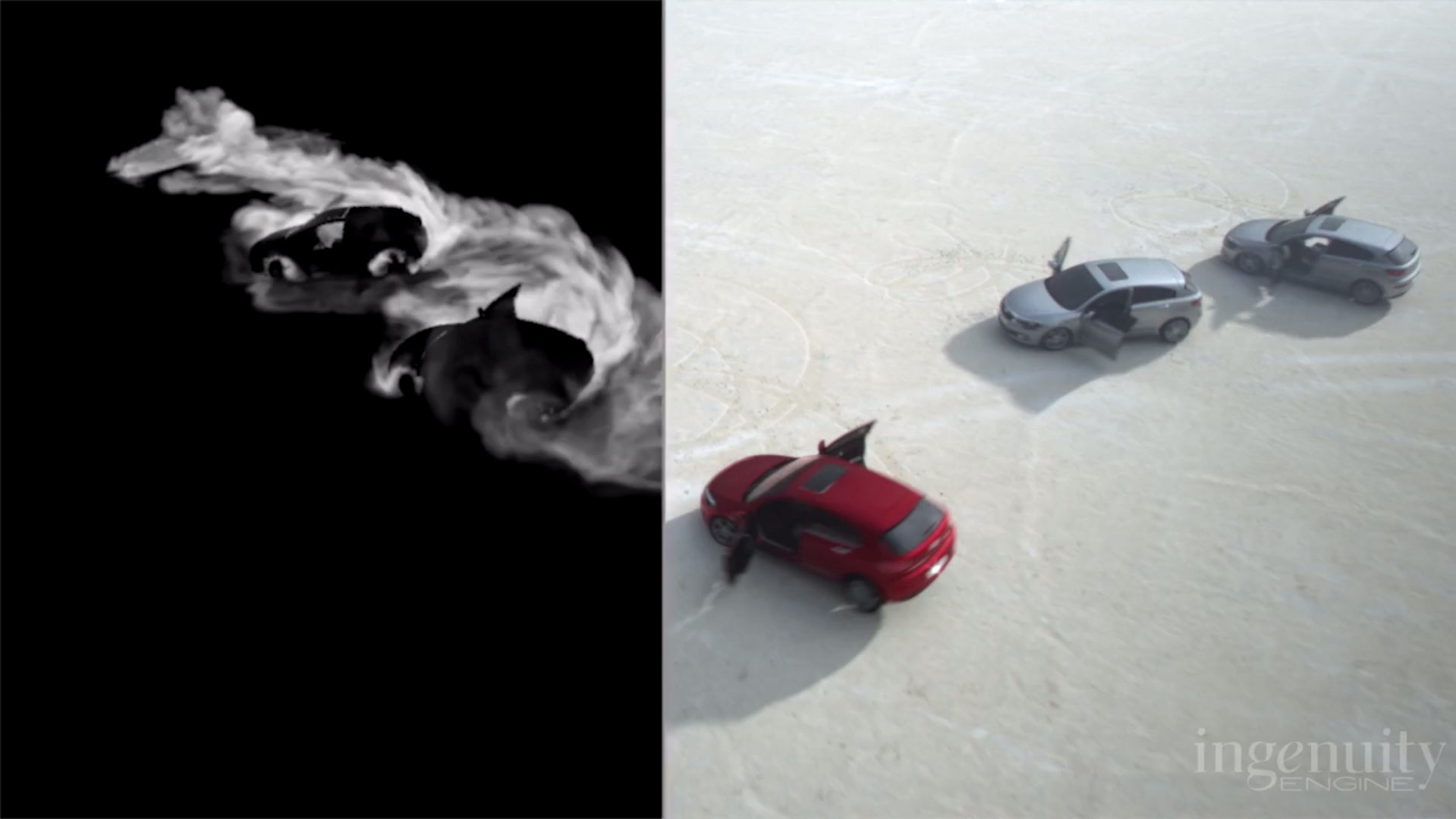 Pre-production for the spot meant creating a plan of action for each group’s workflow, so keep everything and everyone working in unison.

“The director [Joseph Kahn] came in very early on and worked with our animators to break down the spot,” Lebensfeld explained.

The team worked out the cars’ manoeuvres using models. Animatics were then created with different options for each shot, which Kahn cut together for review.

“He’d then provide feedback the next morning,” Lebensfeld continued, “And the process would begin again. At the end of the month, we had a full 60 second spot to present to the client.”

Modelling and animation was created in 3DS Max, with volumetric smoke added via Fume FX. Rendering and photo-realism was done in Maxwell, then compositing was completed in NUKE, with final touches added via Smoke.

Despite all the problems (and censorship) the VFX house encountered, Lebensfeld still had fun working on the project.

“It felt more like a music video than a commercial,” he said, “There were over 50 shots with a combination of real and CG cars flying through the air and zooming along the ground. Unlike your typical car commercial, you have to watch it multiple times to fully grasp what’s happening in each shot.”

Check out the VFX breakdown video below: