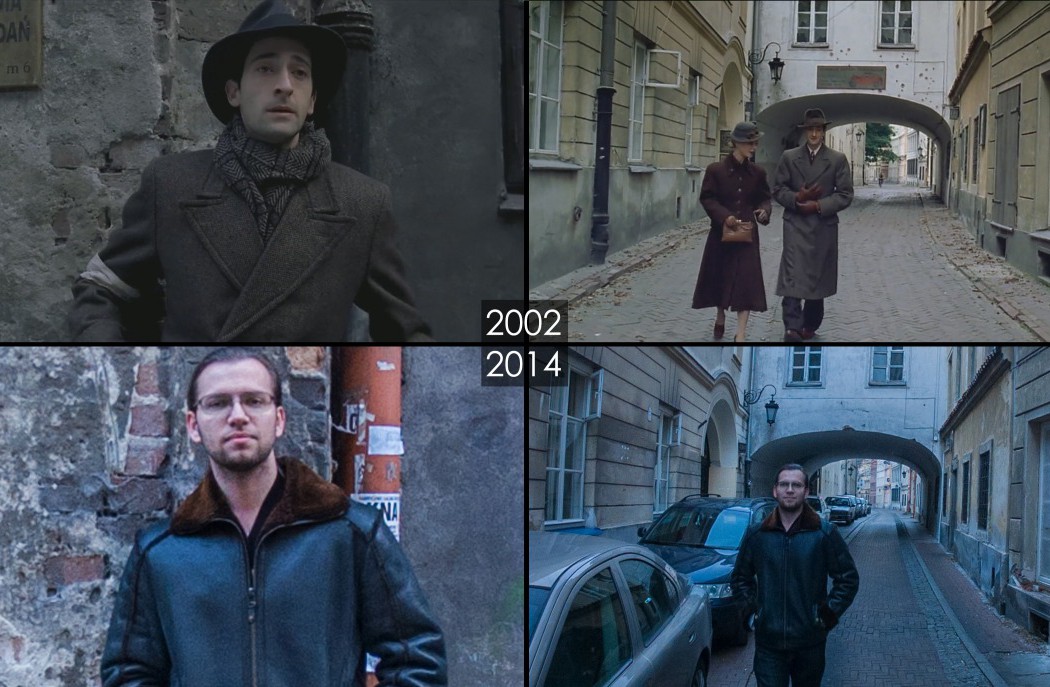 Every now and then we come across some a slightly off-topic but cool none the less. We recently were pointed to a Tumbler blog by Phil Grishayev called Dat Scene, in which he visits locations from famous movie scenes and recreates the scene in poses.

Grishayey told us that the idea for the blog came to him spontaneously:

“All I wanted at first was to check out all those places I’ve seen in the movies, because I wanted to see how they changed. Some of them were completely torn down , like the warehouse from “Reservoir Dogs” but some are exactly like they were in the movie (Pawn shop from “Pulp Fiction”).

Most of the locations are known to fans and you can easily find the addresses. Some of them are hard to get, like private properties and interiors (the shot of Jackie Treehorn’s house from  “The Big Lebowski” is my pride and joy). “

Grishayev’s blog isn’t going to changes the filmmaking world, but we thought it was a bit of fun to take a look at. 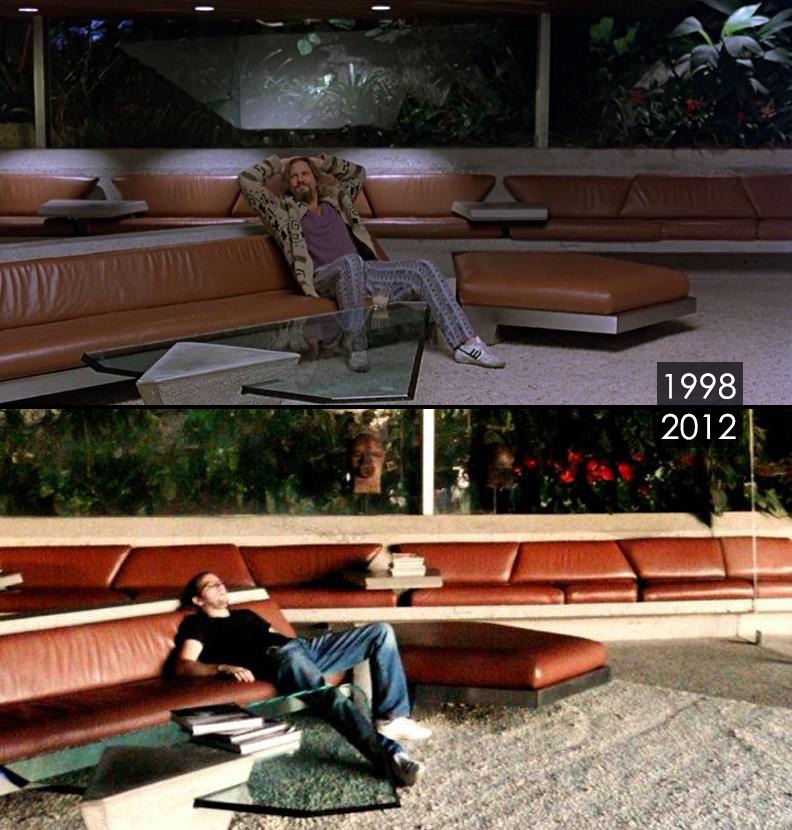 From Grishayev: “Sam, the owner of the Crown pawn shop is a great guy and I highly recommend checking out his place.”

Born in Russia, Grishayev moved to Los Angeles just 5 years ago, after living in Poland for the majority of his life.

He tells us he was always inspired by American film, “I was a huge movie buff and absorbed every bit of american culture as a kid (80’s films like Beverly Hills Cop, Terminator, Back to the Future). The move to Los Angeles was a dream come true for me.”

“Hello darkness, my old friend, I’ve come to talk with you again…” Filming location of the tremendously iconic ending from the movie “The Graduate” (starring Dustin Hoffman). (image: datscene.tumblr.com).

From Grishayev: “I was surprised to see people from all around the world signed the church’s guest list. The owners were really sweet and they even let me get upstairs and bang on the window!””

“Beginning scene from “Kill Bill: Vol.1” (the house where the Bride confronts Vernita). Some trees and fancy colors are gone” (image: datccene.tumblr.com)

“I will continue to post fun and interesting places from movies we all loved, people seem to really like it.  This “hobby” might sound very strange to some but once you try it (ie. visit a place from your favorite movie) you will be hooked,” he tells us.

We agree, it’s always fun to visit the location of your favourite movie. Almost as though you connect to the filmmaking process by visiting what was once the set. You can soak in the ambience and imagine all the gaffers setting up lights, the actors blocking the scene, the camera assistants setting up and hope that maybe one day, someone will visit the location from your movie and feel the way you do, in that moment.

If you have a spare ten minutes, we suggest you take a look at Grishyayev’s seemingly endless list of locations he’s visited. It may even inspire you to plan your next holiday, visiting the locations of the iconic films that made you want to become a filmmaker.

You can visit Dat Scene, by clicking here.

“Final scene with Harrison Ford from one of my favorite sci-fi/noir movies “Blade Runner”. The interior of the Bradbury building looks absolutely amazing.” (image: datscene.tumblr.com).

“Filming location from the great and awesome “Fight Club”. Just like in “Se7en”, David Fincher loves to portray LA in a chronic gloom.” (image: datscene.tumblr.com).

Becoming a filmmaker can be tough. You work for days on end with little to no reward. Often you work solely for the catering cart…