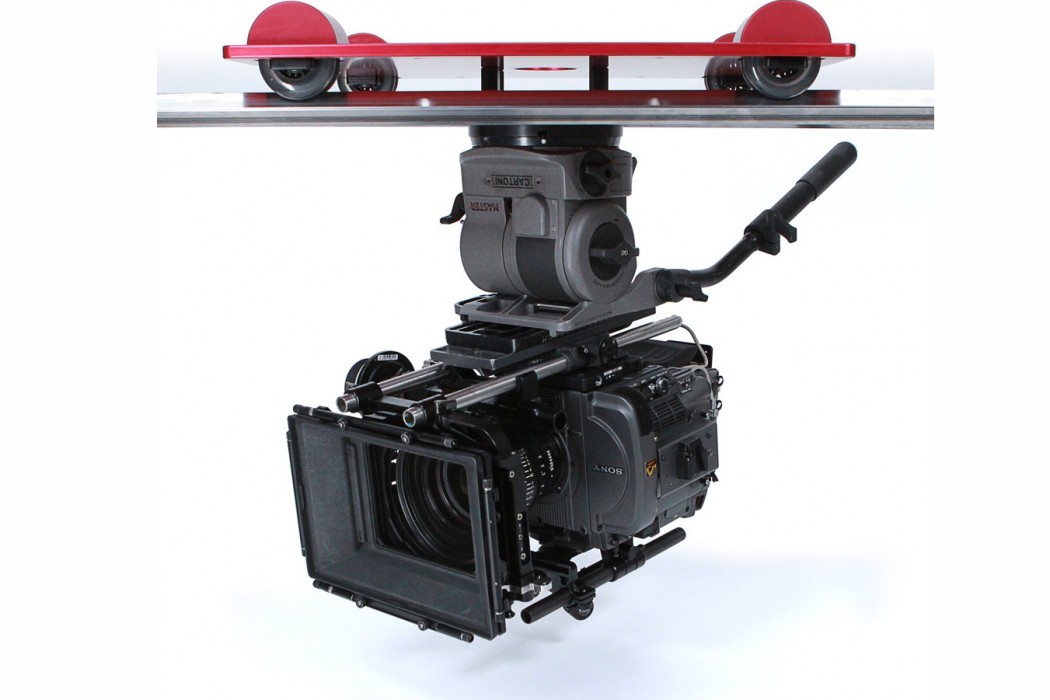 Back in the days when Saldutti was working with cinematographer James Muro, he had to organise a number of low shoots for the DP. Which was a problem because the only dollies available at that time, “rest too high on track.”

“To make shots work for James [Muro], I had to get lower – so I came up with a configuration that I thought might just work for one film. Who knew that would become his go-to piece of equipment on every project he does,” explains Saldutti. 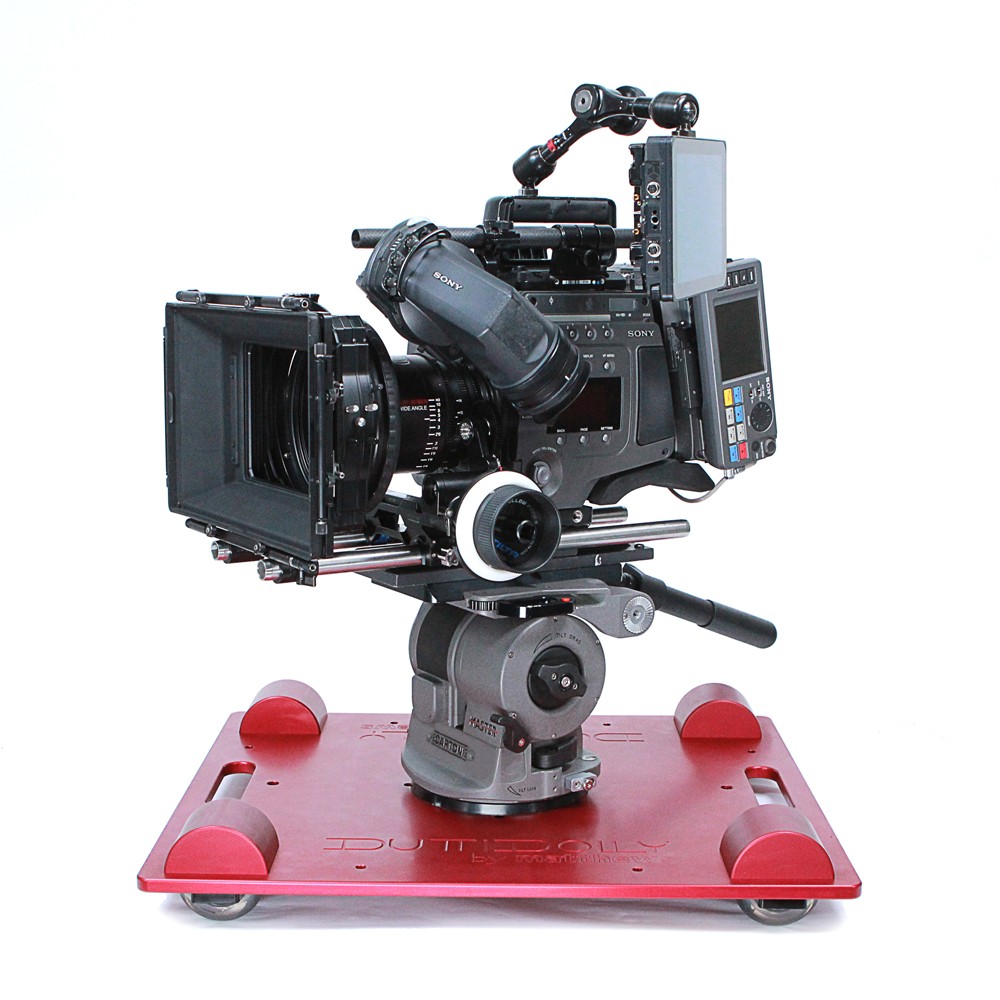 The solution not only allowed Muro to get even lower shots, but the configuration also made it easier to carry, break down and setup.

Straight away Muro became a fan. “I’ll put the Dutti Dolly on top of the table in the White House situation room for HBO’s ‘The Brink’,” he says.

“It sits on track on the floor for a self-motivated situation with a one foot or two foot riser. It can, obviously, fit in much tighter space than a conventional dolly. It simply makes for an intuitive operating experience, where there is not a lot of discussion not a lot of laying track, not a lot of big equipment. With the Dutti Dolly I can be in and out of the location quickly and still have a massive amount of production value, just as if I had all the big gear.

“On the television series, ‘Southland’, we were always trying to have smaller simple solutions to get the camera crew in and out of the locations within two to three hours,” he adds.

“A couple of 12 foot planks and the Dutti Dolly and various sized sliders are pretty much all we needed. The dolly ended up being the staple of the camera movement on that show.” 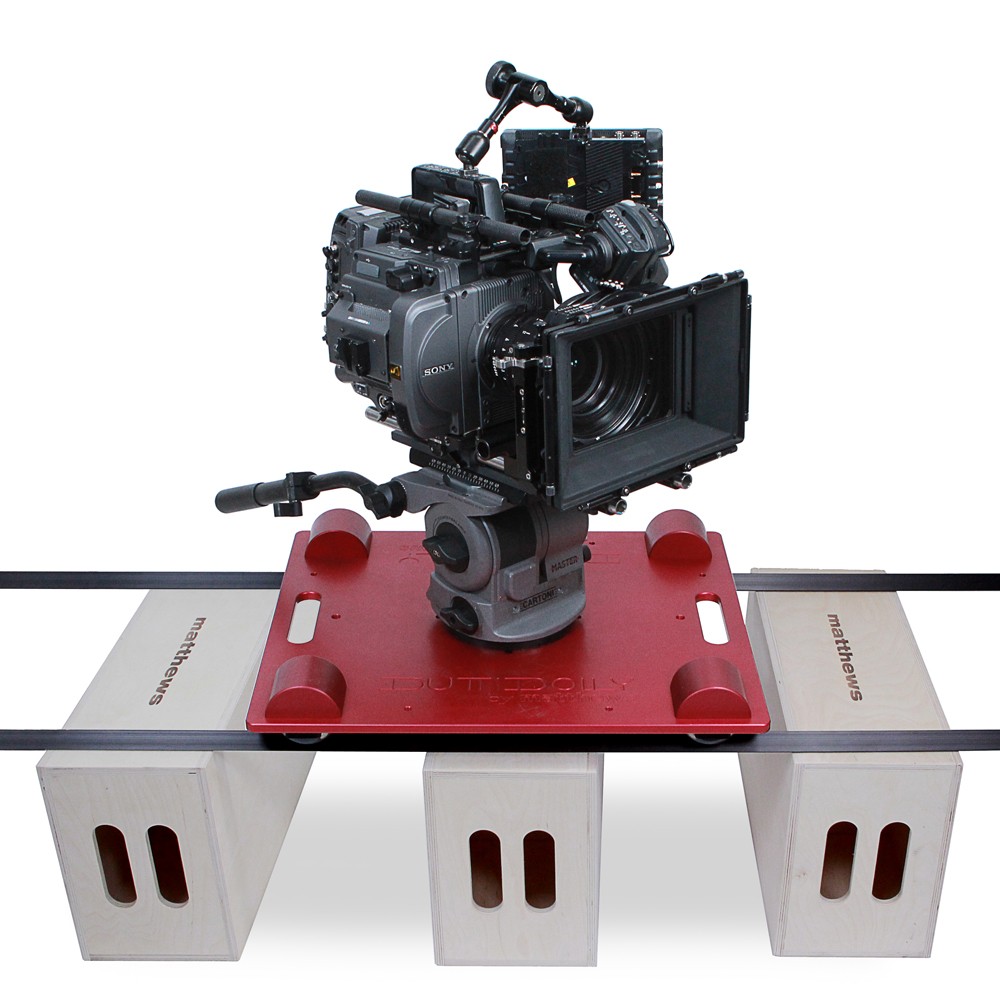 Another big fan is cinematographer Joaquin Sedillo ASC, who said:

“While shooting ‘Glee’ sequences on stage at McKinley High Auditorium set, rather than taking time to remove one or several rows of  auditorium seats, I simply used the James Saldutti’s set up.”

“We could easily throw down a 16-foot plank and a couple of ‘A-frame’ lengths of simple track and his light-weight Dutti Dolly on the arm rests of the seats – and we could pull off a tracking shot in record time. It was the same thing with low angle shots on the edge of our auditorium stage,” Sedillo added.

“It saved us valuable time in a frequent scenario where, rather than hoisting one or more of our regular dollies form the stage ‘pit’ onto the stage with chain motors, we’d throw down Dutti’s  dolly.” 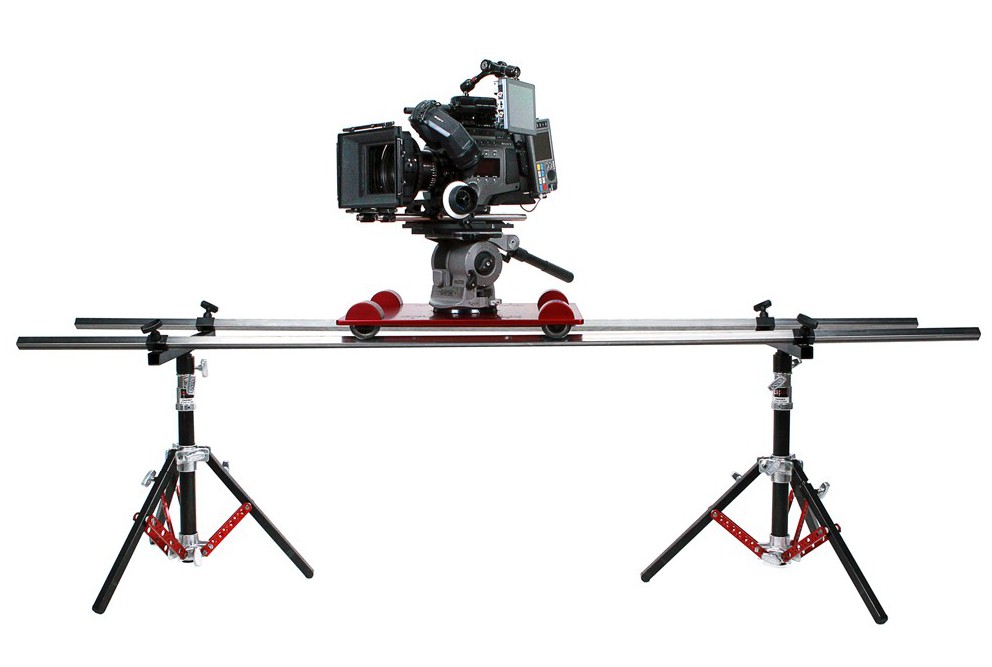 “James has managed to pack a whole lot of punch in a small, light, stable and efficient dolly,” adds Robert Kulesh, Vice President of Sales and Marketing at MSE..

“It can get into extreme low angles or can carry a bazooka or tripod for other heights. The stability gives the operator the ability to whip pan and quick tilt. It rolls directly on the ground or can be mounted on stands or track and can be over or under slung. It can fit in places where conventional dollies cannot fit – airplane or bus aisles or even church pews. Dutti Dolly is great for long takes, stunts or poor man’s process and more.” 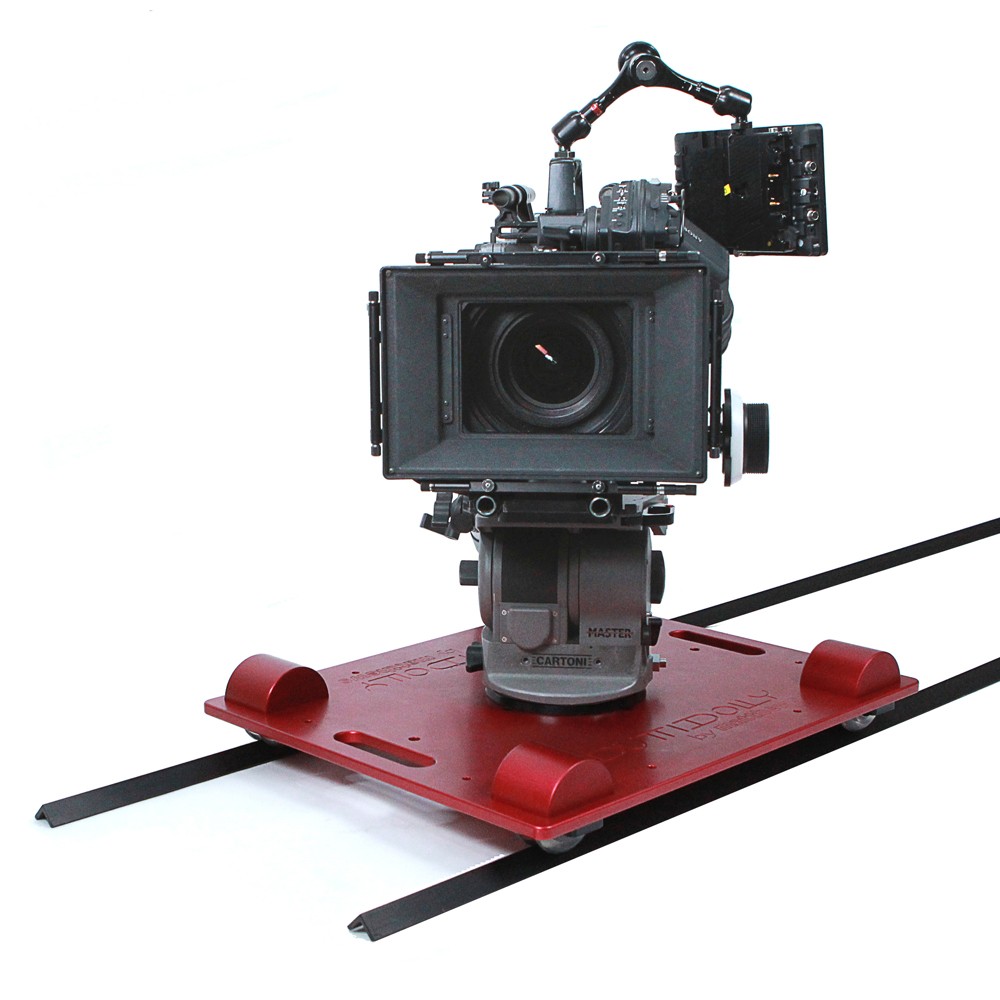 The Dutti Dolly is available now and as a stand-alone dolly, MSE has it priced as US$1299. 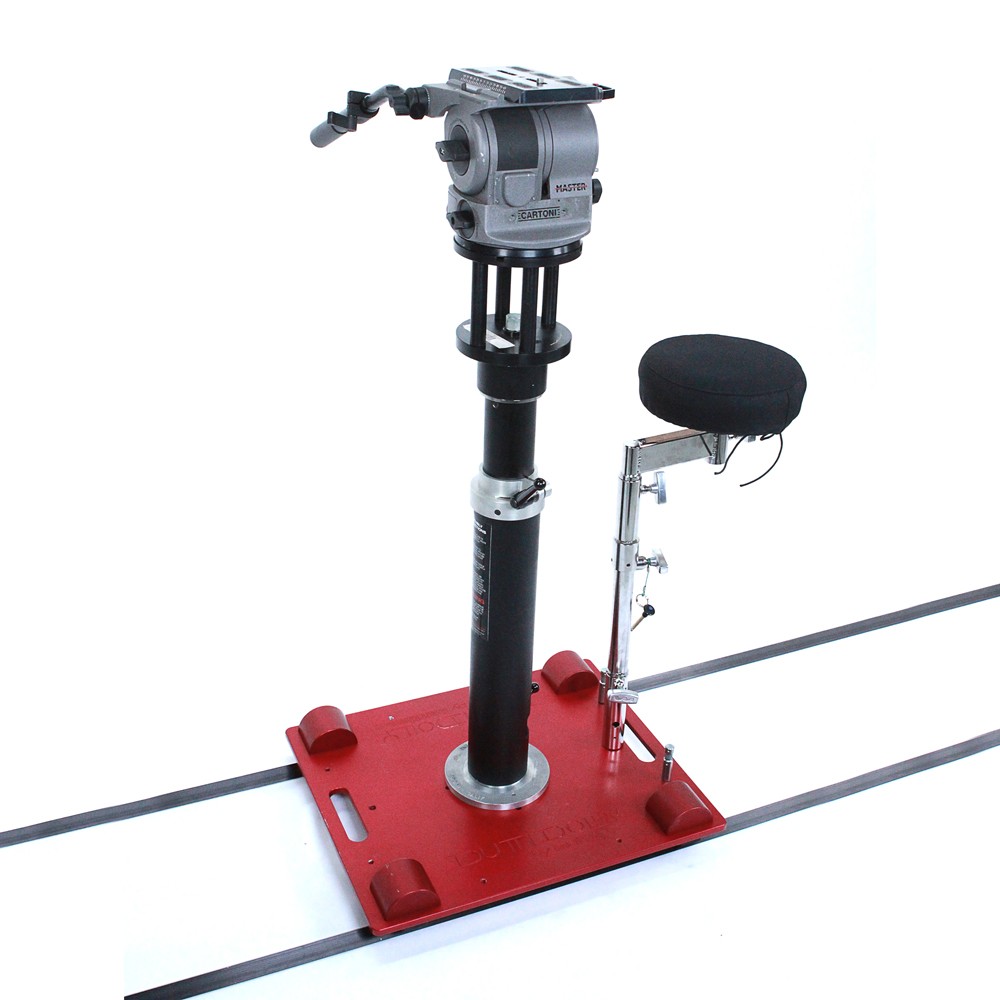 Recently, for the post-production of a VODville sketch, a new YouTube comedy channel I’m involved with, I had to create a quick TV News…