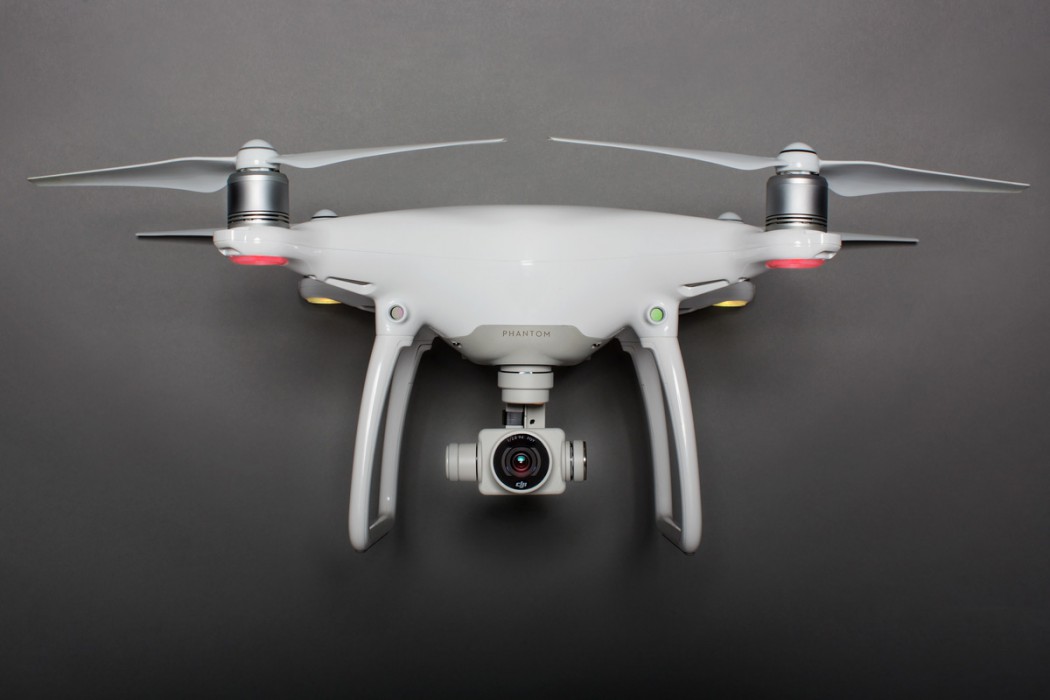 DJI has just launched its latest consumer drone camera – the Phantom 4, which features new on-board intelligence and functions such as a new Obstacle Sensing System, ActiveTrack and TapFly.

The drone’s 4K camera has been upgraded with improved optics and reduced chromatic aberration and the Phantom 4 also features DJI’s signature ‘Lightbridge’ video transmission system, which allows users to see what their camera sees in HD and in real-time on their smart devices at a distance up to five kilometers (3.1 miles).

Keeping with the classic quadcopter form factor, the new drone has been redesigned with smoother, more aerodynamic lines. The frame features a lightweight composite core, with a redesigned gimbal to provide greater stability and vibration dampening. The gimbal has also been repositioned for a better center of gravity and to reduce the risk of propellers getting in the shot.

Other upgrades include greater motor efficiency, dual compasses, redundant inertial measurement units (IMUs), better  power management and a new battery that is said to extend the drone’s flight time to 28 minutes. In addition, the new push-and-lock propellers are said to be faster to install and more secure in flight. 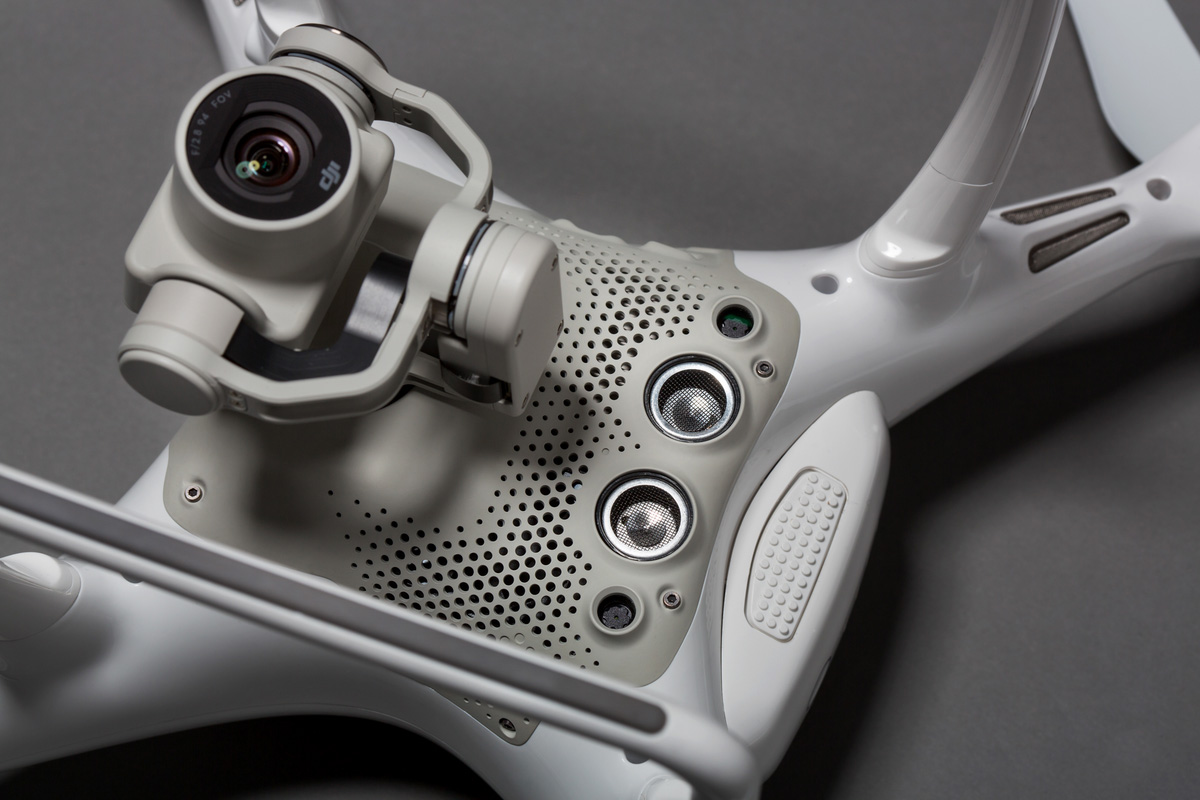 New functions include an ‘Obstacle Sensing System’, which uses two forward-facing optical sensors that automatically direct the around impediments or barriers. If the drone comes to an obstacle that it can’t navigate, it slows to a stop and hovers until further directions from the user. This avoidance system will also trigger if the user activates the ‘Return to Home’ feature, bringing the drone back to its take-off point.

The drone’s ‘intelligence’ system uses ‘machine learning’ to keep a three-dimensional object in the shot, even if the subject changes shape or turns while moving. Using ‘ActiveTrack’, allows users to have full control of the camera’s movement on smartphones and tablets via DJI’s Go app (iOS or Android). Users can keep the camera centered on its subject (by tapping on the screen) or they can move the camera around the subject, with the drone automatically keeping it center of frame. Pausing the drone on the app, will bring it to a standstill, hovering midair. 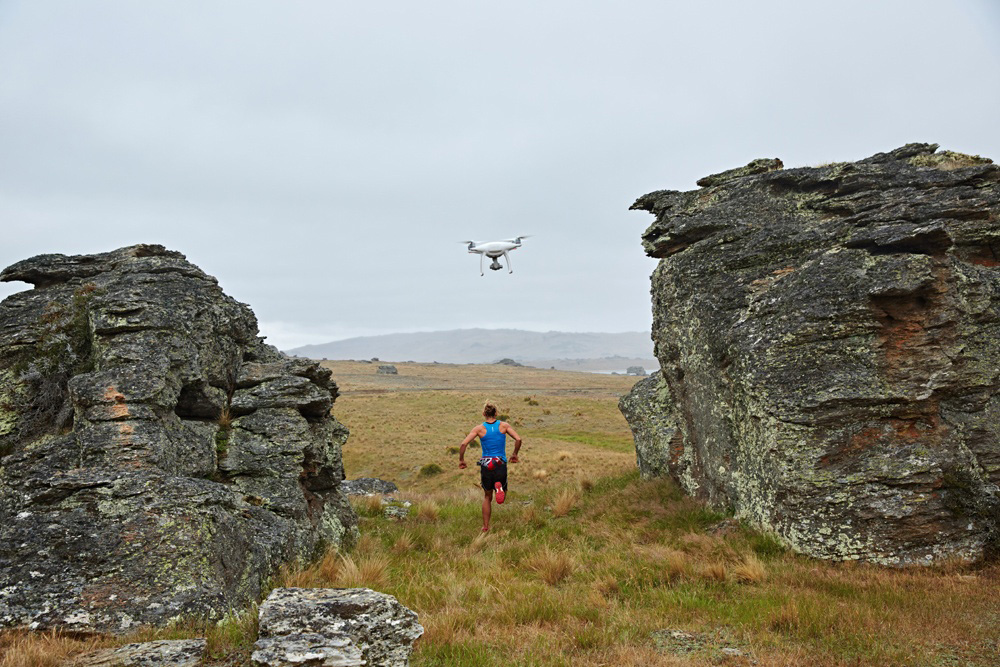 The app’s ‘TapFly’ feature allows users to double-tap an object on-screen, which directs the drone to fly to that destination, whilst avoiding obstructions in its path.

There’s also a new ‘Sport Mode’ that allows (advanced) users to fly the drone up to 45 MPH or 20 meters per second, with rapid ascent/descent, meaning you can get the drone quickly into position.

“With the Phantom 4, we are entering an era where even beginners can fly with confidence,” said DJI CEO Frank Wang. “People have dreamed about one day having a drone collaborate creatively with them. That day has arrived.” 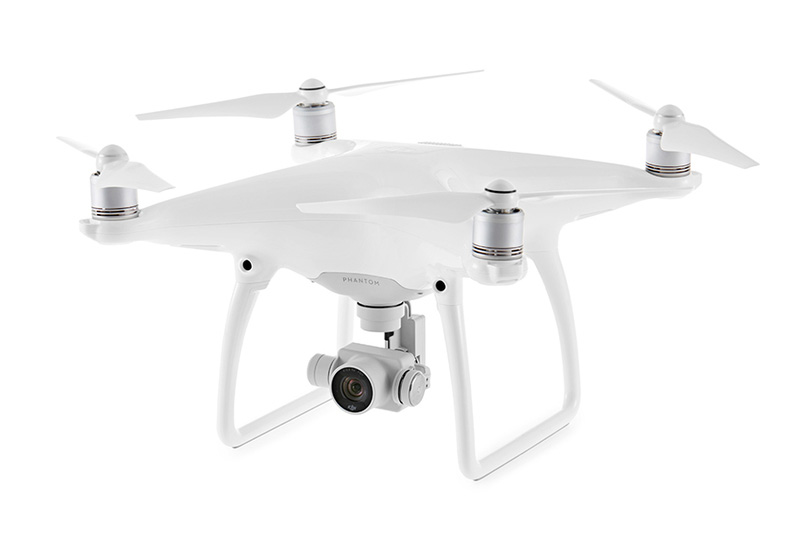 The Phantom 4’s U.S. retail price is $1,399. Pre-orders will start March 1 (via DJI and Apple) with customers beginning to receive units on March 15. In-store the drone will be available at DJI’s flagship stores and Apple stores around the world starting March 15. Other sales partners will commence pre-orders on March 23, with availability from April 1.

In this behind the scenes interview with cinematographer Garth de Bruno Austin, we find out about his journey with URSA Mini Pro and how…