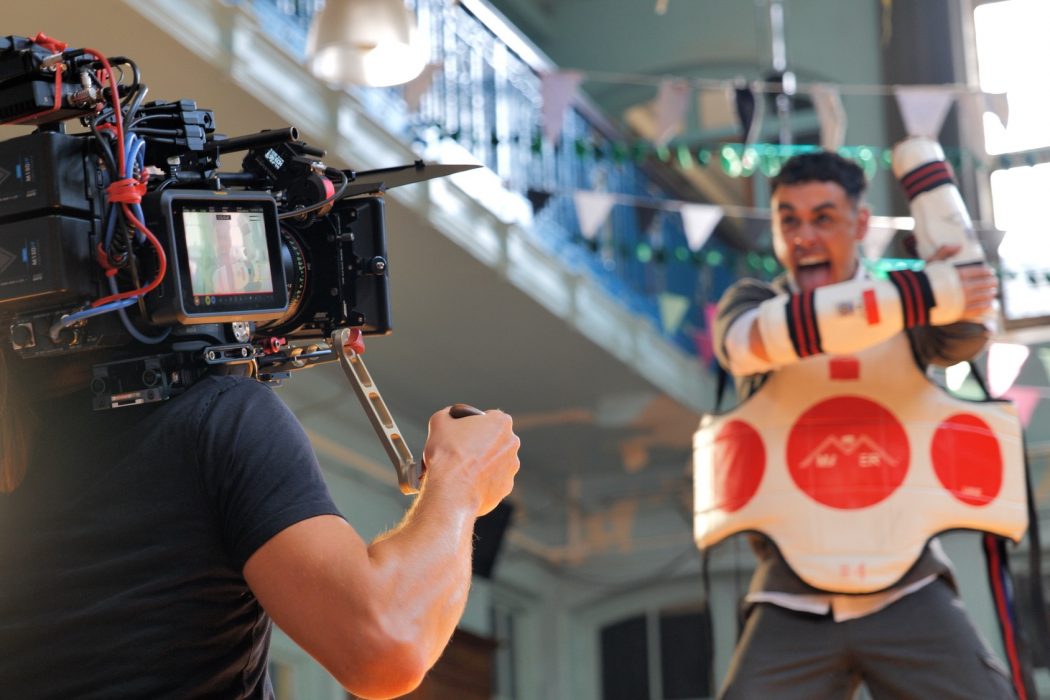 New action comedy, School Fight, uses the Shogun 7 HDR monitor/recorder to give the Sony FS7 a new lease of life

How do you make a full-length feature film, with flawless, cinematic values when your camera budget only stretches to the Sony FS7 cinema cameras already owned by the crew? It’s a conundrum the production team behind new action comedy, School Fight, solved by adding cutting edge recording technology from Atomos and Apple to their arsenal.

School Fight is a low budget, independent feature film, but you’d be forgiven for assuming the investment in the on-screen image was far more high-end. This comes from the crew’s unwavering commitment to achieving the highest possible production values by squeezing everything they could out of the camera equipment they had available and a minimal budget.

The concept for the film was the brainchild of seasoned stunt professional Damien Walters, so it’s no surprise that action sequences, fight scenes and all manner of carefully choreographed carnage is all featured heavily. He joined forces with producer Joby Stephens to bring this vision to life in full cinematic glory.

“We wanted to see as much of the microbudget spent on what you see on the screen as possible,” says Stephens. “Part of this was about making careful location choices. But even with the savings we made by filming in Derbyshire on a tight schedule, we still didn’t have the luxury of splurging on hiring high-end equipment. We had to use what was available.”

As a result, the camera package for the film was Sony FS7 cameras already owned by the crew. Director of photography, Nathan Claridge, paired the FS7s with Canon prime lenses and Tiffen Pro-Mist filtration to give the images the desired look. The final piece of the puzzle was to record in the highest quality possible, which is where the Atomos Shogun 7 became the critical addition to the setup. The ProRes RAW files offered the ultimate combination of RAW flexibility and manageable file sizes, enabling the team’s creative vision to come to life.

“The aim was for Director Damien Walters to get to the edit and think, ‘wow, I can do whatever I want with this’,” says Stephens.

“The Shogun gave us the scope to deliver not only a beautifully filmic image, but also the full flexibility of the ProRes RAW format. This gave post production the latitude to really push what we were capturing on the FS7s to new limits.”

But the benefits were equally felt on set. The Shogun 7 HDR display quality, which can reach up to 3000 nits peak brightness, gave the entire crew complete insight of what was being captured. From pulling focus, to stuntmen checking on timings, to checking the flames in an explosive take weren’t clipping to white, the Shogun 7 gave the crew the complete confidence with the ability to instantly review full quality footage on set. This was particularly crucial given the ambitious filming schedule for the film.

“The timeframes on set were tight – over just 23 days we captured more than 80TB of rushes,” Stephens explained. “By using the Shogun to send a wireless video feed out to on set Atomos Sumo units, the director could record takes and get immediate playback. He then used this to give quick notes to performers and to work with the DOP to adjust the camera settings so we captured as much of the detail as possible. The result was less waiting time between setups, allowing the crew to make the best use of the limited time they had on location.”

Samsung is more known now for its mobile phones rather than anything else the manufacturer makes. It’s made cameras before but largely only point…