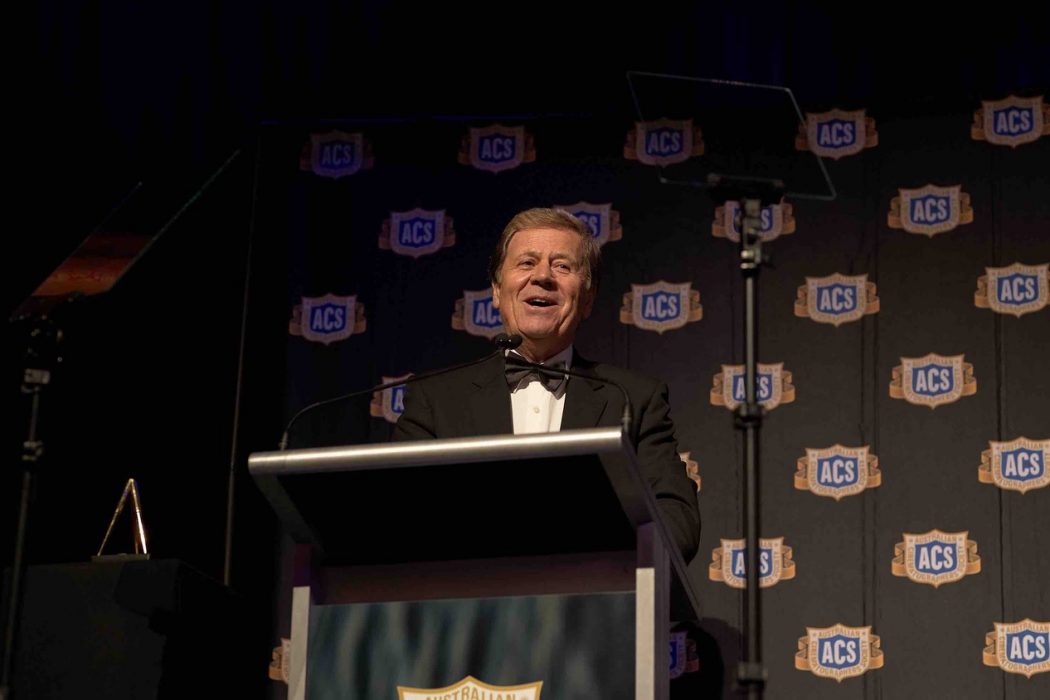 Nguyen, who was on location when he learned of his wins said, “I’m super delighted to have received these awards from the ACS.”

Host and MC for the evening, Ray Martin AM carried the evening along in his usual, professional and quick-witted fashion and as always, ACS National President Ron Johanson OAM ACS started proceedings with some special awards.

Ron presented the Drew Llewellyn ACS Camerimage Scholarship to Simon Woods and South Australia’s Claire Bishop with the John Leake OAM ACS Emerging Cinematographer Award whilst commenting, “The ACS is thrilled to be supporting young talent in our industry, in ways like this.”

The ACS CineKids award was won by eleven-year-old Bella Merlino for her short film This is Me and a Gold Award for Student Cinematography was awarded to South Australian cinematographer Jack Davis for his short film Language.

Benjamin Powell won a Gold Tripod in the Experimental & Specialised category for Falling in Reverse, Richard Bell won in the John Bowring ACS TV Station Breaks and Promos category for his work on Celebrity Haunted Mansion and Allan Hardy took home gold in the Music Videos category for Parkway Drive’s The Void.

The Gold Tripod in the Entertainment and TV Magazine category went to Liam Brennan for an episode of his original short documentary series Rough Hands while Jordan Maddocks won a Gold Tripod in Corporate and Educational for his Leclerc Briant Champagne promo Vibrations.

The Gold Tripod for Documentary was awarded to Thomas Davis for his unique A Stargazer’s Guide to the Cosmos tour of the southern sky and then! It was time for the night’s special guest.

Guest of Honour, legendary film actor Jack Thompson AM gave an emotional speech that described not only his incredible experiences through acting but also his close relationship with cinematographers and their craft over the years, a speech many in the room will remember for some time.

Other Gold Tripod award winners included Abraham Joffe ACS in the Ron Taylor AM ACS Wildlife & Nature category for an episode of the Tales by Light series, Jeremy Rouse ACS in the Short Films category for Armour, Judd Overton in Serial TV & Comedy Series for No Activity and Denson Baker ACS NZCS for his work on the period-drama Victoria.

ACS National President Ron Johanson OAM ACS said, “On behalf of the ACS I would like to congratulate Bob on winning the Milli and also all the other award winners for their truly excellent work and commitment to the craft of cinematography. They are an inspiration to us all. I would also like to thank Fujifilm Fujinon and all of our sponsors without whom these awards simply wouldn’t be possible.”

The ACS National Awards weekend also included several other events taking place alongside the awards themselves including the now-annual ‘Meet the Nominees’ get-together, a screening of Ladies in Black and an entertaining Q&A with Peter James ACS ASC.

Most virtual keyboard instruments are pretty standard, they replicate and add effects to a sampled instrument. However, this new library of instruments is a…