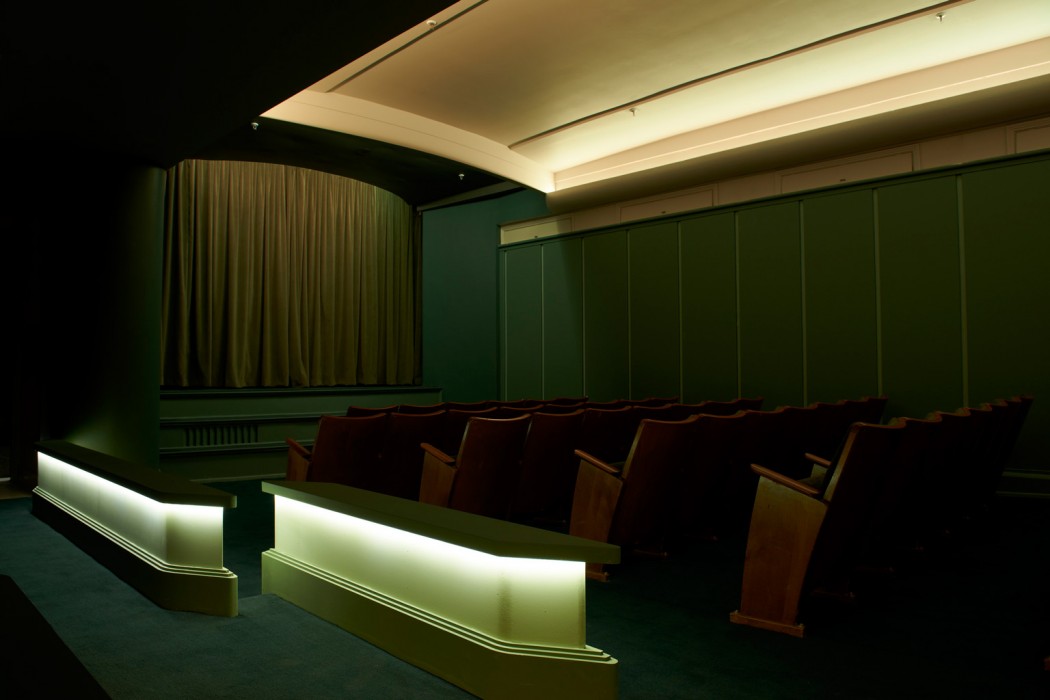 On bitter winter nights, a golden glow emanates from three small windows on Commonwealth Street in Surry Hills, luring passers-by down the stairs and into the warmth of the space below. 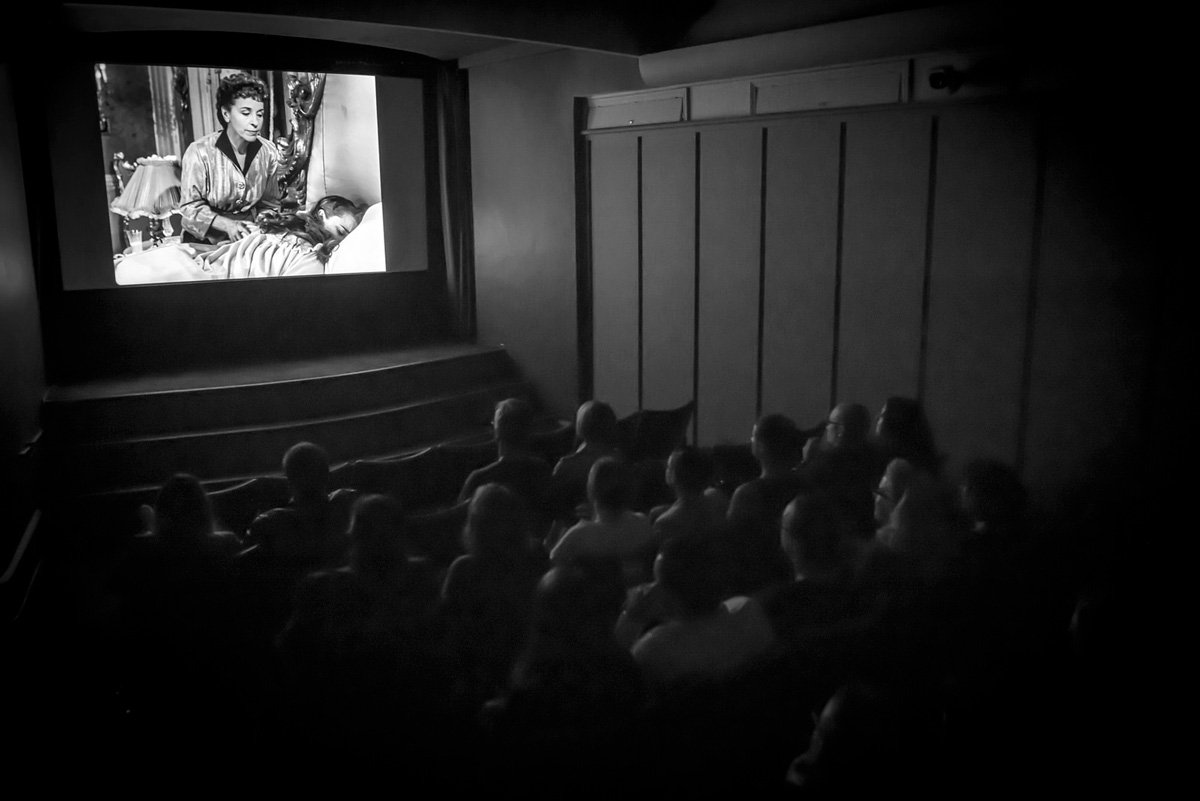 A Unique, Independent Cinema in the Heart of Sydney

A restored heritage cinema inside the former Paramount Pictures building, Golden Age Cinema & Bar is an intimately designed theatrette and adjoining bar. With dark leather booths and film-noir lighting, it’s the perfect place for an early drink with friends, or late-night Manhattan. Or for holding a cast & crew screening of your film. 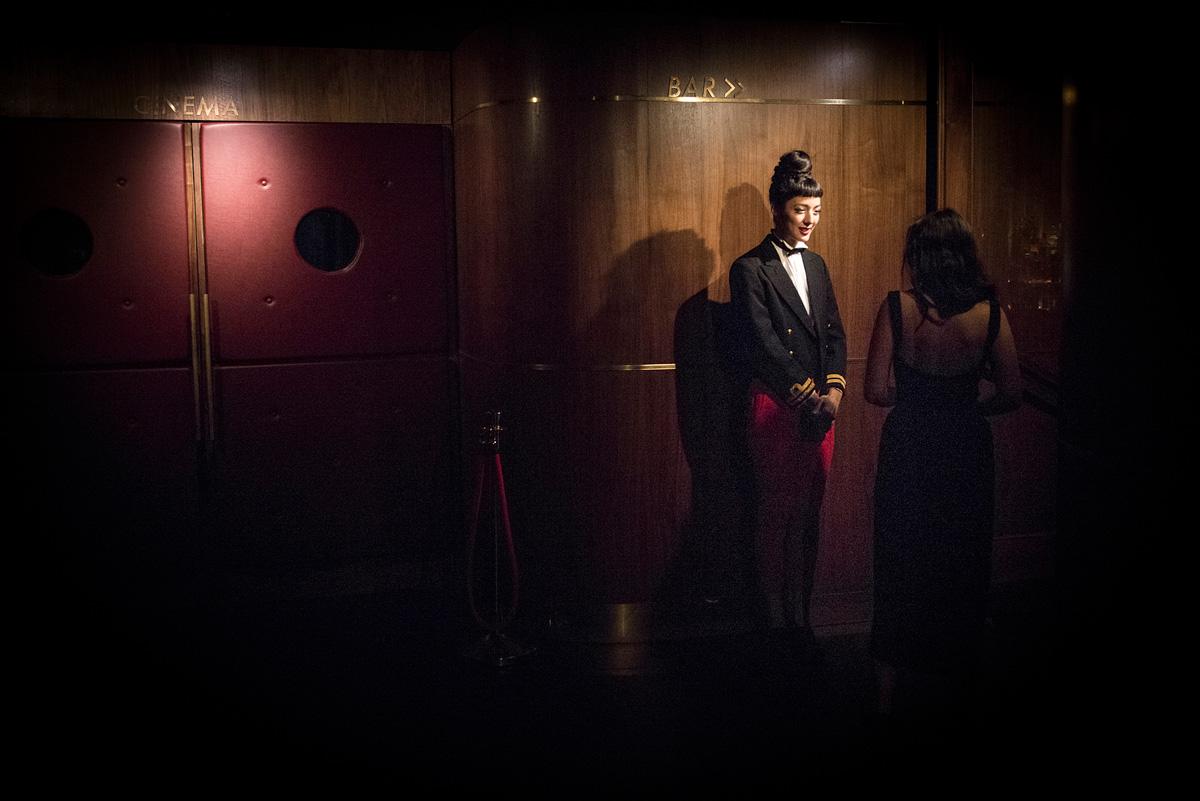 Winter weather is movie-watching weather, and Golden Age Cinema’s Winter Program offers the chance to catch some exciting new releases and revisit classic and cult favourites on the big screen. Fresh off successful runs at the Sydney Film Festival, the upcoming program includes new releases The Two Faces of January, Tim’s Vermeer and The Lunchbox. Frank will headline ‘Weird Band Week’ in early August, alongside Good Vibrations, Dogs in Space, This is Spinal Tap and a 30th anniversary screening of Purple Rain.

Celebrating the southern winter are cold-weather classics Fargo and The Shining, plus yuletide films of the twisted kind: Scrooged and Bad Santa. For closet musical theatre stars there’s also a Frozen Sing-a-Long, best paired with a vocal-chord warming Hot Toddy from the bar. 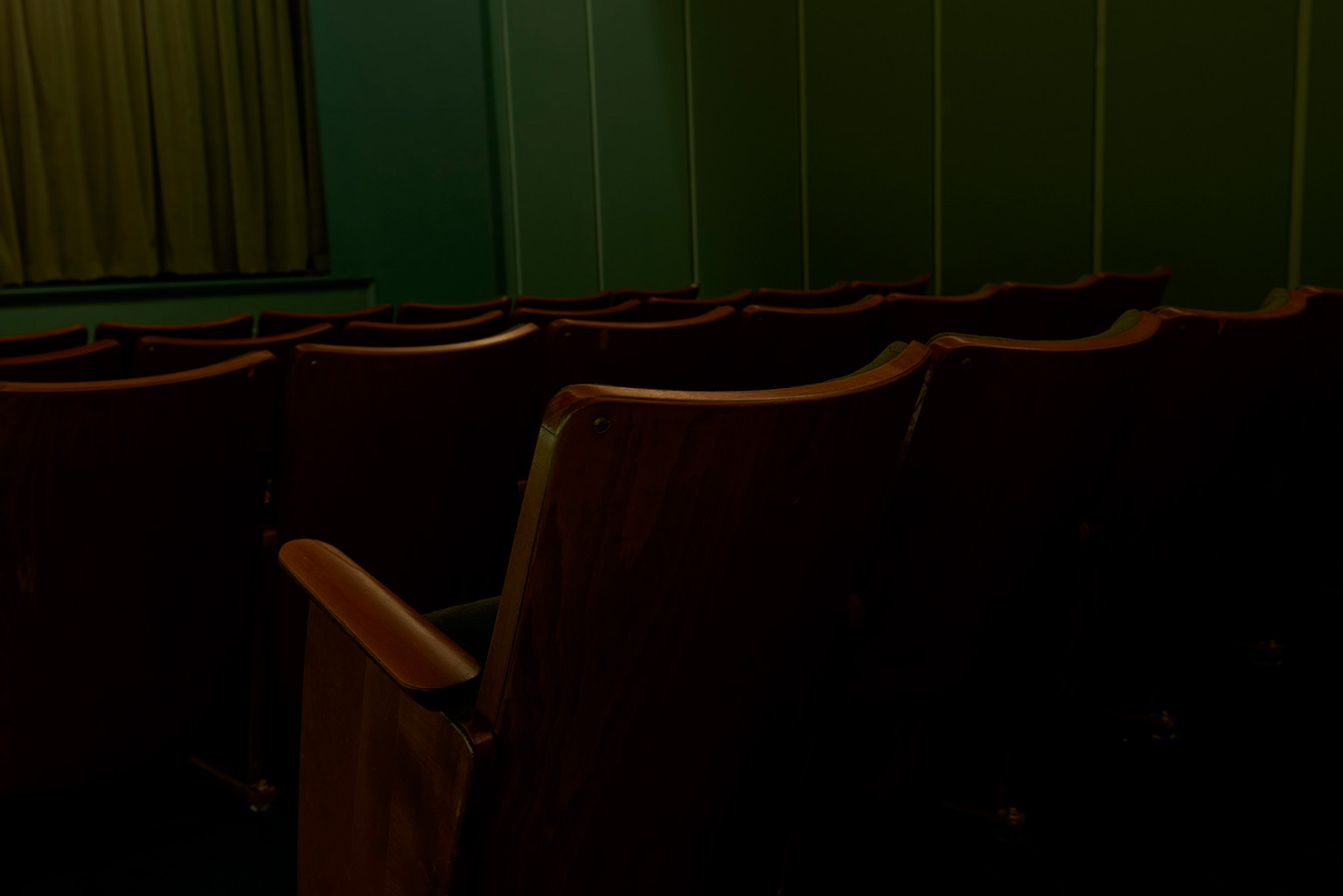 The Golden Age of Hollywood is on show each Sunday with To Kill a Mockingbird, Pillow Talk and Strangers on a Train. For a dose of Parisian style: Funny Face will screen before new-release biopic Yves Saint-Laurent, while a special digitally restored version of Chinatown debuts as part of a Roman Polanski double with Venus in Furs.

A local favourite, Golden Age Prices on Tuesday nights mean each ticket costs the same as the year the film was released. Seeing a Marx Brothers flick from 1933? Be prepared to fork out a whole 5c and save the rest of your cash for cocktails. 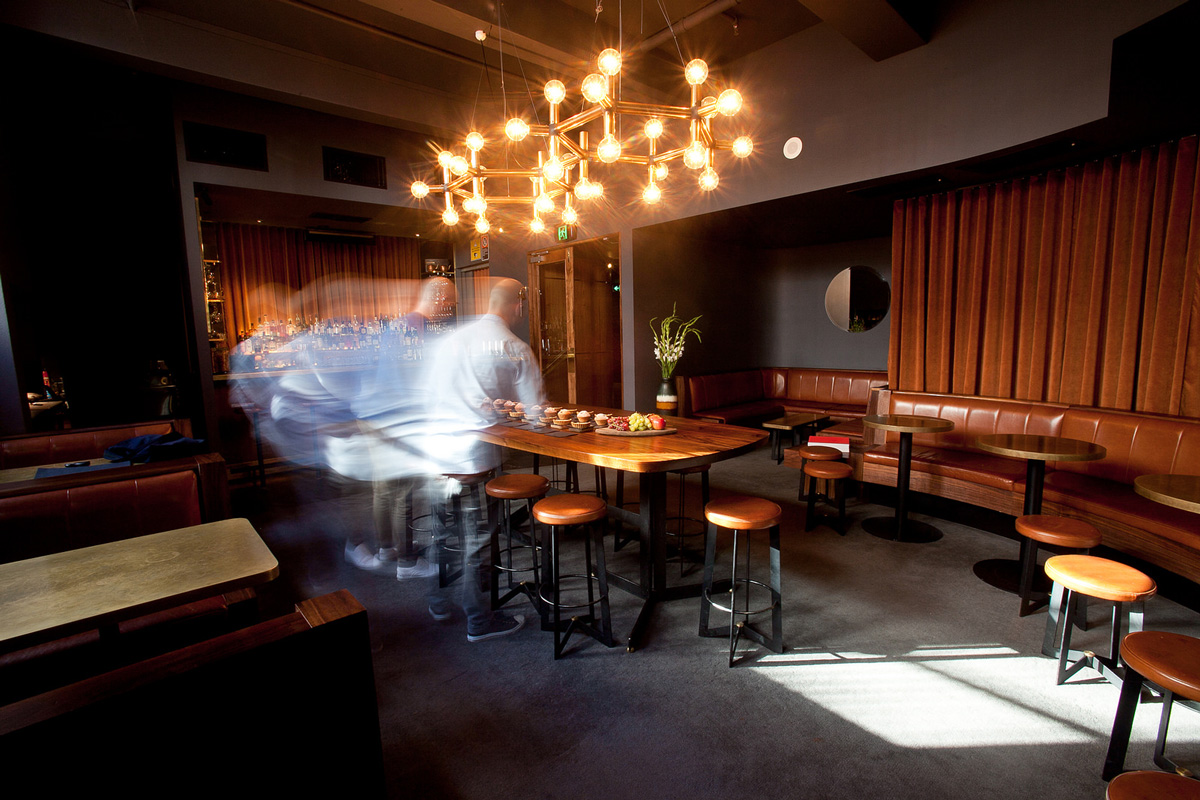 Equally famous for its fine bar offering as its cinema, Golden Age serves up quality natural wines and film-inspired cocktails to both non-ticket holders and cinema-goers alike. Leave work on time for cold tap beers during Golden Hour (5pm to 7pm on weekdays), take a Hollywood Highball cocktail into the cinema, or come late for a Maple-pecan old fashioned in the bar.

The new winter food menu at Golden Age includes cinema snacks like cinnamon donut popcorn, a Messina Sundae of the Month and a ‘John Candy Box’ of lollies. Bar snacks are refined yet fun with eats like ‘Tiger Sharks’ – Life Aquatic inspired white anchovies with smoked tomatoes, and a line-up of legendary ‘Golden Toasties’ –The Spielberger, The Fellini and The Big Cheese. Sharing and pairing is encouraged via Director’s Cuts of local charcuterie and cheese plates, perfect matches for a bottle of red between friends. 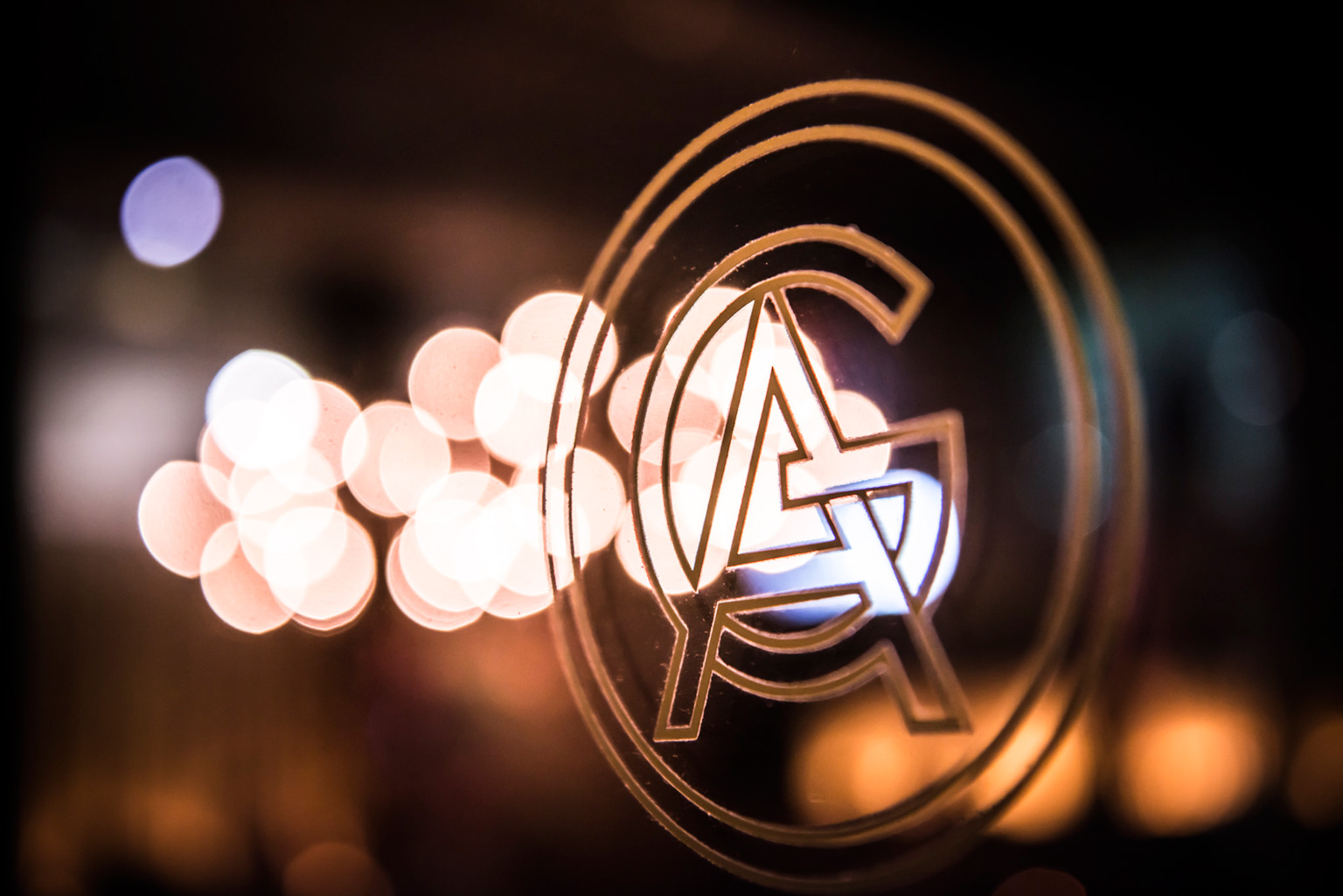 No cinema ticket? No worries. All are welcome in the Golden Age bar. It’s open from 5pm until late, Tuesday through Saturday, and from 2.30pm until late on Sunday.

WHEN: Open Tuesday – Saturday, 5pm til late and Sunday 2.30pm til late

For more information and to purchase tickets, head to http://www.ourgoldenage.com.au 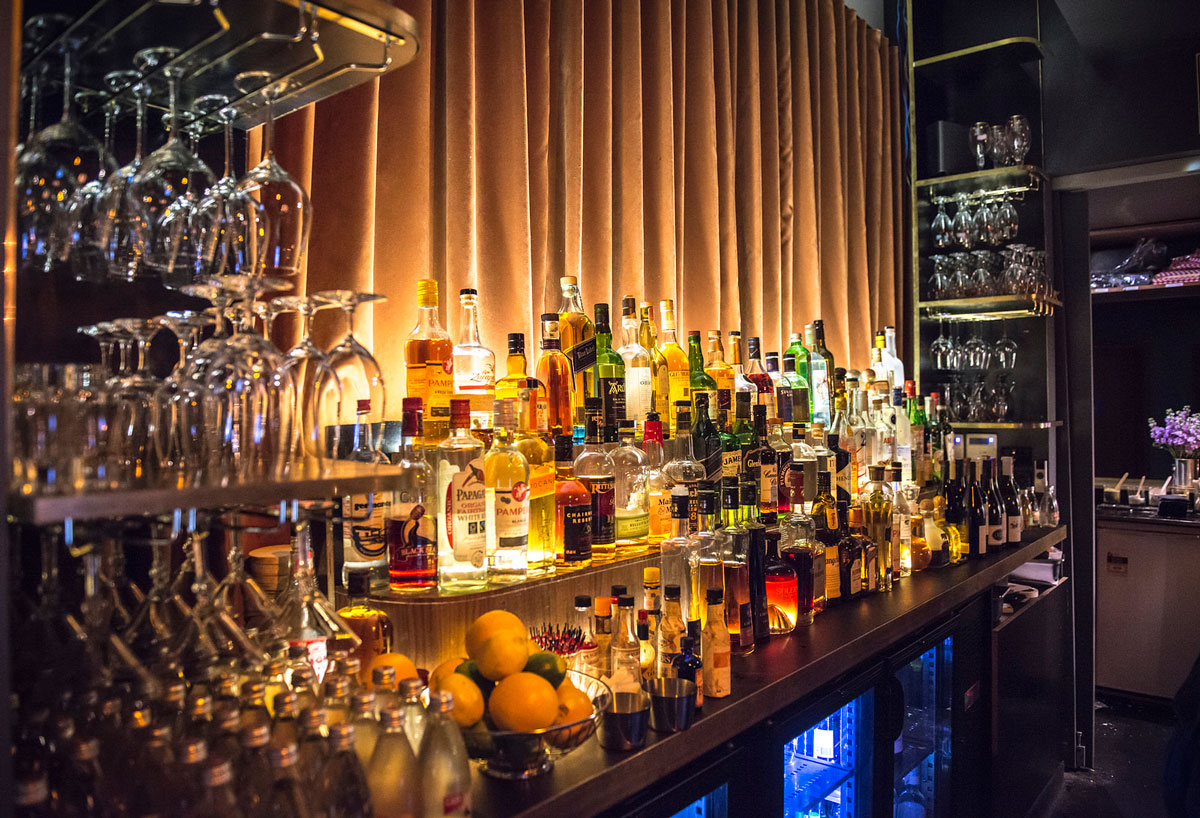 New immersive technologies have blurred of the lines between the film & gaming industries, not only in the the way stories are developed, produced…