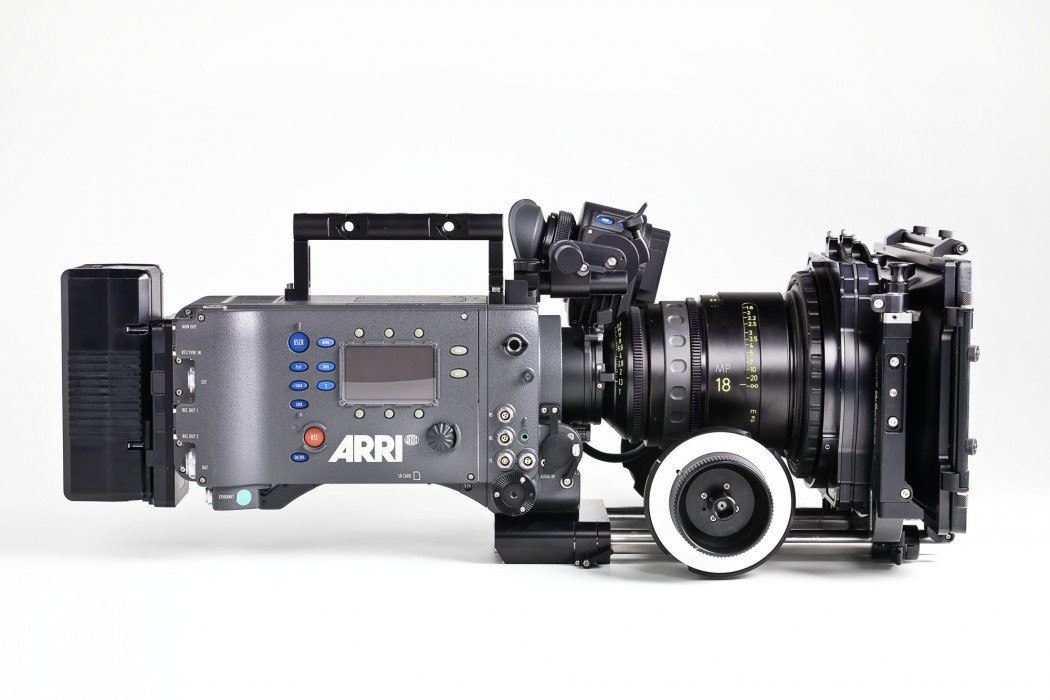 The Silversun Pickups‘ latest music video “Cannibal” drops the viewer right into a frightening and intense situation. One by one, we witness people running in the darkness — perhaps for their lives. Director Suzie Vlcek explains, “I think of music videos like poems or a meditation on a mood. ‘Cannibal’ is about fear, so these lenses gave us all that negative space behind the runners, really elevating the mystery — a dark, endless stretch of the unknown. The ALEXA beautifully captured the depth of emotion and movement.”

In addition to the ALEXA, production made use of the ARRI/ZEISS Master Anamorphics in 35mm, 50mm and 75mm lengths. Explains Director of Photography Drew Bienemann, “The song is pretty harsh and cold, and Suzie and I felt the visuals should match. The Master Anamorphics combined with the ALEXA, left us with a very sharp image. That combined with the contrasty, cool grade, gave us something we really liked when paired up with the track.”

For producer Eric Morgan, the Master Anamorphics helped intensify the actions on screen. “Suzie’s concept and tone within her treatment relied on the audience’s ability to empathize with and focus almost completely on the movements and facial expressions of our actors. As we began to edit, it was clear that the aspect ratio of the lenses naturally forced a viewer’s eyes to focus on the main action. It inherently added far more drama than any of us ever originally imagined…”

Adds Vlcek, “These lenses are so beyond anything out there, and to achieve this look with music video resources, is insane. I can’t imagine using anything else.”

From a producing perspective, Morgan found comfort in shooting ALEXA due to the camera’s dependability and versatility. He says, “Working with a small, indie budget and crew without the time and resources for any re-shoots or any possibility of relying on extensive visual effects, I needed something that both our camera and post teams were confident with. Something intuitive, portable, adjustable and reliable as well as capable of outputting in formats immediately [and easily] integrate-able into our post workflow.”

Production was often forced to rely on creative thinking with their limited resources. To light the running shots, the filmmakers employed a simple solution. “We had an ARRI M18 out on the end of a boom arm, off to the side of the bed of our camera truck. The quality of light we got out of it was really beautiful,” says Bienemann.

With the lighting rig and a generator in the bed of a friend’s pick-up truck, a Steadicam arm was attached to the tow hitch. Notes the DP, “Our assistant director drove with Suzie on monitor in the passenger seat, while myself, our Steadicam operator Alex Kornreich, and our first AC rode in the back. I wasn’t sure if everything would fit in the bed of the truck, but we made it work!”

Shooting “guerrilla style” is nothing new to Bienemann, whose lyrical work includes the Grimes music video “Genesis,” “Next Stop” for Bleached and “Today’s Supernatural” for Animal Collective. “My personal style involves lighting with just practicals and running around with the camera on my shoulder while pulling my own focus — which is not really a style that lends itself to anamorphic shooting. These [Master Anamorphic] lenses, however, would be a great choice for the kind of low light, fast-paced shooting I like to do. That being said, I cannot really envision a scenario in which I wouldn’t want to shoot with these lenses. They’re just beautiful.”