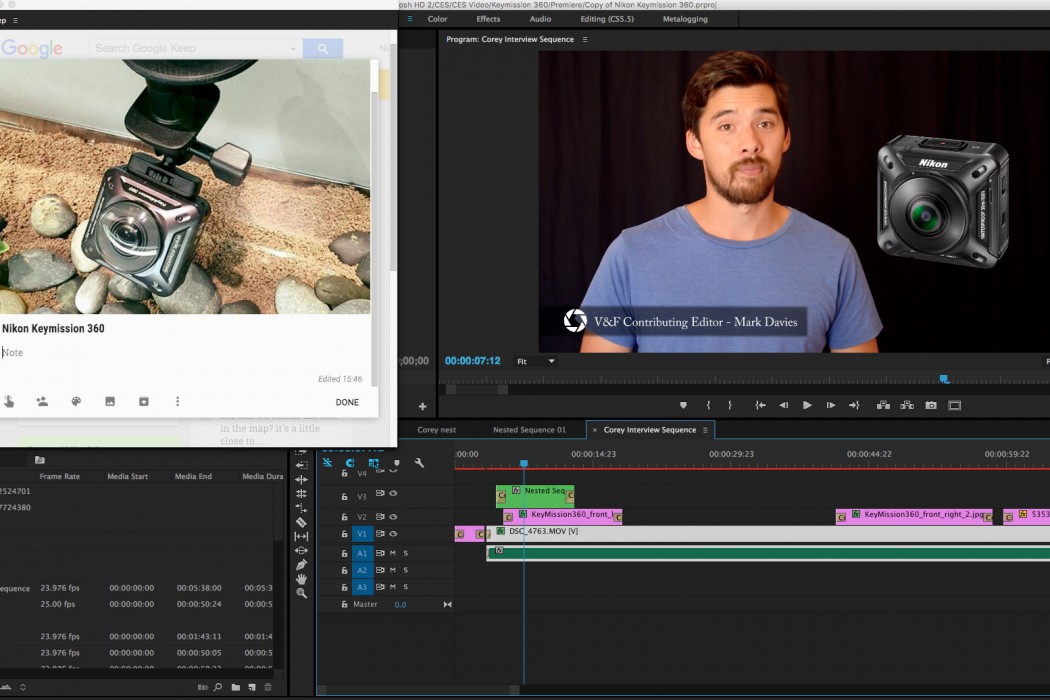 A feature of Premiere Pro which I love and has been very under-utilised is the 3rd party panels.

They are HTML5 panels (running in a special version of Chrome built into Premiere) that can be loaded and interact with the project.

Some good examples of its use are the Pond5 extension, to browse, download and purchase stock footage all within Premiere (and swap watermarked footage with purchased files automatically), and the Pluraleyes panel, that now allows to sync footage on a Premiere timeline without leaving Premiere.

Both these extensions make use of one of the functions accessible by 3rd party panels: XML import and export. And there’s a lot of other ways to connect them to Premiere, which I personally haven’t looked at yet. 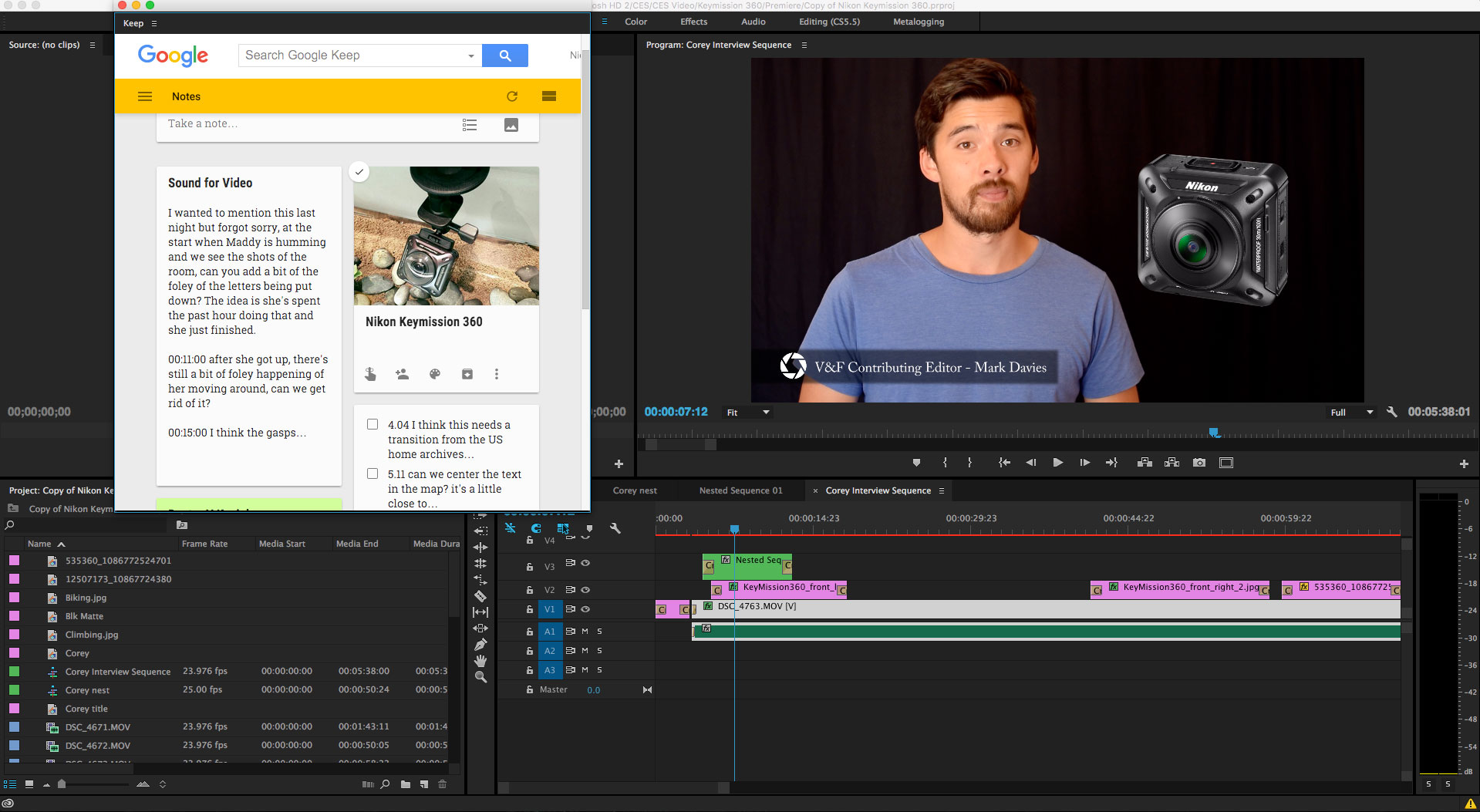 The good thing about the panels being built in HTML5, is that they’re very easy to make for anyone who has ever played with building a webpage. The downside is that a lot of the new extensions popping up are very poorly made, and sold for a lot of money (when put in perspective with the complexity of the code), because there’s a demand for it.

I won’t name or share those extensions, but they’re basically all very simple and limited, but serve a purpose that people are willing to pay for.

I felt it was too fork out for something I feel I could build myself (even though I have no real knowledge of coding), so I have started experimenting with my own 3rd party panels. If you don’t count the test I made that was just showing the ‘Just Do It’ Shia Labeouf speech on a loop, when I need motivation while editing, my first panel is an attempt to get my own to-do list in Premiere.

Because the panels are HTML5 based, and can show another webpage embedded into it (through an iframe), you can have it load anything you want without any coding required.

I’ve used a lot of To-Do apps over the years, and I’ve tried to look at a few of them for this extension, but for now the one I prefer is Google Keep, for a few reasons:

To create this, I really didn’t do much… I’ve downloaded an example extension fromGithub that loaded Trello in an iframe, and had it load Google Keep instead, changed the name, and modified the supported applications (I think it was created a while ago and it wasn’t showing up in Premiere CC2015). 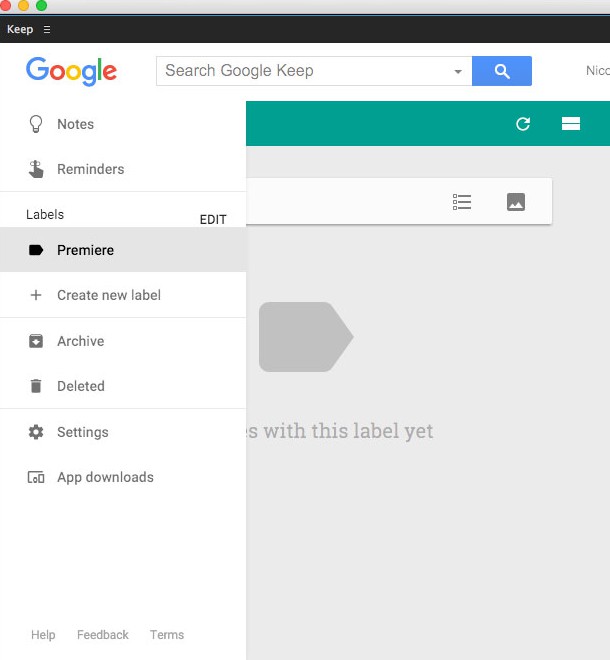 If anyone wants to use it, here’s a link to download the zip file.

To install it, you need to unzip the file and put it in the extensions folder, as well as allow unsigned extensions to be loaded. Follow the instructions on this example panel Github page. (Instruction #2).

You obviously need a Google account for this to work. The first time you’ll open it, you’ll be asked to log in. And you’ll have to create a label called Premiere (or change the code of the extension to load a different label, or no label at all). You can modify it to have it load any page you want, and to test it you can even just navigate to Google Search from the Google Keep top menu, and browse the web from there.

If anyone has another useful and simple use of the 3rd party panels, I’d love to hear about it.

Julien Chichignoud has worked as a professional Editor for over a decade. He began his career in France as a Broadcast Technician and Editor for networks such as TV5MONDE and Orange Sports, before moving to his adopted home of Sydney, Australia; where he works as a freelance Editor and Colourist.

To find out more about Julien, check his website: julien.chichignoud.com

For more great articles by Julien, be sure to read his piece: How to Be a Good Director According to an Editor. His feature interviews with Adobe’s Bill Roberts and Lars Borg.

Or his excellent blog post, How to Get People to Work for Free on your Project… By Someone Who Likes to get Paid.