Shooting video with a DSLR is a bit like driving a drag racer in a Formula One grand prix; sure the drag car is an amazing piece of automotive engineering that goes very fast, but among other short-comings, it isn’t great on corners and it doesn’t have much of a range. Indeed, like the drag racer that sits at the apex of technologies for accelerating very rapidly in a straight line down an empty track, the DSLR has been developed for the express purpose of taking high-resolution, accurately framed, focussed and exposed single images. Let’s take a look at today’s video-capable DSLRs and see why they’re worth using for shooting moving images and how we can compensate for their shortcomings.

Before the invention of the single lens reflex camera there were two approaches to selecting what would be on your photographic image. The most accurate way was to look at a ground-glass screen showing the image coming directly through the lens of the camera. To see the image clearly you had to prevent any extraneous light from impinging on the screen, usually by shielding it with a black cloth curtain. When you were satisfied with the focus and composition of the image, you would then block the light from the lens, carefully put an unexposed piece of photosensitive material where the glass screen had been, then allow light to pass through the lens until the material was correctly exposed. Next you had to cover up the exposed material to keep it from any further light and remove it from the camera for processing. All-in-all, this was a pretty cumbersome procedure and one that didn’t allow for much spontaneity.

The other, less-accurate, but so much more convenient, approach was to have a second, parallel set of optics displaying approximately the same image as the camera lens in a viewfinder. This allowed the photographic material to be kept in a lightproof box and only exposed when the shutter was opened or when the film was being loaded or unloaded from the camera. This method is the one used by Eastman in 1900 for the first personal, mass-produced camera (the Box Brownie) and continued in consumer point-and-shoot film, and later digital cameras, right up until LCD panels became cheap enough to use for all viewfinders. 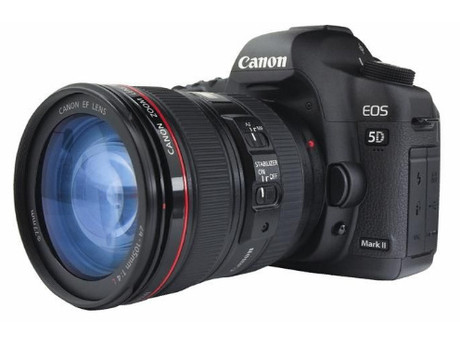 As the name implies, a single lens reflex camera has just one lens that’s used for both composing and collecting the image. This is achieved by using a mirror to divert the image from the lens via a prism onto the ground glass viewfinder screen. This enables you to compose and focus the image exactly as it will appear on the film or pickup chip. When it’s time to capture your image, the mirror is flipped up out of the way to allow the light to travel directly to the photosensitive surface when the shutter is opened. When the mirror is up, you can’t see out through the lens, which is why an SLR viewfinder flicks to black when you push the shutter release. The automatic exposure and autofocus sensors are usually placed along the viewfinder light path so that you can see their effect or monitor their status before you actually capture the image. This arrangement makes it possible to build good quality cameras, with interchangeable lenses, at accessible prices.

The first digital stills cameras had separate viewfinder optics, but it didn’t take long for camera designers to put an electronic imaging element where the film would have gone in an SLR camera and thus produce the Digital SLR camera that we know today. As SLR cameras have come equipped with microprocessor-based automation since the mid-’70s, it’s been a feature of the arms race between DSLR camera manufacturers to take advantage of the regular doubling of micro-processor power every 18 months to be constantly adding ever-more sophisticated processing capabilities to every new model. Features found on current models include GPS location tagging, wireless data communications and software to allow instant uploading of images to social media sites, and a range of preconfigured image modes that include ‘winter afternoon at Bell’s Beach’, ‘Halloween’ and ‘sixth birthday party’ settings!

Most of today’s DSLR cameras use CMOS image capture arrays because they’re fast, high resolution, low on power consumption and inexpensive to make, because Complimentary Metal-Oxide Silicon technology is what most other silicon chips are built from. Unlike the expensive and power-hungry CCD imaging arrays that preceded them, the image information from the CMOS sensor array elements can’t all be read at once, but has to be scanned one line at a time, which is a pretty quick process, and not even a slight problem – if you’re capturing still images. 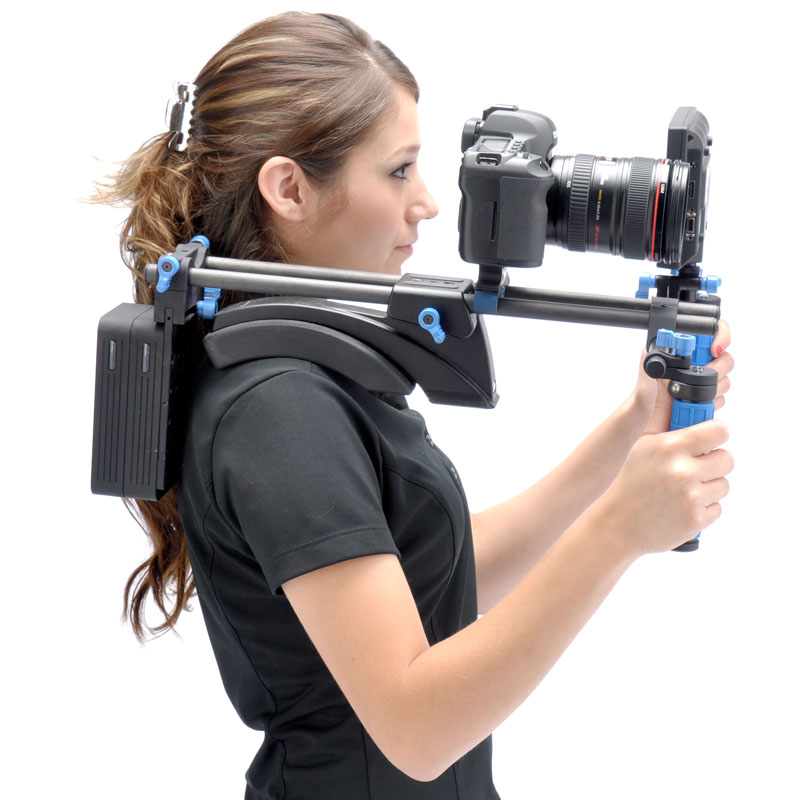 MOVING FROM STILLS TO VIDEO

The CMOS sensor in a DSLR is big, low-noise, and sensitive to light, making it ideal to shoot video with the vast range of reasonably-priced lenses available for the professional and photo enthusiast. A DSLR lens with its aperture wide-open produces rich, clean images with the shallow depth-of-field that is associated with big-sensor professional video cameras and 35mm film cinematography, so why not up the image capture rate from a few per second in burst mode to 24, 25 or 30 frames per second, and capture beautiful video? That’s exactly what Nikon did with the D90 in 2008, Canon responded with EOS 5D MkII, and everyone else has since followed.

Of course, it’s not exactly that simple. No single lens reflex system is designed to swing the viewfinder mirror in and out of the light path more than 20 times per second, so there goes one of the main advantages of the DSLR: the ability to see exactly what you’re framing and how you’re focussed. Instead you have to rely on the live feed from the sensor to the small, relatively low-resolution and low-contrast LCD panel on the back of the camera. The usual response to this problem is to get hold of an external electronic viewfinder (EVF) – a sharp full-resolution monitor that lets you see what you’re actually capturing.

As the focus and exposure sensors are usually in the viewfinder’s light path, you’ve also just lost your autofocus and auto exposure functions. More recent DSLRs are using information from the image sensor to derive focus and exposure information but even so, the mechanical focus and exposure hunting that are typical, and perfectly acceptable, in stills photography look pretty ugly in a moving image, so you’re probably better off using manual control. Besides, the noise made by the servo motors is likely to end up on your sound track if you’re brave enough to use the built-in omnidirectional microphone. The usual responses to these problems are firstly to fit easy-to-reach and smooth-operating external focus and external aperture control rigs, and also to use external microphones to pick up the sound from an acoustic perspective that matches your images. You may also to need to add a focus puller, an iris puller, a boom swinger and a sound recordist to your crew. 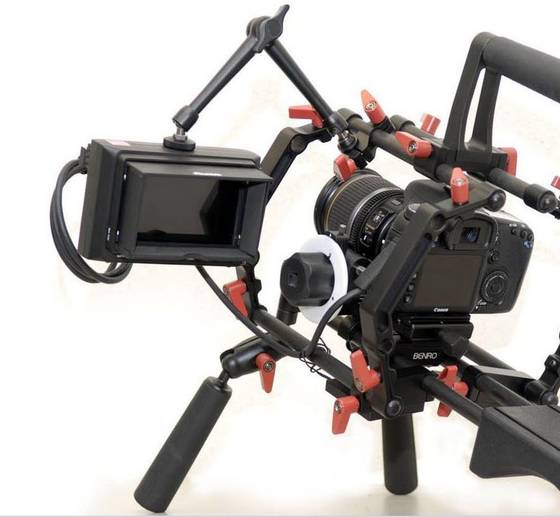 When objects in your image are moving and your CMOS image sensor is being read sequentially, one row at a time, there is ample opportunity for parts of an object to be in different places on different rows of the image. The effect is to produce stretched and distorted images of fast moving objects. Known as the ‘rolling shutter effect’ these distortions can be reduced by not panning quickly within a shot and by minimising the amount of cross-frame movement in the shot.

Then of course you’ve got a device that was carefully-designed for quick individual shots, but now you’ve got to hold it in-focus and properly framed, for substantial periods of time whilst also following the action. And then there are all the devices like matte boxes, flags, external viewfinders, zoom, focus and aperture remotes, audio mixers and external data recorders hanging off it. You’ll probably need a mounting system to hang everything on, and even if you have a tripod beefy enough to carry the weight, you’ll need to add a decent head that will allow you to pan and tilt smoothly under load.

Carefully used, the video DSLR can be a very powerful creative tool, but if you’re going to take that dragster out for a few hot laps of the grand prix circuit, you really will have to learn a different way to drive it.