Welcome to part three of three, or as Bob Seger put it, “The Famous Final Scene” (no one quotes Bob Seger anymore). This issue we’re looking at glass – which lenses to choose for what scenes.

We’ll look first at lenses, and then coverage. These are a couple of areas of cinematography that are a bit more advanced, but with a bit of consideration and testing, they will help you stand out from the millions who are shooting video this very minute, at kid’s parties, tourist attractions and on terrible short films.

“Sometimes I feel ashamed at my lack of interest in all the new techniques of modern filmmaking, but I prefer to work with as little equipment as possible. If I have a good lens and a steady camera, that’s all I need.”
– Sven Nykvist, ASC

Going back to that Ricoh Super-8 camera I had back in the 1980s, I clearly remember an early cinematography dilemma. I needed a close up of a friend’s face for our latest film, a First Blood/Rambo type of story. I could move the camera really close and zoom out, or I could stand fairly far away and zoom in. Both techniques filled the frame with my actor’s face, but with wildly different results. When I zoomed in, the background looked all flat and out of focus, and when I zoomed out, the background was deep and in focus — and the actor’s face was a bit warped, a bit like the joke mirrors at an amusement park. I kept wondering, which way was ‘correct’? Which was ‘wrong’? How did they do a close up in Star Wars? Or on Gilligan’s Island? The answer: it depends.

Lenses are measured in millimeters (even in the US), and as a general rule of thumb lenses less than 50mm are considered ‘wide angle’, where relative size and distance on screen are exaggerated. Lenses greater than 50mm are considered ‘long’ or ‘telephoto lenses’ where distances appear flattened. 50mm is considered ‘normal’, or closest to what your naked eye sees. The longer the lens the greater its telephoto strength is, or put simply the further away it can focus. A 300mm sees a smaller area than a 100mm lens. It should be noted that for the purposes of a beginner’s camera kit, you really won’t likely need anything longer than a 150 or 200mm lens, unless you’re making a film about a sniper.

Lenses come as ‘zoom’ lenses, which means you can change the ‘focal length’ (e.g. from 25mm to 75mm) with the turn of the wrist or the push of a button. ‘Prime’ lenses are a fixed length, and these are the lenses you see being changed on set. Most commercial video cameras will have zoom lenses, but don’t be surprised to be dealing with prime lenses if you decide to shoot a project with a DSLR. 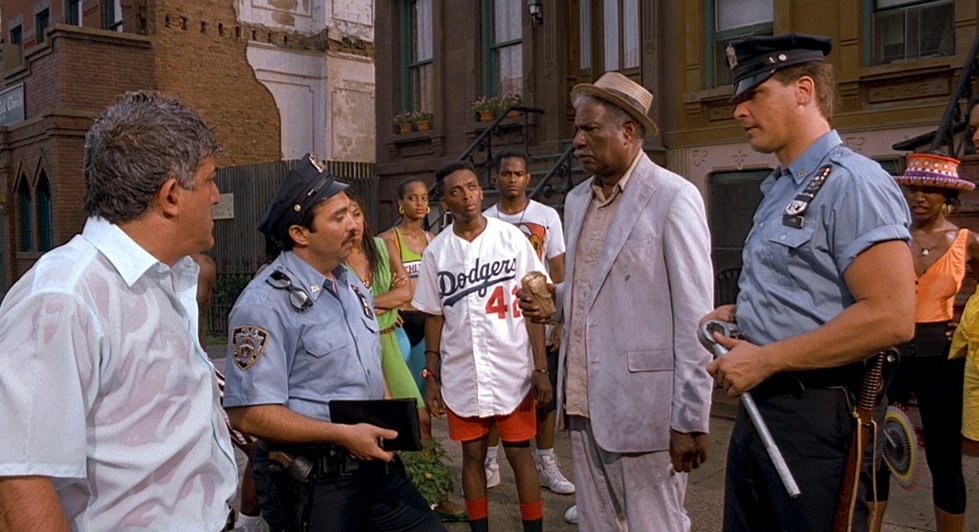 Back to my Super-8 dilemma: as usual, the solution is all about the story. What was my intention with the scene and shot? What was the character going through? What information was I conveying to the audience, and what was I withholding? A wide-angle lens is a great tool for placing a character in relation to the location, or other characters. Have a look at the wide angles and deep focus (foreground and background are all in focus) in Orson Welles’ other masterpiece Touch of Evil (1958), which apparently was shot entirely with a 24mm lens. This was done, according to cinematographer Russell Metty, to allow all the complex grouping compositions in the film as well as to emphasis Welles’ grotesque ‘Captain Hank Quinlan’. The wide angle gives emphasis to many things at once, and provides both spatial and metaphorical context to the interactions that are unfolding on screen. Another great film we discussed last month that thrives in the wide-angle world is Spike Lee’s Do The Right Thing (1989). I always felt that this was all about the location-as-character strategy, where Bed-Stuy is as pertinent to the story as Mookie and Radio Raheem.

You’ll meet a lot of people who say that all comedy must be ‘played’, or shot wide. American sit-coms and films with a lot of physical comedy very rarely feature anything but wide angle shots, and there’s certainly an adherence to the rule with films like Blazing Saddles (Mel Brooks, 1974), Animal House (John Landis, 1978) and Superbad (Greg Mottola, 2007) which all have very funny set pieces with busy frame compositions. Would any director risk missing an improvised John Belushi moment with a long lens?

It should also be noted that for reasons mentioned wide angle lenses are generously used in zombie films as well. Therefore, combining the two in a zombie/comedy like Shaun Of The Dead (Edgar Wright, 2004) for example, is basically the perfect storm for studying the benefits of wide-angle filmmaking.

Long lenses have their own purposes, generally along the lines of withholding information from an audience (less of the image in focus) and giving an extra sense of emphasis on a character who may be going through some sort of physical or emotional transformation. See Tom Cruise’s teenage torment scenes in Risky Business (Paul Brickman, 1983), or Mick Dundee navigating the crowds of Manhattan in Crocodile Dundee (Peter Faiman, 1986) arguably the most famous being Katherine Ross and Dustin Hoffman’s long lens run at the end of The Graduate (Mike Nichols, 1967). Film snobs will say that long lenses are considered to be more ‘cinematic’, as almost all the consumer model video cameras tend to have lenses that keep as much in focus as possible – one could say as insurance against unrefined camera operators.

One director who was famous for using primarily long lenses, regardless of the story he is telling is the late Tony Scott. His brilliant flat images made films like Top Gun (1986), Days of Thunder (1990) & True Romance (1993) into modern classics. He even broke the rule on comedy with Beverly Hills Cop II (1987) – though some may dispute this.

The brilliant Australian cinematographer (and good guy) Peter James ACS,  spoke about his approach to lenses and serving the story this way:

“…it’s like Paradise Road (1997)…where I photographed the women who were prisoners of a war camp. I photographed them on 300 and 600mm lenses; but the Japanese soldiers who were guarding them, I photographed them on 40 and 50mm lenses, anamorphic. What happens is that the women are all packed together and gives them solidarity as a group; they become a mass and have the company of one another. But the soldiers are alone and the palm trees are all around them like prison bars so they’re like prisoners of the jungle. It turns the tables visually. If you do that throughout the whole movie it’s a subliminal feeling people get from the way you photographed it.”

The use of the zoom shot (in or out) is not as common as a few decades ago, but are still used as signature trademarks by some of your favourite directors, like Quentin Tarantino, Ridley Scott, and Wes Anderson. They’re considered a bit retro and are also more difficult then they look. Try one in your next film and you’ll see what I mean. 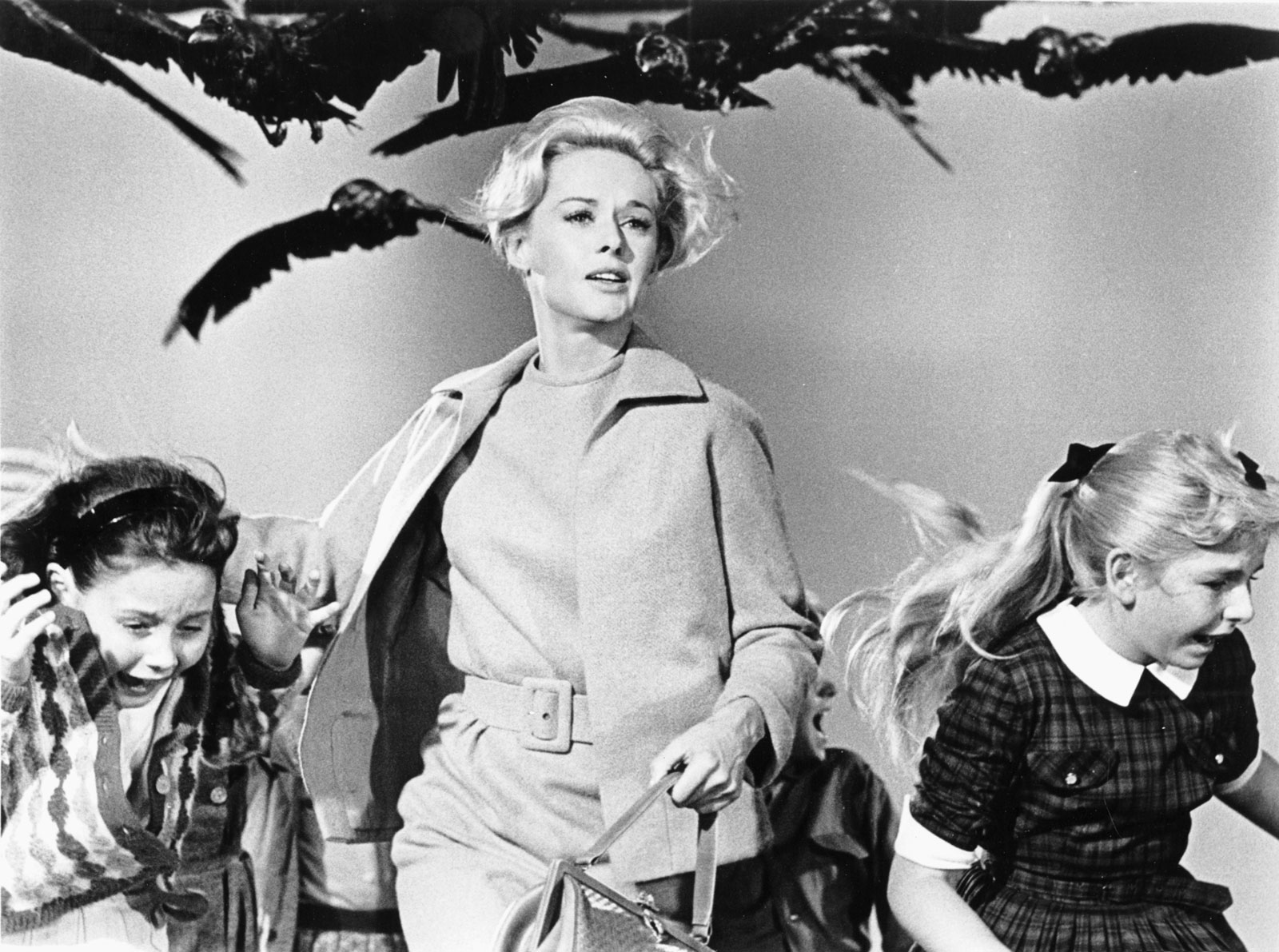 ‘Coverage’ is a term used to describe how a scene is shot, the shot sizes, camera angles and distances used, and those methods and styles vary widely depending on the filmmakers, and I would argue, the budget. Many filmmakers today will use two or three (or more) cameras at once, which not only ensure that sequences match, but it also speeds up the entire process. Coverage is meant to help the editor with their choices, by ensuring they have many options at their disposal (‘do we have a cutaway of the dog?’), and also to aid in the illusion of ‘invisible editing’, being that the very best editing is that which the viewer doesn’t notice. Think of all of the coverage shot as the ingredients and the final edit as the omelet. How do you want to make your omelet?

Coverage also brings together many of the elements discussed in these articles up to now. A standard approach might be that you would start with a master shot and then come in closer – but whatever you end up doing — heed the advice of Don Hunter, CSC, my cinematography tutor at Vancouver Film School, and “Shoot the dialogue first!”. I made this near fatal mistake on a student film where I wanted a very long and choreographed dolly shot that was really just two people getting out of a car. We spent most of an afternoon (and most of our allocated film stock) shooting multiple takes and not getting it right. Of course it was completely unnecessary and indulgent and we ended up with hundreds of feet of unusable film with no dialogue and therefore none of the script shot, and then ran out of daylight besides. From that day forward I have always shot the dialogue first. When you’re on a project and running out of time (and you always will) the least awful position to be in is to have to rush the non-dialogue parts, like establishing shots. So spend what time you have on the most important parts. Learn from the mistakes of others.

Want to see some brilliant scene coverage? Have a look at not only what Alfred Hitchcock decides to show you, but he shows it to you in The Birds (1963), and if you can handle it, you cannot go wrong studying the coverage of the Omaha Beach scene in Saving Private Ryan (Steven Spielberg, 1998).

A tip: for each film, get out a piece of paper and map out where the camera was likely placed for each shot. I apologies in advance if you never watch a film the same way again.