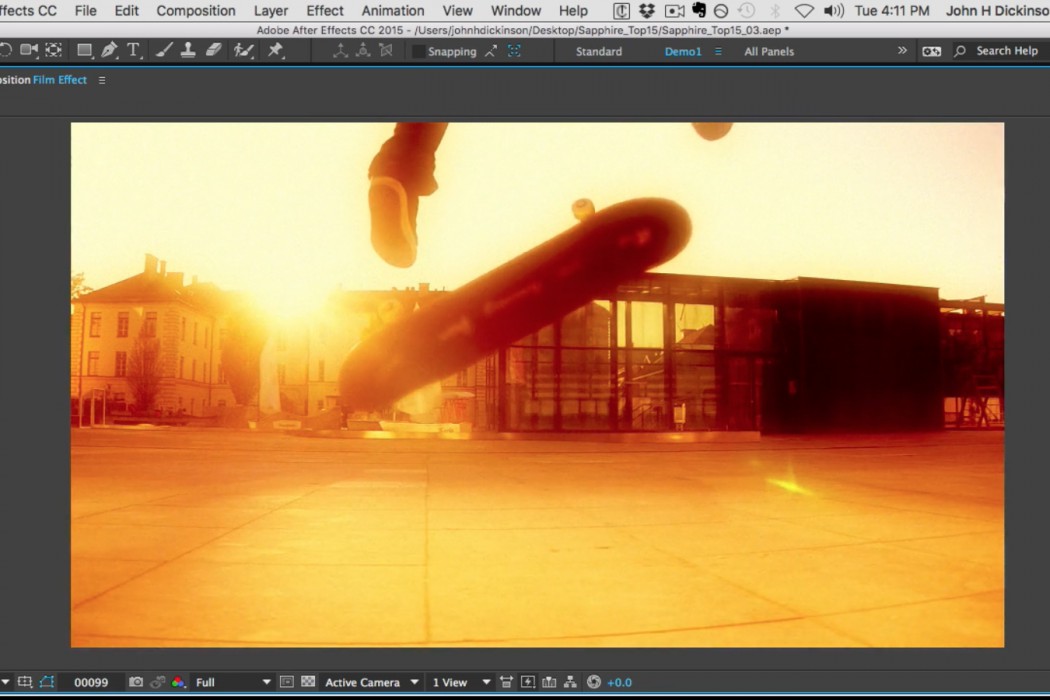 These days most almost everything is shot in digital, which is no surprise considering how much cheaper it is compared to celluloid film stock. In fact, it’s so popular that there’s only a handful of places left where you can get celluloid developed.

But with all of the benefits of digital, there’s still the major drawback that your audience is accustomed to seeing the ‘film look’ when watching tv and cinema. And without it, your production looks amateurish and cheap.

Ater Effects to the rescue, or more specifically the Sapphire Film Effect plugin for AE.

This effect will turn your digital footage into liquid gold aka make it look like film stock. It even lets you choose which specific film stock you want your footage to look like.

In the video below, Motionworks’ John Dickson gives you his tips & tricks on using the effect to its full capacity. It’s also worth trying out some of some of these tips when using the Lumetri Colour effect in Premiere Pro too. – So load up your project in AE now and then press play!

If you have any other great tips & tricks for attaining the ‘film look’ then let us know in the comments below or on our Facebook page.

For more great videos from John, check out his Motionworks channel on Vimeo: https://vimeo.com/motionworksonvimeo.

Great filmmaking comes with the knowledge we gain through our experiences creating film. But even the legendary filmmakers of today, like David Fincher, Tarantino…