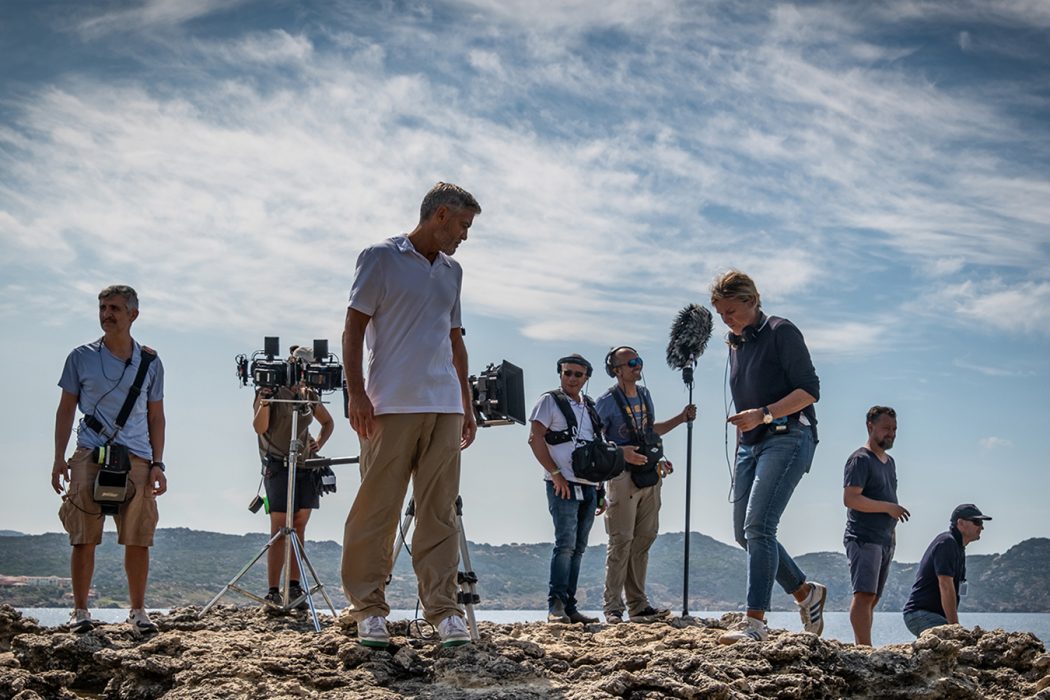 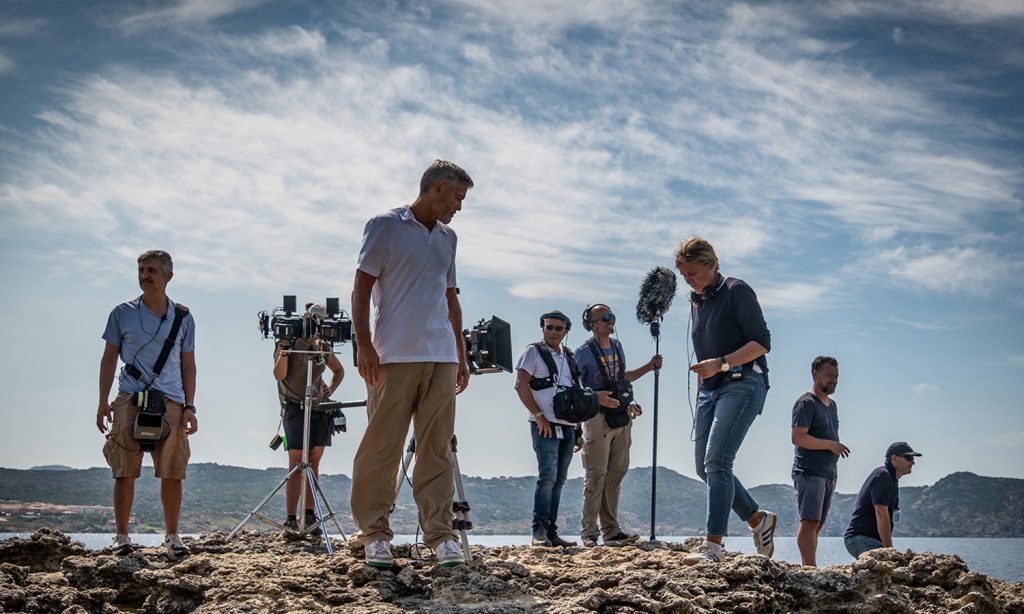 When veteran sound designer Maurizio Argentieri was asked to record all the production sound for the modern Hulu miniseries adaptation of the Joseph Heller novel Catch 22, he surmised that it would be a difficult but rewarding assignment.

Catch 22 is the story of a World War II bombardier who is trapped by a twisted bureaucracy, and much of the action takes place on an air force base.

Filmed on the old Olbia Airport (Venafiorita) in Sardinia Italy, Argentieri not only had to capture all of the gritty ambient sounds together with highly-intelligible dialog, but also had to deliver pre-fader tracks and several different immediate mixes for different purposes.

After updating his truly future-proof Metric Halo interfaces (a five-year-old ULN-8 and a fifteen-year-old 2882) to work with the latest in digital connectivity via Metric Halo’s 3d hardware upgrade, Argentieri had sixteen analog inputs, eight digital inputs, and as many zero-latency output tracks and sub-mixes as he needed.

With over 25 years in the business, he has recorded and mixed for directors such as Spike Lee, Ridley Scott, Mel Gibson, Woody Allen and – now having completed Catch 22 – George Clooney. “I’ve been an avid user of Metric Halo interfaces since I got my 2882 in 2004. I appreciate Metric Halo’s sound quality and dynamic range. As you can imagine, on set at an air force base meant there was always something going on around the actors, from airplanes to trucks to cars – even to other actors screaming! The large number of tracks let me isolate individuals and sounds, and Metric Halo’s vast DSP resources let me mix and compress for dailies and for examples of how I envisioned the mix for the post-production team.”

Metric Halo’s recently-introduced 3d hardware upgrade allows users to seamlessly combine up to 128 input tracks and 64 buses with zero latency, but the 3d public release came after Argentieri needed it.

“I talked to B.J. Buchalter and Jon Stern at Metric Halo and described my situation,” he said. “I knew 3d was coming and that it would fix any latency problems that might occur on a 2D system pushed to 32 tracks. They were kind enough to send me very early beta versions of 3d for my ULN-8 and 2882. I installed them, crossed myself, and hoped for the best. We would be out on an air force base for six weeks and that’s a very dusty, rugged situation for audio hardware! As it turns out, I didn’t need to be worried. Although the display on my computer died (easy to swap out), the Metric Halo 3d system was very stable and reliable. And that was an early beta!”

For most scenes, Argentieri recorded eight channels of Wisycom wireless microphones with digital AES3 outputs that could input via the ULN-8, various wireless microphones from Lectrosonics, and a custom double-M/S microphone suspension (made by Cinela especially for this project) consisting of two DPA cardioid microphones and a Sennheiser MKH30 figure 8 all in a suspension and windscreen. The double M/S rig let him record surround effects in a true surround format.

In addition to scenes and dialog, Argentieri recorded an entire library of original sound effects in a surround format, including B25 bombers and all the other airplanes idling, passing, taking off, etc. with the Metric Halo rig. Since the production took place in Olbia, the crew was able to organise a flight session dedicated only for sound recording. The Metric Halo rig was on the airplane along with custom-made contact mics to add a natural low-end sound. Jerry Ross, the sound supervisor, along with the sound post people from Warner Brothers, were pleased with this original sound character created for the movie.

“Another reason I like working with Metric Halo’s software controller, MIO Console, is that it allows me to make multiple simultaneous mixes,” Argentieri noted. “In addition to recording all of the tracks in their pure, un-manipulated state for the post-production team, I gave the film editor a rough mix that simulated the way I thought the final mix should go. It would help out as a guide. It was also important to give a rough mix for everyone watching the dailies, with some mastering done to bring the volume up to meet the expectations of people who are used to hearing mastered audio. For tricky situations, I used Metric Halo’s DSP resources, including TransientControl. For example, when we shot interiors in Rome, there was too much reverb. I used TransientControl to change the decay of the transients and reduce the amount of reverb in a very natural way.”

“I would love to thank my team Andrea Dallimonti and Alberto Padoan as boom operators, and Samuele Grippo and Michela Cuppone as sound utility assistants. They helped us solve a lot of tricky situations in a very difficult location,” added Argentieri.

Now out on Hulu, Catch 22 has met with great reviews, owing, in part, to its stunning sound design.

Blackmagic Design has released yet another update to its film colourisation and grading software, DaVinci Resolve, adding support for the ALEXA 65, Panasonic V35,…