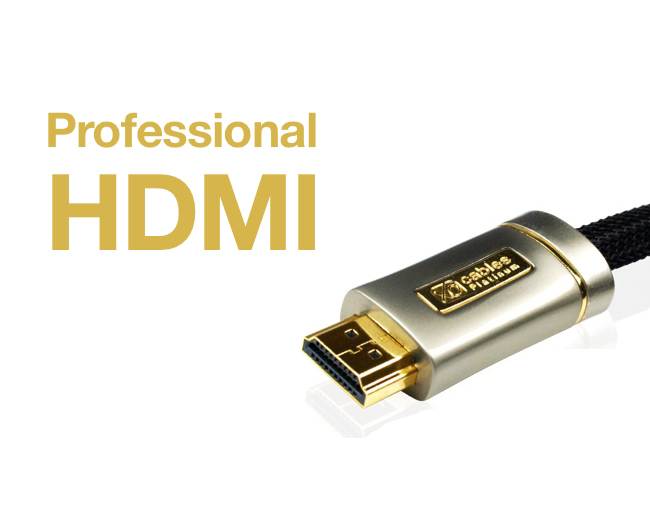 SDI has ruled the professional video space for over 25 years, largely because it provided auto triggering and timecode (TC) communication between cameras and external devices.

In recent times, however, there has been a prevalence of HDMI in consumer electronics and DSLRs created by Canon’s 5D Mark II/III, Nikon’s D800 and followed more recently by Sony and Panasonic’s 4K mirrorless cameras has made HDMI a common connection for video equipment. Until now, it was largely used by hobbyists where professionals preferred the advantages of SDI which has always been missing from HDMI.

Atomos, began implementing auto start/stop trigger and TC over HDMI in 2011 for the Sony FS100, followed up with Canon in 2013, for the 5D Mark III, 1DC and C100. Currently almost all professional Sony and Canon HDMI Cameras including the A7S employ this protocol.

Now the company aims to make Professional HDMI the standard, with which video content creators use, not only to connect devices, but to also automatically trigger functions on external devices from the camera itself, just as they have for years with SDI. Atomos is providing its Pro HDMI protocol as an open, free and available standard, in the hope this transition will happen quickly and easily (the protocol is available for free here).

“We are very proud to be defining a new standard in such an established market place. We love HDMI, but as it gets more popular on the camera side we need to help make it work in the pro world.” said Jeromy Young, CEO and Founder of Atomos, “Historically this has only been achieved in the tech industry by creating an open standard… which is what we’ve done”

“Initially we developed these cables purely to support the Ninja Star, our lightweight, pocket size ProRes recorder”, said Jeromy Young, “but after consulting with our user base we soon discovered no one had yet developed a complete range of HDMI cables purely for ProVideo users in our space”

Available from August 15th the range of HDMI cables includes a right angled HDMI micro to micro/mini and full coiled cables in lengths of 30cm (45cm extended). HDMI mini to full and full HDMI to full HDMI connections in lengths of 30cm to 50cms (65cms extended). Prices range from AU$19.95 to AU$29.95, for the full list of options sees www.atomos.com