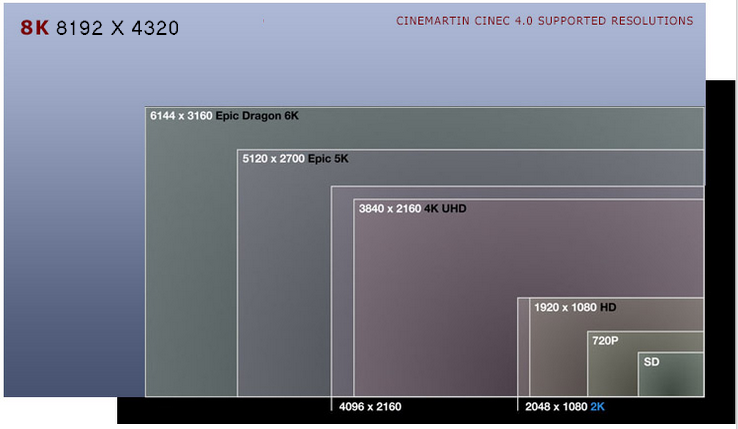 Cinemartin has released the next generation of its popular Windows video converter, Cinec 4.0, bringing with it the ability to convert/encode and scale videos to 8K.

The latest version also includes Google’s new VP9 codec, along with support for most video inputs, including Cineform, ACVHD, XAVC, XAVC­S, MXF, MOV, MTS, CinemaDNG, DPX and RED r3d (up to Red Epic Misterium). You can also now set a constant or variable bitrate to your conversions/encoding.

Also included is a new Up-Scaler and Down-Converter, allowing users to convert videos to almost any resolution, from SD to 8K. Although, we’re not sure why anyone would want to do that kind of crazy up-scaling. Nevertheless it’s still handy to have the option.

The company has said its latest release is up to 40% faster than previous versions, with Main and Main 10 Profile specifications of HEVC H265 integrated.

Selecting and importing LUTs into Cinec.

Sadly, Cinec doesn’t support Macintosh computers. We know, we wish it did too.