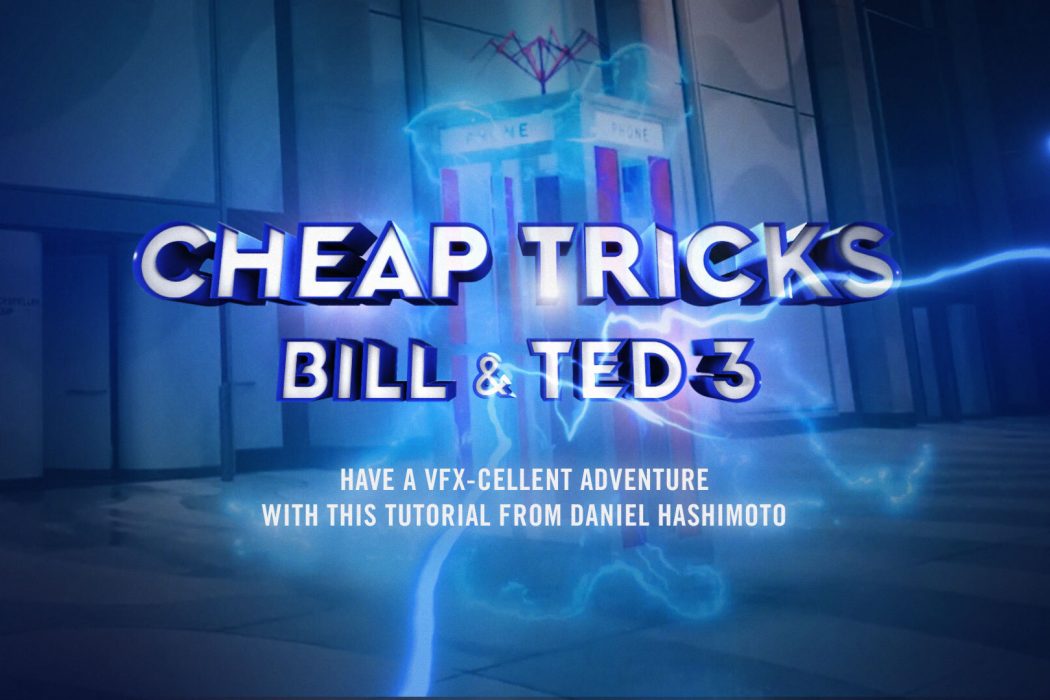 In this Red Giant tutorial, Dan “Hashi” Hashimoto, the Action Movie Dad, travels the circuits of time to show viewers how to recreate Bill and Ted’s iconic time traveling phone booth in Cinema 4D and construct stunning VFX and compositing in Adobe After Effects with tools from Red Giant’s VFX, Trapcode and Magic Bullet Suites.

Hashi takes viewers on a step-by-step process of his visual effects starting with the creation of the customised phonebooth and egg-shaped time pod in Cinema 4D. In order to create the animation for the phone booth, Hashi pulled in a 3D model from Sketchfab and created the time pod from scratch in Cinema 4D. Further into the tutorial, Hashi shows how he developed the effects around the phonebooth traveling through time with Trapcode Particular, VFX Supercomp, Magic Bullet Renoiser and other tools. Concluding the episode, Hashi demonstrates how to create a VR environment to use as a reflection map utilising Trapcode Particular.

VFX Supercomp: Supercomp is a compositing environment that makes it easy to create complex, seamless composites. In Supercomp, light and atmospheric effects interact with all layers and elements of a scene in a far more natural way, and with far less pre-composing in After Effects than ever before.

VFX Reflection: This tool makes it easy to add a reflection to layers and with controls for softness, distance fade, length and more, this effect goes far beyond the standard methods for creating reflections.

Trapcode Tao: Generate 3D geometries along a path in After Effects.

Trapcode Horizon: A plugin for After Effects, Trapcode Horizon allows for use of 360 degree image maps or creation of multi-color gradients as an infinite background for 3D compositions.