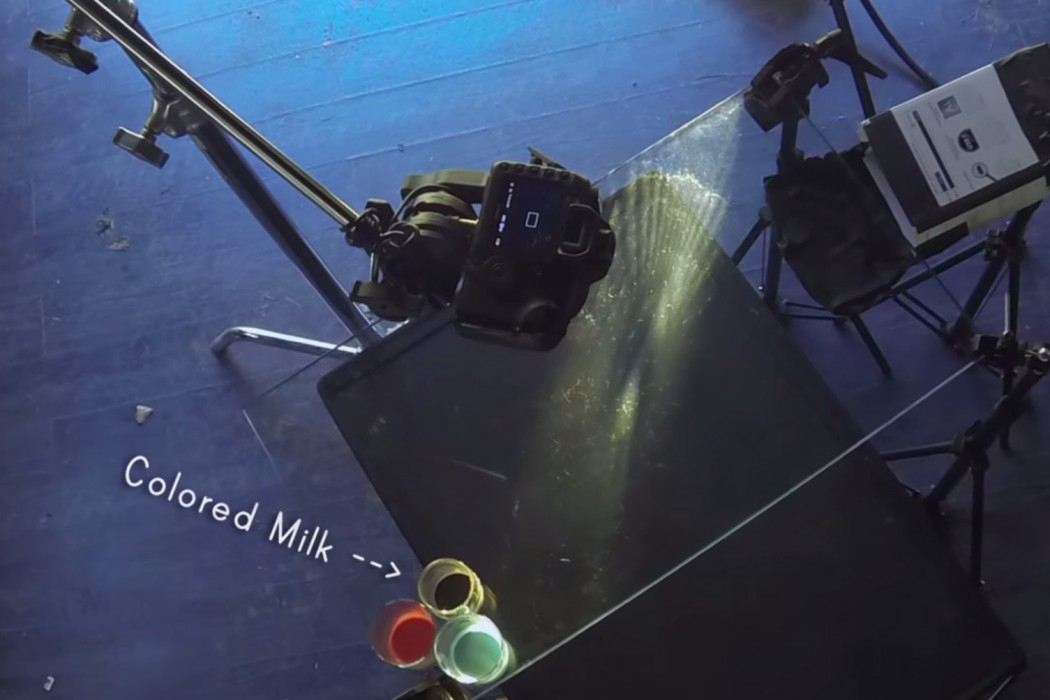 Many filmmakers who work in post will already have a library of effects and alpha footage. There are plenty of free online alpha stock footage you can download and use already (check our Free Stuff page). There’s also a number of packs you can buy such as Video Copilot’s Action Essentials 2, that have lots of bullets, blood and fire alpha footage you can use in your film.

But if you want original effects then you’ll need to record it yourself. Which is pretty simple to do.

Place your objects in front of the black screen and light it you would a green screen (with little spill).

Joey Shanks from Shanks FX, has just put up a great behind-the-scenes video on Youtube showing how you can make your own custom VFX/alpha footage. You can check out Joey’s other great FX how-to vids here.

So, you’ve gotten together your black screen and made yourself some awesome alpha footage, but how do you make the black behind it actually alpha (see-through)?

Well, one way you can do it is by masking, which basically means you’re cutting (rotoscoping) out the black, by taking it into Adobe Photoshop and using the magnetic tool to remove unwanted footage. Or using the rotobrush in After Effects in much the same way, but this is a timely way of doing things and will likely drive you crazy.

A simple way is to use After Effects ‘Shift Channels’ tool or by using the ‘Set Channel’ tool depending on your footage.

So in the pic below, I have some free footage from cute-stock of a beach scene, I’d like to use the smoke file (also from cute-stock) as rolling clouds for my blue sky. 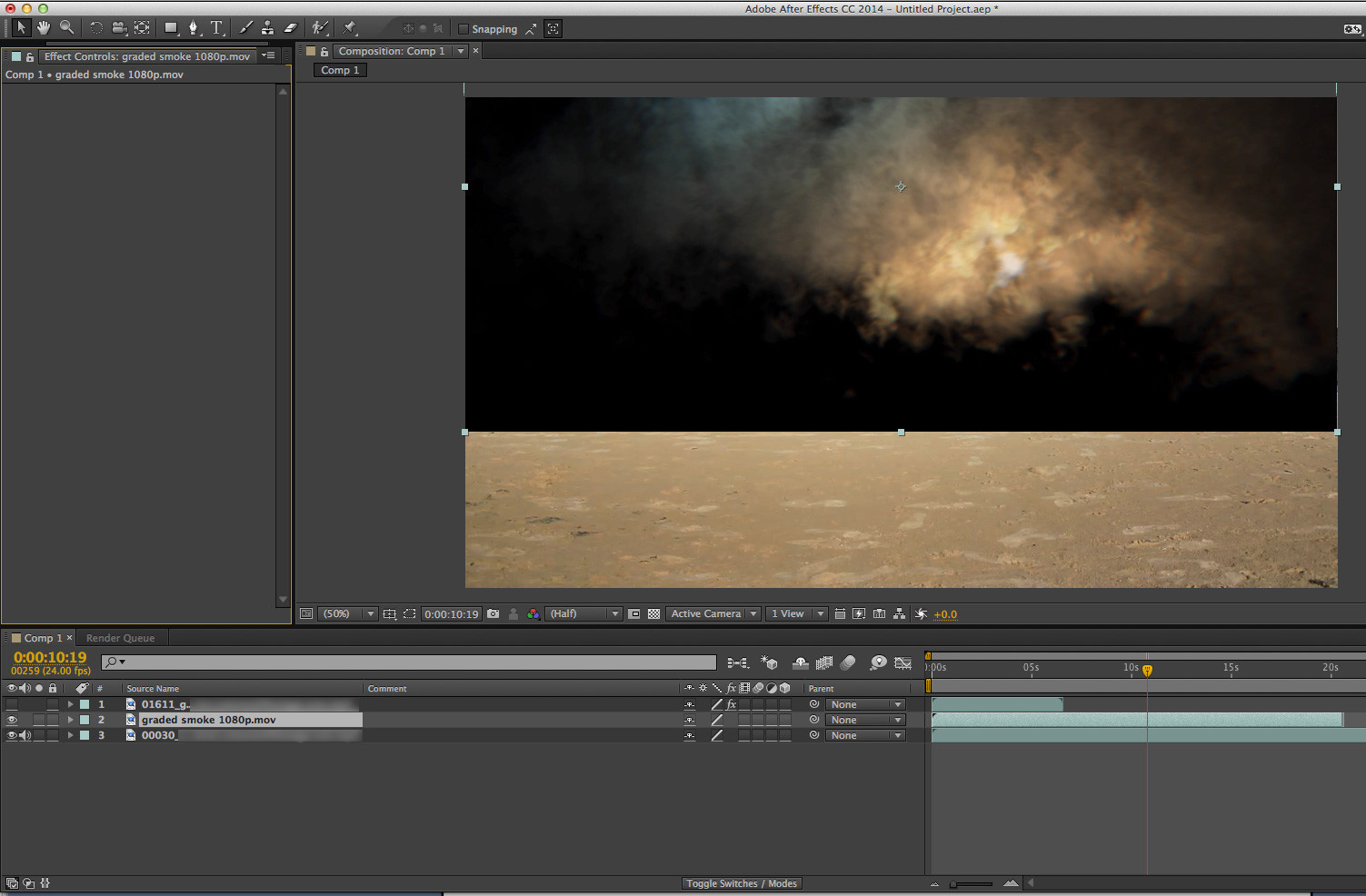 I’ve used the ‘Set Matte’ effect found in the ‘Channels’ section of my effects tab and chosen ‘Luminance’ as my ‘Use for Matte’. But the smoke looks a little yellow and odd, it doesn’t look very much like clouds. 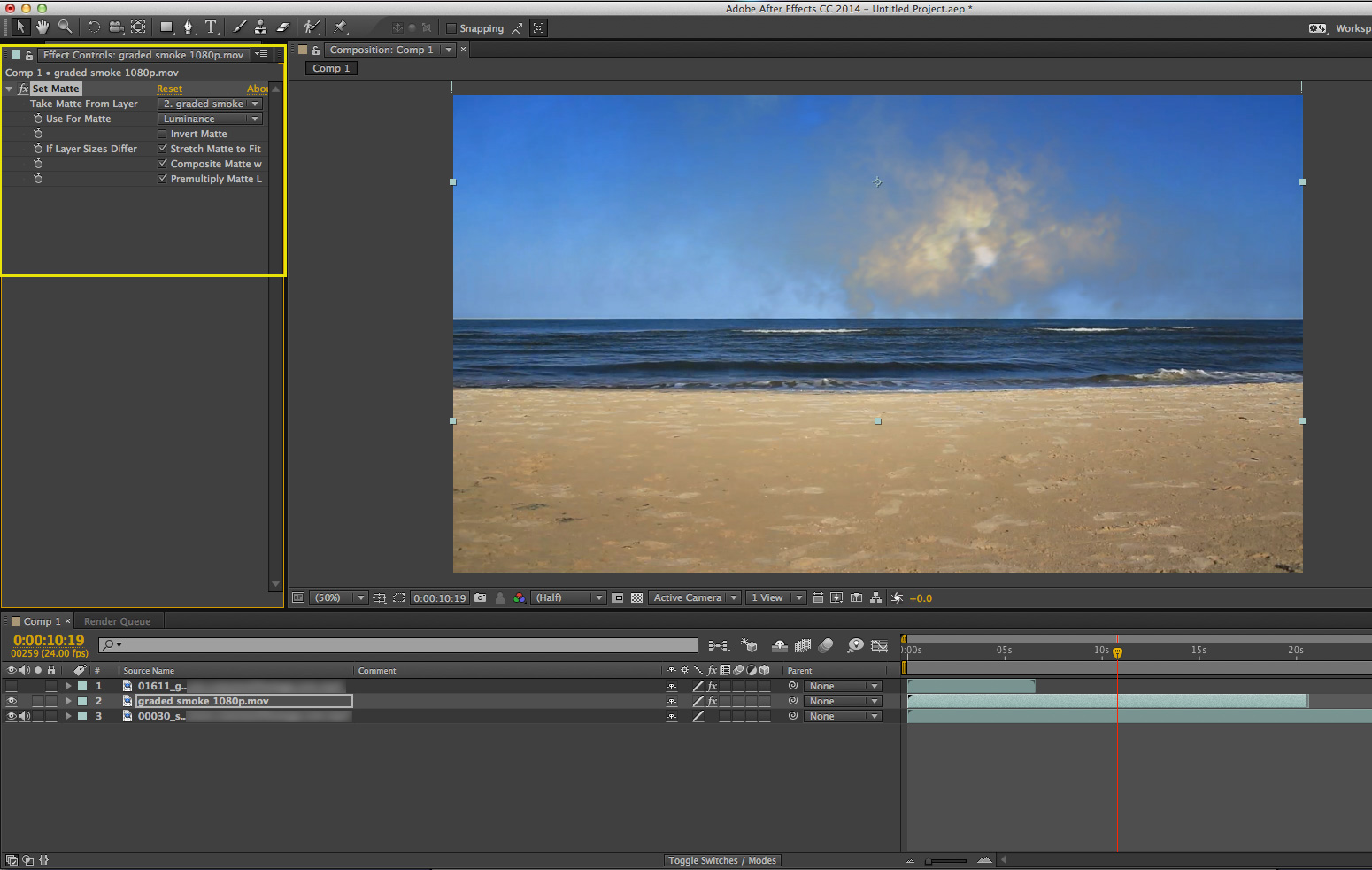 So I added some ‘Curves’ from the ‘Colour Correction’ folder in the effects tab, so remove the yellow and brighten the smoke up. 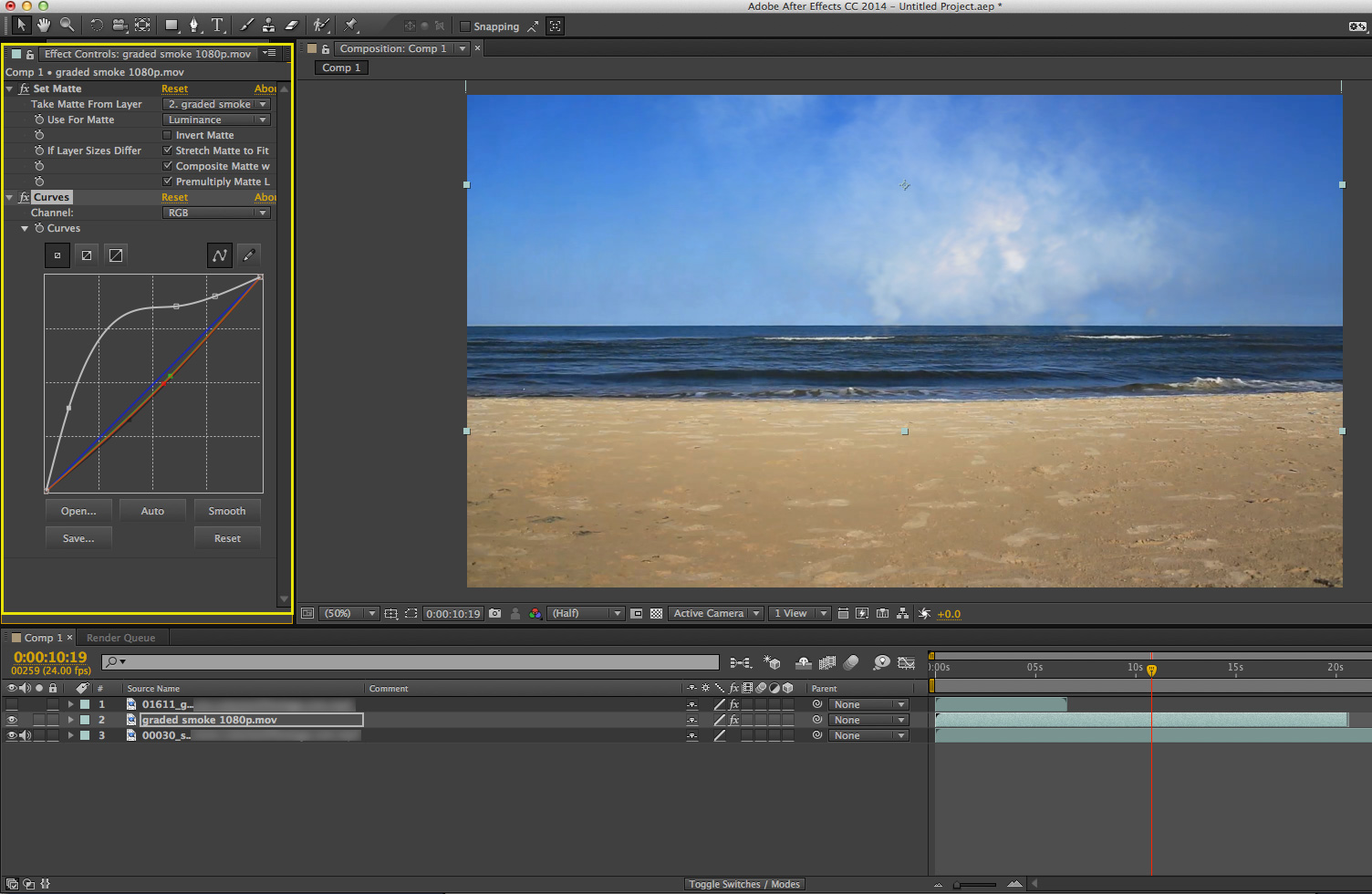 In this case, as a very simple example using the ‘Set Matte’ tool has worked well. However, it may not work as well on other footage, so there are a number of ways to remove the black.

Red Giant have a free Knoll Unmult plugin that will simply and effectively remove the black from your footage making it alpha.

Another way is explained below by Vinhson Nguyen, who has made a simple tutorial video using the ‘Shift Channel’s tool for removing black or white from your newly shot VFX.

As you can see there are many ways and this article is in no way a definitive guide. But it is worth playing with until you’ve perfected it for yourself.

We’d love to see some of your DIY effects and Alpha footage, so post a link in the comments below. Or if you know another effective way to remove the background then please comment below.

Blackmagic Design has released yet another update to its film colourisation and grading software, DaVinci Resolve, adding support for the ALEXA 65, Panasonic V35,…