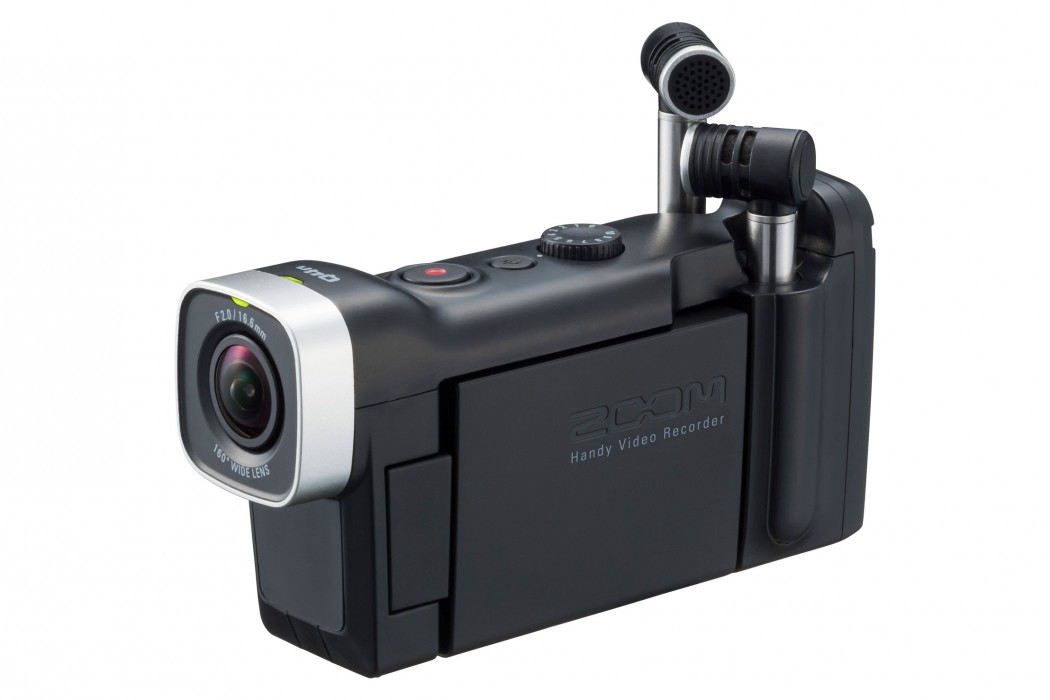 Zoom has just launched an updated version of its popular compact video camera the Q4 and the new handy cam – the Q4N – comes with a lot more than just an extra letter.

It has a 160º wide-angle lens with 5X zoom and an improved apeture of F2.0. With ‘Scene’ lighting presets such as ‘Concert Lighting’, ‘Concert Low-Light’, as well as presets tailored for recording in jazz clubs, rehearsal spaces and outdoors in broad daylight. 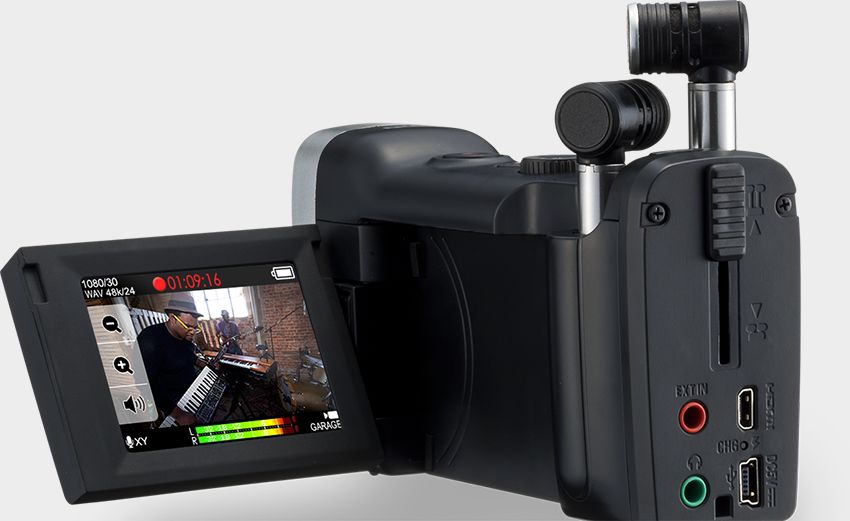 Setting the Q4N apart from other action cameras in its price range, is a pair of pop-up condenser microphones which are capable of A/B (for wide stereo recording at events.) or X/Y (for straight in front/centered recording) configurations.

The microphones can record stereo audio up to 24-bit / 96 kHz WAV, with 140 dB SPL (sound pressure levels). It also sports a 1/8″ stereo input jack with plug-in power for external microphones, a headphone/monitor output, a built-in speaker and a HDMI output for monitoring or external recorders.

Other features include one-button recording, automatic microphone gain adjustment, lo-cut filter and a rotating flip-out full colour touchscreen LCD with on-sceen level meters. It is powered by a rechargable Li-ion battery and is capable of up to three hours of continual recording.

Once its released, it will ship with a 3-prong action camera mount adapter, a microphone windscreen, and a lens hood. Optional accessories include the GHM-1 Guitar Headstock mount and the MSM-1 mic stand mount (both pictured below).

The Zoom Q4N was just released in Japan with a RRP before tax of ¥30,000 (Yen), we can expect it to be released worldwide sometime in the new year. 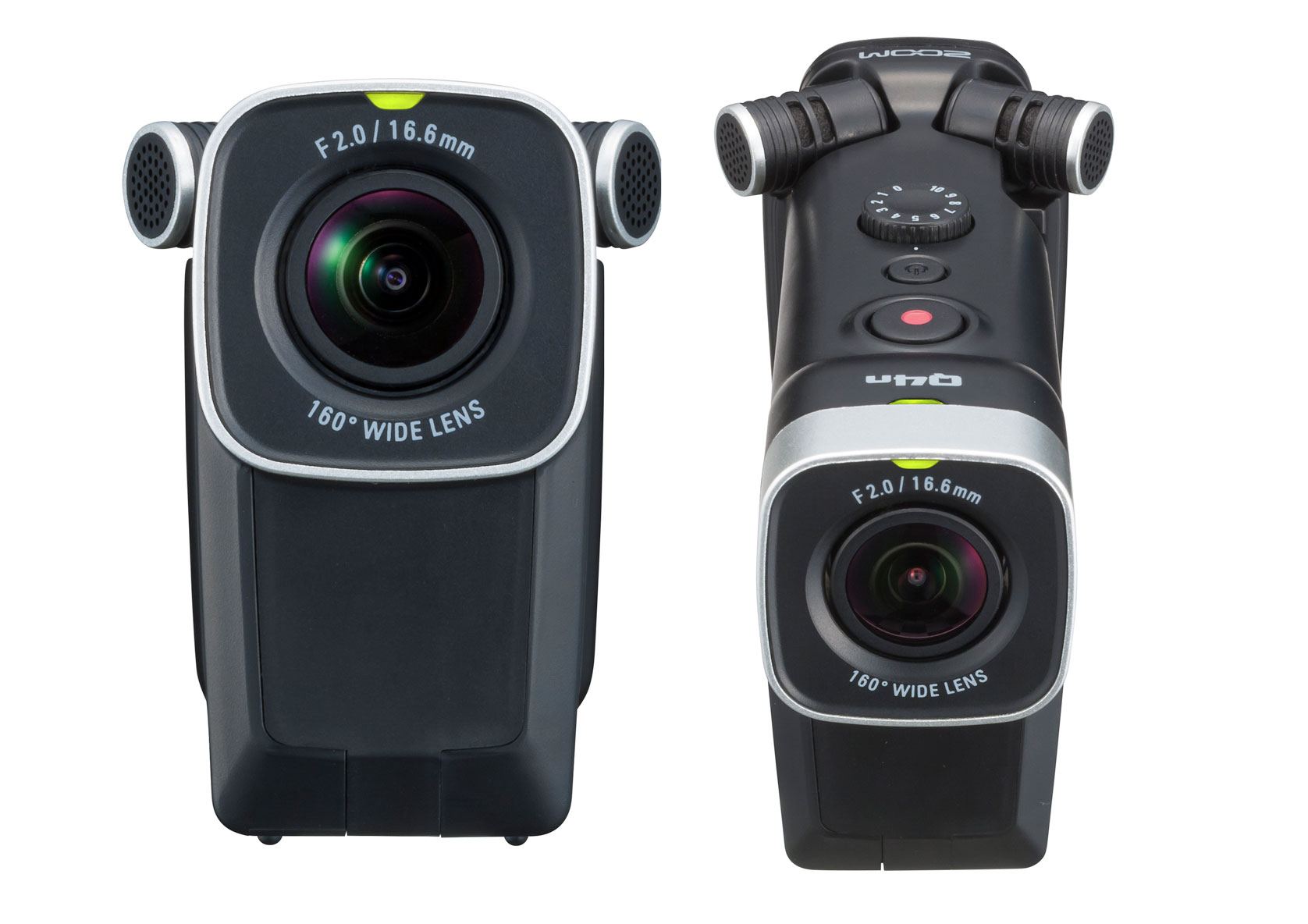