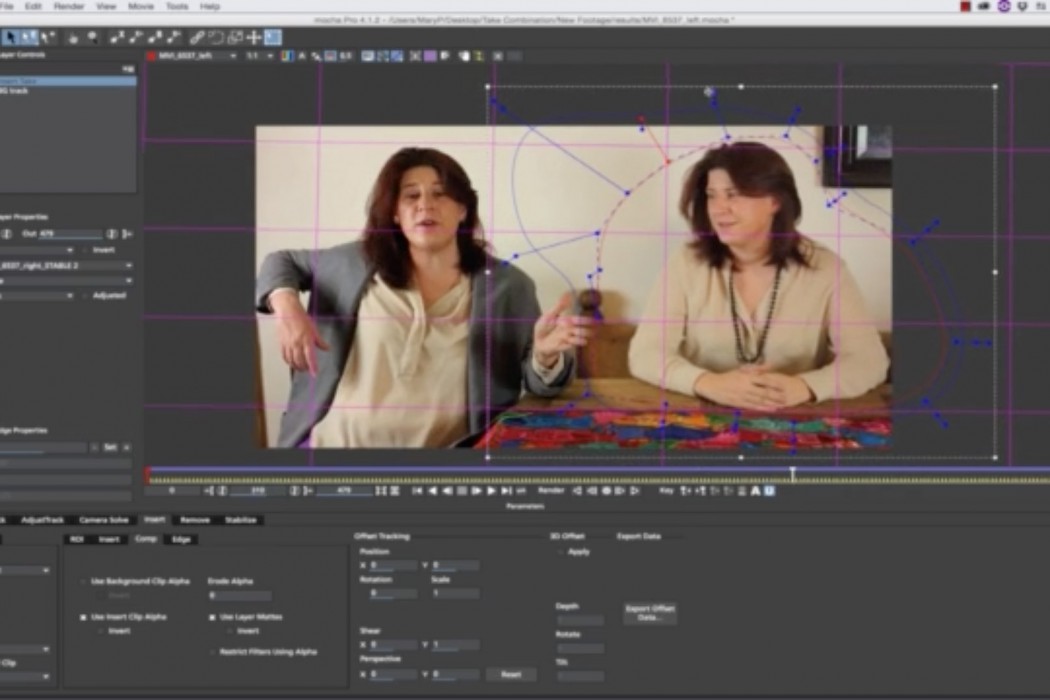 For those of you who currently hold Adobe Creative Cloud subscriptions, this tutorial makes use of the bundled Mocha AE to create a seamless edge when combining two takes as one.

Mocha was once a stand alone program used for planar tracking, roto & mask creation, and a number of other features. Mocha Pro is still available as a stand-alone (here) but Creative Cloud has a version of the program bundled, which is launched through AE.

The below video tutorial is recommended for ‘advanced users’, but give it a try none the less.

In the video Mary Poplin, shows how to create a seamless take composite from two hand held shots. Think Lindsey Lohan in The Parent Trap, twins appearing on screen at the same time.  Or to seam together for one long take, from multiple takes, i.e the beginning of Joss Whedon’s Serenity, or the recent film Birdman, which looked like it was one very long continuous take.

Give it a go and let us know how it worked out for your project by commenting below.