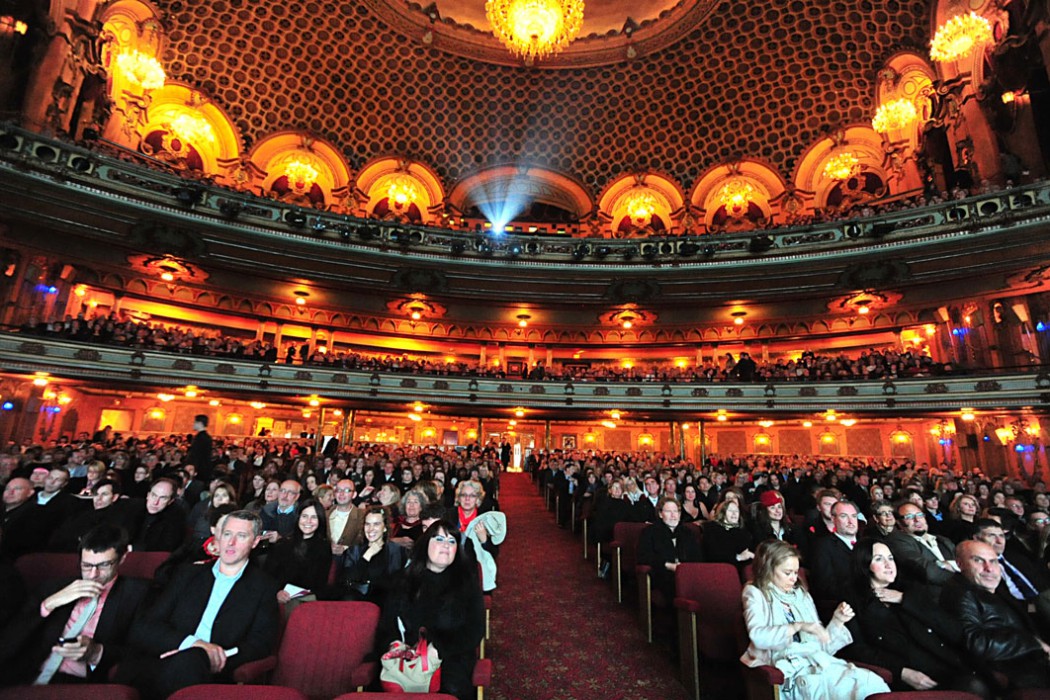 Sundance Film Festival just announced their 2015 program a couple of days ago, and the likelihood is that if you submitted a movie, you didn’t get in.
Congratulations. You’re a reject.

There are many like you, but no two film rejects are the same. I know it might not feel like it, but the sensation of your heart sinking into your stomach is only temporary. And yes, the swirling thoughts of just what you could have spent that entry fee on, they will fade. In the end, you’ll be left with nothing more than faint feelings of not being worthy and a more long term sense of what-the-fuck-now? But you’ll find solutions, you’ll have answers. You’re a filmmaker, you’re resourceful. Yes – everything will be just fine in the end.

Of course, anybody who has been on the film festival circuit for any length of time will come to realize that being knocked back is actually the norm, and even the most successful filmmaker has more rejections than acceptances to their name. And whilst festivals are a complicated beast these days (I put my thoughts down on the validity of film festivals over on Project Bootleg a while back), dealing with the rejection doesn’t have to be. 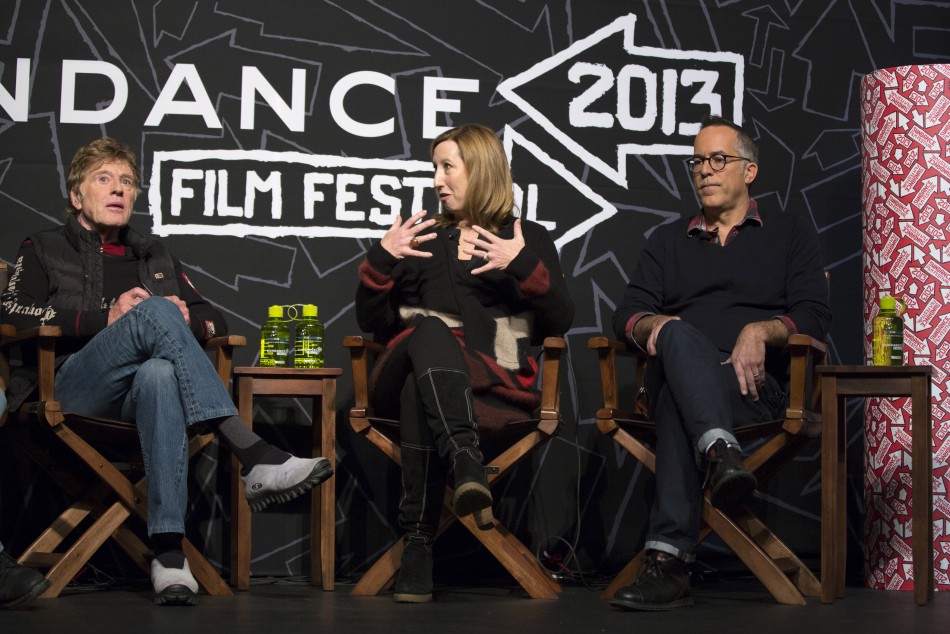 Director and cast member Cherien Dabis poses at the premiere of “May in the Summer” during the opening night of the Sundance Film Festival in Park City, Utah January 17, 2013 (image: REUTERS/Mario Anzuoni).

Here are three things that you should not do as you come to terms with your newly gilded Film Festival Reject status:

I don’t know where the term ass-hat came from, but don’t be one. It’s tempting I know, especially when you see that email from the film festival, blinking at you in your inbox. You get a little possibility-drunk and are halfway to updating your Facebook status with the giddy news before you even open it.

Oh. The news is not what you wanted to hear.Great. Fuck you very much, right?

I used to run a film festival, and I would both have to write those ‘Unfortunately, we can only take a certain number of movies’ emails, and also be on the receiving end of the ‘screw you’ responses. Neither felt good to be honest. But if you actually want feedback on why your film wasn’t included in that year’s programming, keep it respectful.

And of course, good luck with getting that response by the way – you might not like what you hear.

The truth is wide and varied on just why your film didn’t make the final cut. The reasons will be greater than the quality of your film.

Everything from the number of films submitted (always a record year, right?), down to half the slots being filled by ‘names’ (Noah Baumbach and Joe Swanberg debuting their new movies at this year’s Sundance) will play a part.

And even if the truth you’re not going to Park City is because your movie had a shitty sound mix, bad acting and a copy-and-paste storyline, do you really want to hear about it? Especially from the people who just cut their ties with you via the same rejection email you’re now clicking ‘Reply’ to.

Personally, I have tried to offer feedback in the past, and it can be akin to opening a can of worms and then swallowing the contents. It sucks rooting through the mess of somebody else’s movie with them. Especially when you’ve got severe time constraints and you’re trying your hardest to not upset them (even though it’s inevitable.)

You see, when you have hundreds of movies to reach out to, it can be really, really difficult to make the time for a back-and-forth email chain. And that’s only amplified if the filmmaker won’t take no for an answer. 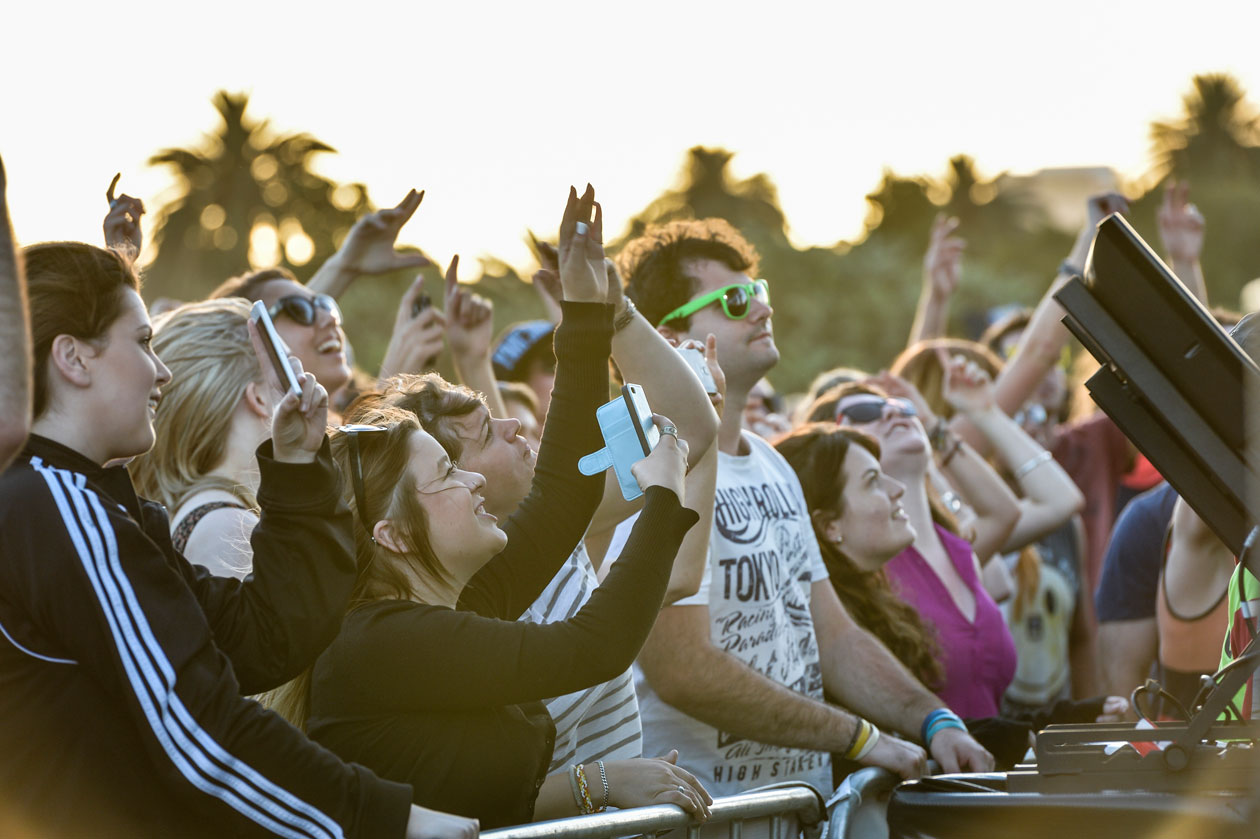 Here’s a little inside, totally non-scientific number for you; about 20% of movies that we received every year were considered good. 5% great. 1% exceptional. 30% dreadful, and the remaining 44% – just average.

The truth is, if you’re great or exceptional, you’re probably already in. And that’s if there was space left over from all the opaque invites and insider hook-ups. So by reaching out with a tactless ‘you’re all assholes’ email, thinly veiled as a ‘looking for feedback’ response, you’re making it weird for everybody. And in fact, sometimes it’s better to consider that your film could have been in the good pile and not the average – or worse – dreadful pile.

Unless you’re a masochist of course, in which case, reach out for the feedback and hope you didn’t get somebody who’s stressed, tired and already has an inbox full from filmmakers wanting to know every detail about the festival to the Nth degree.

I am, of course, being a little facetious here – many festivals do offer feedback as best they can, and I know a majority of filmmakers are rock stars with amazingly gracious manners. But my main point is to the snarky filmmakers who send the emails that highlight all the film festivals that did take their film (or even worse, their earlier works), and don’t realize they’re burning their bridges. And whilst I know it’s often an out-of-character, knee-jerk reaction, you can’t be sure that the film festival will see it that way.

So many times over the years, I’d get these emails from filmmakers signing off in that ‘I’m fine, I’m not fine’ tone, I’d just throw my hands up in despair. They would go to great lengths to remind you that you’ve made a huge mistake, and that your festival will suffer for it. Again, that’s an ass-hat move.

Don’t be that person. Why? Because film festivals always remember, and even if you make a masterpiece and send it in two years on, you and your movie will be given a wide, wide berth.

Instead, put the keyboard down, chalk it up to a loss, curse out the festival under your breath for as long as you need, just don’t send that email. 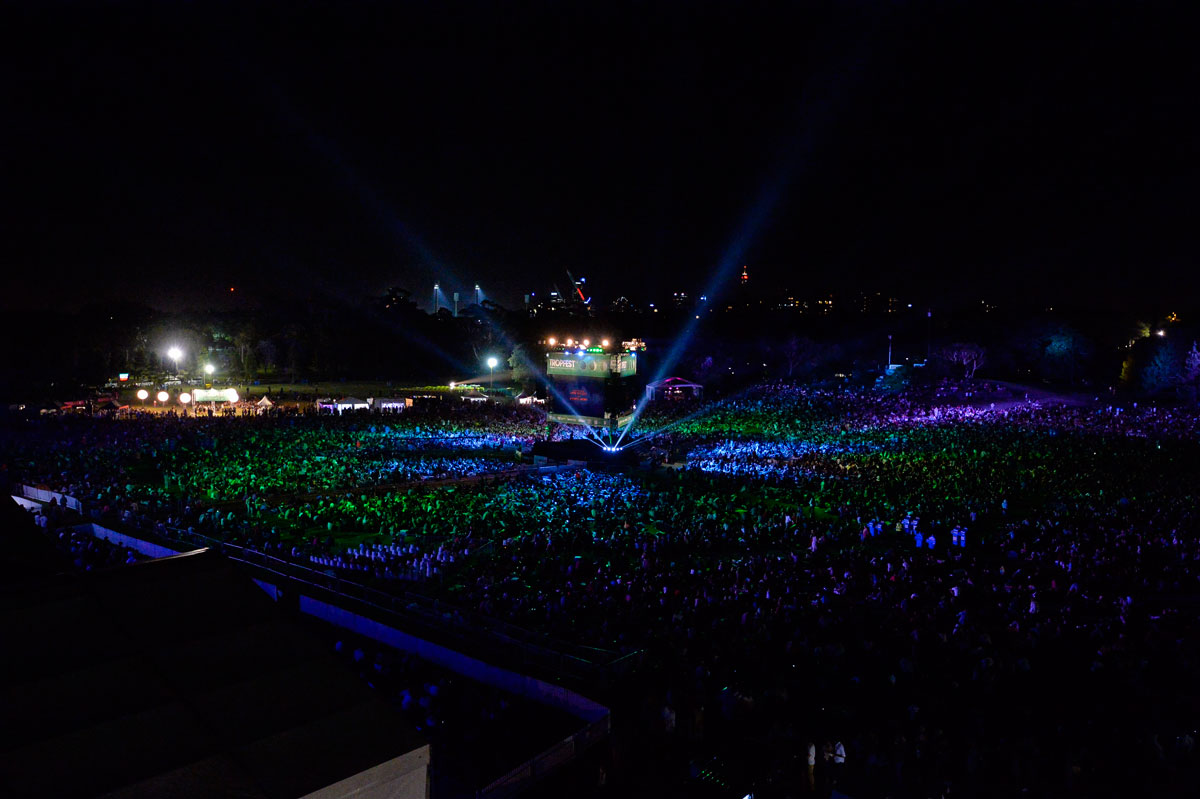 2. Don’t go on a submission rampage, sending it to every festival possible.

I’ve done this. It was pointless. And expensive. And only led to more rejections.

You never fix the angst and pain of festival knockbacks (or indeed, any rejection) by dealing with it in a scatter-gun approach.

You might see that there are a dozen or so film festivals out there that you hadn’t submitted to since you started to play the waiting game, but don’t rush in. Yes, some of them might well be the perfect fit for your film, but not all of them. So an emotional ‘I’ll show them’ Withoutabox-attack won’t fix the hit you just took. Instead, research.

The amount of times I’ve heard of filmmakers sending a clearly not LGBT film to an LGBT festival, all because they went on a rage-blind submission-session is humorous. Or rather it would be if they hadn’t spent their hard earned money on it. Instead, a little patience, calm and consideration to just how much you can actually budget will go a long, long way to making sure your film is a success on the festival circuit. And of course, even reaching out to the festivals before you submit, looking for a little advice and getting a feel for the who and the what – that can go a long way.

And you know, you might only make it into one film festival. That’s certainly been the case on a few of my own films before. But it’s always better that you get one great screening, led by a supportive team, than a dozen awkward showings. Besides, having to keep a poker-face as you pretend this is your debut film (when it’s actually your fourth), all because you didn’t read the submission details is just going to get weird. 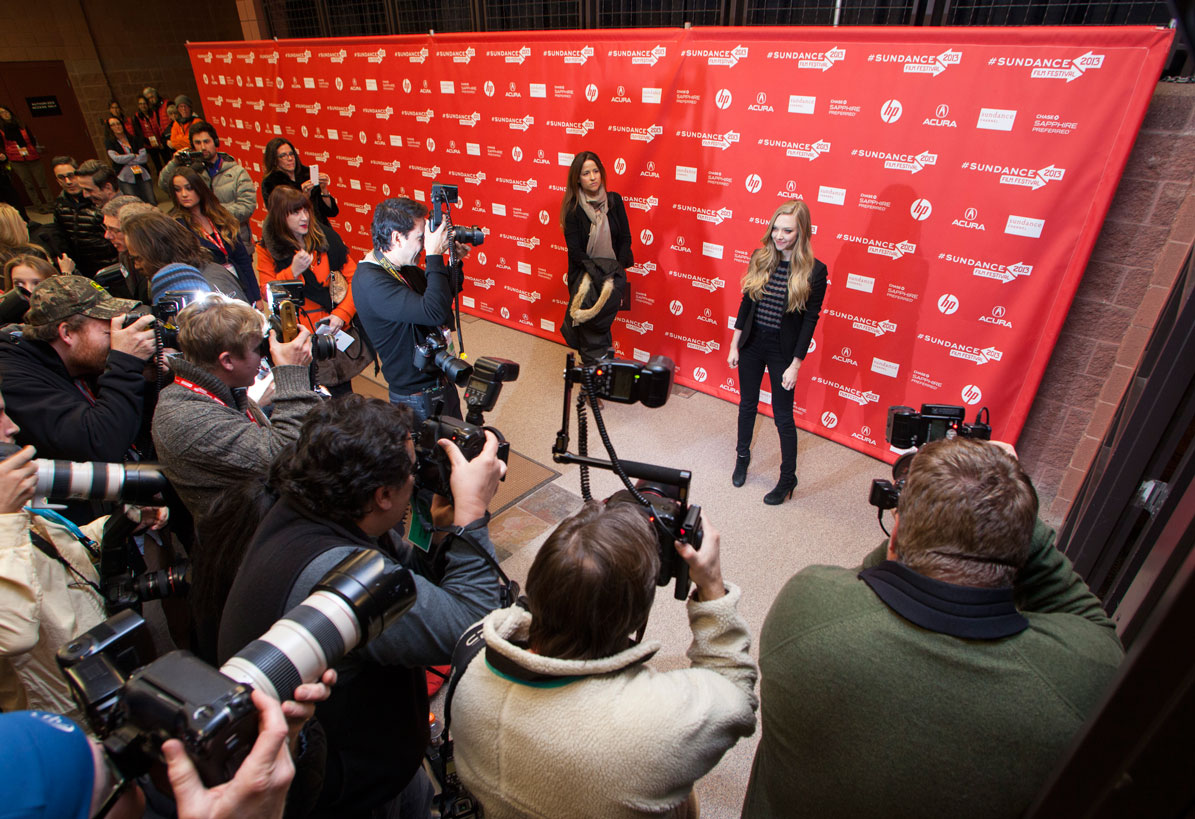 Photographers take photos of cast member Amanda Seyfried as she poses at the premiere of “Lovelace” at the Eccles Theatre during the 2013 Sundance Film Festival on Tuesday, Jan. 22, 2013 in Park City, Utah. (image: Danny Moloshok/Invision/AP)

This has to be the biggest (and stupidest) thing that I’ve heard filmmakers do after a rejection – opening up Final Cut or Avid and hacking the film into a pulpy, unrecognizable mess.

Reworking the narrative, stripping out the score or reshooting whole segments – all in the hope that they’re going to get it right – is exhausting and often futile work. And the chances are it won’t make any difference down the road.

I’ve heard this quote attributed to several names, but whoever said ‘You don’t finish a film, you abandon it,’ well, they were telling the truth.

Whatever reason your film didn’t make it in, by pulling it all apart again, you’re probably discovering a whole new level of emotional dearth. It might at first feel like an inspired move, but trust me, it’s just the rejection talking. Your film is what it is, just accept it.

Sure, you might make your movie better, but the chances are, by this point, it was as good as it was ever going to be with the resources and experience you had. Now, all the dragging of slugs and fresh grading of the images is not going to fix something that was probably fundamentally wrong with it in the first place.

Whether that’s story, acting, whatever, the time and energy you’ll put into trying to fix those small things will never cover up for the glaring problems with the film. Sometimes, as hard as it is to swallow, you just need to move on from the film. Or at the very least, wait until you’ve had all your festival responses before you split it open for major reconstructive surgery.

So however rejection reaches you during your festival run, remember these three key things. And obviously, I hope you get enough selections to offset the the knockbacks.

After all, what do they know?

This article was reproduced with kind permission from Cinema Zero.

Cinema Zero is a curated online screening platform, bringing attention to the world’s finest independent films as they navigate the ​uncertain period between festival screenings and eventual distribution. The platform is a non-profit ​venture from New York City based​ production company​ Project Bootleg – formerly the foundation of the Bootleg Film Festival, which was fundamental in breaking many new fledgling film careers around the world, Cinema Zero continues this spiritual legacy. In addition to hosting the films, the website is free of advertisements and provides raw data to the filmmakers, which shows the number of views and just where their film was most popular – information which can prove invaluable when presenting to potential distributors.

For more information, or to submit your film for screening, check the Cinema Zero website: www.cinema-zero.com

Sigma Corporation of America, a leading still photo and cinema lens, camera, flash and accessory manufacturer, has announced the pricing and availability of the…