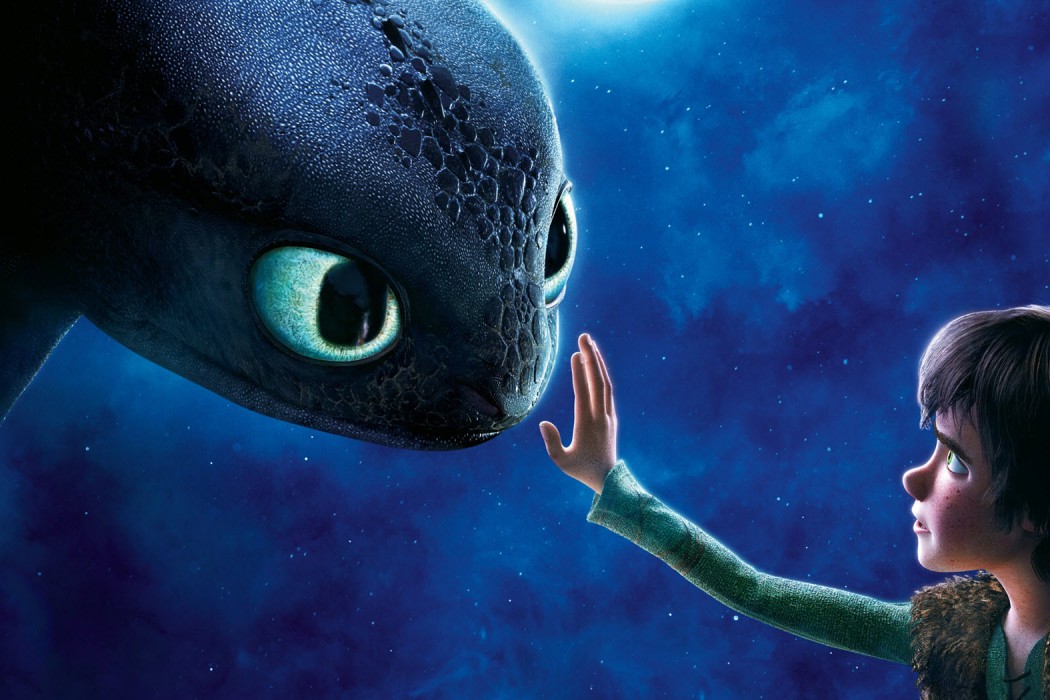 For the uninitiated, Visual Effects can be a terrifying minefield of tricky maths and superfast computers. But if you can grasp the basic principles, things start becoming a lot more achievable. When I got the chance to sit down with Doug Cooper, VFX Supervisor at DreamWorks and one of the top VFX experts in the world, I relished the chance to get to the bottom of a few nagging questions. 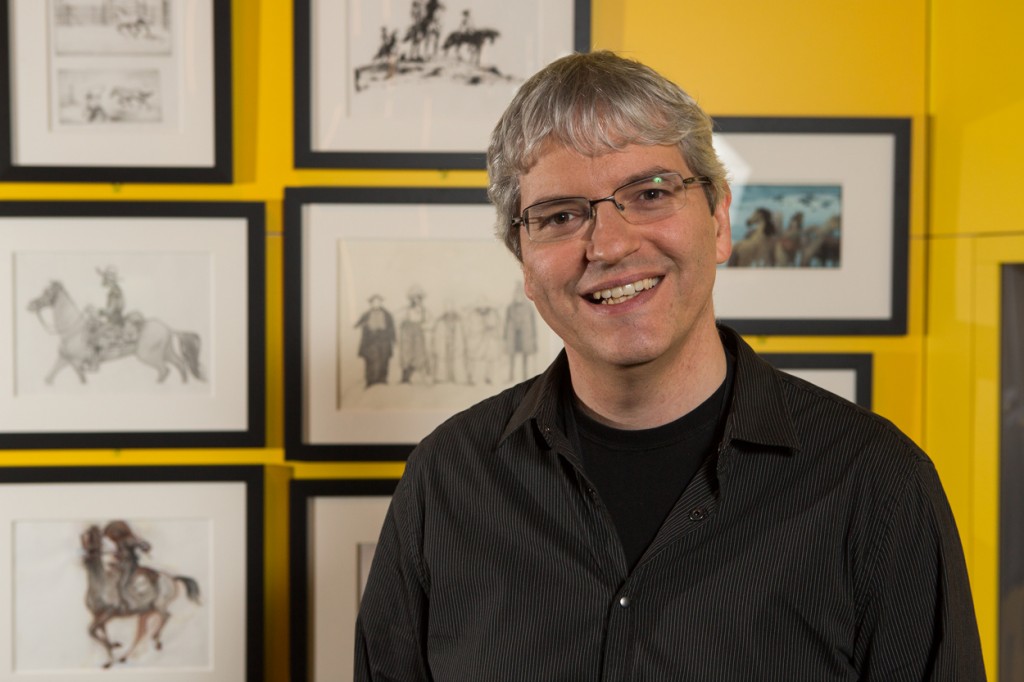 Paddy: Doug, what is a VFX supervisor?

Doug: Well, there’s VFX Supervision in an animated film, and there’s VFX in a live action film. In live action, it’s the stuff they didn’t shoot in principle photography. In animation though, there is no principle photography – so everything is a visual effect! I’m responsible for figuring out how we get everything we want to create onto the screen. The director is responsible for the story and the character performances. The production designer is responsible for realising the visual design of the film – the characters and the world itself. My job is to work with both of them, to take all those ideas and get them on the screen. To figure out how we can best realise their vision.

P: What sort of team do you work with?

D: I over see the majority of the production departments on the film. So I work with a lot of the production heads, who in turn work with their groups of artists. It sounds like a very hierarchical system, and in one sense it is, but what we never do is go away, work and then come back. We have a very integrated team throughout most of the production. I might be working with the lighting team, and we’re showing that lighting to the director and the other departments all the time. We’re always crossing over; we just have a different emphasis along the way. 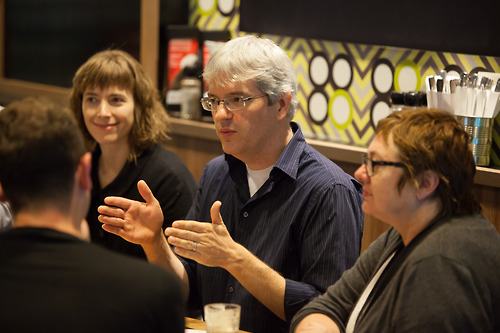 P: Is that what attracted you to the job, that cross-departmental contact?

D: That’s what I love about it the most. It exercises every part of my brain. It’s creative, it’s technical, and it requires a lot of planning. I think what makes me good at what I do is my ability to speak all those languages. To understand the needs of everyone, and why they need things to tell their part of the story.

P: How much has the role changed over the past 10 years?

D: The technology has changed dramatically, and the role has evolved. But then, I’ve evolved, so I’m looking at it through different eyes. I started as an effects animator on Prince of Egypt, and then I became a digital supervisor on Spirit: Stallion of the Cimarron, and VFX supervisor on Shark Tale. In those days we were still building it and figuring it all out, it was all new. But over the years, we’ve refined the process a lot. The tech gets better and the artists get more experienced. And as that has happened, I’ve become more strategically involved, and less in the nuts and bolts.

Dreamworks How to Train your Dragon – artwork by Pierre Olivier Vincent

P: As the tech has gotten much better, is it easier now? Is it cheaper?

D: Hmmm. Well, we’re getting more efficient. We’ve had some enormous animation breakthroughs recently, and we have re-tooled ourselves from the ground up. We can now work with full resolution characters on screen, manipulating them in real time. That’s a leap forward.

P: What about 3D? Does that make things slower again?

D: The first time we did it, it was a lot harder. It cost quite a lot more, and then we got back to normal, and now it’s just a matter of course. Now we’re very familiar with it.

P: What’s your role with the DreamWorks Exhibition?

D: My job has been focussed on the interactive components, the major media set pieces, so I’ve been working with Chris Harris here and a software developer called Digital Fish to build a series of interactive kiosks that give people a little taste of being inside an animated film studio. We have an effects simulator, a lighting designer, and a face-poser where you can pick a DreamWorks character and manipulate their expressions in real time. Some of the best fun we’ve had has been bringing our kids in to test it all out. Watching them laugh and cackle and really get into it creatively.

The other big thing I’ve been involved with is a huge centrepiece called the Dragon Flight. It’s the first time we’ve worked in this huge panoramic format. It’s a 40-foot diameter. When you walk in the room it completely fills your peripheral vision, and we take you on a flight, riding on the back of toothless, over the island of Burke, as it is animated into life in stage. We’re telling you the story of how we tell the story, in a completely immersive environment. 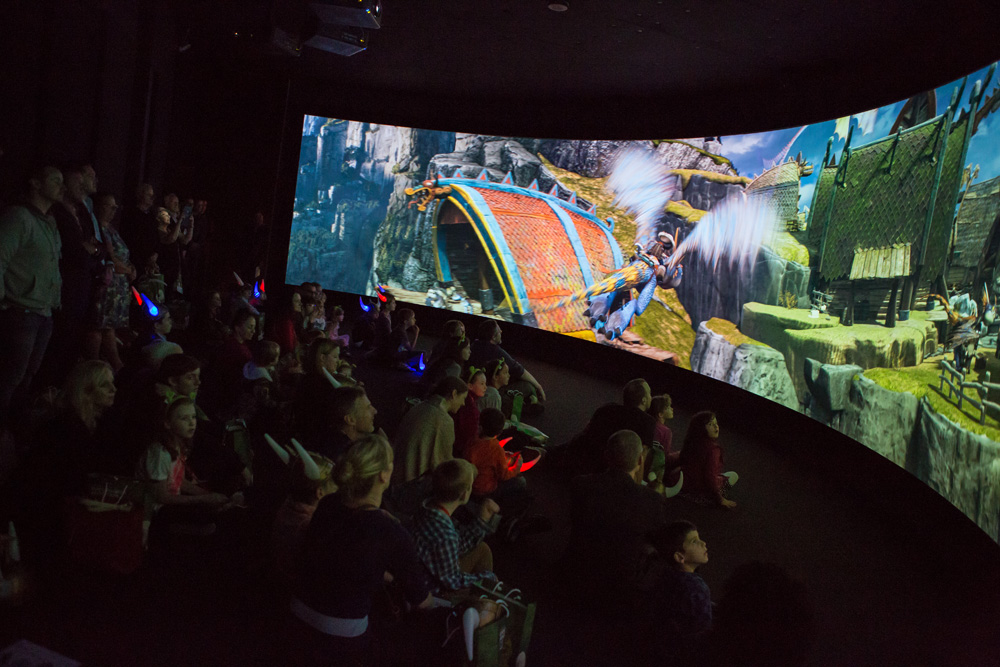 P: Why are water and fire so hard?

D: Effects animation is one of the most fascinating parts of animation development. To create something of that complexity – a natural phenomenon (of which water is the best example) takes incredibly complex mathematical simulations of physics. You can make pretty realistic simulations of these sorts of things, this is known maths, but the problem is that when you’re making a film, realism is not what you’re after. What you’re after is telling a story. So what effects animators use to tell story, using art, by bending the laws of physics. It requires a scientific understanding that can achieve an artistic result.

P: Can you talk a bit about the use of virtual cameras?

D: In fact, we use the cameras in a very live-action way. We think about cinematography in the same way as live actions does. Camera placement, lens choices, focal length. In fact, we have very carefully modelled our virtual camera off a physical 35mm film camera. We do that because there is a language that has already been established in live action film making, that audiences understand. Sometimes we even make camera rigs that are virtually built with the same constraints as a crane or a dolly system in the physical world, so we don’t accidentally do something that a real camera couldn’t. The death of the CG camera movement is the flying camera that has no limitations – you won’t believe you’re there.

P: Do you use real world animal movement as an animal-animating guide?

D: Reference is a huge part of what we do. The artists use a huge amount of reference footage. But then from there, they use their tools to tell the story above and beyond the physical limitations of real characters. They exaggerate the character through their movement. 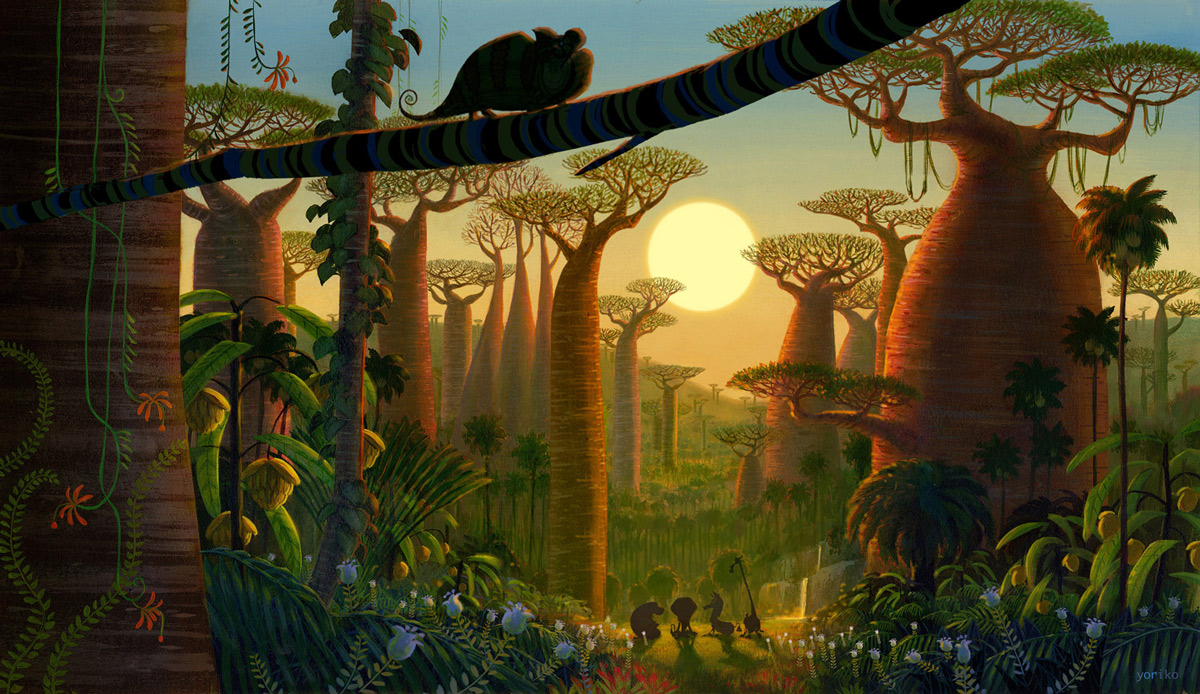 D: I hope more things like this, it’s been such a great project! This is the first thing that I’ve worked on at this scale that isn’t a feature film! Would I want to go back to feature film? Absolutely!

P: Got any tips for young animators?

D: A lot of the time, people don’t realise the difference between the small and the big studios. Most of the time, it comes down to specialisation. I would encourage someone who comes out of study with a general knowledge of animation – working in a small studio early on is a great way to refine and build your skills and get exposure to a lot of different areas. When you get to a big studio like DreamWorks, you discover the artists are specialists. Each of them is the best in the world at that one thing. So making the transition to a larger studio is about finding exactly your specialisation. 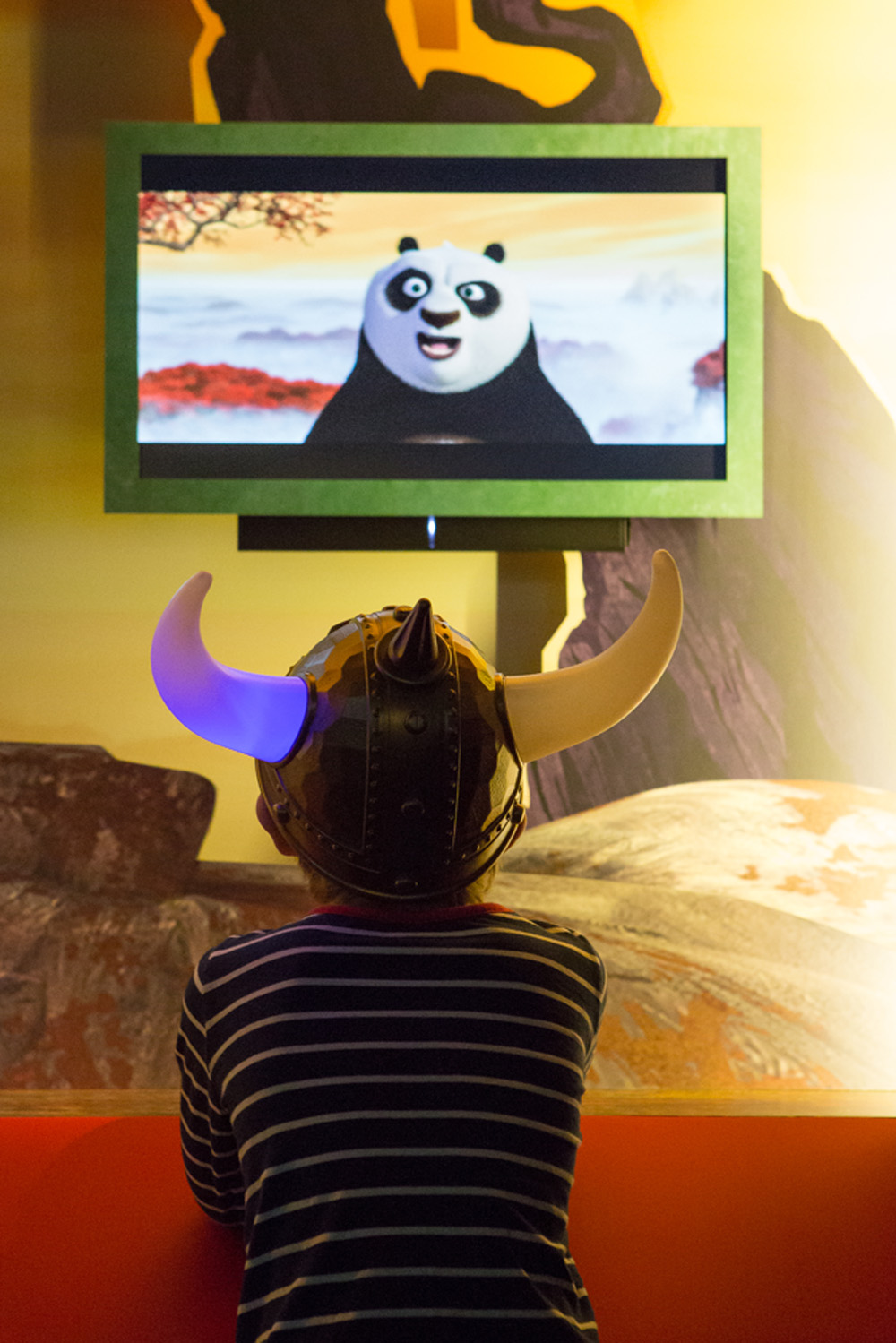 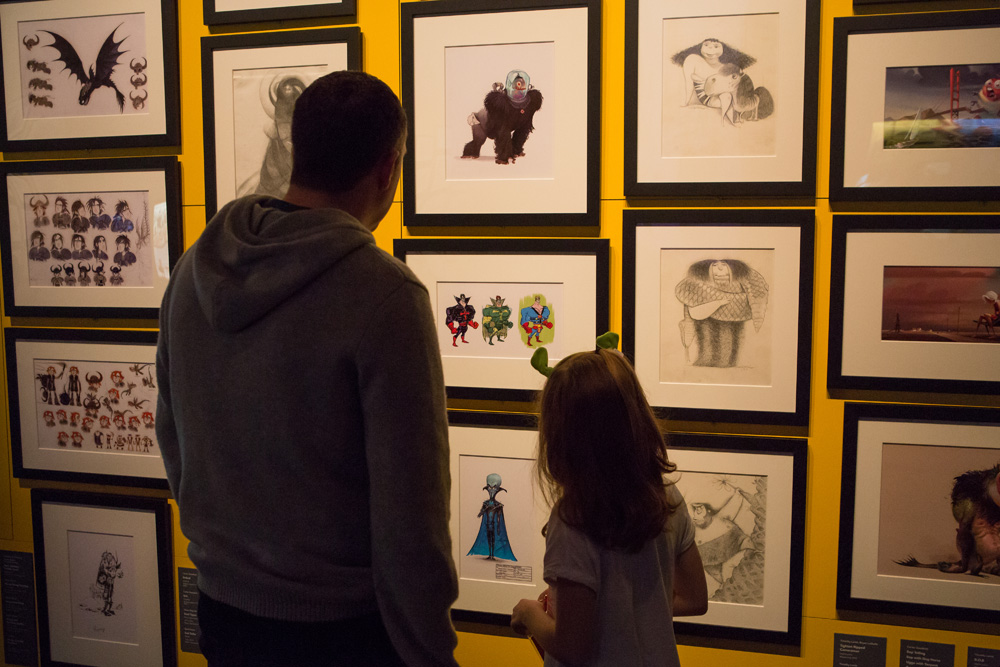 $1.5MIL WORTH OF CAMERAS STOLEN FROM BLACKMAGIC DESIGN

A number of robberies were conducted over the past weekend in Fremont, California where thieves broke into businesses by first cutting network services, security…