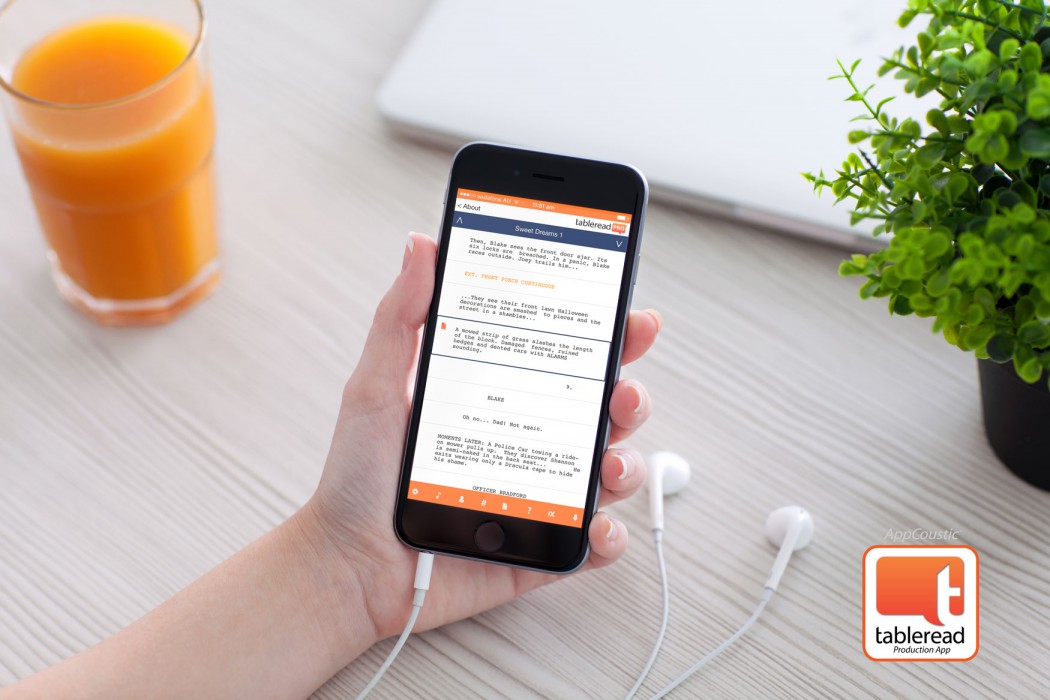 A new filmmaking app, created by Melbourne-based producer Dan Conway, promises to make the process of writing for the screen come alive in a unique way for writers.

The idea for the app – tableread – came about largely due to a career change.

After spending eighteen years working in the industry as a producer, VFX artist and animation director, Conway turned his hand to scriptwriting and immediately recognised the need to be able to ‘hear’ his scripts. In other words, the need to experience the film before it is made, not easily done and usually involves bringing together a number of actors to literally do a tableread of the script.

The process of tablereading a script allows the writer to see nuances or changes that need to be made before the final draft.

Conway explains, “I’m willing to bet that most writers are in my position – writing spec scripts, reading and rewriting over and again, wishing they had a cast of actors to perform a table read of their work. There really is no substitute for hearing how it plays. Sadly, most writers don’t have access to actors that can perform a table read at the drop of a hat, if at all – so I wanted to do something about it.

“I decided to solve this core problem and go further by creating an advanced App that facilitates not only the writing stage but the entire production process.”

The app works by allowing writers (or cast & crew) to import a screenplay directly from a PDF file, into their smartphone, tableread will automatically assign character voices based upon gender and prevalence.

The app has libraries of over 40 unique natural voices, that are customisable and range in ages. It will also assign music from a library of 30+ filmic scores, to add life to the reading. The app is fully custumisable, with a note-taking feature that can be shared with the co-creators, cast, produces and crew.

An added feature is the ability to ‘host’ your script within the app’s network, so that other users can ‘hear’ your work. This also creates an opportunity for writers to get their work ‘seen’, who knows Martin Scorsese may just want to direct your piece (unlikely, but you never know).

The app is set for release this month on the iTunes appstore, with an Android version slated for release in late 2015.

Australian rock band Spiderbait have a new video for their song It’s Beautiful shot on the Blackmagic Cinema Camera, with the Blackmagic Pocket Cinema…