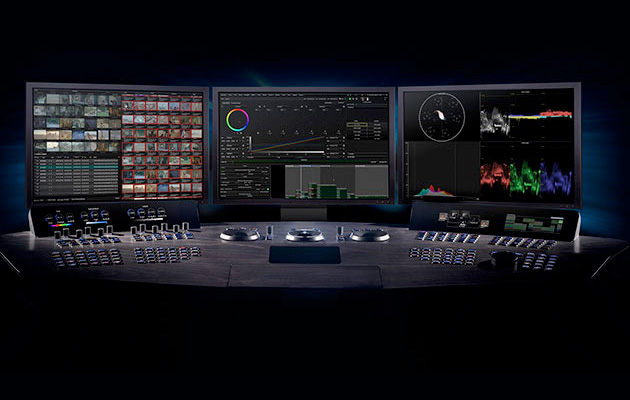 FilmLight has announced a number of exciting details about the latest iteration of its grading system – Baselight 5.0. – which the company says is a “radical step change” in the way professional colourists add values to their projects.

A plethora of new tools (50 in all) will be introduced in the new release, the most exciting of which is the flagship feature, Base Grade. Which the company says is better than the traditional colouring tools of Lift/Gamma/Gain, by using Exposure, Temperature and Balance.

This new approach, the company says “accurately mimics the way the eye appreciates colour” and allows colourists to grade in an instinctive way. The grading controls are said to feel more natural and will result in smooth and consistent changes.

Other new tools include Gamut Optimisation, which allows natural gamut mapping deliverables while avoiding the clipping normally seen, when the colour recorded can’t be displayed on a cinema or television screen.

Along with new HDR capabilities through Colour Space ‘Families’, which is said to simplify the deliverables process to multiple viewing devices such as 4K projection, UHD television or smartphones and tablets.

Remote Grading has also been streamlined, where colourists in different locations collaborate on projects in real-time. Colourists can now browse scenes independently, or pass the control over to a different workstation, with suggested changes then reflected on all systems. Or the master suite can now lock all other workstations, so colourists can follow along on a live grading session.

“Colourists today need a good understanding of colour science to make the most out of the technology,” said Wolfgang Lempp, CEO of FilmLight.

“With Baselight 5.0, we have developed the most sophisticated yet intuitive grading tool. We have pushed our expertise in the science behind colour to the point where our customers’ creativity and productivity is not held back by technical limitations. It’s an approach which is way ahead of anything anyone else is doing in colour.”

Other new tools include:

The new software will be available for all of FilmLight’s BLG-enabled products, including the Daylight dailies and media management platform. Along with Baselight for Avid and Baselight for NUKE in the Baselight Editions range.

If you’re itching to see the Base Grade feature in action, then FilmLight is staging comprehensive demonstrations at NAB2016, at booth SL3829, from 18–21 April in Las Vegas.

Some snowy images of the ‘Blue Line’ shoot (Directed by Jacob Coony). A number of DPA microphones were employed by Production Sound Mixer Peter…