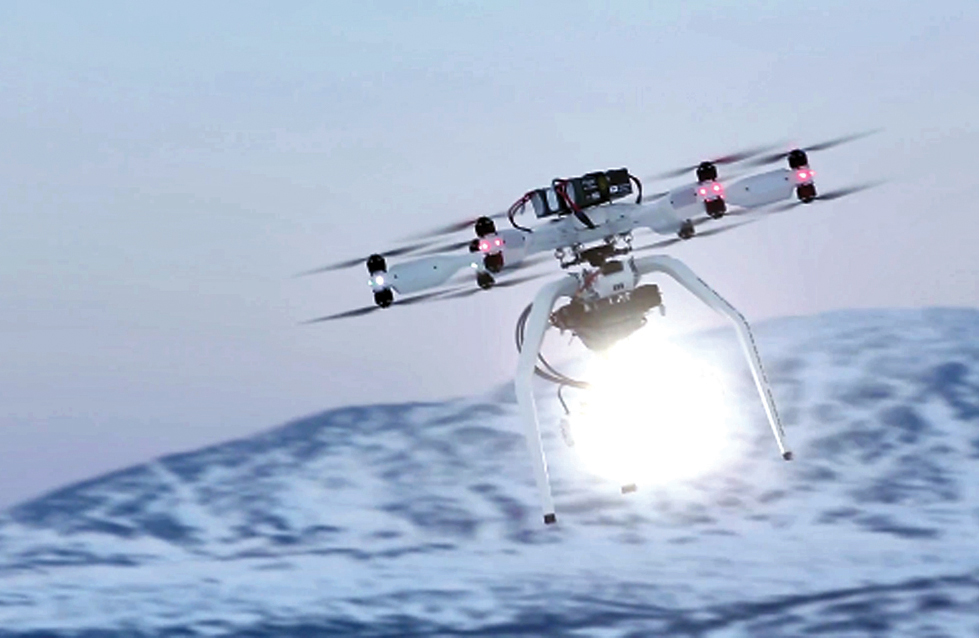 Digital Sputnik will be lighting up Cine Gear Expo in Los Angeles with their drone mountable DS LED Light Heli System. In a co-operation with Intuitive Aerial, using their Black Armored Drone, the DS LED Light System offers unparalleled output and flexibility in aerial lighting. Now a small drone is able to carry a lightweight LED light, output equivalent of 1.5kW HMI. This breakthrough creates a new world of possibilities in creative, mobile and flexible lighting for film and television. The system is controllable over WiFi using an iOS app.

Kaur Kallas, co founder of Digital Sputnik said “Flying the DS LED System creates a whole new concept in lighting for film and television. Never before has it been possible to fly such a high output light source with a drone. The DS team is giving the creative industry yet another revolutionary mobile creative tool, all the while not sacrificing on output and mobility.”

David van der Veen, owner of Het Licht equipment rental house in Amsterdam‚ said “I’m impressed by the build quality as well as the‚ soft but punchy‚ light quality of the DS LED System. Every detail shows that the people behind this system may be new kids on the block, but they show a very serious and fresh intention to be in this relatively new LED lighting business for the long term. DS LED fixtures can be a very sensible addition to many traditional composed lighting packages, to say the least.”

The DS LED Heli System is based on the DS LED Light System. The lightheads are universal and compatible with the DS LED System and DS Mrsik Frames. The ideology behind the DS LED system is to offer more creative freedom in lighting for content creators. Digital Sputnik is achieving this by making lighting flexible, mobile and creative while at the same time not compromising on output and quality.

Sony has hit the NAB floor running (even before it’s officially opened), with a slew of new announcements that include a new 4K broadcast camera,…