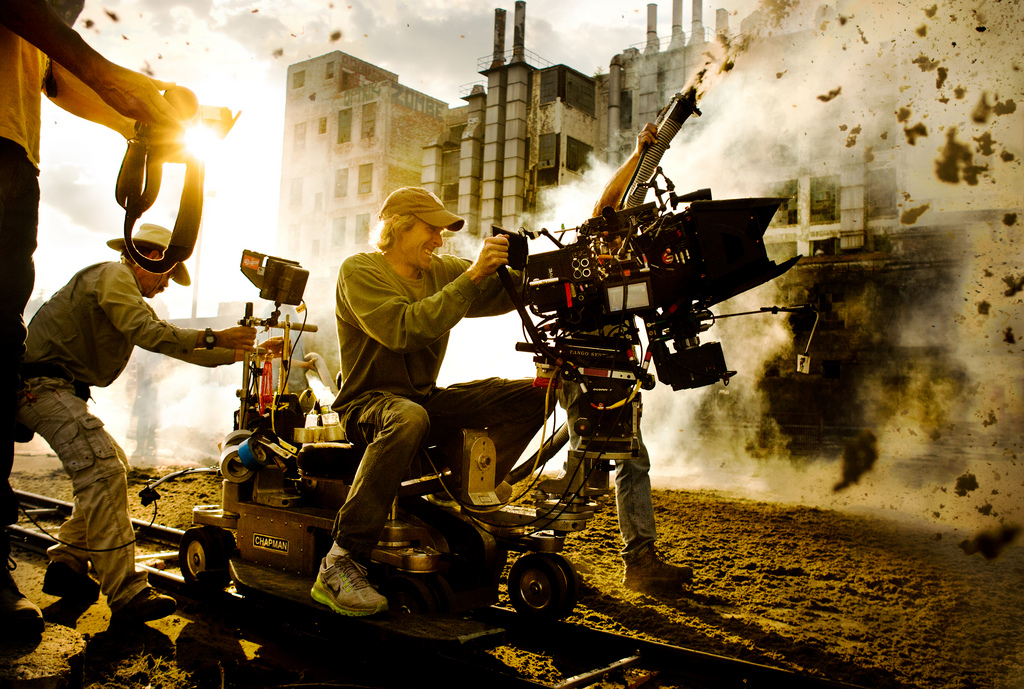 It’s no longer just the 80s classic toys that are made in China, but the Hasbro/Paramount blockbuster’s latest chapter was also partially shot there and is amping up to be one of the best in the series.

The $210 million dollar (USD) cost for Transformers: Age of Extinction was a gamble for Paramount Pictures to take in the age of internet-streaming and low box-office numbers. It’s a big price-tag for a studio which usually only produces moderately priced films.

This has forced the studio to look outside the traditionally US led market for new and greater revenue streams. Setting the Transformers’ marketing machine in motion, the film’s star Mark Wahlberg and director Michael Bay have spent the last week in China trying to appeal to Asian audiences.

“This is now the second biggest market behind the U.S., and the gap between number two and number three is widening,” said Rob Moore, Paramount Pictures’ vice chairman to Variety. “China is getting closer to the U.S. in terms of total box office.” 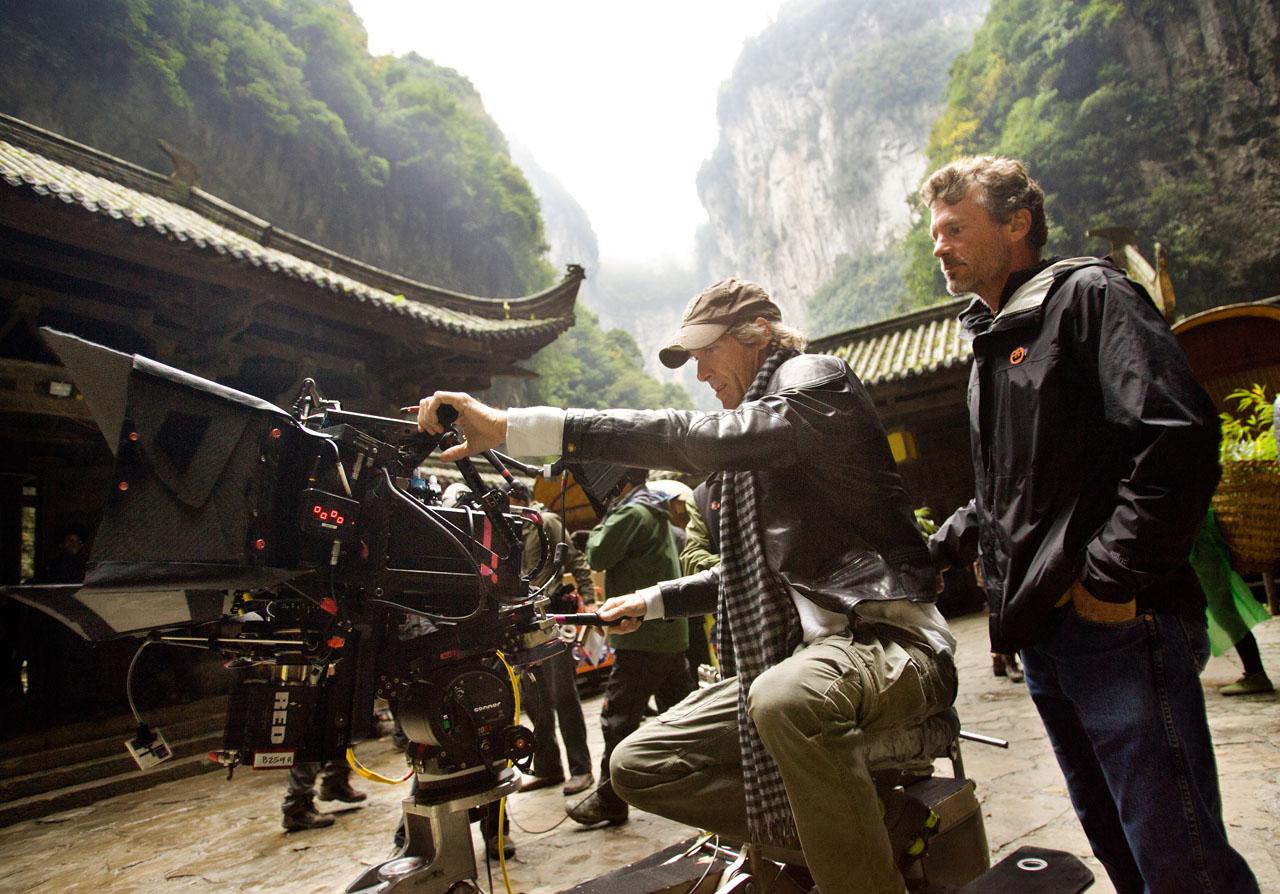 But not everyone is happy with the Transformers move into Asia with a Beijing property developer asking for screenings to be halted and edits be made to the film before its release.

The Beijing Pangu Investment Co Ltd which owns the Pangu Plaza, a dragon-shaped hotel featured in the film, released a statement on the weekend saying that Paramount had failed to fulfil it’s obligations in a sponsorship deal between the companies and two other Chinese associate partners. 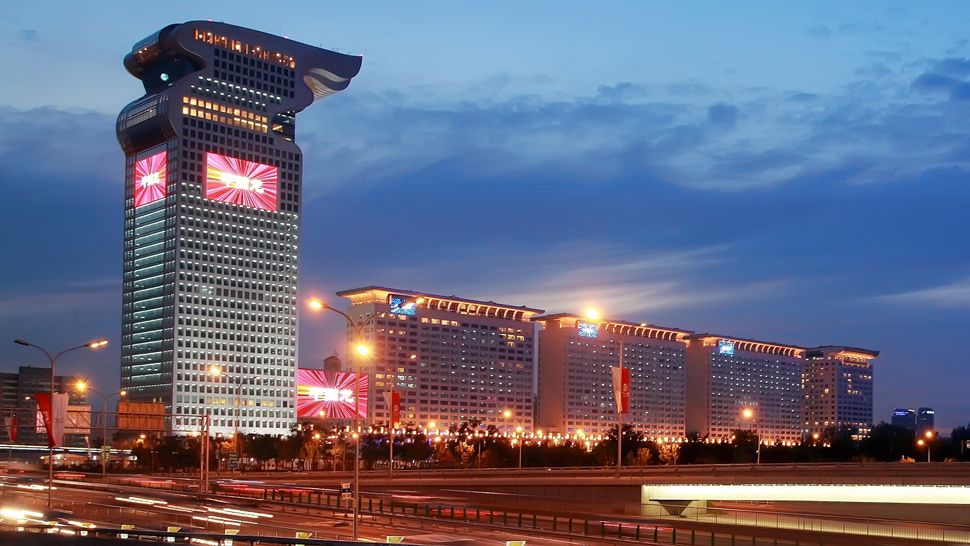 According to the statement, Pangu is suing its partners for contract fraud and demanding that Paramount remove the images of its properties and logos from the film.

The investment company has said it provided 10 million yuan ($A1.73 million) in funding for the film and obligations weren’t met. Those obligations required the film’s premiere to be held at Beijing, in the hotel (pictured above) and to feature the property in the film’s trailer & posters. Instead producer’s decided to hold Transformers‘ world premiere in Hong Kong last Thursday.

Removing the hotel from the film could become a costly problem for Bay and Paramount, particularly if scenes (or explosions) take place at or near it. That cost could run into millions with the loss in revenue from the suspension of screenings in China. This leaves Paramount with only have a few days to negotiate a compromise before the film’s release, slated for June 27th. 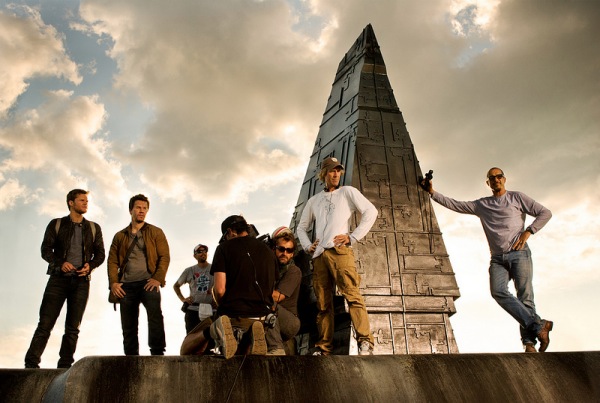 Beijing wasn’t the only city in China used in the film, with scenes taking place in Hong Kong. Bay found the city an intriguing landscape to shoot from, speaking to Collider, he said:

“You know, I just think it’s a cool looking city. It’s such a mixture of amazing buildings next to an apartment tenement, you know? I saw this apartment, I walked in and it was just like a courtyard and I saw more air conditioners and stuff, and I came up with this whole action sequence right there. Like, “Oh, let’s parkour down,” in this great crazy chase where you can literally jump and grab on stuff and hang on stuff and make your way down. So, they don’t really have that here, [in the US] but I just think it’s a different look.”

The latest instalment was shot on a prototype of the new IMAX 3D 4K, 65mm digital camera, which is smaller & lighter than it’s counterparts and offers a 4K true stereo image, meaning that both the left eye and right eye images are captured at full 4K resolution (source).

“We’re the first movie to do IMAX 3D, the new digital camera is a million dollars. It’s a crazy, crazy camera…I love [shooting on] film. I’m still shooting on it, but the reality is that the labs are basically all shutting down, and there’s basically one lab. Fujifilm doesn’t exist anymore. Kodak, they’re bankrupt. Know what I’m saying? They’re not maintaining their film cameras now. It’s, sadly, over,” Bay said. 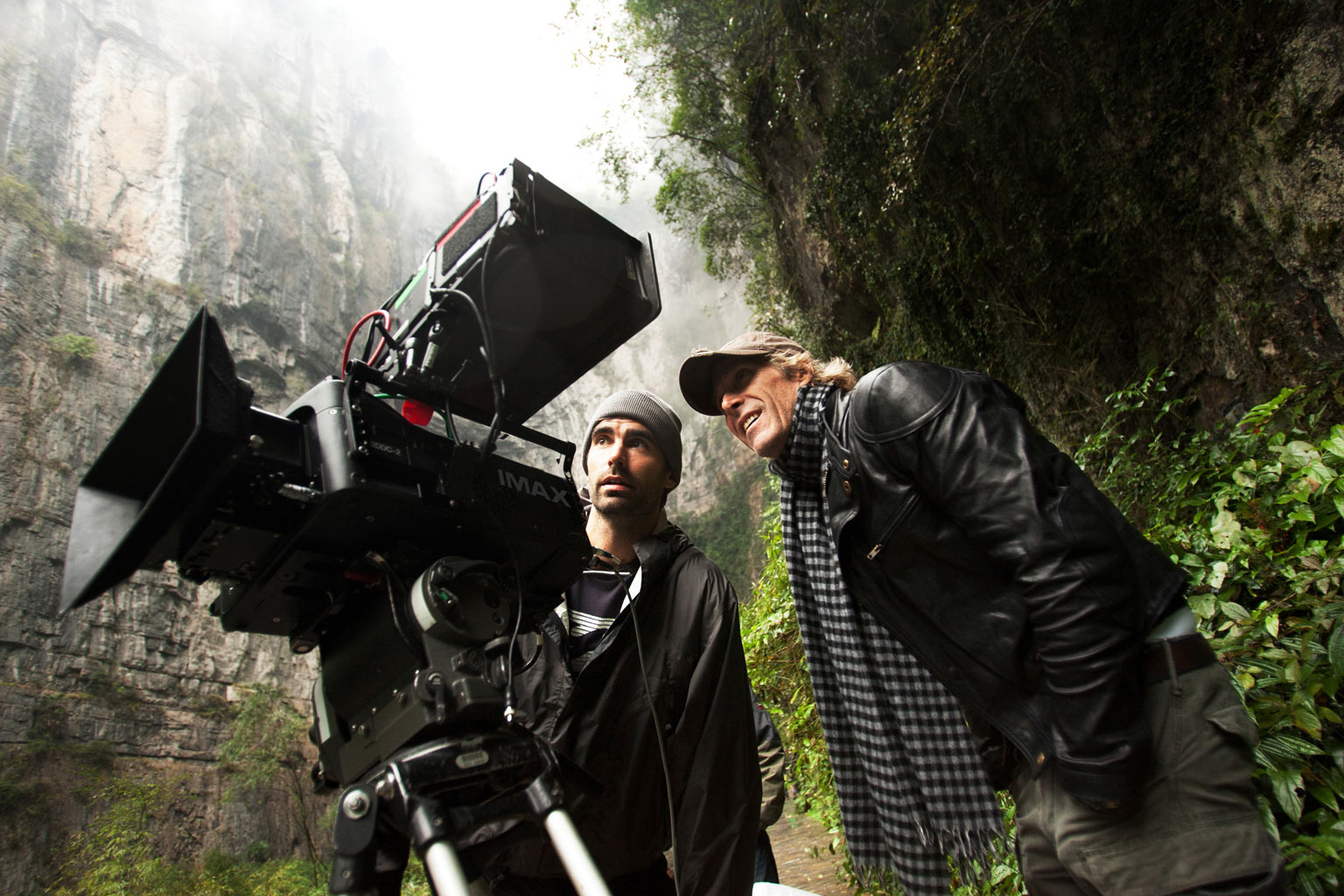 “We’re blown away by what Michael Bay has been able to do with our new digital 3D cameras,” said Greg Foster, IMAX Sr. VP of Entertainment. “With Transformers: Age of Extinction, he takes IMAX 3D to the next level – putting moviegoers smack in the middle of the action as audiences have never seen before.” 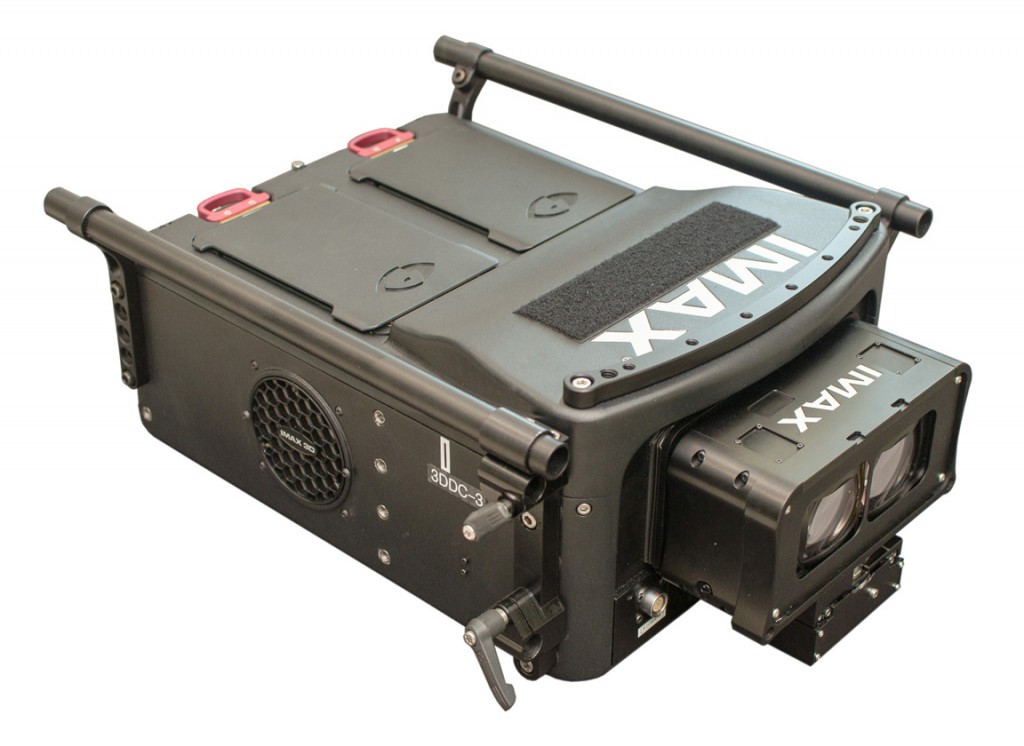 Bay was excited for the blockbuster to be shot on the million dollar 3D 4K camera saying:

“First of all, it’s really good 3D. Do you know what I’m saying? I don’t care what you say, but just doing it on the cheap and converting it is never as good. Most of these movies that were shot in 3D in the summer, most of them converted…Just the technology. The contrast of it is really rich. It’s also the resolution, it’s so beyond anything else.”

However, shooting in 3D does have its limitations, with audiences feeling uncomfortable looking at a constant forced perspective, some complaining of headaches. Bay had to carefully plan each shot with his audience’s comfort in mind:

“3D is always better when your brain has three or four seconds. You get the most 3D effect when it starts about three to four seconds, that’s when it starts feeling 3D. And then what you do, quick shots are always flat. But the weirdest thing is, your brain tricks itself into thinking its 3D, when it’s not. I could give you a test. It just does this weird thing. But fast shots are always flat.”

Due to the constraints of the prototype IMAX camera, Bay has been using RED to pick up the slack:

“Because the IMAX 3D, you can’t focus … it doesn’t converge. It’s like two eyes. You can go look at it, it’s on the Porsche. The lenses can’t get close enough. It’s basically like the human eye, which means it can only photograph about twelve feet away, otherwise it’s unusable. That’s just the way that camera is set up…We did it in regular 3D. Lugging a camera around that’s hand-held”

People don’t shop on Amazon, pick a restaurant on Yelp, or choose a movie to watch without checking the reviews first. Reviews have become…